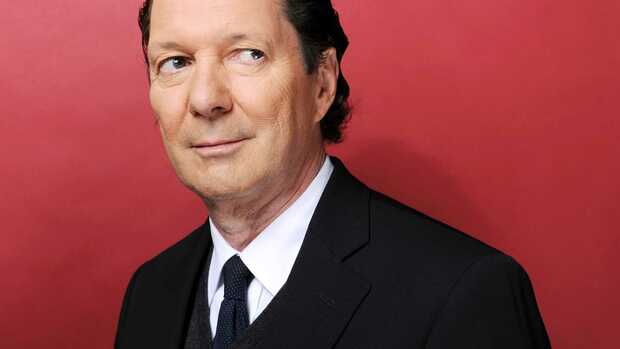 “A little tip,” says Ms. Heitmann, CEO Wendler’s antechamber, to Hesse when he enters her office with his protective mask made of melt-blown PP and ultrasound-folded nanofiltration membranes. “The boss doesn’t believe in masks.”
Hesse remains undecided. “Do I have to take it off now?”
“You have to know that.”
“Would you?”
Ms. Heitmann points to her unmasked face without a word.

After another brief hesitation, Hesse takes off his mask and carefully folds it into the outer pocket of his jacket. Then he enters the oversized CEO’s office. Wendler sits at the meeting table and bundles papers. He looks up and waves to Hesse. He comes closer, stops at the prescribed distance and says: “Good afternoon, Mr. Wendler, long time no see.”

The CEO gets up and approaches his visitor. Breaks the invisible security barrier! Hold out your hand! Coming closer! And?

Hesse’s rights struggled briefly with the promise to his wife Renate not to step closer than two meters and the impossibility of refusing to shake hands with his highest superior. Then he shakes her. “Nice to see you live again, Hesse!”

Wendler has two non-corona-conforming habits. First: he pulls the hand he shakes and with it the whole owner vigorously towards him. Second, he speaks very loudly. Both would be hygienically unproblematic if Hesse had a different name. For example Blumer, Meier, Herold or any other one without sibilance.

When Wendler finally lets go of his hand, Hesse realizes that it was wet. It is probably the tiny change in temperature after the handshake that makes the moisture that Wendler left behind palpable. Isn’t a thin sweat film the ideal breeding ground for viruses?

Hesse forces herself not to discreetly wipe the hand on the trouser leg.

“But ssso sssetzzzen Sssie you can, Hessse!” Exclaims Wendler, grabs a chair on the backrest with both wet hands and pulls it back a little for Hesse. He sits down without leaning.

Wendler is now starting with a detailed recap of the home office months, the current situation and future ones.

Hesse struggles to concentrate on the explanations. One who cultivates viruses on his hands will definitely exhale viruses. He tries to exhale more than to inhale. He may be able to avoid the droplet infection by using different thinking poses with his hand over his mouth and eyes. But he is exposed to the aerosols, which escape with every word of Wendler’s mouth and fill the room as long-lasting suspended particles.

He begins to feel the shaken right hand more and more. She is lying heavily on the table top and he feels the viruses lurking to get close to the mucous membrane. Has he done the thinker poses exclusively with the left? Or did he occasionally use the rights absent-mindedly?

Perhaps he casually takes the disinfectant that Renate always gives him from his pocket, thoughtlessly disinfects his hands, and with his still wet right hand he pensively touches his face wherever he could have touched it.

But how does it affect a boss when his subordinate disinfects the hand that he took so warmly to greet him?

Now Hesse notices that Wendler has stopped talking and is rising from his seat. He hastily gets up and takes the hand that the CEO holds out to him. It seems even wetter to him.

“Forgive me,” Wendler smiles and closes the vial of hand sanitizer that he holds in his left. “Is slowly becoming a mania.”

The management column “Business Class” was Martin Suters entree in the career as a writer. After a 13-year hiatus, he resurrected her in 2019 – using the means of the present day: crowdsourcing, social media and paid content. Handelsblatt Magazin exclusively prints some of the bestselling author’s new columns. You can find more of them and other gems on martin-suter.com, where you can currently register for free.