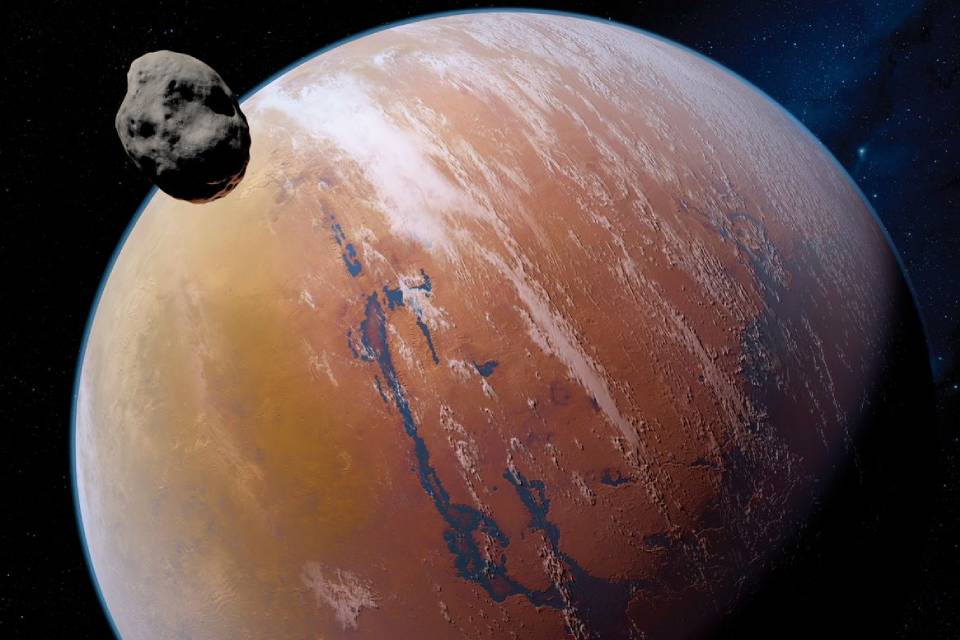 When we think of Mars, it is common to see a desolate region, in which there are only dust and rocks. Even though the water is there, the amount of the detected substance is very small compared to that present on Earth, spread only in layers of ice close to the poles or in underground places. For the time being, the inexistence of life in any form is practically certain, since the thin atmosphere does not protect the surface from the destructive actions of space or maintain elements essential to the appearance of organisms in its lower layers.

However, it is possible that a few billion years ago things were different, reveals a recently published article by NASA. According to him, Phobos, a natural satellite of the Red Planet, is capable of giving evidence of a past that is not like what we see in our present.

Scientists have long speculated that the protective layer of Mars would have been swept into space, but the proof has only just arrived. Thanks to data collected by MAVEN, a spaceship that orbits the territory, and its ultra-sensitive instruments, a team of researchers was able to measure ions around Phobos, a moon just 27 kilometers long at its widest point and covered with craters.

With this information, the team discovered that the components would have originated on the planet, not our star. Therefore, the small inhabitant of the Solar System was in the right place at the right time to keep records of changes that his “father” went through.

“With a sample, we were able to see an archive of the past atmosphere of Mars in the shallow layers of grains, while more deeply we noticed the primitive composition of Phobos”, explains Quentin Nénon, leader of the study. 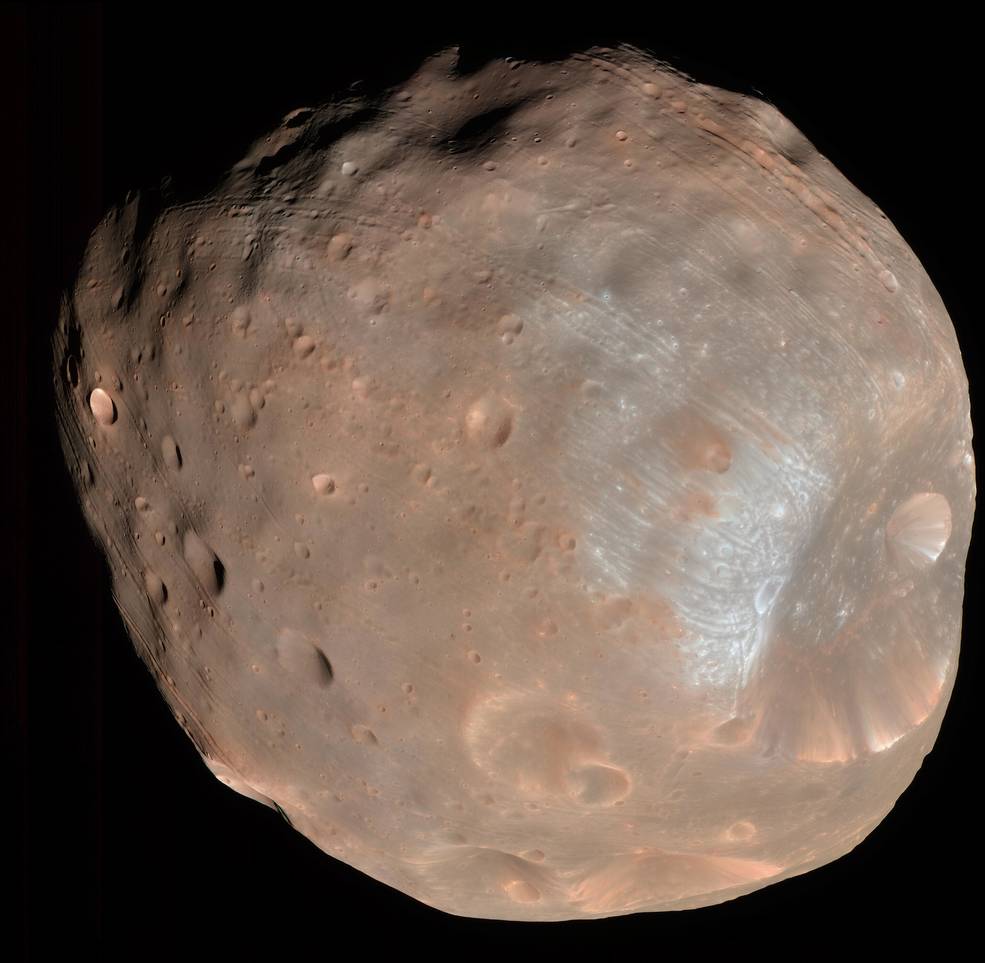 Oxygen, carbon, nitrogen and argon residues are among those identified, distinguishable by their mass. To determine where they came from, the researchers measured the kinetic energy and the velocity of the particles that reach Phobos, since those that come from the Sun are implanted no more than several hundred nanometers, a depth about 250 times shallower than the width of a human hair.

Andrew Poppe, co-author of the article, reveals how this was possible: “What Quentin did was to take advantage of investigations we did on the Moon and other moons in the solar system and apply the same methods to Phobos for the first time. In the Apollo samples, we realized that the Moon has been patiently registering individual atoms coming from the Sun and the Earth.

In addition, he says that the idea of ​​extending the technique came at a time when the internet fell in the laboratory where they worked and everyone decided to chat. When questioning the effectiveness of the action, no one had thought of carrying it out.

Later, Andrew created computational models, and the systems indicated a promising path. Then, in 2019, Nénon joined him to test the hypotheses in the information that MAVEN sent to Earth more than six years ago, with the device crossing the orbit of Phobos five times a day in the analyzed period.

Then, the surprise: the rocks on the side closest to the planet have been bathed in Martian atoms and molecules for millennia, and it has been subjected to a rate of 20 to 100 times more Mars ions than the most distant.

Who tells a tale …

Many questions still hang in the air. Phobos is one of two moons on Mars and orbits the Red Planet 60 times closer than the distance between the Moon and Earth. Where both she and Deimos came from is not certain, and theories suggest that they are asteroids captured by Martian gravity or natural satellites generated by the same cloud that created the planet.

It is also possible that they formed from debris from Mars’ collision with some other space object. In any case, both are witnesses of a story not lived by humanity and, certainly, they have a little something or other to tell us.