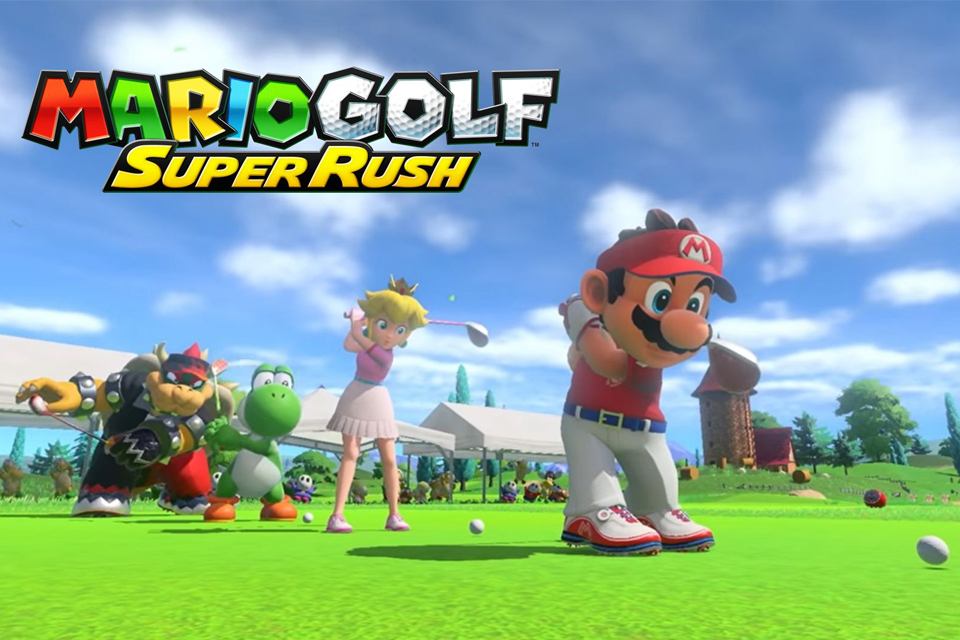 King Midas, one of the main characters in Greek mythology, was known in history as the leader who turned everything he touched into gold. In the gaming world we can create an analogy similar to the franchise Mario Bros..

Whenever we find the insertion of the Mario element in a video game, the possibility of it turning into gold is very high. During the last few decades we had as a great example Mario Kart, which transformed the way of having fun on the racetrack.

We can even diversify the genres, like Dr. Mario, who joined the mustache to the style puzzle and Mario + Rabbids Kingdom Battle, which mixed two distinct universes into a super turn-based strategy game.

Our great Mario ventured back into sports during the arrival of Nintendo Switch. Games from the past received new versions, such as Mario Golf: Super Rush. But is the Midas of games still turning everything into gold? That’s what we’ll find out later.

If you talk to most people who play video games and are into Mario, you can be sure they’ve already ventured to golf courses at least once. Many of them may even hate the sport, but they must have already given the game a chance.

Leaving the gaming world a little and going into the sporting environment, it is difficult to find someone who enjoys golf, who understands all the rules and details of the world circuit. But know that it is a widespread sport around the world, no matter how elite it is.

Incredibly, the rule of golf is quite simple. Whoever manages to put the ball in the holes with fewer strokes wins. Along each hole there is an average of ideal shots, which are determined as “par of the course”. If you do the above, you can be sure it’s not going well.

The fewer shots you can get under “field par” the better. Of course this does not mean a certain victory, as other competitors can reach their number of shots, making the match much more disputed.

Mario Golf: Super Rush it’s not just a golf game with elements of Mario Bros.. The title tries to innovate in several aspects, bringing new game modes, online and multiplayer and even a career mode, with ingredients from roleplaying.

In addition to the traditional 18-hole shots, a few different modes catch our attention. The first one is the Battle Golf. he resembles a battle royale. In it, you will need to pocket the ball in the hole more times than your opponents in a given game time. 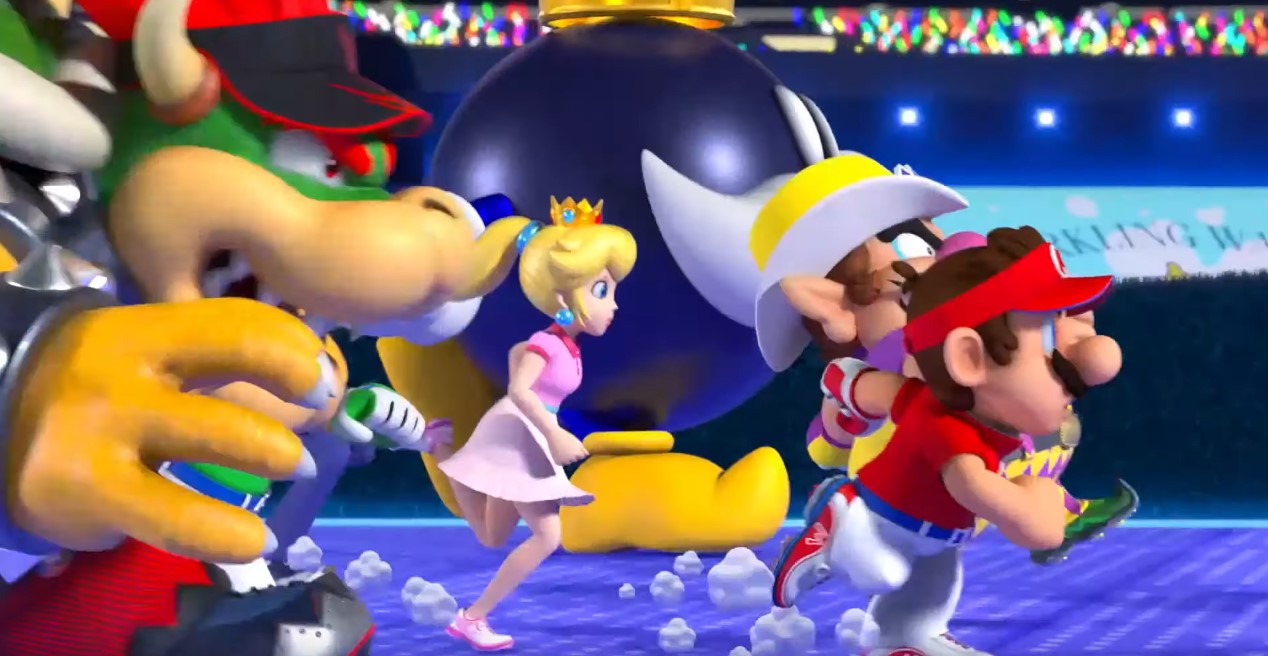 It’s a little confusing at first, as it brings arcade ingredients, like special moves and even a confrontation between characters to see who will hit the hole first. The mode is frantic and a lot of fun, especially if you have other people to play along with.

The interesting thing about it is that there is not just one hole. Several of them appear on the battlefield, making the game adaptable and with a need to build a perfect strategy to succeed.

We also have the Speed ​​Golf, which will make the adventure a real race. In this mode, more like a real golf game, whoever puts the ball in the hole in less time wins. For this, enters a new feature in the game, which is the race.

You have a stamina bar and, right after each shot, you must run to continue your game. It’s a mix of speed, precision and racing against time. just like in the Battle Golf, each character has special moves, which can harm opponents or help you in the dispute. 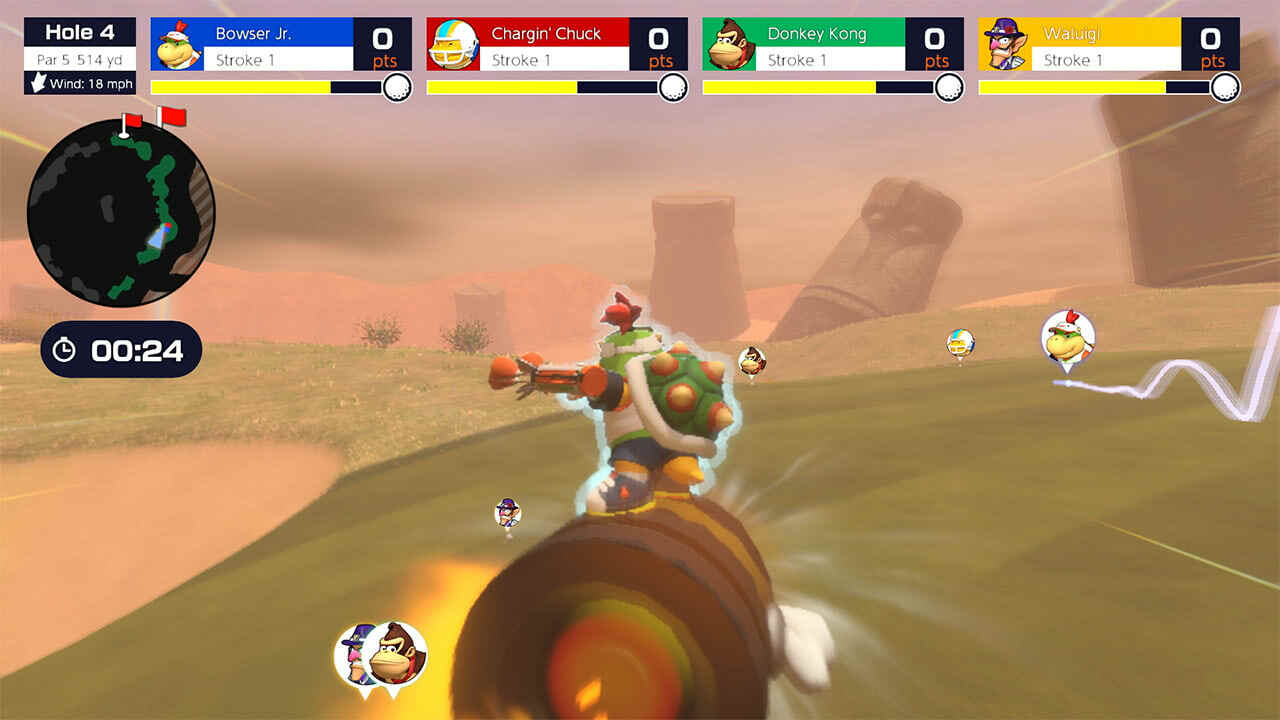 These two game examples help to make the sport more attractive for those who are not familiar with it. In addition, the title has a tutorial full of options and a glossary for specific names of the modality.

Game learning goes live within each of the modes with real-time help during the game. gameplay. At certain times it can be overwhelming, with so much information, but it is necessary, even for those who are used to the sport.

As we explained in the previous paragraphs, Mario Golf: Super Rush brings arcade ingredients that modify the game’s reading, taking it away from the simulation. It was obvious that this would happen, but perhaps Nintendo overreacted a bit. The running and special moves create a totally utopian world.

It is very likely that players used to golf simulators will have difficulty adapting to the title, not because of its difficulty, but oddly enough, because of the ease of the game. gameplay. 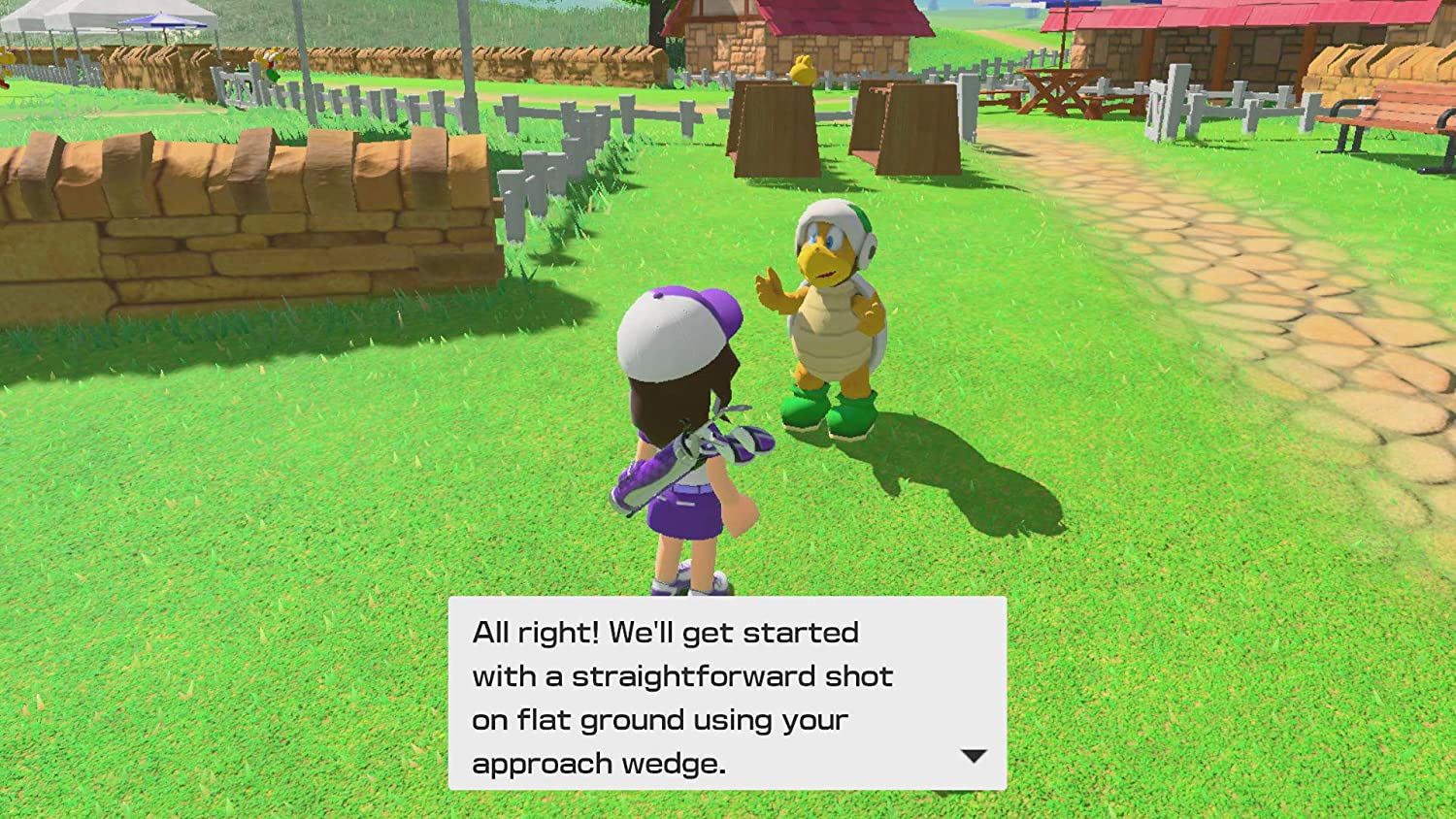 As good as the gameplay is, when playing on joy-con or with the motion controls, it’s notorious that shots are easy to execute. Even being in the green, the unevenness of the lawn does not hinder the use of the putter.

The same happens in the use of clubs. Each of them is specific to a game situation, whether for distance or location from where the ball is, such as a sandbar. The game automatically places the best item to be used.

This makes the game boring and unchallenging, especially if you choose the normal game mode, other than the Speed ​​Golf it’s the Battle Golf. Another disturbing factor is artificial intelligence. When you play a game against the computer, you will notice that it has no play variation. This was made clear in the mode Speed ​​Golf, where you can play against three other opponents.

They all made the same shot to get close to the hole. Always in the same corner of the field. The only difference was the mechanics of force, which put each person’s ball further ahead than the other.

The big icing on the cake in Mario Golf: Super Rush is for Adventure Mode. When starting this type of game, I first felt on a hunting map. Pokemons, by the similarity of the scenery, characters and their vivid colors.

You, a newcomer to the sport, have just arrived at a golf club to learn all the possible and imaginable techniques to be an excellent player. It even has a small room to rest at night, if necessary.

It will be in this club that the player really learns to play, with a robust tutorial and several challenges to be fulfilled. Among them, that of becoming an excellent player. By achieving certain goals, you earn points and can exchange them for attributes to improve your character.

It works like a career mode, with several customization options and modalities. Perhaps this mode delights golf aficionados the most, however arcade ingredients still appear.

Mario Golf: Super Rush It is very suitable for those who like Mario and know a little about the sport. It may even bring some difficulties of understanding for those who are not used to it, but with the excellent tutorial everything is easier.

The insertion of new modalities and arcade ingredients should keep golf simulator lovers away, but also have a lot of fun for those looking for 100% entertainment. The ability to play with friends can help a lot in the replay factor.

I believe that this time the Midas king of electronic games weighed a little in his hand. It was very close that the game didn’t turn to gold.

It’s good to put Mario on the run, otherwise you won’t win

Mario Golf: Super Rush has been kindly provided by Nintendo for this review.