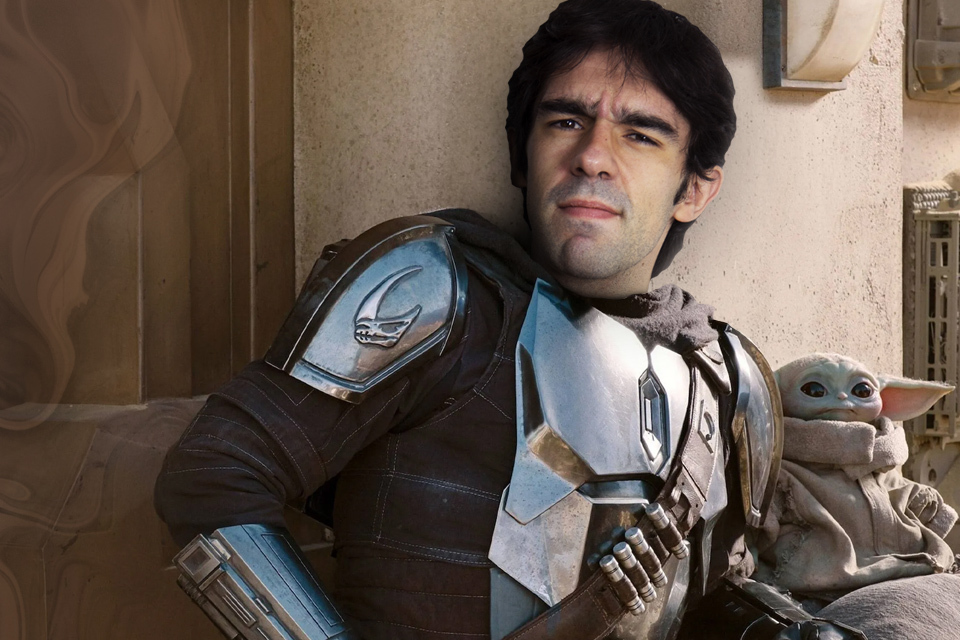 The second season of The Mandalorian ended in late 2020 and left fans of Star Wars very excited about the result of the series and the future of the franchise in streaming. And look, I’m not just talking about Baby Yoda, the quality of the production created by Jon Favreau for Disney + is not the only good news about it all.

It has a technology used in filming that can revolutionize cinema and television, and it should be used a lot more now in 2021. Basically, this technology is a set of screens with pre-filmed and rendered content in real time that work as a background and a perfect setting for recording.

This is the best possible replacement for green or blue screens, as it ensures more realism in performance and makes everything seem a little less artificial. The official name of the entire set used in The Mandalorian it’s Stagecraft, but it’s also called The Volume. 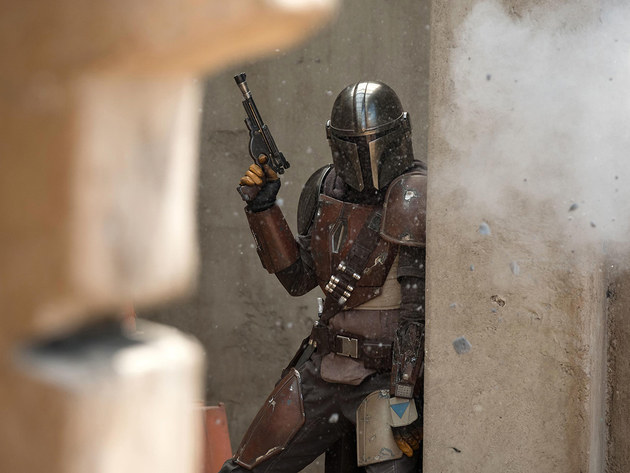 This is a project created by Industrial Light & Magic, which is the special effects company founded by George Lucas, and Epic Games, yes, the developer of games like Fortnite, also creator of Unreal Engine.

In all, the main component of this scenario is approximately 6 meters high and is a wall with a curvature of up to 270 degrees, made with 1,326 small LED screens. The ceiling is also made of LED and the floor used for movement has a diameter of almost two meters, formed by some objects made by the team and built before by the production team, such as tables and decoration, depending on the scene.

But what is projected on that screen? They can be pre-recorded location videos, but the biggest asset of this technology is to display scenarios, objects and other pre-rendered computer graphics elements in real time, in a technology that not only looks like a video game, but on a much larger scale.

The 3D environments created by the special effects company are displayed thanks to a device that uses NVIDIA graphics cards to reproduce extremely high resolution images in real time.

A tracking device helps in positioning the cameras and moving the scene, so that everything happens at the same time and also spatially synchronized. That is, it is not a video displayed on a screen, but an environment generated with independent objects, which can move according to the director’s order.

At the end of the day, it’s pretty much what it looks like: the camera films both the actors and physical objects and the screen behind with the projection, and the result makes it look like these elements were all together at the time of recording.

Stagecraft still allows for more complex and daring camera movements, not just fixed shots. But it is important to leave one thing here well explained: the background screens are not new things in the cinema. Just take any old movie with characters riding in a car to see how this is a trick trick, but that could still evolve a lot.

Jon Favreau already wanted to use renderings previously made in his live action remakes of Disney productions, such as Mogli and Leão Leão, but this technology just wasn’t ready yet.

Another positive point is in the lighting. The LED screens that are part of Stagecraft have a very high resolution and an intense brightness, which reproduces the complex lighting of a scene very well. Several of the elements that would have to be fixed in post-production already appear ready, and that in Mandalorian was very important, as for example, the protagonist’s beskar armor is complex in terms of reflection and each planet has its own colors.

The use of renderings helped a lot not to have to change the equipment settings so much with each new scene or to have to configure everything only after recording.

In addition, because of the modular curvature, the screen wall really “embraces” the actor and the peripheral vision is all composed of the content, helping in the immersion of the cast. It looks like a 3D environment, almost a virtual reality experience for him. And Star Wars used it from simpler scenes, like a villain’s room, to complex decks used for ship repair.

Although we have no idea of ​​the costs, one thing is certain: this is not exactly a cheap technology, but it is certainly much more economical than preparing very varied locations of overproductions that require very different scenarios, like a desert, a place with snow , a distant planet and so on. This cuts the value of travel, time and set preparation a lot.

And since changing environments is also faster, you can even speed up filming and reduce the time that actors and staff spend on the site, which is even recommended in times of pandemic.

And look how it has already given results: about half of the entire first season of O Mandaloriano was filmed using this technology, which already generated excellent results right on its debut.

And the chroma key?

Well, green or blue screens are still a useful and mainly inexpensive resource. However, the public demand is increasingly greater in relation to this type of effect and, even in expensive and modern productions, you can see when the actors are clearly not in the same scenario as the background, or interacting with some objects of pure computer graphics. .

Even the performance is impaired, since many of the reactions and expressions come from the director’s orientations and the actor’s improvisational capacity. Apart from all the enormous work that must be done in post-production, when funds are replaced and the team needs to make several color and reflections corrections.

Unreal Engine can make other partnerships with more studios, since its technology, called Project Spotlight, can be applied in the most diverse cases. And now in January 2021, Sony has announced that it will market panels of the Crystal LED line that can be used as backdrops in the same style as that used in the Star Wars series. This is the first of many steps for this technology to become popular and revolutionize the way of working for many studios in film and television.