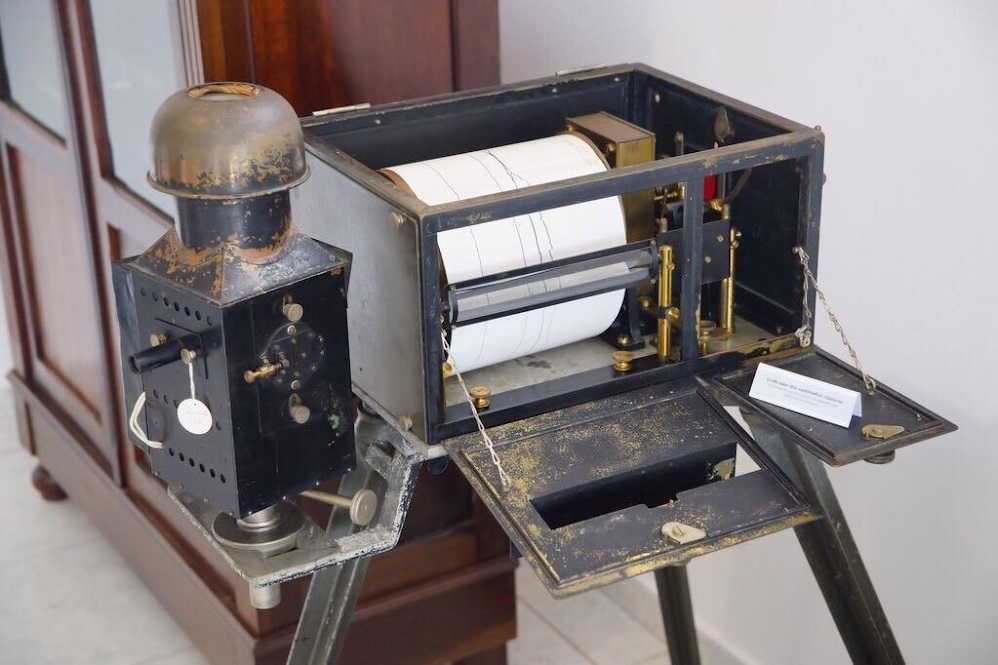 In the search for understanding the South Atlantic Magnetic Anomaly (AMAS), which is located over Brazil, researchers from the National Observatory (ON) are digitizing and cataloging more than 32 thousand magnetograms made in 92 years of activity. These records help to analyze, for example, magnetic storms that occur in the country.

Digitization of a magnetogram made at the Magnetic Observatory of Broomsticks.Source:  Archive ON/Playback.

Magnetograms are paper records of graphical variations in the Earth’s geomagnetic (CG) field. They are obtained by geophysical instruments and each corresponds to a 24-hour measurement period.

This will be the first collection of scientific data on the geomagnetic field obtained in a systematic way — with data gathered since 1915. The initiative to archive all these measurements digitally — creating the largest collection of CG variations in Latin America — is a partnership between ON and the Museum of Astronomy and Related Sciences (MAST) and the Institute of Astronomy, Geophysics and Atmospheric Sciences at USP (IAG/USP).

According to researcher and doctor in Geophysics Daniel Franco, who coordinates the project at ON, the stage of acquiring high-resolution images is halfway through. For this, an algorithm for extraction and resampling of geomagnetic data was developed, which is already in the testing phase.

What are the CG and AMAS

It was the English physicist William Gilbert who discovered in 1600 that the Earth has a magnetic field and basically behaves like a large magnet. The origin of this field and its consequences have been studied since then.

CG is extremely important for life on Earth: it contributes to the maintenance of the atmosphere and serves as a shield for high-energy particles emitted by the Sun and other regions of the galaxy. It protects aviation equipment, satellites, communication and navigation systems from so-called magnetic storms.

It is already known that the formation of the Earth’s magnetic field occurs mainly from the movement of liquid iron and nickel currents in the planet’s outer core, under conditions of very high temperature and pressure. In the inner core of the planet, solid, we have mainly iron. The movement of this material generates powerful electrical currents that produce the Earth’s magnetic field.

But the CG has a major abnormality, the AMAS, which covers a significant part of the South Atlantic Ocean, South America and Africa. She is one of the main “flaws” of the CG. In this region, the field is abnormally low — which facilitates the entry of electrically charged particles from the solar wind, resulting in a greater risk of accidents involving artificial satellites in orbit, space and intercontinental flights. 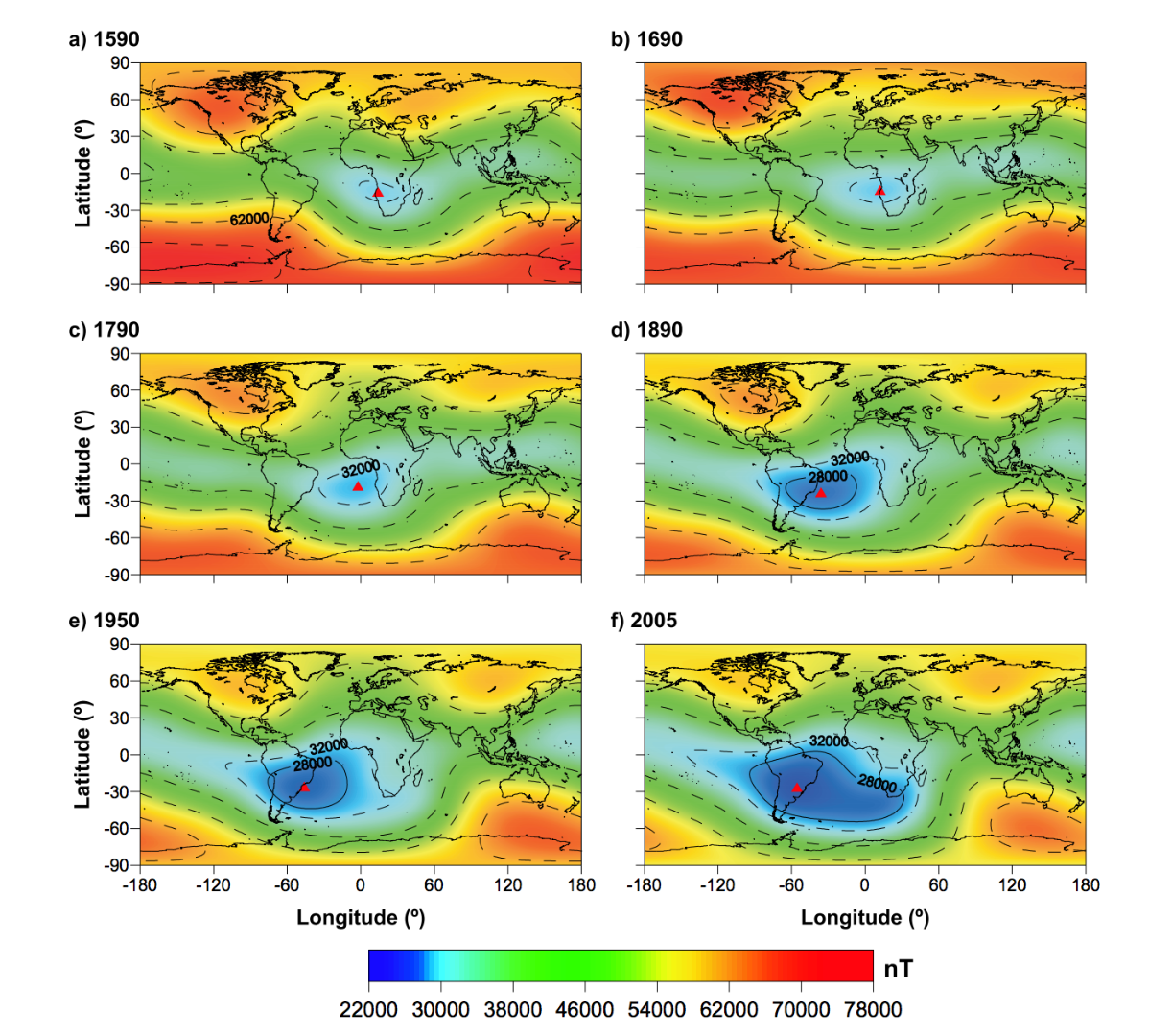 AMAS map showing its movement in the last centuriesSource:  GELVAM A. HARTMANN and IGOR G. PACCA/Reproduction.

Studies carried out over the last twenty years show that AMAS has been moving towards the west: it crossed the South Atlantic over four centuries, and began to occupy an increasingly larger area. The field inside the anomaly has been decreasing more and more.

“From the 20th century onwards, the AMAS center began to pass through the south of our continent, which makes the magnetogram record obtained by the Magnetic Observatory of Broomsticks especially relevant for the study of this AMAS migration and its evolution,” explained Franco .

The data from Brazil are of enormous value, because they cover an area that has little available geomagnetic data (through measurements from magnetic observatories), and the collection of information has been carried out for over a century. With the data, researchers can develop studies in geomagnetism and, in the future, contribute to discussions about the possible impacts of the anomaly on society.

The physical collection of magnetograms will be available in the ON library. The data will be accessible to both the scientific community and the general public.