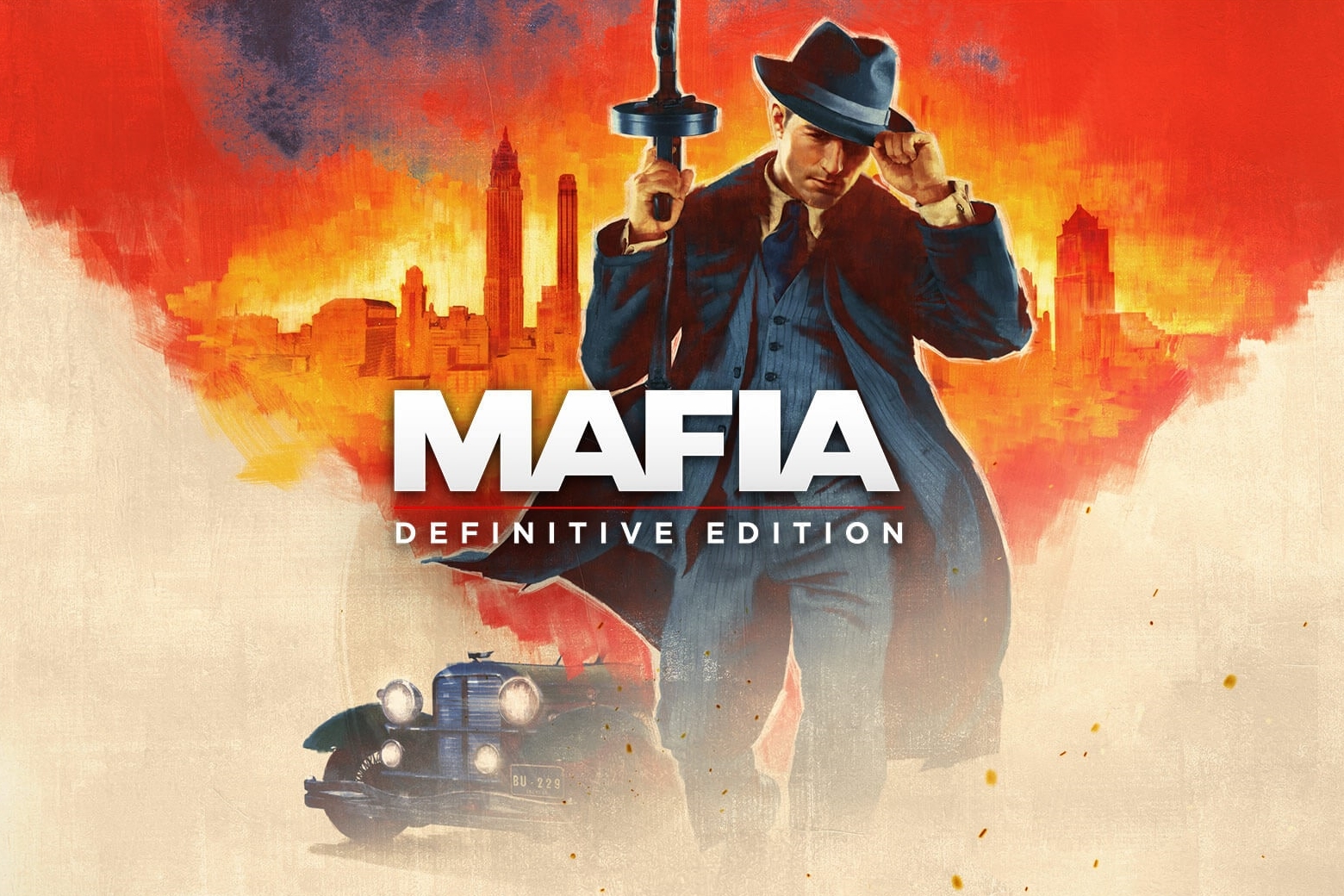 I remember 2002, the year in which Brazil won the fifth championship, and when we received the masterpiece of Lord of the Rings, by J. R. R. Tolkien, in theaters. However, it was also when I enjoyed Mafia for the first time. And now, 18 years later, I had the privilege of playing the new version made by Hangar 13.

So, put on your gangster hat, your black suit and prepare yourself with this analysis for a trip back in time, more precisely for the period when Italian mafias took over some neighborhoods in the United States.

You are Tommy, a young taxi driver who, despite the difficulties, lives a good life. He is already used to being mistreated by surly clients who have no love for life.

However, his trajectory would change dramatically from one hour to the next, after being halfway between two mafia families in the city of Lost Heaven: Salieri and Morello.

One of the gangs invades your work environment and points a gun at your head. Drive! His specialty is driving that charming taxi from the 1930s, but this time you will have to drive your car in the best possible way so as not to be shot by. But it is good to be successful on your journey, otherwise your passengers will not be happy. In short, if you run the bug, if you stay, the bug will eat.

After escaping and being rewarded for the task, Tommy Angelo’s thoughts are divided on whether to continue his peaceful taxi life or have a luxurious life upon entering the mafia world. The choice does not seem difficult, since the period comprises Prohibition and the Great Depression that devastated the United States.

The story is basically the same as the 2002 version, with all the ingredients that marked the classic. As much as Hangar 13 has expanded, the main arc of the taxi driver’s life has been maintained. In fact, you can notice some changes in the old dialogs, with the insertions of the company practically doubling the playing time.

In the classic, the story could be completed in about 15 hours, however, in Definitive Edition, the possibility reaches practically 30 hours. Of course, everything will depend on your style of play, after all, some prefer to explore everything in the world of Lost Haven, collecting items and getting to know the city, and others do not.

When Mafia was launched in 2002, the world of sandbox games was still unimaginable, very different from what we currently follow in games like The Witcher 3 and GTA 5.

Gigantic maps and a vast possibility to search places and items was practically impossible, so it is important to note that Mafia its adventure is divided into chapters and the progression of the story depends entirely on the completion of each objective.

With the current head in mind, the developer implemented a mode called Free Direction. The idea was excellent, mainly to note all the graphic details and the immersion presented, something that we will detail later on. However, it is boring and boring, serving only for a walk, because I could not find fun in blowing things up, machine-gunning people in the street, or simply collecting magazines.

In the initial menu there is still the Veiculopedia. In it, you can check the cars available to drive in the game, as well as trucks and motorcycles. There’s even an ice cream truck to take a test drive!

In Mafia Definitive Edition, we found the graphics engine of Hangar 13, the company responsible for remodeling the entire game, both visually and mechanically.

The engine is an evolution of the same used in the third title of the series, which for those who remember it, received many criticisms regarding optimization, and the same happens with the current title.

Even testing on a computer with an RTX 2080ti video card and an i9 9900k processor, the gameplay of Definitive Edition has sharp drops in performance, in 1080p and 4k, when the settings are at maximum.

At 1080p, the game practically runs at an average of 60 fps, but only indoors. In the open world, some drops reached 35 fps. Interestingly, when testing in 4k, the game ran between 40 to 45 fps consistently and with few drops in the open world.

In animations, there is a consistency of 60 fps in both 1080p and 4k, but the flickering caused on the screen draws attention, and were also noticed in Mafia 3.

Despite the optimization problems, the game was beautiful. Remember that we left a limitation of 1 Giga and 200 megs for a jump of 36 Gigas and 700 megs. It is more than 30 times the graphics capacity of the classic.

We can also say that the work done by Hangar 13 is commendable, if we take into account what the game really was. Probably, the fact that the title is not a direct conversion, but a total recreation, helped in the execution of this masterpiece. It is probably one of the best works of recovering an old title for current generations.

All details are present. It is possible to notice the dedication of the company in each particularity, either with the main character or with the supporting characters. Cars, weapons and objects have a level that I would never imagine seeing.

It should be noted that regardless of the resolution you are using, 1080p or 4k, the service provided was top notch. It is also worth mentioning the open world scenario. All the details of the buildings, constructions, shops, pedestrians and streets were redone in the best possible way. Other factors can be seen very well, such as the work done with lighting, shadow and reflections.

Only a few problems with lighting appear when you play in 1080p, usually occurring during a transition from a dark place to a lit place, but nothing that gets in the way of the game.

Lost Haven’s liveliness is intense, bucolic and stunning. The representation of the 1930s, when the United States lived through the Great Depression, shows a city on the side of wealth and poverty. The beauties found in Chinatown and on the outskirts show this.

Thus, the immersion factor, which is accompanied by the beautiful weave, transforms Mafia Definitive Edition a must-buy for lovers of the genre.

Gameplay: not everything is flowers

The great Achilles heel of the engine used by Hangar 13 is in the gameplay. As in Mafia 3, we perceive a system that is stuck and not very responsive, and even though it is better than the third title, it is still far from ideal.

Unlike the classic game, the company has implemented a coverage feature, which is ineffective in the face of the enemies’ artificial intelligence, as both are not congruent and hinder the moment of action.

It is easy to see the gameplay problems when launching a Molotov cocktail, climbing on a box or on the roof of a house. During some movements it is possible to notice frame breaks, which give a strange impression in the optimization of the game.

Vehicle physics can be considered acceptable. At various times, the impression we have is that we are always driving on a wet track. There is the possibility to edit the piloting experience, making it more casual or closer to the simulation. One of the novelties present is motorcycles. Now, instead of driving a car, you can venture into the streets of Lost Haven on two wheels.

For those who like the genre, Mafia: Definitive Edition it can be considered, as its name says, a definitive work. Even with some problems in the gameplay and optimization, the immersion factor, the history and the various possibilities available throughout the adventure make the game a must for fans. It is as the title of this text says and it also corresponds to the first chapter of the game: an irrefutable proposal.