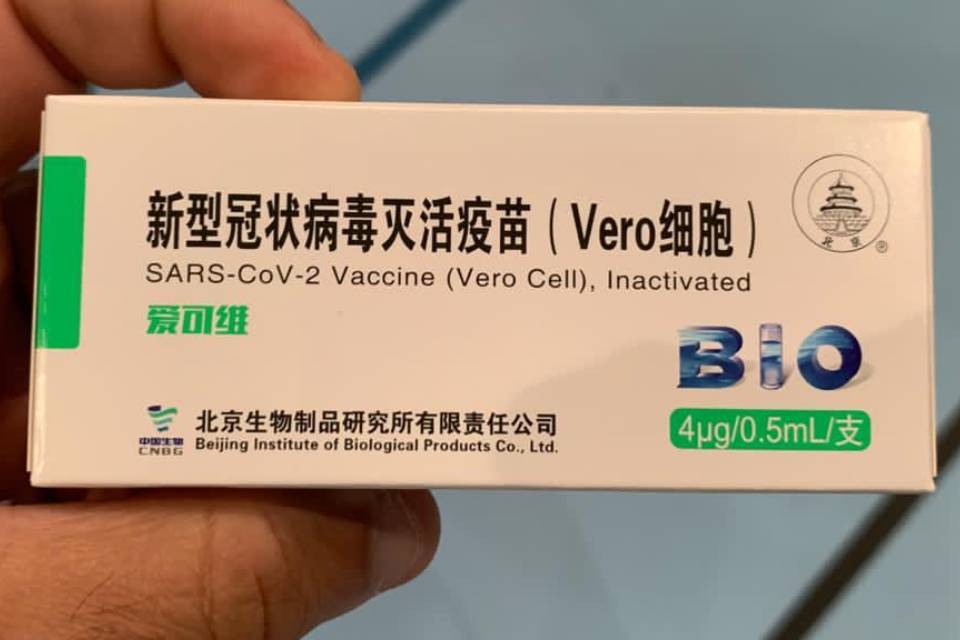 This week, the news went viral that an alleged counterfeit vaccine against covid-19 was being marketed in Madureira, a neighborhood in the city of Rio de Janeiro, but Marco Faustino, a journalist and contributor to the fact-checking website E-scams, decided to research this story and shared his impressions on his Twitter profile. According to the professional, the content is false.

“From the beginning, this story had a gigantic ‘red flag’: a single photo. Just a photo? No video? What about the application? And the photo of the certificate?”, Asks Marco, who adds: “If this were so common, given the ‘blind belief’ (to put it another way) of people, hundreds would have already bought and several photos and videos would be popping up there, but there is absolutely NOTHING. A part of the press gave voice to mere anecdotal evidence “.

In addition, he indicates, the site linked to the article would be linked to other information without basis.

It is not true that a vaccine against Covid-19 is being sold in Madureira, RJ.

The photo that went viral was taken in Abu Dhabi at a “vaccination event” promoted by Palms Sports (https://t.co/rjHpoZy84E / https://t.co/JgGgyG77r2).

Look at the box and the gym floor. pic.twitter.com/z3cDVoDwbu

Where did the photo come from?

Faustino explains that the image in question was taken in Abu Dhabi, the capital of the United Arab Emirates, during a “vaccination event” promoted by Palms Sports, which offers sports training programs. To prove it, it included, in its considerations, the video posted on December 14 by the organization.

“I talked to two athletes from Palms Sports, who assured me that this is the same gym where the vaccination event promoted by the company took place. They said that ‘everyone’ took pictures / videos with the vaccine box. Both were helping to find the author “, he clarifies.

O TecMundo contacted Faustino, who stated the following: “This case is very emblematic, because from the beginning there was only one image and one account (anecdotal evidence): that of a cultural producer who claimed to have even talked to the street vendor. And only this is a red flag gigantic for any article, regardless of the subject. Very fragile”.

“Reports are very complicated to be analyzed, because they are usually very subjective. Part of personal experience, moment, fractions of seconds, which are not always satisfactorily documented”, considers the journalist.

“In this case there was an image as a ‘proof’: a vaccine box from Sinopharm. This limited the search behind the image. In an ant job, we arrived at the Palms Sports event in the United Arab Emirates. Identical box, same floor. image I shared was extracted from her Instagram stories (Vacina Tour) “.

“A part of the story claims that several people would have heard or seen street vendors selling the vaccine in Madureira. However, such reports only appeared after the publication of the cultural producer, who in turn deleted it on Facebook. Who are these people? Are they comments on social networks? “, asks the professional. “Imagine if I say I saw a Bigfoot and played with his kids. He told me he was divorced, but asked not to be identified. Did it happen?”

As for the possibility that situations like this may occur in a future moment, Marco is adamant: “It is important to highlight that it is expected, in a way, that false vaccines appear in the parallel market, but when that happens, the press needs to be properly prepared for that. It needs to be checked before it is released “.

O TecMundo also got in touch with Cristina Tardáguila, deputy director of the International Fact-Checking Network (IFCN), who stressed what she considers a real “snowball”, harmful to everyone involved: “Spending this very important cartridge puts us in a dangerous situation, like the story ‘Pedro and the Wolf’, in which, when something really happens, nobody else believes “.

“The coverage on vaccination and covid-19 requires a much higher degree of care so as not to lose credibility when the facts really occur. The public correction policy needs to be applied as soon as possible. It is necessary to recognize failures as soon as possible”, he concludes.