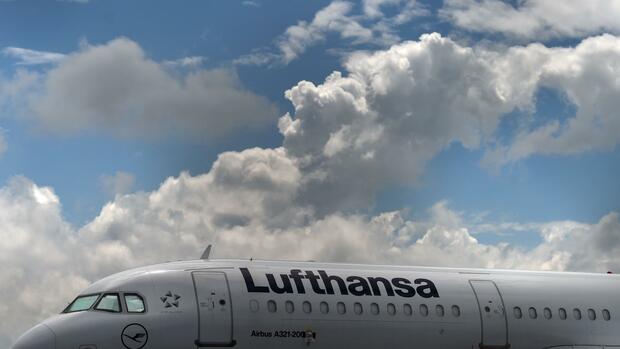 Frankfurt It should be a deal that goes down in history. A Dax corporation is saved by the state with nine billion euros, as well as almost 140,000 jobs, and a considerable return is still achieved for the taxpayer. But doubts are growing that the rescue of Lufthansa in this form can become a reality. The necessary approval of shareholders at the Annual General Meeting next Thursday is shaky.

The goal: The framework conditions for state aid should be improved. But no one knows whether it will be enough to satisfy Thiele. Although he had requested renegotiations, he was also disturbed by the federal government’s planned stake in Lufthansa with 20 percent.

There is not much scope, says Berlin. The package is standing. However, Lufthansa can point to better conditions in the rescue package for the Austrian subsidiary AUA, which has promised to invest more in environmentally friendly aircraft. This could be a compromise line in Germany, the federal government could use it to counter criticism of the aid package.

In Germany, the federal government placed less emphasis on environmental factors and more on returns. “The federal government is maximizing profits here,” said a person familiar with the processes. At 2.56 euros, the subscription price for federal shares is only around a quarter of the current price level.

In addition, four percent will fall due for silent deposits in the amount of 5.7 billion euros in the first two years, after which the rate will increase to 9.5 percent from 2027. The package will add an additional one billion euros to the group in the coming year alone and repayment costs. Cutting interest rates would be a great relief.

Lufthansa boss Carsten Spohr had already pointed out the difficult situation to decision-makers in Berlin last week. He made it clear that if the rescue package was rejected by the shareholders, there was an acute risk of insolvency, the company said. If major shareholders declare Thiele before the shareholders’ meeting that he will vote against the proposed state participation, Lufthansa would have to apply for bankruptcy.

The danger is great: Union Investment and DWS have stated that despite concerns about the conditions, they want to agree to the federal package – due to the lack of alternatives. The important voting rights advisor ISS also argues similarly. However, the decisive factor is how many shareholders will be present.

Do other shareholders say no?

A letter from CEO Spohr, sent to employees on Sunday, said that they now knew that the attendance at the Annual General Meeting on Thursday would be less than 38 percent. Spohr writes that he is very aware that the events of the past few weeks and the current situation have caused many to be very concerned: “I would therefore like to reassure you today that we will continue to work closely this weekend and in the coming days Exchange and constant dialogue with the federal government and our largest shareholders. “

In the event that there is no approval at the Annual General Meeting, “we have made extensive preparations, among other things to prevent grounding.” Management would also use the remaining time until filing for bankruptcy to provide options with the federal government discuss.

The crux of the matter: The contractual agreements with the federal government stipulate that the package requires a two-thirds majority if the presence is less than 50 percent. At the last shareholder meeting, the attendance was a modest 33 percent.

With the 38 percent now expected, Thiele owns significantly more than a third of the voting shares. And the Munich-based entrepreneur may even be stepping up before the Annual General Meeting. Last Thursday he sold eight million shares in his company Knorr-Bremse. What he wants to use the proceeds of around 700 million euros for is open.

At the same time, it is reported in financial circles that Thiele acts in concert “with a large US investor”. It is not known who that is. In any case, Lufthansa is preparing for the worst. Within politics and companies, however, participants point out that Thiele, as the largest shareholder, might not be interested in insolvency. Three scenarios are now emerging.

On the one hand, the entrepreneur could agree to a capital increase, the state would take a 20 percent stake and Lufthansa would have access to nine billion euros. The rescue package would be waved through. It is still unclear how this can be handled legally if improvements are actually agreed on Monday.

Formally speaking, this changes the “subject” that is put to the vote. The shareholders would hardly have time to analyze the new situation. This could necessitate a postponement of the general meeting. Or the package is presented to the shareholders with the note that “improvements” could be implemented afterwards, but in no case a worsening of the conditions.

It is also conceivable that Thiele abstains. His votes would then not be counted, even then the way would be clear for the aid package. Thiele, in turn, would have expressed his criticism of state participation. And his abstention could be helpful if he later wants to use the lawsuit to obtain better conditions for the aid package or compensation for the existing shareholders.

Finally, the third option is rejection – with the inevitable consequence of the bankruptcy of Europe’s largest airline. This would probably be designed as a so-called protective shield procedure. The aim is to reorganize and continue the company. Management and the administrator appointed by the court would have to draw up a restructuring plan within three months. This must be passed by the creditors and formally confirmed by the court.

The entrepreneur and major shareholder of Lufthansa could probably prevent the rescue package for the airline at the annual general meeting.

As a shareholder, Thiele would be treated subordinately to the lenders. However, the entrepreneur could offer a bulk loan, which is necessary to continue the business. Lufthansa would certainly need several billion euros. Thiele could later convert this loan into equity capital and thus expand his control over Lufthansa.

But the associated risks are significant. So it is by no means said that the administrator will use the bulk loan from Thiele. The money can also come from banks or, as in the case of Condor, from the state. In any case, the federal government should try to provide the bulk loan itself. Since Thiele is not a gambler, he will be aware of these risks.

It is more likely that Thiele has a well-conceived plan to secure power at Lufthansa in the medium term and thus set a memorial. It is well known that Thiele appreciates an entrepreneur: Herbert Quandt. At the end of 1959, he saved the car manufacturer BMW, which was badly hit at the time, in a very risky campaign. The maneuver made industrial history and certainly has parallels to the Lufthansa case.

Both companies were or are in great difficulty and need external help. At BMW, rival Daimler-Benz was to take the helm: the deal had been knocked out for weeks, with the participation of Deutsche Bank, which was on the board of directors of both BMW and Daimler at the time. Negotiations were also held at Lufthansa for weeks – but here with the state. In both cases, the existing shareholders were not involved. You can expect a massive watering down of your shares at Lufthansa, analogous to BMW 1959.

At the decisive general meeting in December 1959, the small shareholders of the car company therefore went on the barricades – supported by the BMW dealers. Herbert Quandt was impressed. Actually, he intended to support the previously agreed deal. But the violent resistance at the general meeting made him rethink. Another idea came up: Why not save the company yourself.

However, the dramaturgy at Lufthansa is likely to be different. Because of Corona, the shareholders’ meeting is virtual and has great restrictions on the rights of shareholders. There is no right to speak, spontaneous countermotions are not possible. They must be in writing by midnight on Monday night. There were none until Sunday afternoon. No additions to the agenda have been published so far.

More: How airlines and airports want to take away the new fear of flying from passengers