New facial reconstructions by Lucy and Taung revealed a more accurate look of the two early human ancestors, who lived in Africa millions of years ago. Contrary to previous projections, the target of criticism for bringing racist and misogynistic foundations, methods and connotations to the faces of former individuals, scientists published in Frontiers magazine in Ecology and Evolution a study to portray the face closest to reality.

In the case of Lucy (Australopithecus afarensis) – the oldest and most complex human ancestor – the image was generated from the discovery in 1974 of the remains, which date back 3.2 million years ago. His lower jaw helped artists recreate his head and the team used data on the skin thickness of modern humans and inserted them into equations designed to determine the thickness of the skin at that time, in a tone similar to that of bonobos.

The child Taung (Australopithecus africanus) – who died at the age of 3 in what is now South Africa 2.8 million years ago – brought characteristics more similar to modern humans. Even though the skull of the latter was well preserved, they had to make assumptions to analyze the design of their facial tissues. Using silicon-based techniques, they duplicated the skull from another mold of the original specimen. 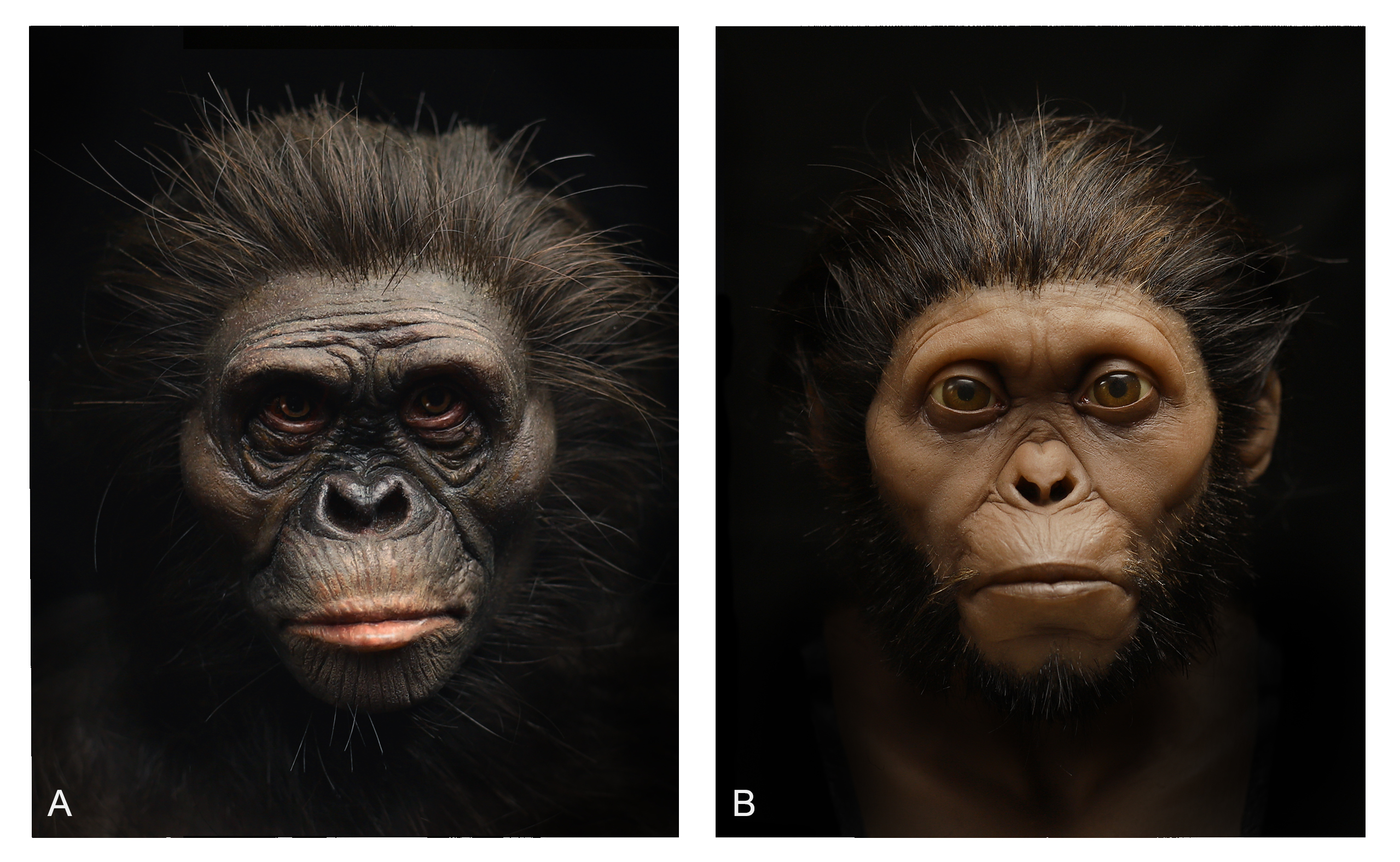 Due to the fact that there was no record of tissues, like muscles, from the first humans, they had to decide on what data and techniques they would be based on. For Taung, they made two projections – one more simian and one more human – to show the difference between the two interpretations.

In the new review, the researchers pointed out that many reconstructions “were not contested by the scientific community and exhibited in museums with very little empirical evidence to support them.” A survey of reconstructions of 860 hominids – a group that includes humans, monkeys and their extinct close relatives – in 55 exhibits showed notable inconsistencies, even in those that portrayed the same individuals.

Drawing on observations of models displayed in museums around the world, study leader Ryan Campbell said that each version had a different look. “I expected to find consistency in these reconstructions displayed in natural history museums, but the differences, even there, were so serious that I almost thought that all those responsible had never encountered a single hominid reconstruction before starting to elaborate theirs.” 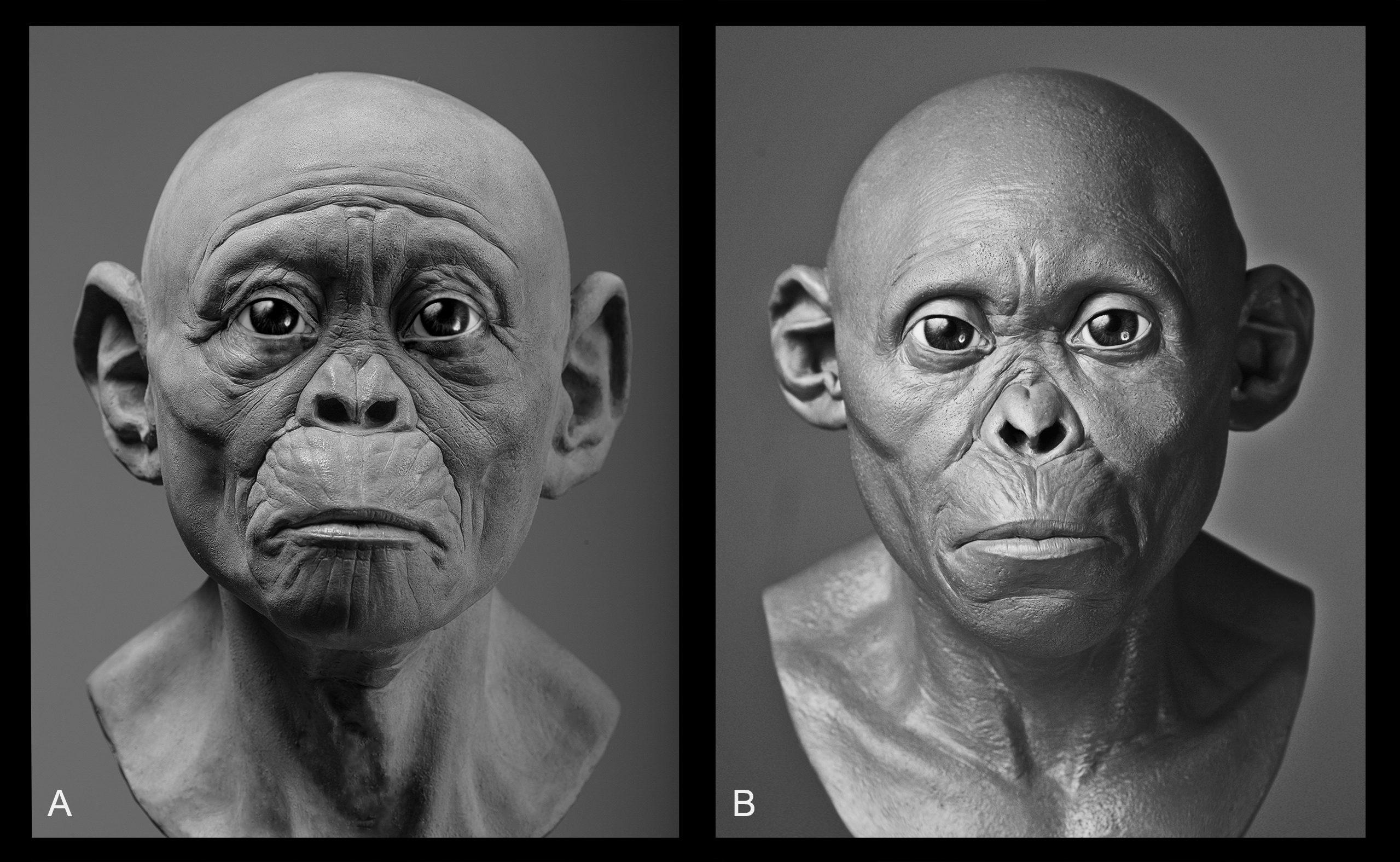 Different projections of the Taung child, one more simian (A) and the other more human (B)Source: Frontiers Science News / Reproduction

In reconstructing the faces of Lucy and the child Taung, the researchers tried their best to “get away from intuition” and instead be scientifically accurate and transparent in their methods. Thus, they argue that in characterizing the ancient individuals, it is necessary to have a solid scientific basis, but that usually the imaginative art anchored in prejudices prevailed over science in this matter.

“Many of the previous reconstructions were highly influenced by imaginary tales about what is’ primitive ‘and’ wild ‘, versus what is’ civilized and’ modern ‘”, analyzed Rui Diogo, professor of anatomy at Howard University (Washington, USA) .

They give the example of “The March of Progress”, famous 2D image of Rudolph Zallinger on human evolution, widely disseminated in ancient science books. It perpetuates the misconception that humans evolved in a linear progression from animal to monkey to one with a European appearance with white skin.

Other inaccuracies found in drawings or exhibitions show Lucy with a partner and children, although the nuclear family structure is a recent construction in human history, Diogo said. They conclude that “presenting information that is not known diminishes the value of what it is and can lead to confusion or discouragement of interest in the theory of human evolution” instead of educating.