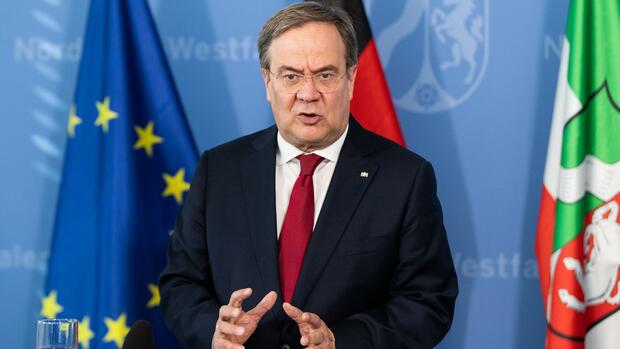 Dusseldorf Prime Minister Armin Laschet (CDU) no longer rules out a regional lockdown after the massive corona outbreak at meat producer Tönnies with hundreds of infected people. The infection process can still be localized. “If this changes, a comprehensive lockdown in the region may also be necessary,” said Laschet on Friday evening in Düsseldorf.

The affected district of Gütersloh tightened its measures on Friday evening and quarantined all employees at the Rheda-Wiedenbrück location. This also affected the administration, management and top management, the district said. All “household members” of the employees are also in quarantine.

Some employees can according to the information in so-called work quarantine. This means that they can only move between their place of work and their place of residence. This also applies to Clemens Tönnies, partner in Germany’s largest slaughterhouse, Tönnies, as a group spokesman confirmed.

The company boss is also under a working quarantine.

“We will do everything we can to prevent a far-reaching lockdown in the Gütersloh district. Unfortunately we have to state that the quarantines issued for the staff in the production areas on June 16 were not observed by everyone, ”said District Administrator Sven-Georg Adenauer (CDU) according to the announcement.

The review of the quarantine will be significantly strengthened with the local regulatory authorities and with other outside forces. How many people are actually affected remained open at first. District Administrator Adenauer previously had quarantine for around 7,000 people. That has now been expanded.

According to the district, 3,500 tests have now been carried out at Tönnies. 1450 employees were tested on Friday alone, the group reported in the late afternoon. To date, a total of 803 people have been infected. 463 test results were negative. The remaining findings are still pending.