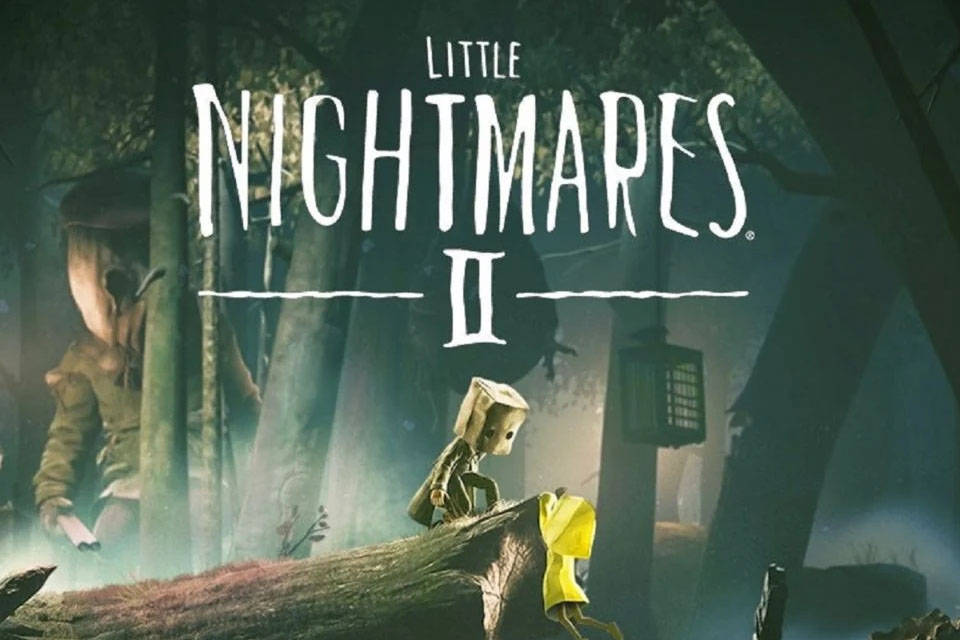 With each passing year it becomes more complicated to terrify people, whether with a movie, a series or a horror game. With the reality of our world, of pandemics, assaults and social inequalities, the directors try to break their heads to find a new formula. From the first scares I took, with the wonderful films of Alfred Hitchcock, the years have been trying to appease our most frightening sides.

Some filmmakers were very successful in this, like Tobe Hooper and Sean Cunningham, who presented us with the masterpieces O Chainsaw Massacre (1974) and Friday 13 (1980). In video games, there were certain attempts, like the first games in the series silent Hill and the classic resident Evil. We recently had the success of franchises Amnesia, Dead Space and Outlast.

Little Nightmares hit the market in 2017. With a suspense proposal, mixing puzzles and adventure, it achieved its well-deserved prominence – not necessarily scaring players, but increasing a style that would become a brand at the end of the past decade.

Feeded by Limbo and Inside, the title of Tarsier Studios and Bandai Namco appealed to video game fans. Due to its great success, the continuity of the franchise could not be different. This is where we find ourselves, in Little Nightmares II.

The story begins with Mono, a young boy who wakes up alone in a forest and tries to discover why the world has become rotten. That’s right, rotten. Totally dark, full of slaughter, larvae, flies, spoiled meat and televisions. But what do you mean, televisions?

The child lost in rags has a curious artifact, a paper bag on his head, with two holes at eye level to see better. Of course, also to “protect” yourself from the world, full of doubts, uncertainties and terrifying monsters. 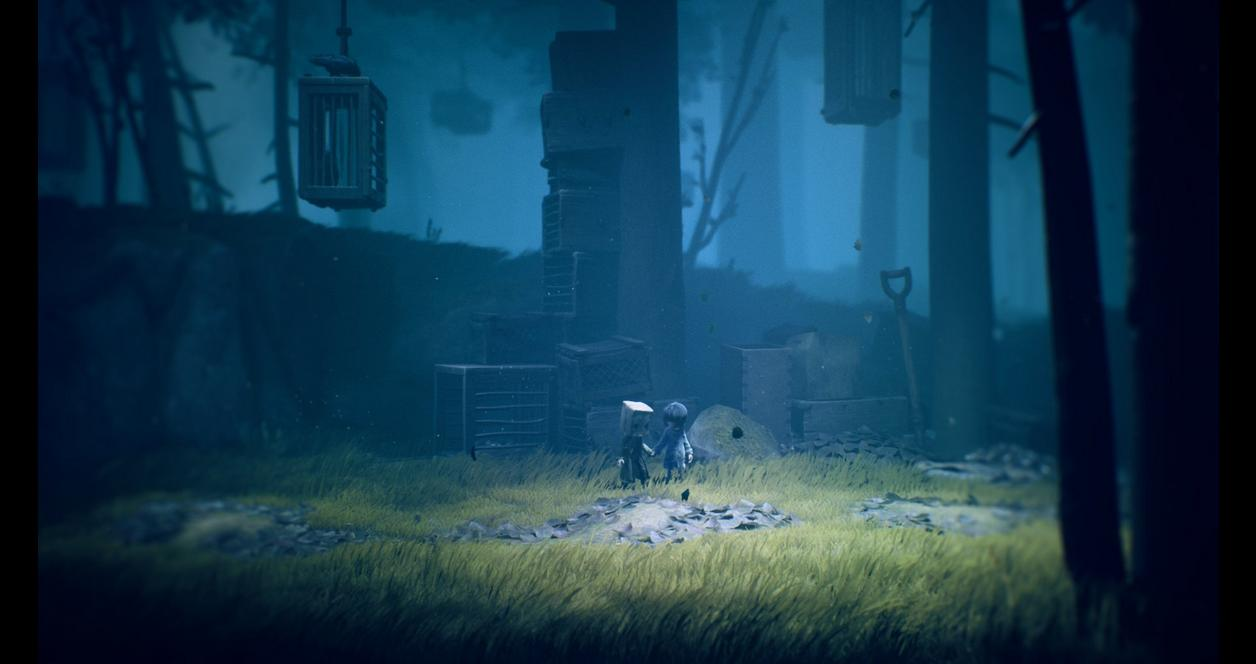 As the adventure progresses, Mono meets Six, our little protagonist of the first game in the series. Together, they will be largely responsible for showing all the background that surrounds Little Nightmares II. Too bad we can’t play with the girl, or with a friend, each controlling a character.

As in the first game, the storyline is not so developed at the beginning, creating many doubts and confusions about what is really happening in the world. He gets lost in the middle of puzzles and especially during the horror scenes.

This is an important detail, because Little Nightmares II he ends up setting aside his great objective, which is to tell a story. Instead of unraveling what happened in the world, we find ourselves constantly trying to escape from enemies and dangerous situations.

Regardless, the patchwork that forms leaves the storyline instigating and uneasy, making you want to finish it in one go.

Let go of the idea that we will have just one more game to unravel paths and overcome obstacles. As much as they have been inserted smoothly, in Little Nightmares II we will have battles, which help our little friends a lot.

Simple but challenging battles that absorb the company’s polished and well-implemented mechanics in an excellent way. You will be able to use hammers, pipes and everything in between to interact with the scene and to destroy enemies. The artificial intelligence of Six draws our attention, which will be fundamental to assist in the most inhospitable paths and ultimate obstacles, be it a broken bridge, or when it is time to defeat a great boss. In fact, enemies will be on the adventure, creating extreme difficulties for their long journey.

This was only possible due to the excellent work done in the gameplay. As much as the scenario is in 3D, the commands are responsive, easy to understand and usability, which helps drastically in the execution of more complex movements.

This time the ingredients of terror and suspense appear in the right measure. Get ready, because the game will be scary. If you have a headset, I recommend using it to play, that way it will be possible to understand the connection made between the plot and the soundtrack, which fit perfectly.

Bosses are terrifying, like the hunter, who resembles the killer in the movie Wolf Creek (2006). We also have the snakehead teacher, which is very reminiscent of Orochimaru, from the series Naruto. In order not to give more spoilers, I will stop here.

What enchants me in Little Nightmares II is your smart way to mix 2D with 3D, without forgetting to create interaction between puzzles, characters and scenarios. This is not an easy task to be performed, so a point for the developers and especially for the artist responsible for the game.

I even recommend keeping an eye on the whole scenario to be able to discover exits and objects that can help you in solving the puzzles. As a good chess player, I was very happy to see a puzzle focused on the game. Those who play chess will be able to pass the challenge easily.

There are also hiding places, such as crates, tall bushes and even rivers to hide from enemies. You can even dress up as one of them to go unnoticed by enemies, be it a human or a porcelain doll, the so-called bullies.

As much as it is not allowed to invent a way out or a different way to progress in the adventure, all the details are there. The tone on tone, the luminosity, the fluidity of the movements and the track fit in a complete way, giving life to the imaginary, transforming the adventure into something terrifying.

There was a lot of speculation around playing time in Little Nightmares II. All because its predecessor could be completed in just over 2.5 hours. Including, Little Nightmares had an achievement / trophy for those who finished the adventure in less than 1 hour and without dying.

The second adventure is a little longer, but nothing that catches the player’s attention, or that turns the game into a point outside the curve. I believe that the time was enough for the development of the characters and the story. 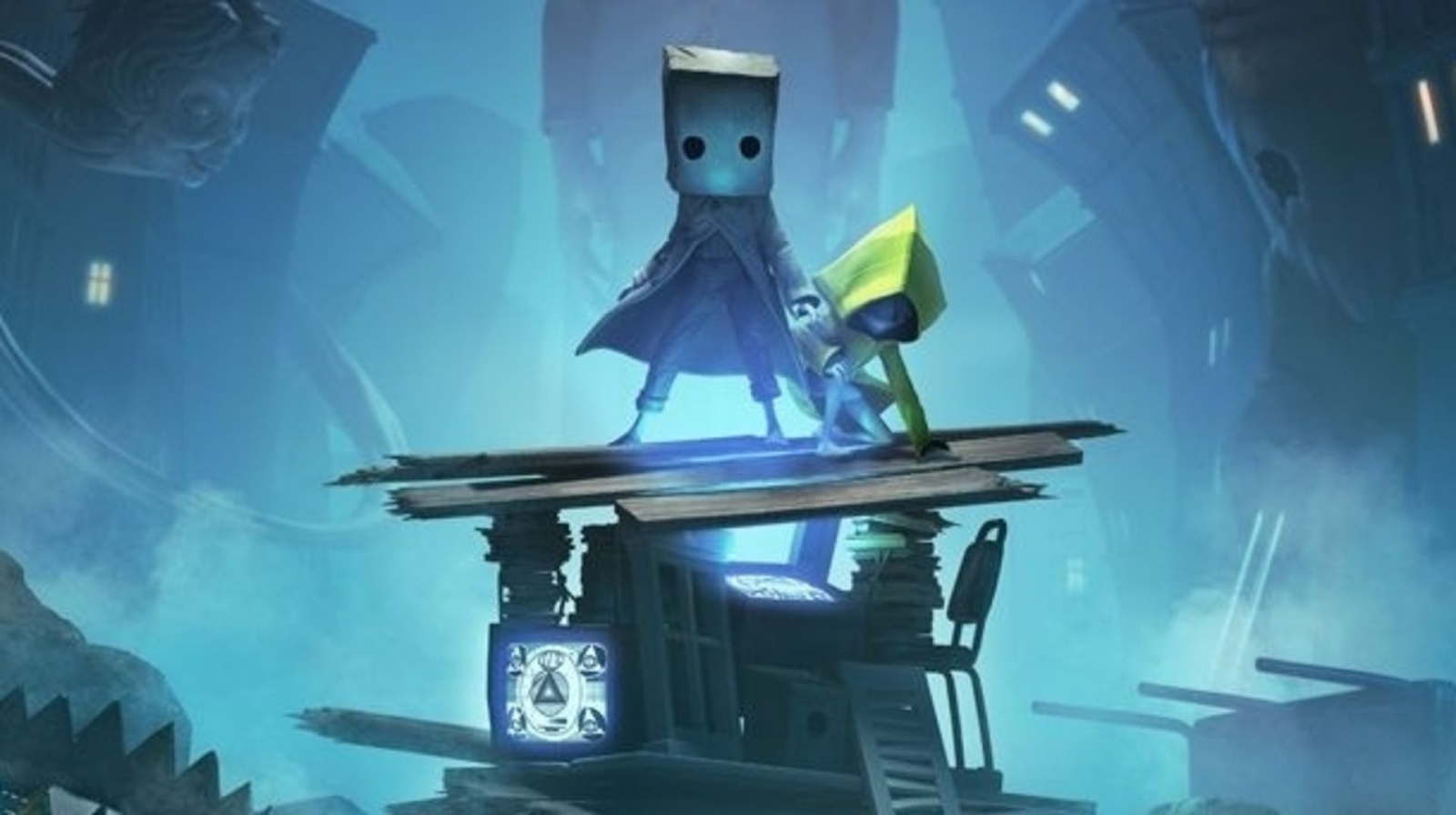 It is worth debating a little more on this subject, because the period of a game cannot mean it, as many do out there. Know that it is very complicated to create titles of this genre without being repetitive: as much as the bosses are varied and the game brings different solutions, the task of game design cannot exceed 4, 5 hours. Otherwise, it will become repetitive.

Little Nighmares II it is everything that its predecessor wanted to be. More elaborate, more terrifying, with polished gameplay and wonderful graphics: Bandai Namco nailed it in bringing a continuation of the franchise.

And more than that, it shows that a long way can be taken from now on in the series. As much as the game time can leave you with a taste of want more, get ready to take good scares. And be careful not to have nightmares at night.

Control Mono, a boy trapped in a world of charming horror that has been distorted by the buzzing transmission from a distant tower.