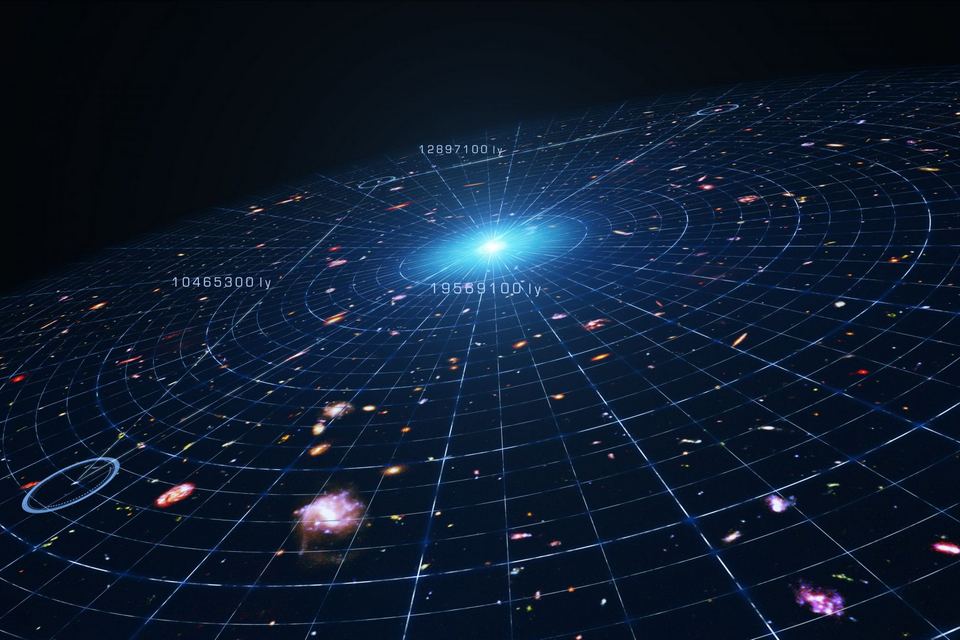 We know that the Universe is expanding, but not how fast – an estimate that researchers disagree with. Finding concord was, roughly, the goal of research by astrophysicist Simon Birrer, from the Kavli Institute for Particle Physics and Astrophysics: a Hubble constant that would satisfy everyone.

This rate of expansion of the cosmos can be established in two ways. The cosmic distance ladder uses the light spectrum analysis of distant supernovae to calculate how quickly they are moving away from us and then divide by the distance to estimate the Hubble constant. The other method measures the ripples in cosmic microwave background (CMB) radiation to infer how long ago and how far it was created.

A third way is that Birrer and his team used, combining an old method, called time-delay cosmography, to determine a new estimate for the expansion of the Universe.

The astrophysicist used gravitational lenses, an effect caused by powerful gravity-generating bodies such as galaxies. The light generated behind them is deflected and multiplied – but, despite this distortion, gravitational lenses provide more accurate observations, as light reaches the lenses of the amplified Hubble space telescope, making objects hitherto invisible, observable.

The end result is light reaching Earth through different paths, creating multiple images of the same object, even out of sync (this happens when the object, being so far away, varies over time – quasars are the best examples: since the time spent by light on each of the paths around the lens galaxy is different, Hubble captures slightly different images, with an out-of-sync glow).

With the advancement of technology, it is now possible to measure the time of the different trajectories of light distorted by the gravity of a galaxy: the time delay cosmography could be taken out of the drawer.

Birrer and team, members of the international effort known as TDCOSMO (or Time-Daley Cosmography) reached 73 kilometers per second per megaparsec (km / s / Mpc), with an accuracy of 2%, for the Hubble constant. The result was close to the local distance ladder estimates.

The Universe in an image: to measure the rate of expansion, astronomers use the distance to the “edge” (you can see the enlarged figure here).Source: Wikipedia Commons / Pablo Carlos Budassi / Reproduction

The way was to try it another way: 33 lens galaxies with similar properties were added. The result – the decrease in the Hubble constant estimate to 67 km / s / Mpc, with an uncertainty of 5% – now leaned towards that of the CMB measurement method.

Then, Birrer proposed to investigate seven more lens galaxies with time delays in order to arrive at another estimate. The difference now was that astrophysicists would do the analysis without worrying about the Hubble constant that would be found, so as not to contaminate the results.

The team reached a higher Hubble constant value: 74 km / s / Mpc, and with even greater uncertainty. “This does not mean that the debate over the Hubble constant is over – far from it,” said Birrer.

According to him, “we are now collecting data that will allow us to recover most of the precision that we had previously achieved. We will also have images of many more lens galaxies through the Vera C. Rubin Observatory to improve our estimates. “