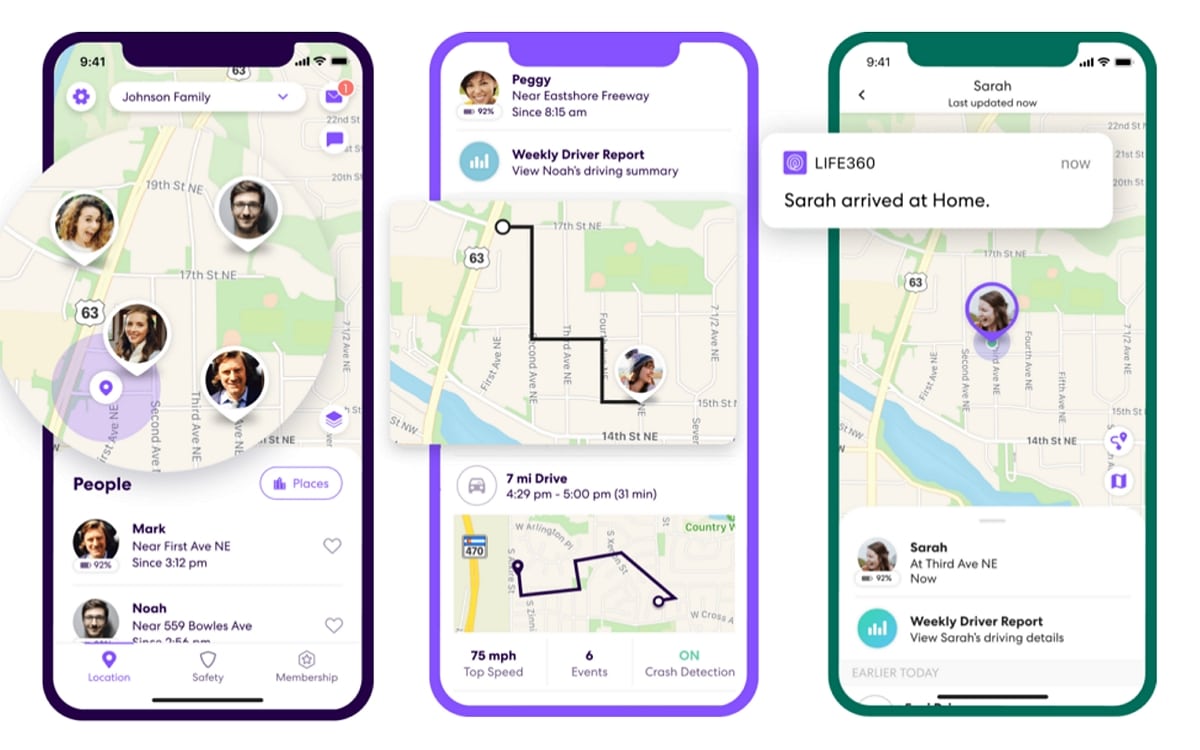 Life360, a globally popular geolocation service that advertises itself as a family security platform, is said to sell the location information of millions of users to other businesses.

According to the testimony of 2 former employees of the company relayed by The Markup, a community of non-profit investigative journalists, Life360 reportedly sells child and adult location data to a dozen data brokers who then provide this data to other third parties. Selling user data is quite common in the industry, as even Apple and Google engage in the practice.

For those who don’t know, Life360 is a location-based service that lets your friends and family share their exact location. The application is used in particular by parents who want to know the whereabouts of their children. The software, used by nearly 33 million users worldwide, is one of the largest sources of data in the industry, which is why anonymous employees have expressed concern about how the data is being used and the lack of safeguards to prevent abuse.

To read also : Be careful, your smartphone’s Bluetooth allows you to track you

Tile was recently acquired by Life360

Employees reportedly decided to alert journalists to these practices because of the Tile acquisition. Indeed, Life360 recently bought out Tile, a company that makes trackers based on Bluetooth technology and which competes with Apple AirTags for $ 205 million.

Tile, the fruit ofa successful crowdfunding campaign in 2013, has developed its product line over the years with a variety of different trackers and partnerships with other companies to use its technology. The company notably offers a subscription service, Tile Premium, which offers additional features, spare batteries and insurance against potential losses.

Life360 claimed that Tile would allow it to provide ” global solution »To locate lost pets, people and items, but these statements are now alarming, given the data privacy concerns raised in The Markup report. Indeed, by the time of the takeover, Tile had integrated its technology into more than a million third-party devices, from phones and laptops to dog collars. Additionally, Tile’s network, similar to Apple’s Find My Network, had more than 30 million users worldwide last month.

Which companies does Life360 sell your data to?

Some of the companies to which Life360 sells its users’ location data include Cuebiq, Arity, Safegraph and X-Mode, a location data provider. X-Mode employee interviewed by The Markup allegedly corroborated statements by anonymous Life360 employees stating that the raw location data received from Life360 was one of their ” most valuable offers “Due to” data volume and accuracy ».

When asked about the matter, Chris Hulls, CEO of Life360, simply told The Markup that the data is a ” important part of the business model Which allows the basic services of Life360 to be offered free of charge. ” We have no way to confirm or deny the accuracy Of whether Life360 is among the largest data sources in the industry, said Life360 founder and CEO Chris Hulls in an email response to questions from The Markup. ” We see data as an important part of our business model which allows us to keep core Life360 services free for the majority of our users, including features that have improved driver safety and saved many lives. “. That is clear, users who value the privacy of their data may well escape the application.

According to the company’s privacy policy, Life360 does not have the right to resell information to government agencies in law enforcement cases, but the company can still ” share data with third parties “. These data would be anonymized so that we cannot ” identify you directly “, most they still raise privacy issues.