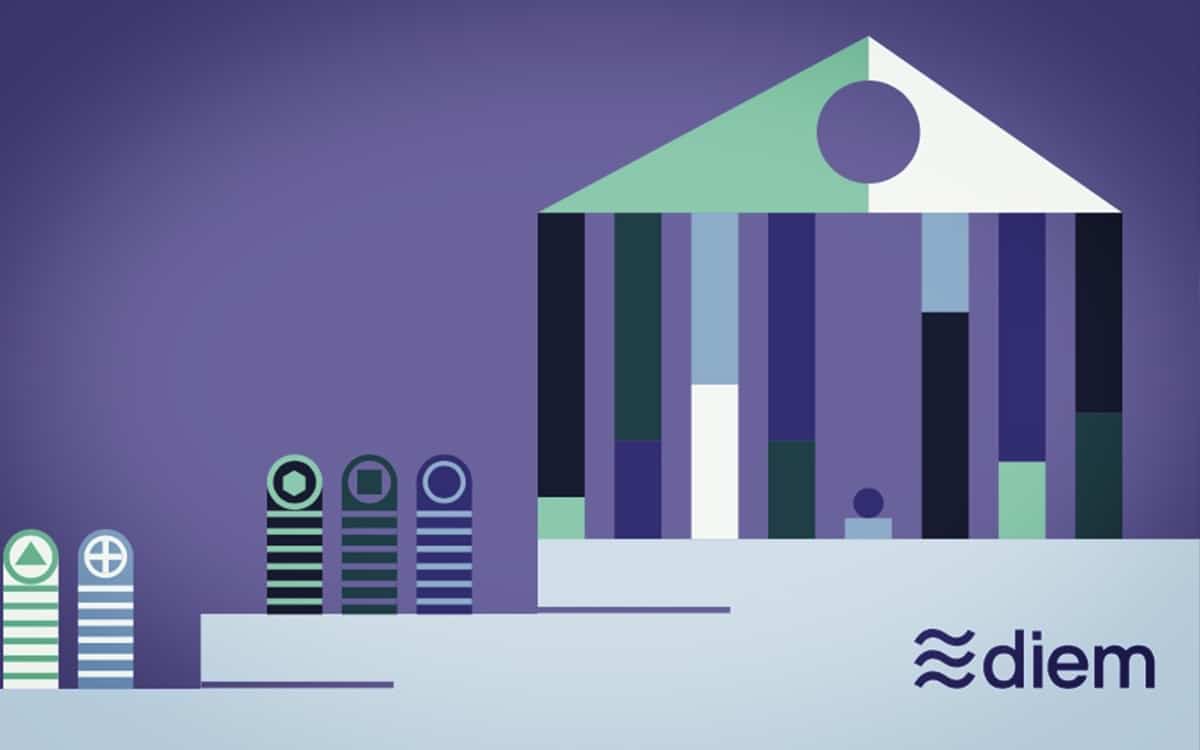 Facebook has decided to rebrand its “Libra” cryptocurrency project, Diem. The news gives credence to the thesis of a launch within a few weeks, perhaps as early as January 2021. Facebook is still awaiting the approval of the competent authorities in 10 American states and in Switzerland. The project itself is less ambitious than Libra, with Diem only acting as an intermediary during payments.

After a round of criticism from the US Congress and more generally an outcry around the world, including the United States, we almost forgot that Facebook is still working hard on its cryptocurrency project, and that the network intends to launch it as quickly as possible.

I have to say that what Facebook initially proposed was nothing less than creating your own monetary system to simplify transactions between the more than 2 billion members of the social network. With the risk that it is mismanaged, and poses systemic risks to the global economy. But also, that the system set up by Facebook does not become “too big to fall”, forcing state actors to get their hands on the wallet to replenish its coffers.

Or that this cryptocurrency is used to hide the activity of malicious actors. Gold it’s not as if the management of the social network has so far been illustrated as a model of probity. Facebook, for example, found itself embroiled in a series of scandals, notoriously Cambridge Analytica. Cambridge Analytica is actually an American company that specializes in micro-profiling for electoral purposes. A kind of advertising analytics, but only dedicated to politics.

It was founded by two actors who will become close to Donald Trump: Steve Bannon and Robert Mercer. In the run-up to the 2016 US election, Cambridge Analytica is launching a “thisisyourdigitallife” tool based on questionnaires completed by Facebook users. The problem is, Cambridge Analytica’s tool unwittingly sucks up a lot of data on respondents’ friends. Significantly increasing its effectiveness, and its influence.

By developing “psychological profiles” corresponding to these audiences, and by developing all the political discourse around these same profiles, the most extreme fringe of the Republican Party has thus achieved a meteoric rise, which has certainly favored its chances of victory in 2016 Later, the social network was also the target of criticism following clumsy decisions around the moderation of policies in the middle of the election campaign.

While Facebook’s quasi-hegemonic power is already cause for concern, the whole question is whether authorities around the world are ready for this status to strengthen by letting Mark Zuckerberg carry out his cryptocurrency project. For its part, we told you, Facebook continues to believe in it. And it is in this context that we learn that this project has just undergone a rebranding: no longer say “Libra” but “Diem”.

“The Libra Association announces the adoption of a new name and the recruitment of key executives, to strengthen its organizational independence. Turning now to the name ‘Diem’, which denotes a new day for the project, the Diem Association will continue its mission to build a secure payment system, secure and compliant that empowers people and businesses around the world ”, explains the now Diem Association in a press release.

And to continue by emphasizing that the association’s goal is the rapid launch of cryptomonnaie: “The progress of the project is the result of an ongoing constructive engagement with governments, regulators, and other key partners”, adds Association President Stuart Levey. Facebook nevertheless intends to move more cautiously than in the past, and is awaiting the agreement of various regulatory authorities around the world to move forward.

According to a Financial Times article, Facebook’s cryptocurrency project still pending approval from authorities in a dozen US states, in addition to the Swiss financial market regulator. However, everything indicates that Facebook intends to launch it in January 2021.