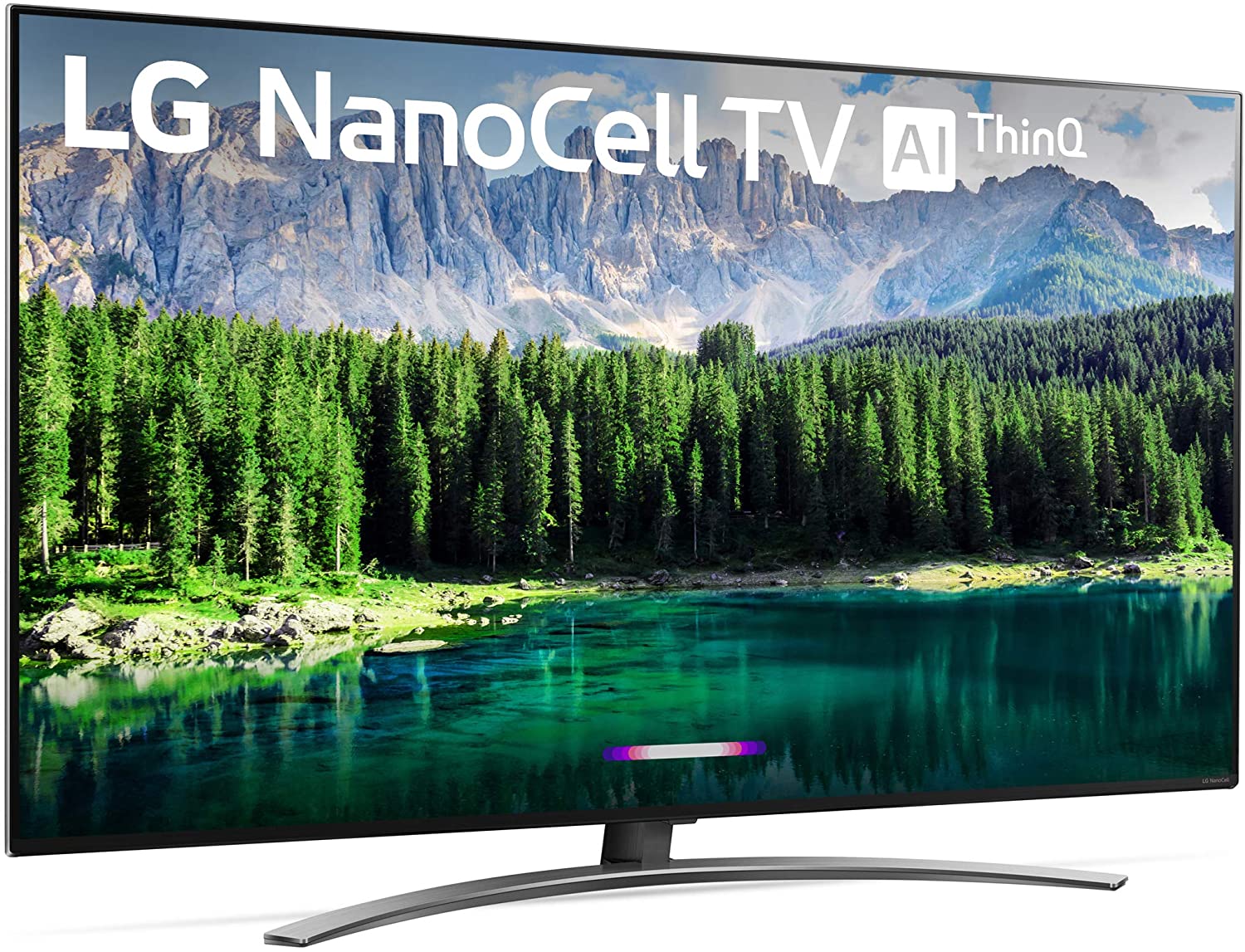 In October 2020, LG brought to Brazil its TVs with NanoCell technology divided into six series: NanoCell 96, NanoCell 95, NanoCell 90, NanoCell86, Nano 81 and Nano 79. We had the opportunity to get to know LG 55NANO86 4K more closely 55 inches and we brought some highlights.

The model is an interesting option for those who do not want to shell out so many thousand reais in super premium OLED TVs, but also do not give up image quality. The Nano86 was launched with a suggested price of R $ 5,000, but shortly afterwards it was already possible to find the 55 ”model for up to R $ 3,700 in some retailers.

To offer a more refined look, LG bet on a design with thinner edges that further highlight the screen. However, the rear finish of the model is plastic, with a kind of material that looks like brushed steel giving a better finish at the base of the product. The ultra-thin OLED design is also not present here, with the model being thicker.

Speaking of the base, she is not so firm when it comes to handling the TV supported by some furniture. When we are going to touch the rear connections to stick a cable, for example, we feel it swing. It is worth noting that the TV weighs 17.2 kilos and the base plus 1.5 kilos.

At the bottom, we have a physical button to turn on the TV and the two speakers, while the connections are on the back. The model has: 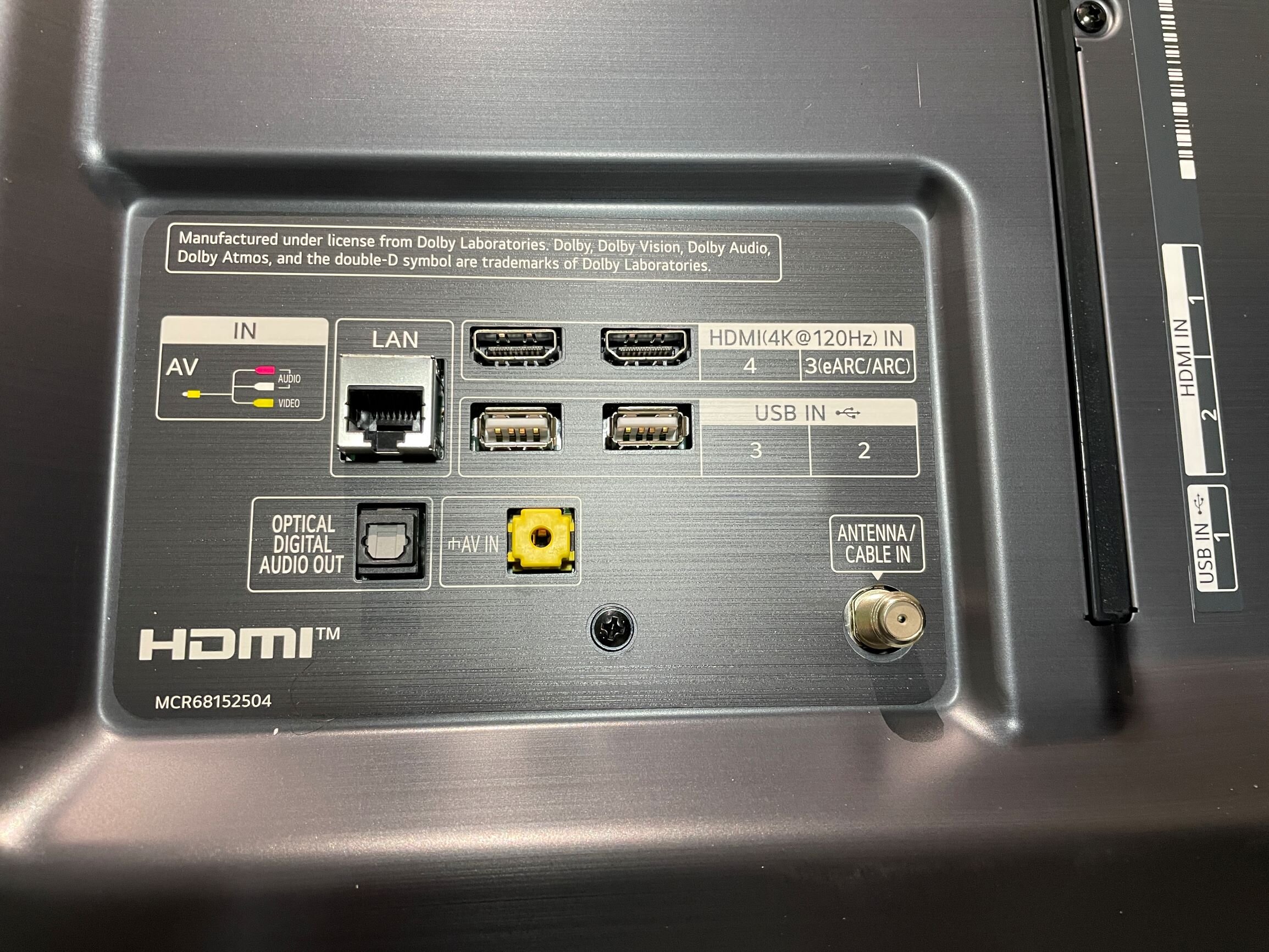 The LG NANO86 uses WebOS 5.0 as its operating system and supports Google Assistant, Apple Home Kit and Alexa to trigger voice commands. The LG ThinQ AI platform also allows you to find channels, search for videos on the internet or see the weather forecast using only your voice.

The app store has an interesting range of downloadable services, including major market streams. Anyone who wants to mirror cell phone content can also use Miracast or Apple AirPlay. 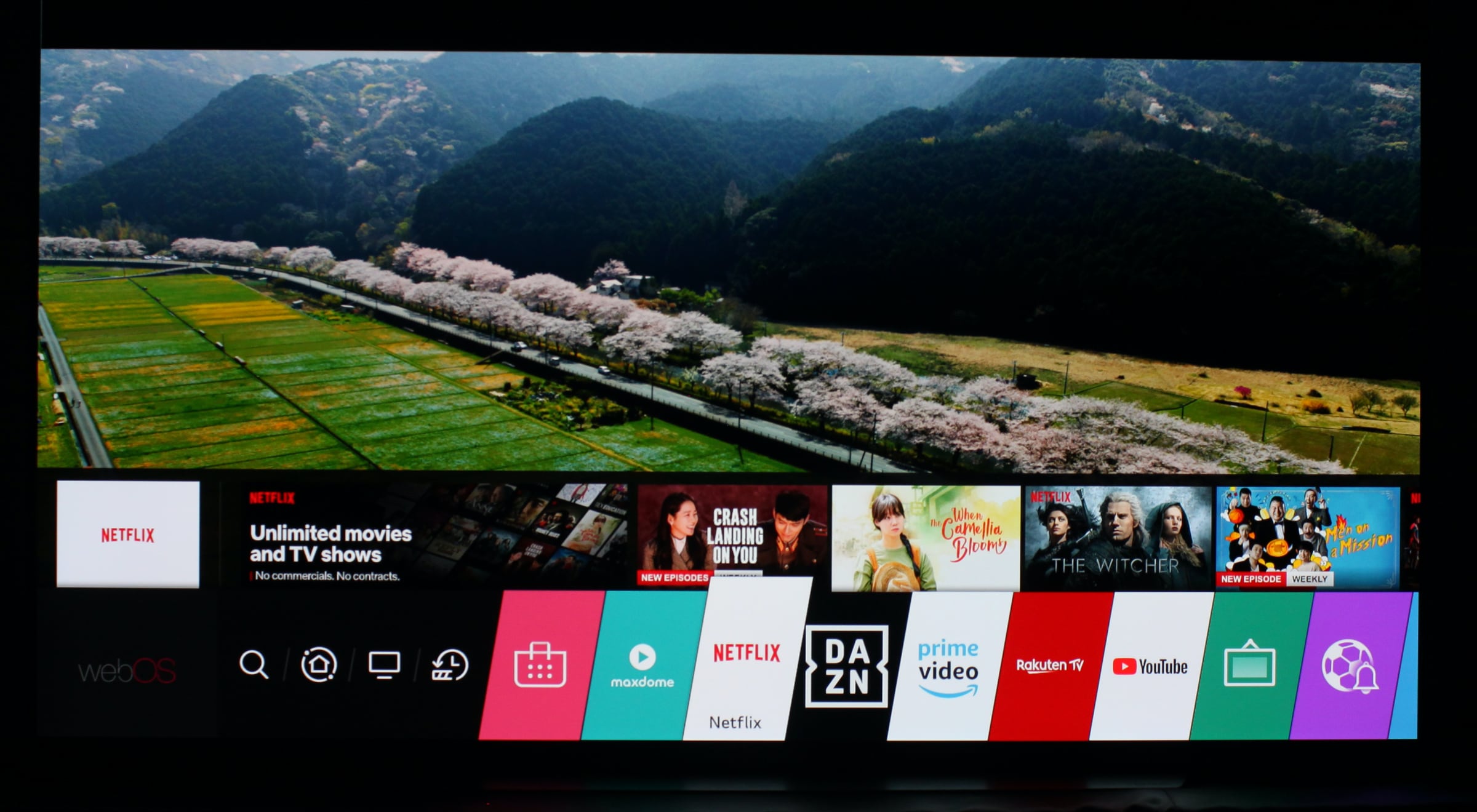 The remote control is the Smart Magic, already seen in other TV models of the brand. It allows quick access to the user’s favorite apps, has an integrated microphone, scroll navigation and buttons dedicated to Netflix and Amazon Prime Video.

It is also important to highlight the presence of features such as Gallery Mode, which displays images when the TV is on standby, or the Sports Alert, which allows the user to register the team they wish to monitor to receive notifications with real-time game scores. .

LG’s Artificial Intelligence also allows the TV itself to choose the best settings for audio, image and brightness, according to the environment around it. 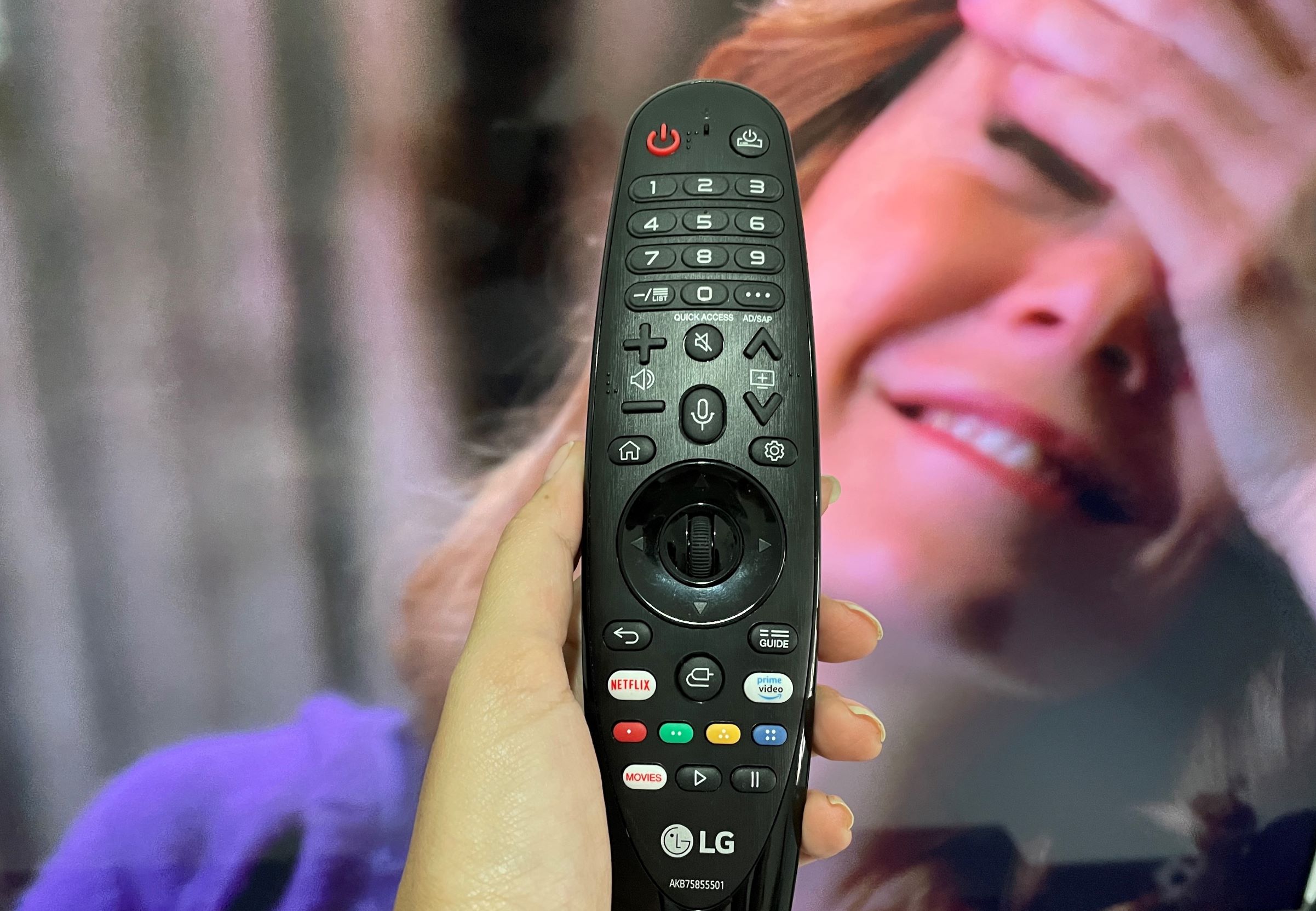 The NanoCell Display 4K UHD has a native frequency of 120 Hz and supports HDR10 and Dolby Vision. The end result is vivid colors and very interesting contrast. Gamers can take advantage of features like VRR, ALLM and eARC, in addition to HGiG, which adjusts HDR graphics.

Unlike OLED TVs, NanoCell does not have self-illuminating pixels. In fact, it is an LCD with particles of 1 nanometer that filter the colors, refining the “impure” colors, improving the image quality and making them more realistic.

If we compare NanoCell with QLEDs, for example, the difference is that models like Samsung’s add a color film with quantum dots to a conventional LCD screen, leaving the TV with three layers in the panel structure: rear lighting panel, film, and LCD. NanoCell reduces to two layers: lighting panel and LCD panel with integrated nanoparticles.

On NANO86, the result is really impressive images, but they still lag behind in terms of brightness compared to Samsung QLEDs. The contrast is very good, but it cannot be compared with the depth of an OLED, despite the presence of the dimming location being a positive point of the tested model. 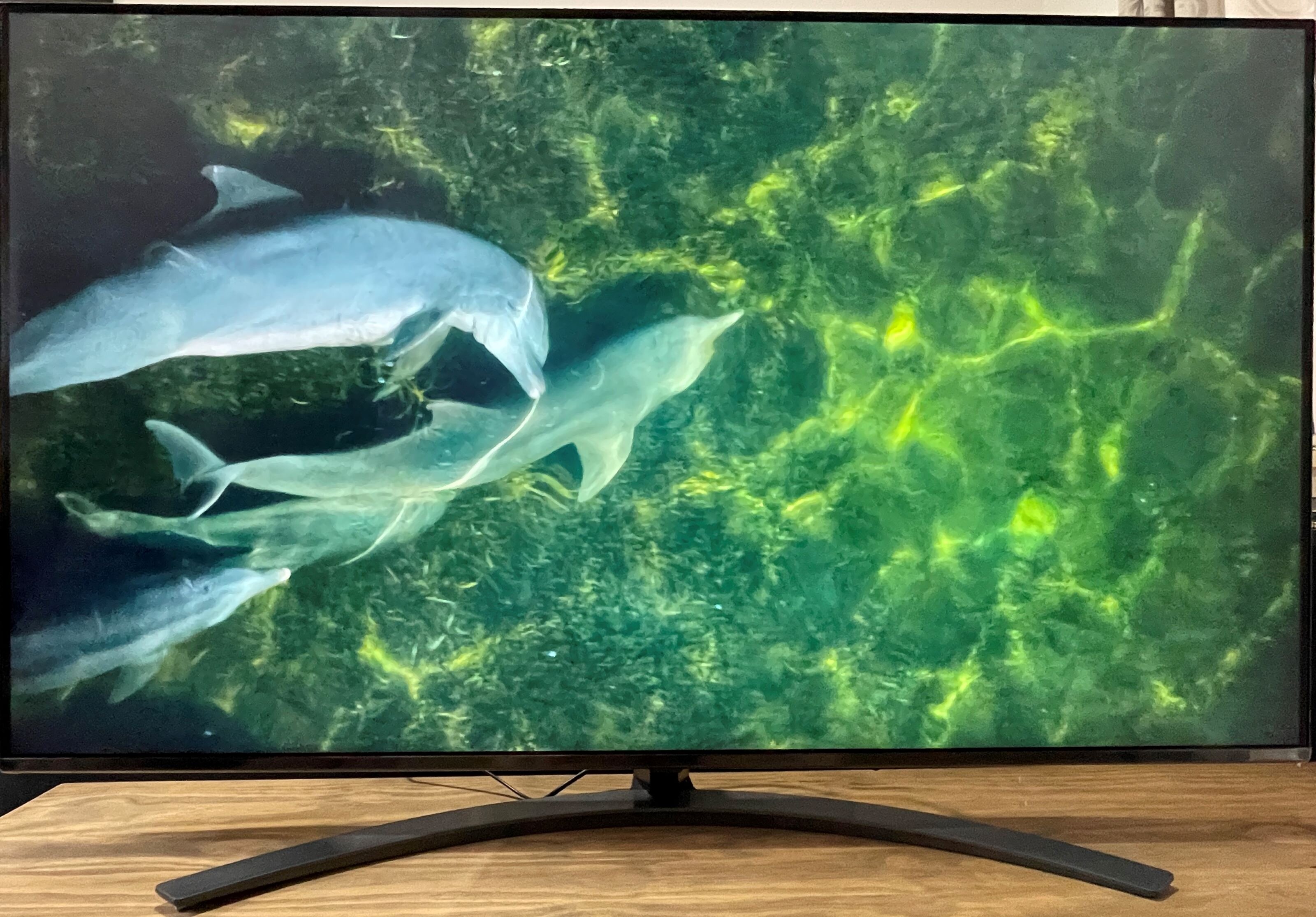 The viewing angle is wide and the IPS panel handles reflections well in rooms with windows that brighten up the room.

In terms of sound, the NANO86 has Dolby Atmos and two speakers with a power of 20W. This means almost half the power of the OLED family, which is a negative point for those who value audio when buying a TV. The result is not bad, but it lacks power and the serious one does not generate great emotions.

The LG NANO86 has impressive image quality and is a great model for anyone looking to invest in the new generation of consoles, as it has HDMI 2.1 and a frequency of 120 Hz.

The operating system is the same as the more robust models of the brand, but the finish is a little more modest, as well as its hardware for audio. If you find the model for sale at around R $ 3,500 (or less) the investment is very worthwhile.