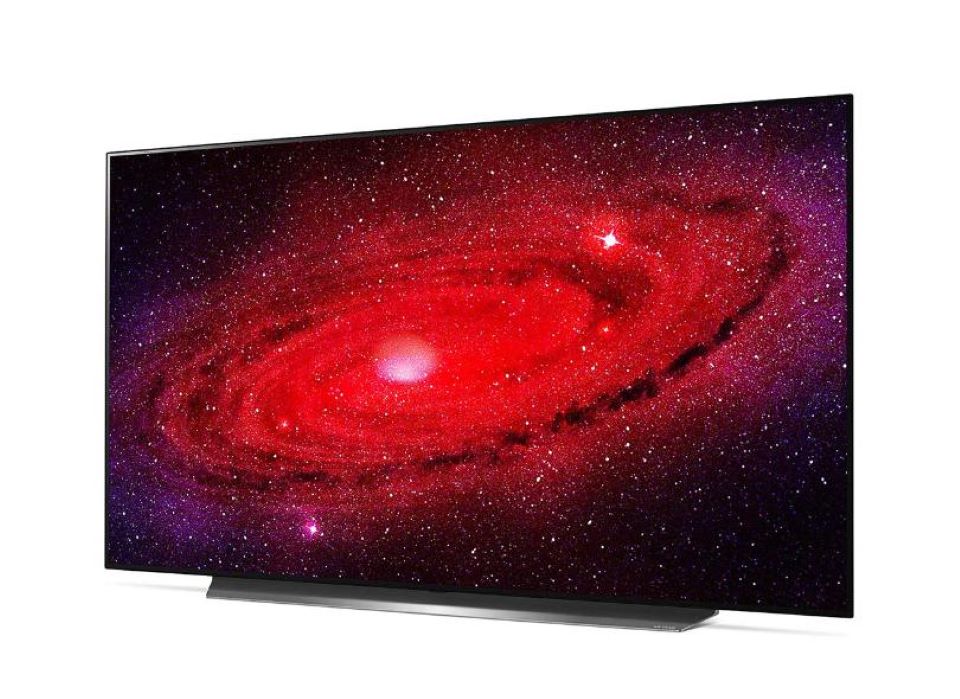 With 4K resolution and refresh rate of up to 120 Hz, the backlit panel has 8.3 million pixels that are self-illuminating individually, offering deeper black and intense colors. The paper specifications are attractive, but is it worth the investment?

With an elegant design, the LG CX has a brushed metal base that is very close to the bottom of the TV, while the rear has a plastic cover to help organize the cables. At the top, just below half the screen, the device is extremely thin, but make no mistake, as the TV weighs 23 kilos.

LG 55CX is a few millimeters thick at the top of the screen (Photo: Joyce Macedo / TecMundo)

In terms of connectivity, the CX also draws attention: there are four HDMI 2.1 ports (for LG), three USB, one Ethernet / LAN for internet connection via cable, a digital TV input and an optical audio output.

Bluetooth is 5.0 and Wi-Fi 802.11ac allows transfer in the 5 GHz band. One negative point is the fixed power cable in the device, which can make installation difficult on certain types of furniture. 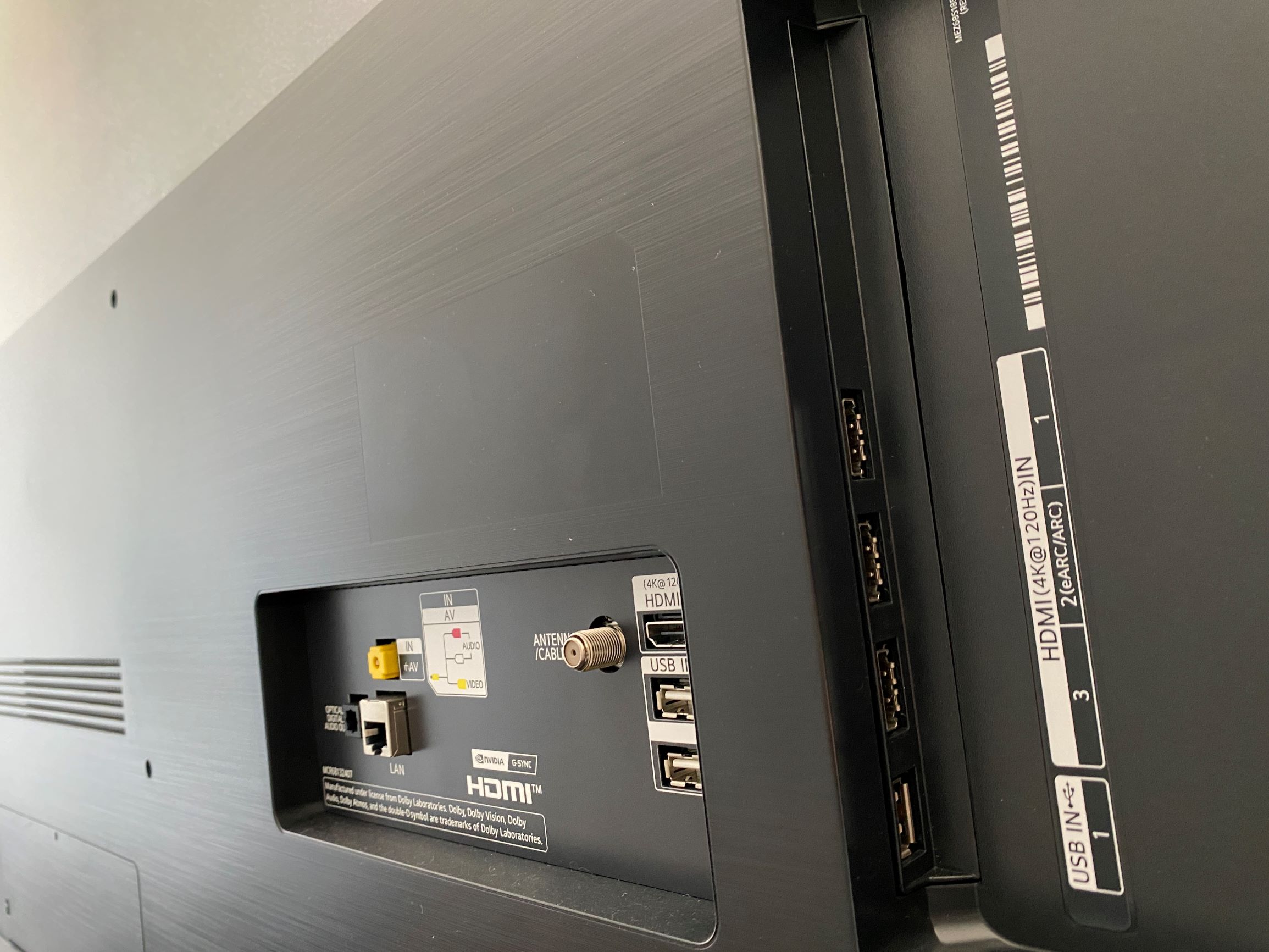 The rear of the LG 55CX is thicker at the bottom to house the connections (Photo: TecMundo)

The operating system adopted by LG in this model is WebOS 5, which shows the applications installed on the TV in a menu at the bottom of the screen and can be accessed by the home button on the remote control. The OS has many animations that show its fluidity, but it is possible to change this configuration and choose your preferences.

Anyone who wants to view mobile content on the big screen can opt for Miracast or AirPlay. A control panel also allows you to view all equipment that is connected to the TV, including smart home appliances.

The app store has a wide variety of downloadable titles, but the TV itself has an interesting native feature for sports lovers: the Sports Alert. The tool allows the user to register the team to be monitored to receive notifications with real-time game scores. 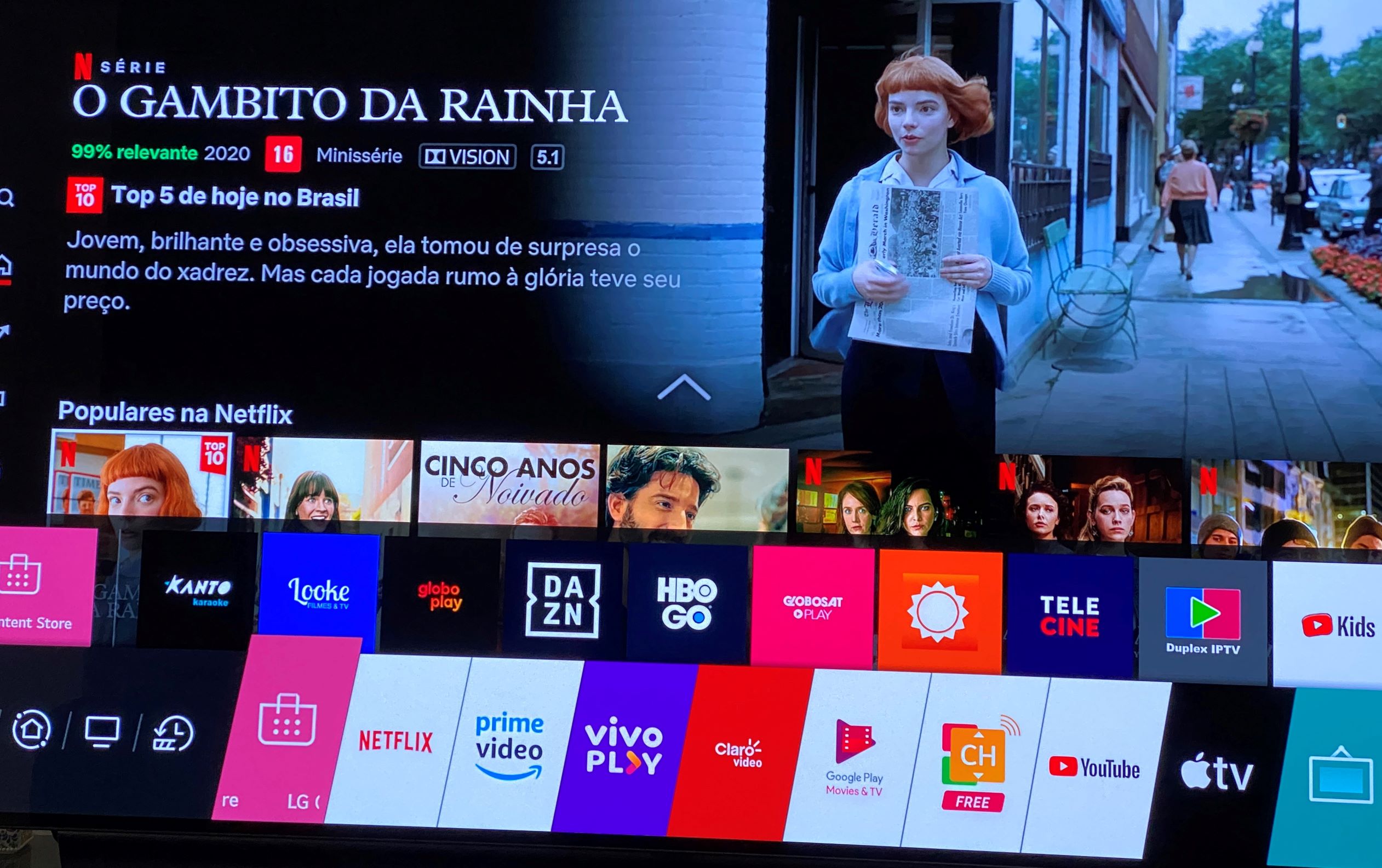 The LG CX also has voice activation in Portuguese via Google Assistant or Amazon Alexa, which are already embedded in TVs. In addition, LG’s ThinQ AI platform also allows you to find channels, search for videos on the internet or view the weather forecast, for example, using only voice commands.

You can also control the device using Alexa, which means that you can use an Echo to turn off the TV in another room, for example.

Remote control is a separate topic. The model adopted by LG here is the Smart Magic, which works as a kind of mouse, hovering over the screen when you point at the TV. The problem is that the control is big compared to competitors and, in addition, the cursor can become irritating. 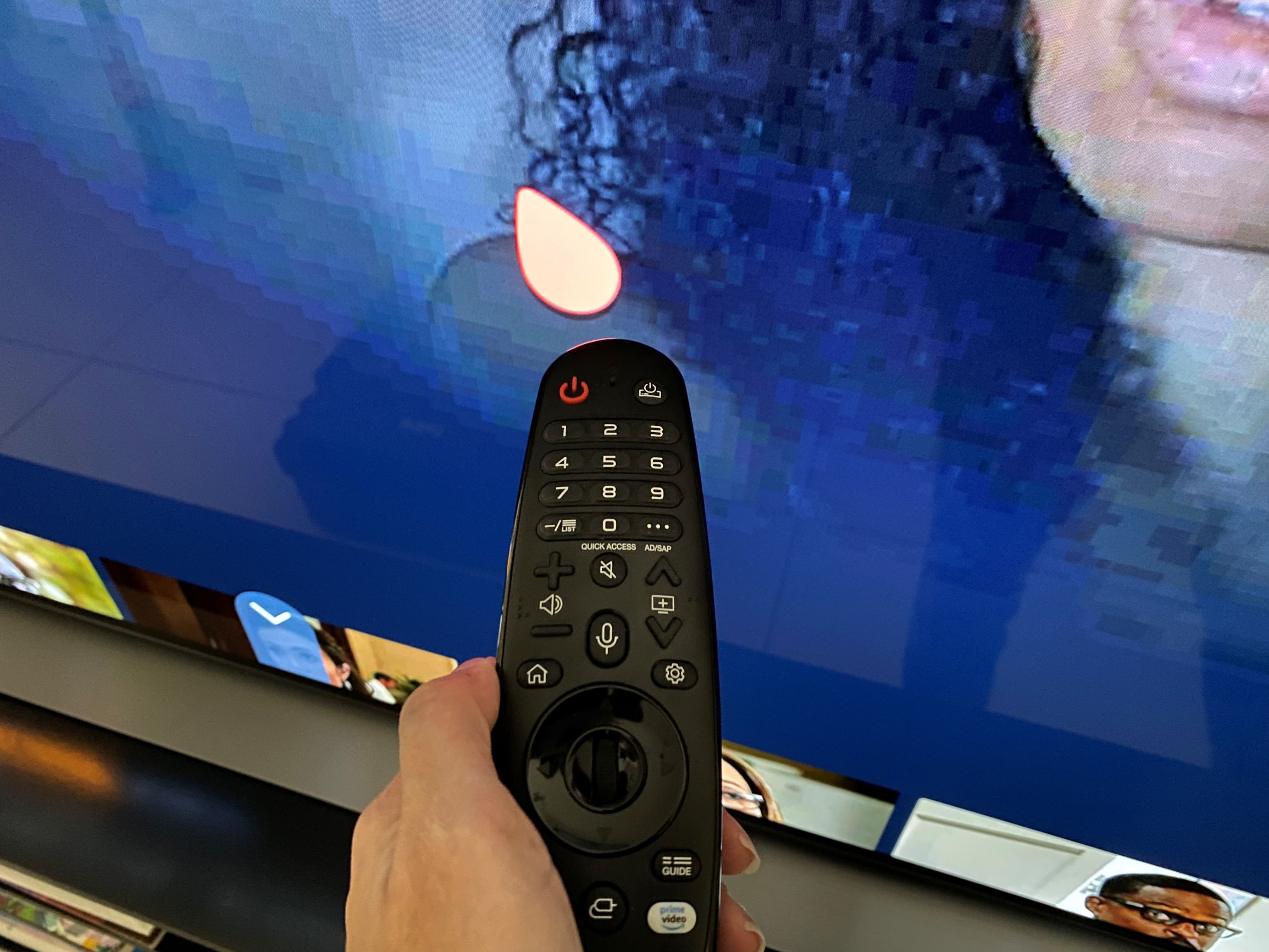 Detail of the control cursor on the screen (Photo: TecMundo)

It also has a scroll to navigate menus faster, as well as a special button to zoom images in real time and buttons dedicated to Netflix and Amazon. Despite being full of features, I really couldn’t get used to that red cursor pointing on the screen whenever I accidentally touched the control.

However, LG also has an app that acts as a remote control (amen). Of course, that means using your cell phone more, but that’s no big deal. The app, called LG ThinQ, allows you to control the main basic functions of the TV.

The LG CX line has a third generation Alpha 9 AI processor. The chip uses deep learning and artificial intelligence to improve the image and sound quality of TVs. This means that every image received by the device is analyzed so that the processor understands what needs to be improved, thus allowing to make faces and texts clearer, reducing blurring and flickering.

The quality of OLED panels is undeniable and always impressive. Here at CX it is no different: the colors are vibrant and rich, the black levels are excellent, offering the contrast expected for a TV in this price range. Dynamic HDR is due to the presence of Dolby Vision, which helps in color optimization. 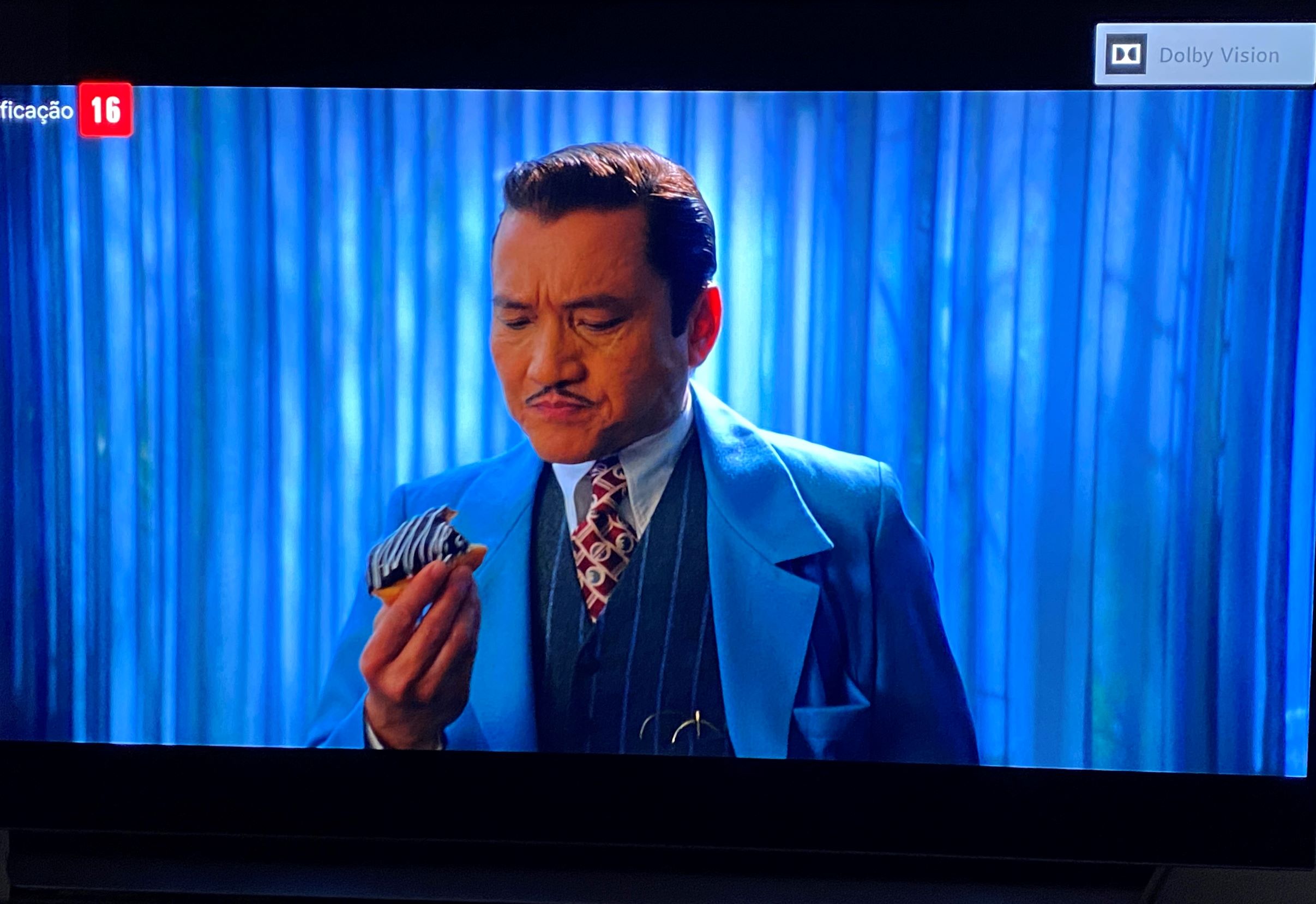 Unlike LCD TVs, which have a backlight to transmit light through a filter and show colors on the screen, LG’s OLED has pixels that self-illuminate individually and create what the manufacturer calls infinite contrast and pure black. The result is more consistent lighting, with no halos around brighter objects.

The LG CX has a number of scene modes, but movie lovers can choose the mode Filmmaker, which allows you to watch content as it was designed by its creators. This means turning off some image processing features that can interfere with stabilization, for example.

Despite all the quality of the LG display, it is impossible to speak of OLED without mentioning the dreaded burn-in. CX has protections against this type of problem, which is nothing more than wear and tear in places that display static images for a long time, such as the logo of TV stations.

Features like “screen shift”, which change the image at regular time intervals; the “logo brightness adjustment”; and the “pixel update” promise to help smooth and clean the image when the screen is off or on channels with static logos. However, LG did not follow Samsung’s idea of ​​giving a specific warranty against burn-intherefore, it is your account at risk. 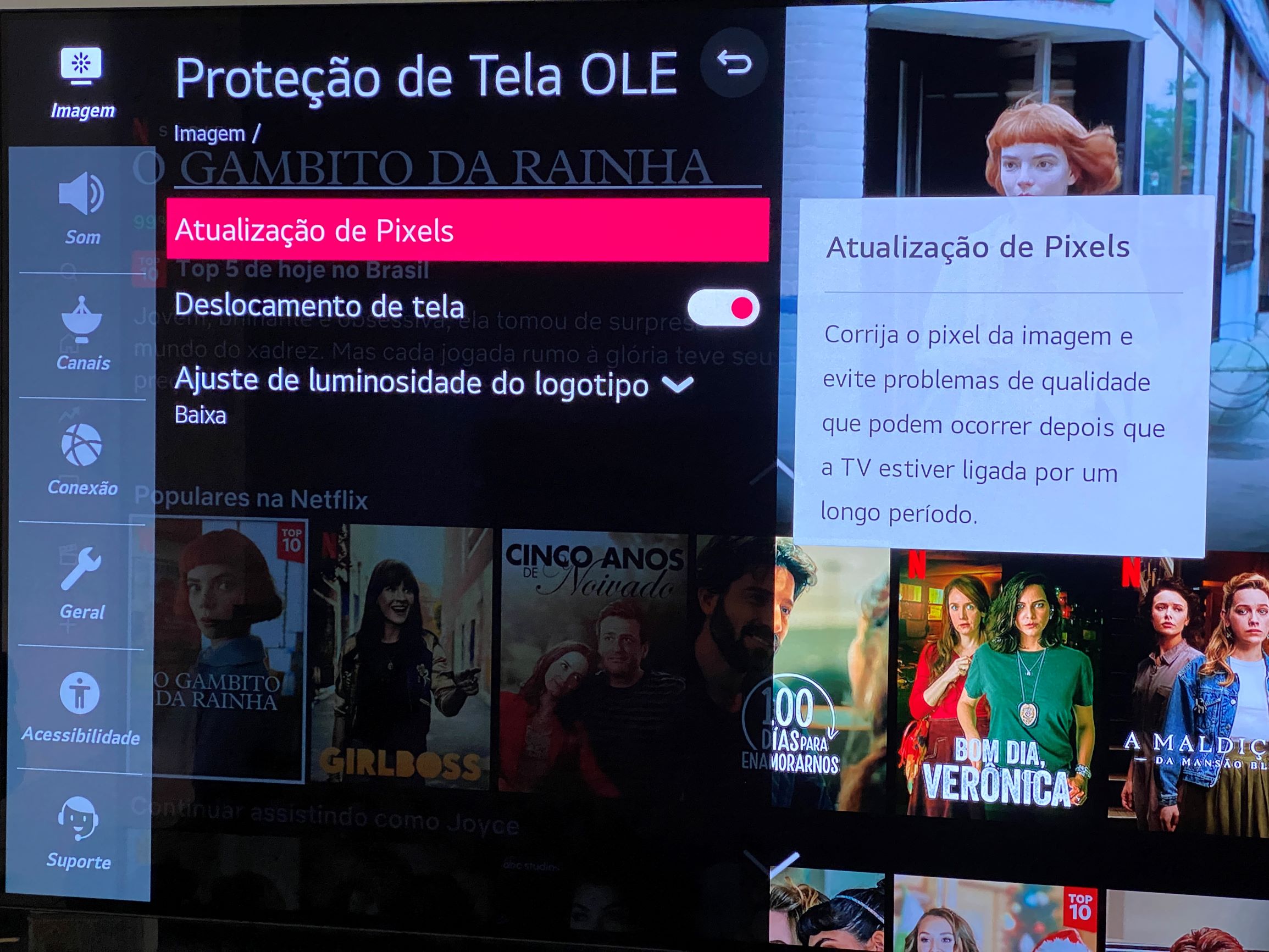 Moving on to audio, the LG CX’s sound also had a positive impact during our tests. The 2.2 channel four-speaker system features 40 W RMS and Dolby Atmos, which results in a better sound than what we are used to hearing on other TV models, leaving the need for a less stark soundbar . Bluetooth also allows you to pair wireless speakers for stereo sound.

The IA Pro mode is also noteworthy, because despite automatically equalizing the audio after identifying via artificial intelligence what is being reproduced, the result is very engaging, balanced and immersive. 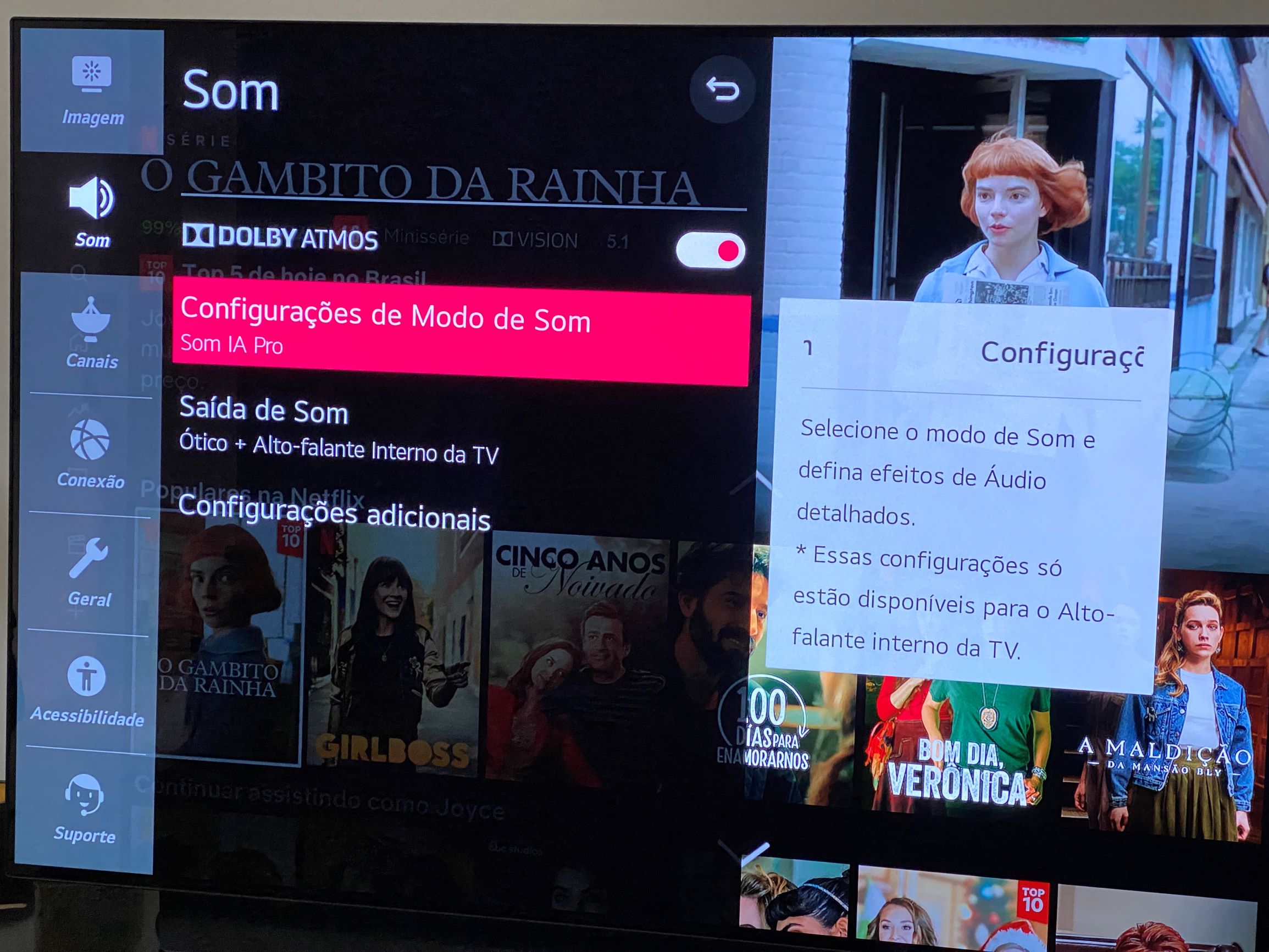 Here gamers also do well with compatibility with NVIDIA G-Sync and AMD FreeSync, which offers more clarity and responsiveness for PC games.

The LG 55CX OLED TV is a sure bet for anyone who wants image quality, especially when watching movies or playing games. However, we are talking about an expensive product, which always calls into question the possibility of burn-in long-term – something that we cannot comment on with assertiveness during our short testing period.

The fact is that between Samsung and LG, the two major prominent players in the Brazilian premium TV market, the choice is largely due to the user’s preference, especially with regard to features that go beyond image quality.