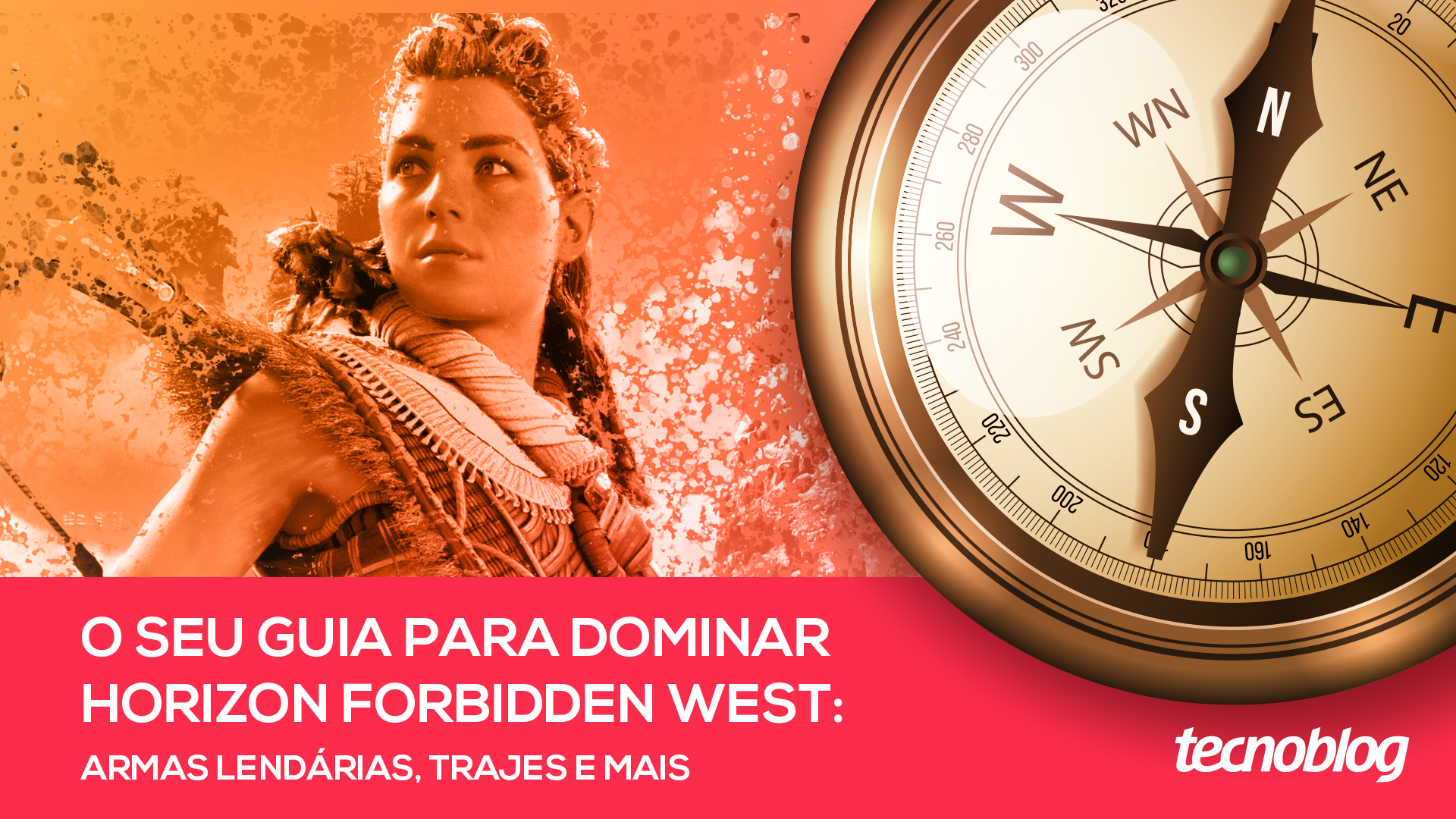 Horizon Forbidden West delivers a good evolution of story and gameplay in relation to Zero Dawn. Aloy is more mature, the combat mechanics have received some great improvements, there are more places to explore and discover, new machines, legendary outfits and weapons to conquer and much more. All of this beautifully set in beautiful settings, in one of the best uses of the PS5’s hardware so far.

The journey is long and there is a lot to do in the various activities spread across the map. Therefore, it is even normal to get lost a little within so many possibilities or even want to advance some processes. In both cases, this guide, which has links to tutorials and important tips to master the game, can be a great ally in your odyssey through the forbidden west. So save to favorites to return here whenever you need to.

Just one more thing: no story spoilers on here. Read without moderation!

One of the new gameplay features of Forbidden West is the new bravery system, or rather, Bravery Boost. With it, Aloy can launch devastating attacks against opponents or use a kind of special technique on herself that can help her to detonate several enemies at the same time, give more damage to melee and ranged attacks, or even use camouflage techniques.

In total, there are 12 different Bravery Boosts grouped in pairs according to each skill tree. Which Impulse to use will depend on your gameplay style: there are techniques that favor more personal combat and others that will give an absurd boost to critical damage with bows and ranged weapons. You can also play more tactically and use specific Boosts to become invisible for a few moments or increase the destructive power of your traps.

Whatever use you prefer, be sure to try them all! The brief animations to activate each one are pretty cool too.

Can’t talk about the franchise Horizon not to mention the machines that dominated the post apocalyptic world of the game. Forbidden West marks the return of some mechanical creatures already known to players from Zero Dawnbut add to your arsenal of new dangers for Aloy with 22 new type foes.

Artificial intelligence has been improved and even the smallest machines can be a hassle if they are in a pack and attack Aloy at the same time. Each group of new creatures has specific pre-programmed routines and are found in different locations as well, according to their abilities. In addition to also serving as a source for parts, used in outfit and equipment upgrades, some of them can also be used as mounts.

Some machines can also bring in variations of their base model (even changing their attack form), which makes it always important to use Focus to scan weaknesses and strengths. And watch out for the alpha variations of these enemies! These are corrupted and much more powerful machines, but they also have the parts for rarer upgrades.

It’s always good to be prepared to face the forbidden west, so check out this complete list of all the new machines in the game.

Despite offering a certain variety of outfits (the equivalent of armor) and weapons, Forbidden West It encourages you much more to look for resources to improve your current equipment than to change clothes at every turn of the day, for example. Most looting in Horizon tend to focus more on finding raw materials for upgrades.

That said, if you want to get your hands on those precious legendary outfits and weapons, you’re going to have to work your ass off. None of this gear will simply be inside a chest just waiting to be found. All of them are either part of some big side quest that will take time to complete, or will ask Aloy to pour oil from the machines into the combat arena.

There is also the possibility to buy legendary gear from a specific vendor, but he will ask for some very rare resources in return. But don’t worry, we have here two guides with complete dossiers to find the best weapons and also to get the legendary costumes in the game. This will make your life a little easier!

As mentioned before, the world of Horizon Forbidden West it’s full of extra activities that go beyond just following the main campaign quests. There will come a time when dozens of icons will appear on the map to be discovered. It is worth remembering that, if the excess of visual notifications bothers you, it is possible to disable all the extra icons through the menu.

To get a broader view of the surroundings and even find some Ancient ruins and other points of interest, it’s important to unlock the Necks. These huge machines have geographic information of a certain region. as in Zero Dawn, Aloy needs to find a way to scale these structures and convert their cores – which are in the head of the machine. This way, a large part of the surrounding map will be accessible. See a special help to find all the Necks.

With the horizons already clearer before the warrior, it’s time to look for a way to cross the forbidden west in a slightly less painful way. The best way to do this, other than fast travel, is to find and convert machines into mounts. For that, Aloy will have to get her source codes that are in the core of the cauldrons scattered around the map. These locations are the factories for the game machines.

Your map is now more open, you can already master and assemble machines, so it’s time to clear the forbidden west from the threat of Regalla rebels! You’ll find several rebel outposts along your way, as well as some large enemy encampments as well. As you find them, or hear rumors of their location, they will become available in the in-game menu.

Invading and conquering all the rebel camps, as a side quest that will take some time to complete, will be worth it, as the final reward is a legendary bow. Interested? Of course yes! Then check out this guide to find all enemy settlements.

What do we think of Horizon Forbidden West?

Horizon Forbidden West is a clear evolution of Zero Dawn, both in terms of story and character development and gameplay. Note also the incredible leap in visual quality in relation to the previous game, which was already very beautiful. Aloy is more sure of her goals and has matured a lot, even though she is still going through some struggles because of her stubbornness and mania for wanting to solve everything herself.

The Bravery Boosts system has brought a more dynamic and aggressive air to combat, which was a bit tight before, and the new machines (as well as some familiar ones that have returned) bring an even greater challenge – especially on higher difficulties. Although it’s not a perfect game, Forbidden West it’s a treat to play slowly, enjoying every corner that the beautiful forbidden west has to offer.

Want to know even more about what the technoblog did you think of the game? Come have the full review here.