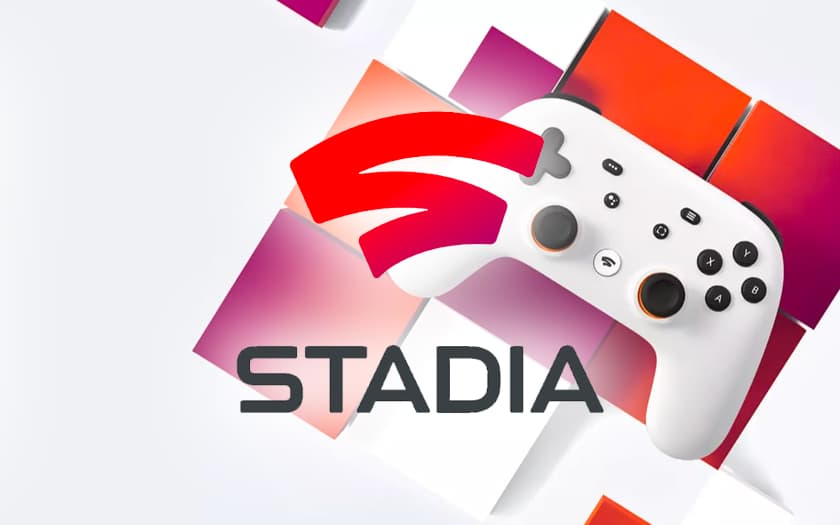 Stadia is an on-demand video game streaming platform in the cloud. The service allows you to play AAA video games on all kinds of devices, whether on PCs or smartphones. The service was launched in November 2019 in 14 countries, including France. Here’s everything you need to know about Stadia.

Google Stadia. The plural of Stadium in Latin (first a unit of measurement and then a speaker as we know them), this name evokes conviviality, “playing together” as well as spectacle. This is in any case the philosophy of Google with this service, which seeks to create a new gaming space through streaming.

Stadia is an on-demand cloud streaming video game platform (yes, we know, that’s a lot of words side by side). It mainly serves two types of users. On the one hand, publishers and content creators who can put their games on Stadia.

For this, the latter have tools made available by Google, and can rely on the service to radically simplify their distribution and promotion channels (a link is enough to launch a game, Stadia is therefore de facto integrated into all social networks, in addition to being perfectly integrated with other Google services such as YouTube). 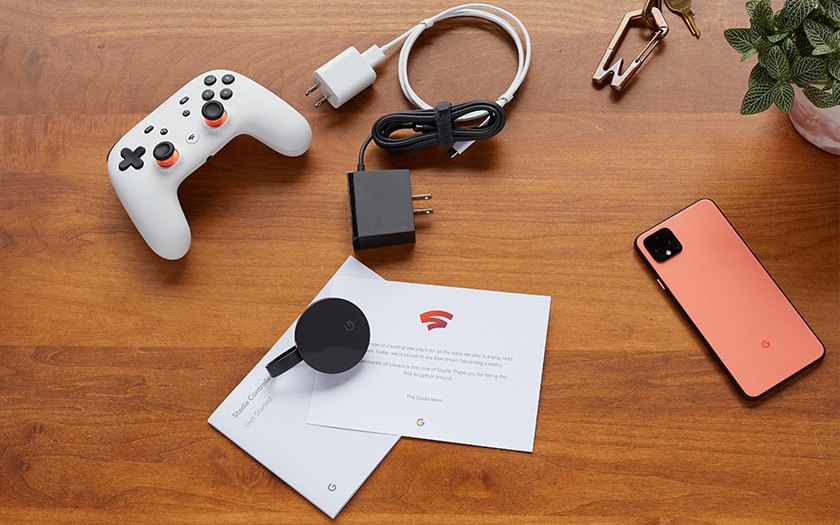 On top of that, with Stadia, publishers benefit from instances with unprecedented computational power. And can for example optimize their games for multi-GPU architectures for mind-boggling graphics.

On the other hand, there are gamers: they can access a Stadia game through a simple link, no matter what machine they are viewing it on, as long as it has Google Chrome installed. This destination terminal does not need to be powerful: it just needs to be able to connect to the internet and have sufficient speed.

You can thus play an AAA game in practically the same conditions on smartphone, tablet, computer, and even on television if it is equipped with a Chromecast Ultra. The other big advantage for the user is that he can consume a game in seconds, without the time to install, update, or launch.

The service was released in France in November 2019.

Two options are available: the first, Stadia Base, is free. The second, Stadia Pro, is marketed at a price of € 9.99 per month.

In addition to these offers, Google initially offered a pack called Google Stadia Founder’s Edition. For € 129 it includes a Stadia Controller (Limited Night Blue Edition), a Chromecast Ultra and a 3-month subscription. If you opted for this option, you should have received an email before Stadia launched so that you could choose and reserve your nickname before everyone else.

If the Founder’s Edition pack quickly ran out of stock, it was quickly replaced by a pack First edition available at the same price. It also gives the right to 3 months of free subscription.

Google has been the target of a lot of criticism since launch, due to a service far removed from the original promises. To reverse the trend, Google has nevertheless made efforts:

You can check out the list of features that were missing at the Stadia launch here.

What video games are available on Stadia? 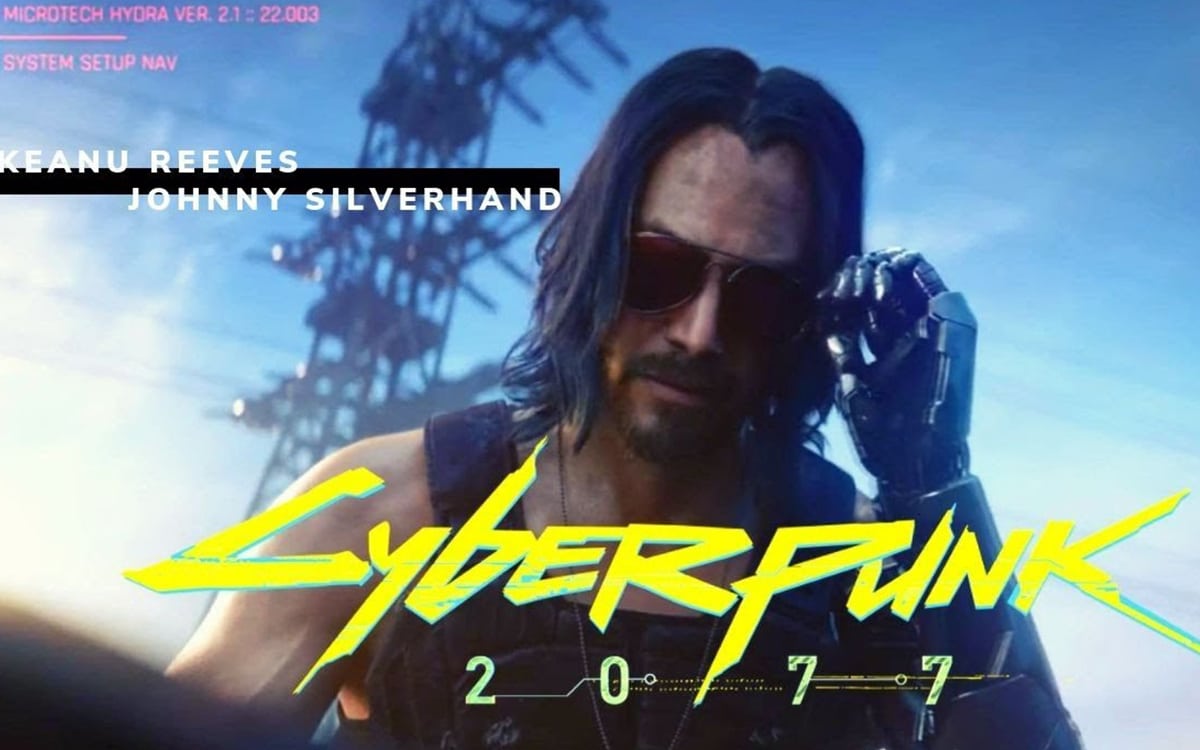 These games could be unlocked for free with the Stadia Pro subscription in June:

In July Stadia Pro subscribers could unlock these games:

Which smartphones are compatible?

Stadia is compatible with a handful of premium smartphones:

Which controllers and Chromecast are compatible?

It is almost certain that you already have one or more devices compatible with Stadia. Indeed, according to Google, your computer, smartphone or tablet just needs to be able to launch the Chrome browser. Eventually, the company announced its intention to offer support for other browsers. In addition, it is recommended to buy a wireless controller, the Stadia Controller. Although it is now also possible to play with keyboard and mouse on PC / Mac. The Google Stadia controller is available on its own.

As you can see, this controller does not shake up the already established formula. Taking the symmetrical sticks of the Dual-Shock and the shape of the Xbox One controller, it offers four ABXY buttons as well as four triggers. Note that in addition to Start and Select, we find two additional keys: one to take screenshots and another to activate Google Assistant. The latter has been activated recently, but remains very limited, not allowing to interact directly with the game. 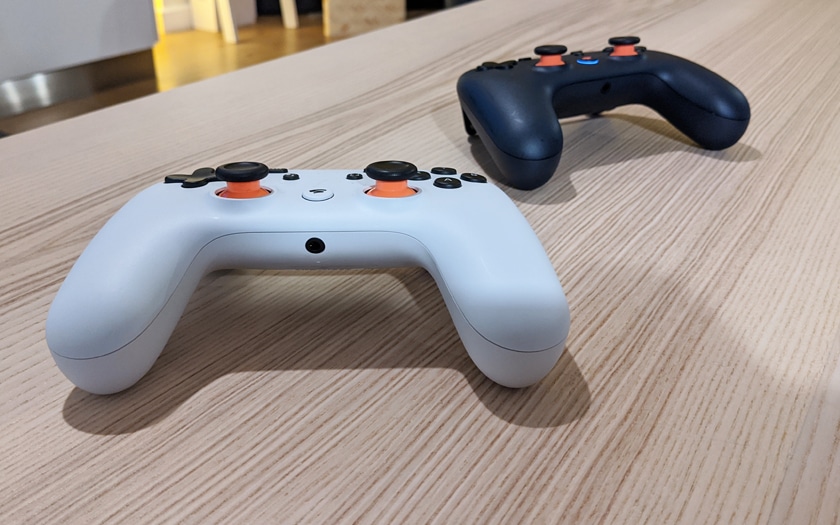 Even though Google regularly improves Stadia’s compatibility with gamepads, it is possible to do without. The Stadia application indeed offers touch controls if you are playing on a smartphone. These controls are highlighted above the game image (see illustration below) and take advantage of the touchscreen functionality of the phone’s screen.

Touch controls are compatible with all games in the Stadia catalog. The first version of the touch controls does not allow you to move the buttons, make them bigger or remove them to simplify the interface. Of course, this won’t replace a real physical controller, but it can help.

Also read: how to play Stadia on Android with a rooted smartphone

🌊 What minimum flow? Test your connection to find out!

Do you want to know if and under what conditions you can use Stadia? Google knows that the speed and quality of your connection is very important to the service’s user experience. This is why the firm has posted a connection test: 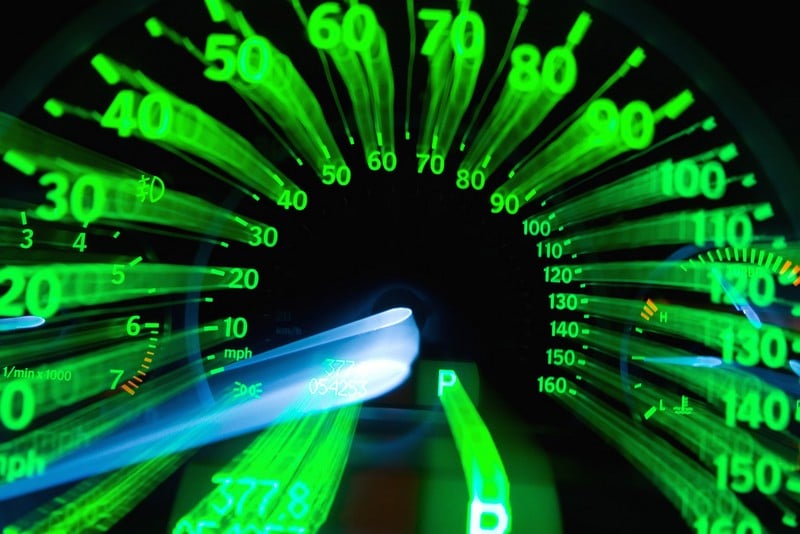 To give you an idea, a connection of around 10 MB / s allows access to the service in 1080p. For 4K HDR 60 FPS you need around 35 MB / s minimum. An independent test also shows that Stadia consumes more than 7 GB per hour in Red Dead Redemption 2 in 1080p at 60 frames per second.

And to avoid any latency issues, Google will use innovative predictive technologies, so the company is confident that its games will be more responsive than on any PC. Be careful though: contrary to what Google said, some Stadia games still require you to download data.

To operate, Stadia relies on expertise in cloud computing high traffic from Google. No need to dwell on the fact that Google is already a leader in so many areas based on this skill, especially its search engine and YouTube. Google Cloud Platform is also the third largest infrastructure of its kind, behind Amazon Web Services and Microsoft Azure.

And if we are talking about these cloud platforms, it is precisely because they already provide Internet users with instances in data centers – which is to put it very simple is also what Stadia consists of, even if the user cannot , in the latter case, do nothing other than play the games available under the conditions defined by Google. So when a user clicks on the button To play, Stadia is launching an instance in Google data centers, with a certain number of CPU cores, amount of RAM, storage and graphics processor (s).

The game is therefore run in this remote instance, and the video stream is streamed to the Google Chrome tab open on the game, on the player’s machine. Controller commands are the only things – along with possibly the audio stream from a microphone – to be sent from the player’s terminal to the instance open on Google’s servers. You can get an idea of ​​the Stadia interface on various media by clicking on this link. 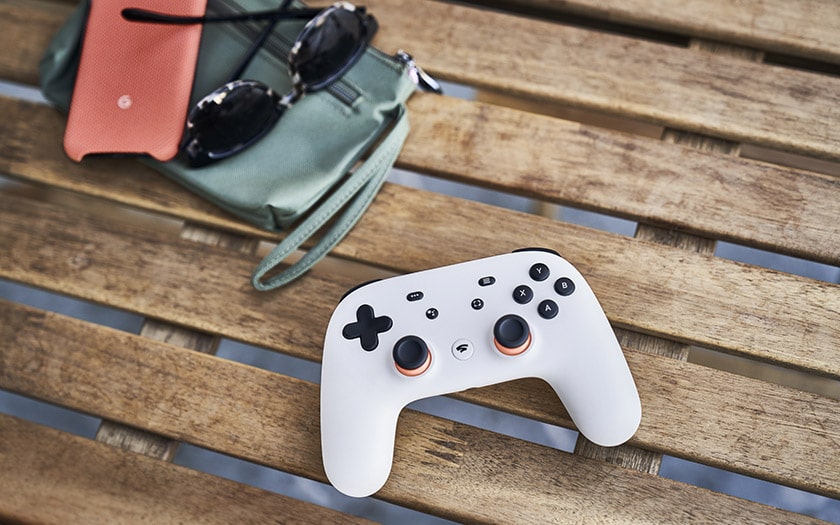 What is an instance?

The term instance has already been used several times in the preceding paragraphs. Since we are talking about service in the cloud, and the datasheet available for a particular game, you may see this term again and again. So what is an instance? Normally, this word is mostly used by developers when coding in an object oriented computer language.

The idea is that every time you launch a game, a dedicated space is created on remote servers with specific characteristics, and possibly personalized data like your game saves. 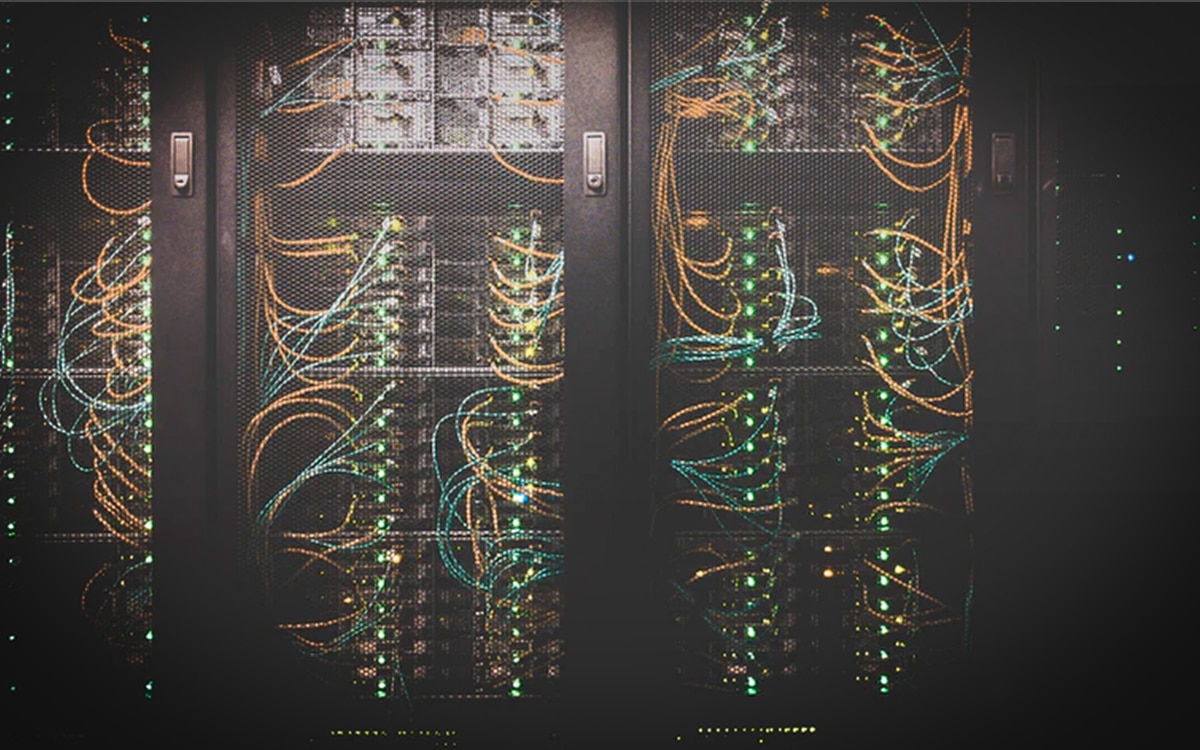 This is called instantiation, in other words the creation of an instance (for simplicity, you can think of it as a kind of virtual machine in a datacenter) from a predefined template. Thus, by instantiation, it is possible to reserve on demand a quantity of resources in a data center – number of processors, quantity of RAM, GPU, etc. – necessary for the execution of a task (in the case of Stadia, a game).

The technical sheet of each instance can be adapted to the needs of each game. However, Google gave this typical configuration when presenting the service:

According to Google, it is possible to play in 4K HDR at 60 frames per second. But Stadia is already getting ready to stream 8K games at over 120 frames per second. Either way, with 10.7 Teraflops of compute available, this instance of Stadia alone has more muscle than an Xbox One X (6 TFLOPS) and a PS4 Pro (4.2 TFLOPS) put together.

However, some are concerned about the ecological impact of Stadia when the service ramps up. 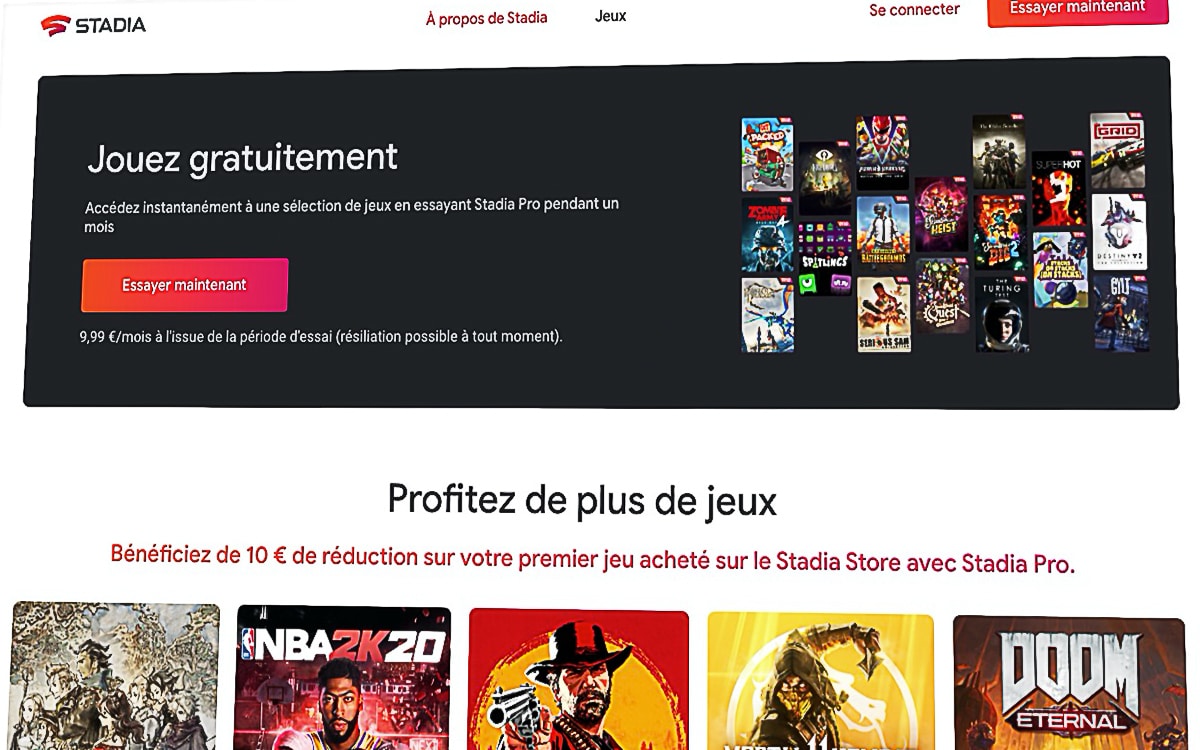 To get started on the Stadia adventure, just go to the official Google site and purchase the Premiere Edition package from Stadia (mainly for the controller and the Chromecast Ultra if you don’t have one). To the 129 euros that this pack costs, you will also have to add the subscription price of 9.99 euros / month, but note that you get the first three free. You will also have to purchase each game regardless of the Premiere Edition package, even those you may already own.

As mentioned above, Stadia will offer in 2020 a free offer, but limited to 1080p. The exact launch date of this offer is not yet known.

What are the alternatives to Stadia?

Believe it or not, Stadia is not completely revolutionary. Shadow for example recalls that he has been on the same vein for 2 years. The service, already available in France, allows users to take advantage of an ultra-powerful machine on remote servers and stream them. With lower bandwidth limits than those offered by Google to find its way into homes with an average internet connection.

Unfortunately, for the moment, this is the only more or less equivalent solution. Although some will object that it is possible with a little hacking to create this sort of thing in a Google Cloud Platform, Amazon Web Services, or Microsoft Azure instance. Let us also note in passing Microsoft xCloud, announced a year ago, and whose first public tests will begin this year.