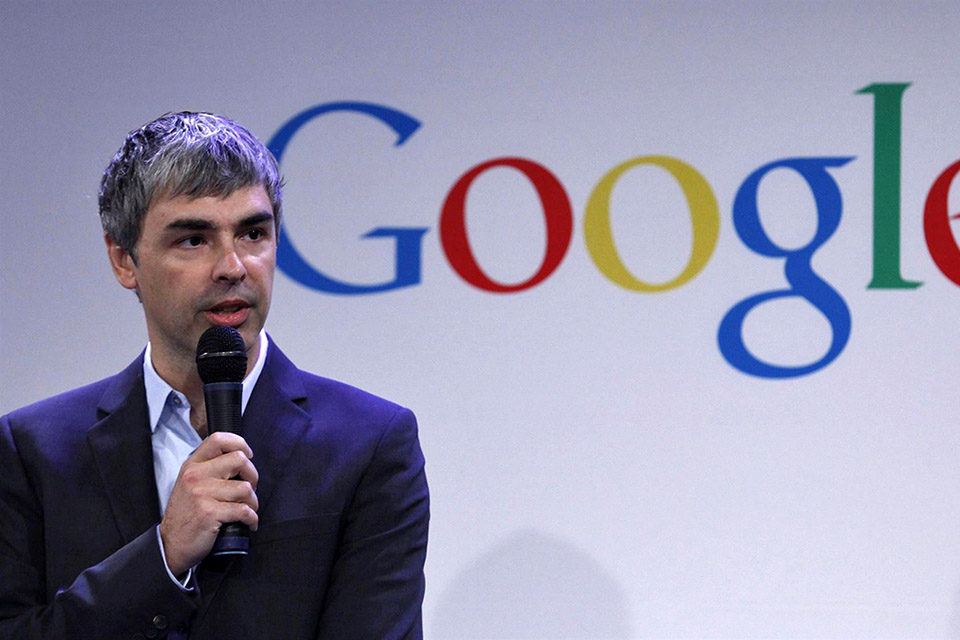 Those who see Larry Page for the first time do not imagine that that quiet, soft-spoken man is one of the richest and most powerful people on the planet. A computer scientist of origin, he was the one who had the idea of ​​creating, in 1998, the company that became one of the biggest empires of the world technology: Google.

Together with his partner Sergey Brin, Page remained at the head of the company, which has evolved from a simple search engine to a conglomerate worth more than $ 1 trillion. He was twice CEO of Google itself and then CEO of holding Alphabet, until transferring the command of both to Sundar Pichai at the end of 2019.

Today, like Californian billionaires Peter Thiel and Elon Musk, Larry Page does research on transhumanism and, while the quest to extend human life through technology still seems like a sci-fi movie script, the Google co-founder assures that “any thing you can imagine is probably achievable “. 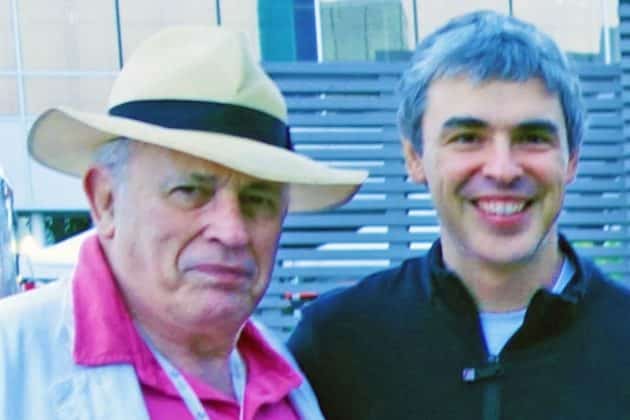 When he was born in Lansing, USA, in 1973, the parents of baby Lawrence, Carl and Gloria Page were professors at Michigan State University: he of computer science and AI; and she, programming. Both were part of the first generation of IT geeks.

The family home was always full of computers and technology magazines, which enchanted Larry from an early age. At a Google I / O event in 2013, he spoke of his father (who died in 1996) who once fought with the organizers of a robotics conference because he would not give up taking a minor, his son Larry, to the event.

With Serbian scientist Nikola Tesla as his idol, young Page was the first student at the school to deliver his homework typed on the computer. For that reason, graduating in computer engineering was a logical option and the master’s degree in computer science at Stanford University was a consequence. There, the Page & Brin duo was formed.

The partnership with Sergey Brin and the creation of Google 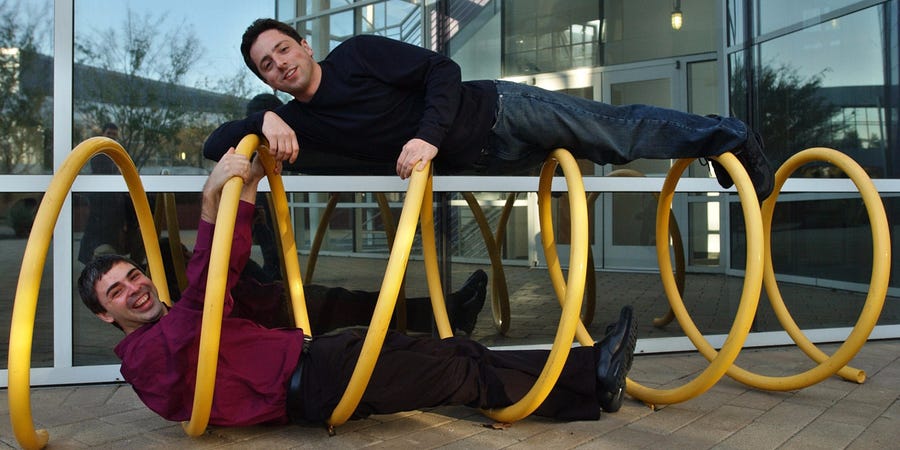 When he arrived at Stanford, Page met Russian-American Sergey Brin, who graduated in computer science and mathematics from the University of Maryland. They soon became close friends and it was in the university’s accommodation, specifically in Page’s room, after a dream in which he wanted to “download the entire web”, that the two young people developed the idea of ​​a search engine.

Self-declared intellectual soul mates, Larry and Sergey wrote the work together The anatomy of a large-scale hypertextual web search engine. The article that is the first theorization of the first search engine, is considered one of the most brilliant in the area to date. The name chosen for the engine was BackRub.

As the project began to expand into the real world, the two friends decided to rename it to Google, an allusion to the mathematical term Googol, which represents very high values: the number one followed by the number zero one hundred times.

The founding of Google Inc. 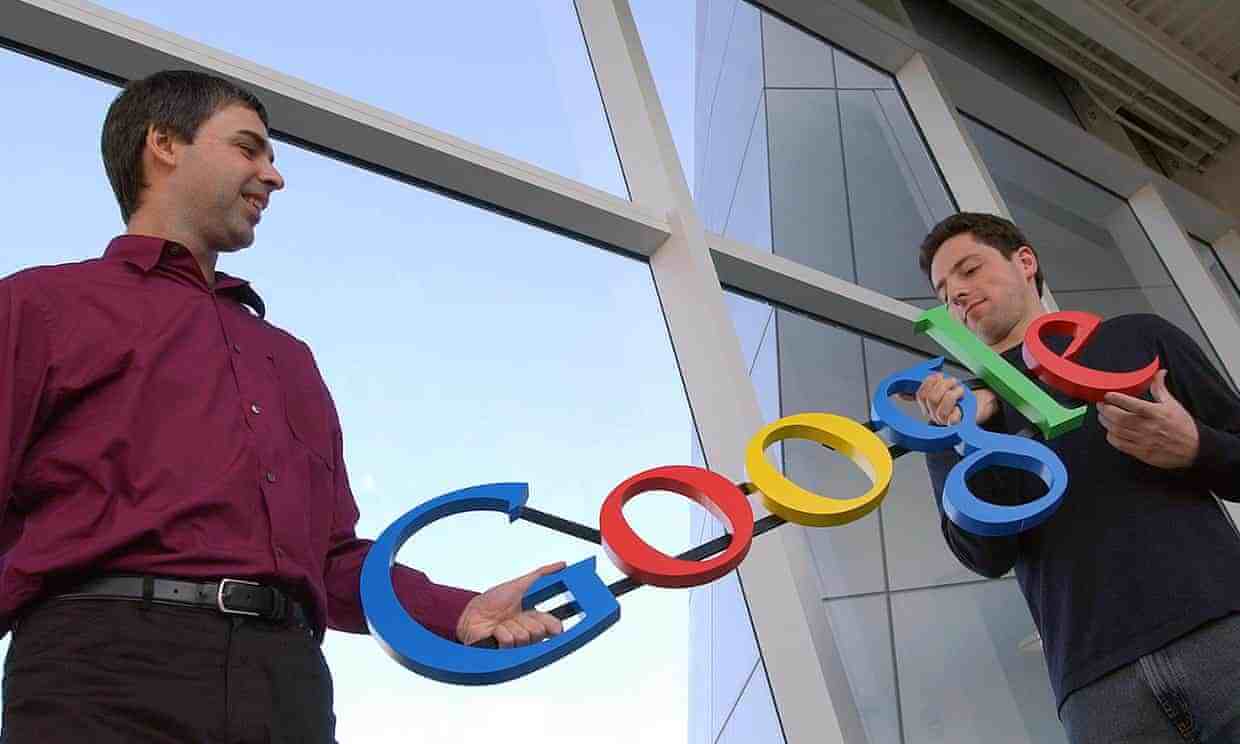 To finance its creation, Page & Brin began to capture, in mid-1998, the amount of one million dollars, mainly through loans with family and friends. The first major financier of the future company was German computer scientist Andy Bechtolsheim, founder of Sun Mycrosystems, who decided to invest $ 100,000 in the venture.

The two friends founded Google Inc. in 1998 and Larry Page was its first CEO. In the beginning, the search engine didn’t even have its own domain, being hosted on Stanford University servers with the URL google.stanford.edu. The domain we know today, and we use it every minute, was only created by the duo in September 1997.

Page’s leadership has always been focused on results and ambitious ideas. He himself recognizes that he is better at general ideas than management because he does not like to deal with people. One of your favorite leadership “mantras” is: “do not delegate: do everything you can on your own to walk faster”.

Earlier this month, after Alphabet announced great results in its quarterly earnings, the magazine’s Real-Time Rankings Forbes announced that Page’s fortune had risen to $ 91.2 billion, making him the seventh richest person in the world. In eighth place, with US $ 88.4 billion, was Sergey Brin.