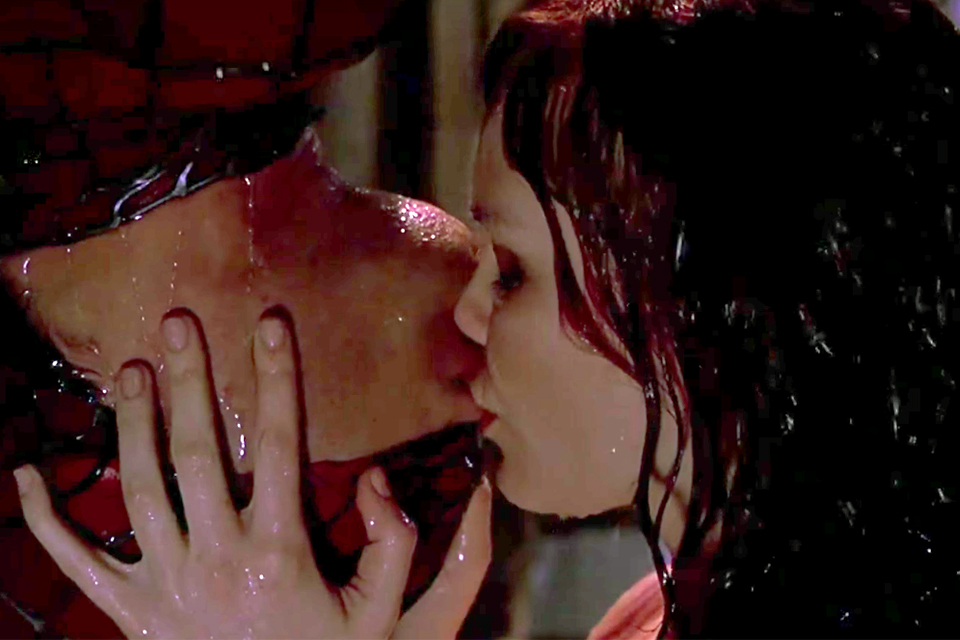 On April 13, the Day of the Kiss is celebrated. And to celebrate this date, we decided to bring 10 of the most unforgettable kisses in cinema. Let’s check it out?

The most iconic kissing scene among superhero movies could not be left out of the list. A masked Peter Parker (Tobey Maguire) saves his eternal crush, Mary Jane (Kirsten Dunst), from an assault.

As a thank you, MJ removes part of the hero’s mask, enough to continue protecting his secret identity, and kisses him.

9. Lara Jean and Peter – To All the Boys I’ve Loved Before

Lara Jean (Lana Condor) writes love letters to all the boys she has ever loved. On paper, the girl confesses feelings and things she would not say to anyone. One day, these secret letters are mysteriously sent to their recipients.

His former crush, Peter K (Noah Centineo) receives a letter, as does his current crush, who happens to be his brother-in-law. When she realizes that her sister’s boyfriend is coming towards her with the letter in hand, Lara Jean panics and kisses Peter by surprise.

This is the beginning of one of today’s most beloved teenage novels.

When Rose (Kate Winslet) and Jack (Leonardo DiCaprio) met on board the Titanic, the attraction between the two was instant. This was just the beginning of one of the most epic and tragic love stories in cinema. The scene of this couple’s first kiss is everything that viewers have been waiting for since the beginning of the film.

The plot of Moonlight it revolves around the kiss exchanged by Kevin (Jharrel Jerome) and Chiron (Ashton Sanders) on the beach. Like many of the best kisses in cinema, building the intimacy of the characters is almost as important as the act itself.

The two boys talk about their roles as young black men and slowly give in to their wishes.

6. Han and Leia – Star Wars: The Empire Strikes Back

In a very, very distant galaxy, a princess meets a hot mercenary. Between flirtations and fights, the chemistry between Leia (Carrie Fisher) and Han Solo (Harrison Ford) was undeniable.

On board the Millennium Falcon, the princess declares that she could not like Han because she likes “good men”. The mercenary replies “I’m good” before closing the distance between the two and finally kissing her.

When Bram (Keiynan Lonsdale) reveals himself as Blue, Simon is a little shocked, as he had discarded him after seeing the boy kissing a girl. After clarifying a few things, the two exchange kisses on board the ferris wheel.

The first time Jacob (Ryan Gosling) meets Hannah (Emma Stone), he tries to take her home, which doesn’t work. The second time the two see each other, the young woman enters the bar, drenched in rain, marches up to Jacob and surprises him with a kiss.

Emma’s boldness even surprises him that it takes a while to respond. But when he does, he turns the kiss into one of the best in cinema.

3. Allie and Noah – Diary of a passion

Allie (Rachel McAdams) and Noah (Ryan Gosling) had many legendary moments during the film, but nothing compares to the couple’s kiss in the rain, after so many obstacles and time apart.

The film may be controversial to this day, but there is no denying that the kiss exchanged between Kathryn (Sarah Michelle Gellar) and Cecile (Selma Blair) made history in cinema. In the scene, the two “friends” are discussing the advantages of training kisses with people of the same gender until they decide to practice between them.

The adaptation of the book Pride and Prejudice won many passionate hearts when it was released in 2007. Throughout the film, we see Elizabeth (Keira Knightley) and Mr. Darcy (Matthew Macfadyen) falling in love and exchanging little touches.

The couple only kiss during the last scene, when they are already married. Darcy first kisses Elizabeth on the forehead, then her cheeks and finally her lips.

What did you think of our list? Do you think a kiss was missing? Tell us in the comments.