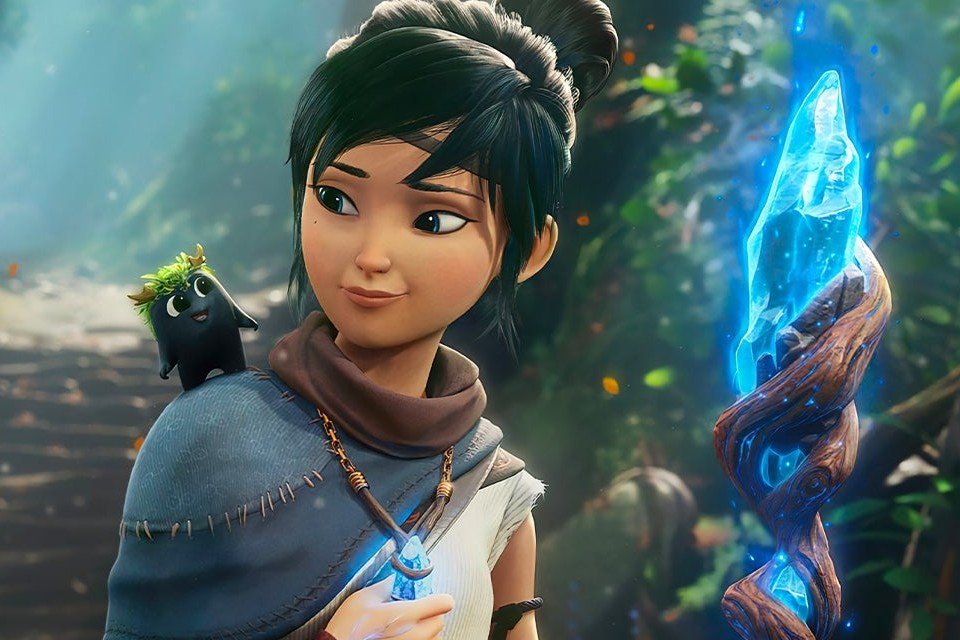 Older, nostalgic readers may fondly remember the 32-bit to 128-bit generations, when adventure, action, and 3D platform games were packed with charismatic, collectable characters to pick up on a map full of different areas spread across a short journey and nice to zero.

Despite being a game released at the end of 2021 and having amazing and modern graphics, Kena: Bridge of Spirits it feels like a relic straight out of the Nintendo 64 or PlayStation 2 library, and I say this as the highest compliment as possible, as these were some of my favorite generations of consoles!

Nostalgic without being dated, deliciously retro and full of thought-provoking moments, Kena turned out to be one of the best surprises of 2021 for me. Want to better understand the reasons? Then read the full review below!

Kena: Bridge of Spirits was developed by EmberLab studio, which you may know for his amazing work on the animated short Terrible Fate, inspired by the universe of The Legend of Zelda: Majora’s Mask. Although Kena is only on the PlayStation and PC consoles for now, it’s remarkable how much the team was really inspired by this Nintendo classic!

Not only because masks are also a very present element in the narrative of Kena, but especially because your little world has a lot of “nintendices”. During the saga of the spirit guide that gives the game its name, our young heroine needs to collect several little creatures called Rot.

Every now and then they are hidden in little environmental puzzles, like behind rocks, or maybe in high places that you reach by pushing a box, and even fulfilling small skill challenges.

Along the different areas you’ll catch dozens of Rots, which follow the protagonist around as if they were their own army of Pikmin. Far from being just walking fluff, they play a crucial role during the game’s deceptively simple combat. Check out the combat in action:

At first glance, Kena’s fights seem just a matter of alternating between strong and weak attacks with her stick, but it doesn’t take more than two hours before the nuances start to stand out.

Not only does the heroine gain new weapons, such as bombs and a bow and arrow to deliver attacks from a distance, but especially because mastering the Rot is what will dictate your success or failure. All the while, you need to control a courage meter at the bottom of the screen, and then fill it by hitting your rivals.

Using the meter will motivate the rots to help you in a variety of ways, and you need to choose the best use for your pets. They can, for example, consume a bar of courage in exchange for harvesting a plant that restores its life. You can also send the Rot on top of a monster and then paralyze it for a few seconds, like in this boss fight:

As enemies have different weaknesses and attack patterns, combat is a lot of fun and you’ll rack your brain and test your reflexes a little even on normal difficulty, which ends up being a pleasant surprise in these times when video games are too easy .

In addition to the fights carrying the fun by themselves, Kena Bridge of Spirits it also has a good deal of thought-provoking riddles here and there. The game doesn’t weigh heavily on this and they’re well spaced out, but it’s almost always fun to try to understand the logic of environmental puzzles.

Sometimes you need to step on buttons to raise platforms, other times you need to look for clues and trails, but the ones that amused me the most were those where I had to look around to find the right order to interact with objects in the exact combination . Here is one of the best puzzles in the campaign:

There are several quick travel portals scattered among the areas you explore, so backtracking is hardly too much of a burden. The map is didactic enough to keep you from going around in circles too, so Kena, despite having a very short campaign, at least he doesn’t abuse his stay by artificially stretching his playing time.

In just under 10 hours you should reach the end of the campaign, but you can still get a few extra hours of fun hunting all the collectibles. It’s not the most inspiring challenges of the century, but there’s a charm to getting new hats to customize your Rot.

Another cool little activity is interacting with fallen objects across the map and then repairing them by pushing them to the right place in exchange for good karma. This karma is for you to level up a very simple skill tree, but it brings essential rewards for not suffering so much against the bosses, such as a focus on archery to slow down time, or a more lethal charged physical attack.

Again, none of this is particularly profound or minimally different from things we’ve seen in other games, but in these times when we have so many grandiloquent blockbusters with nearly a hundred hours of gameplay, it’s sometimes nice to relax with a little unpretentious 3D adventure, right?

With very charming graphics, character models that look straight out of a Pixar animated feature, and an immersive soundtrack that’s fun to listen to, Kena is a great distraction for those who miss video games of old, with all the good and bad that that time brought.

Those who didn’t live that time may find some design vices strange or even the difficulty a little higher than usual, but if you loved exploring your city’s video store in search of a good adventure for your PlayStation 2 or Nintendo 64, Kena turns out to be a delicious time travel!

Kena: Bridge of Spirits is like revisiting the best 3D adventures of generation 128, but with a modern look