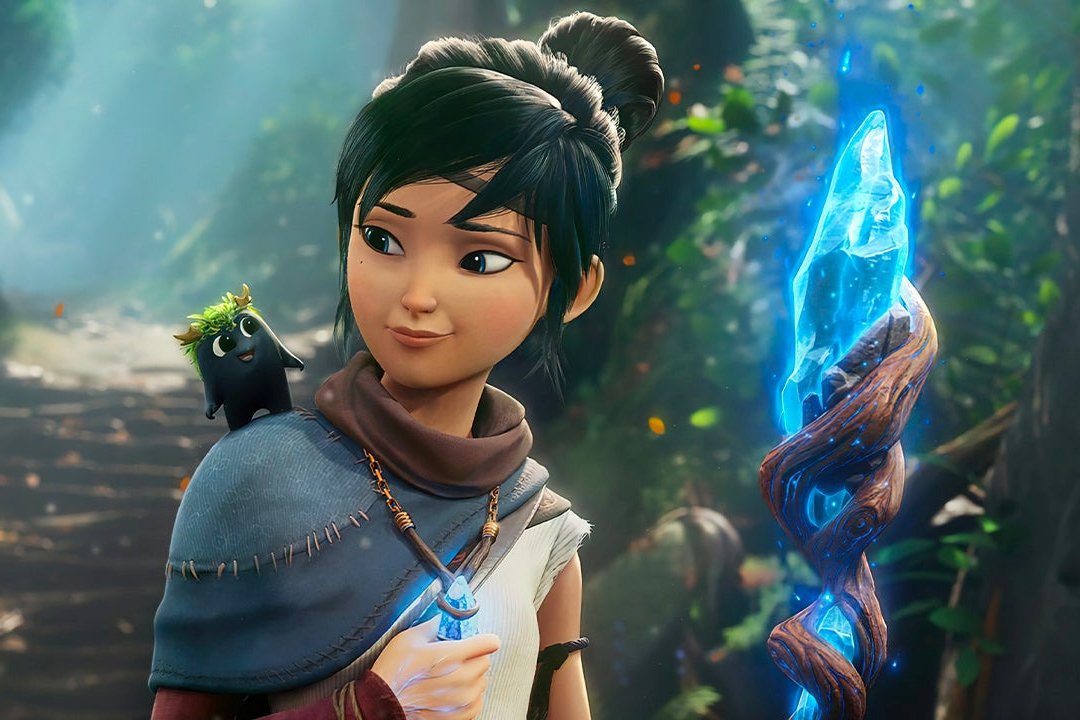 Kena’s grand journey through enchanted woods and spiritual ruins has a charismatic visual style and dazzling graphics, but is this game accessible to all audiences? As a continuation of the space on accessibility in games, we will continue with some analyzes that focus on these issues.

I would like to emphasize that accessibility applies uniquely to each person and these are my personal impressions of the game as a person with low vision, my goal is to highlight the options that are present in the game and make it more inclusive.

This review was done on a PS4 base.

For many of you who don’t usually use accessibility options, subtitles may be just a superfluous addition, and many games are localized in Portuguese these days, but for people with some kind of hearing or visual impairment sometimes have the option of changing simple features in texts can make all the difference. The game’s subtitles options are turned on and off without presenting different size or color options. This is generally seen as a negative feature in the accessibility world, as something as simple as having the option to change the size of subtitles or on-screen commands are things that can completely change a player’s experience with some type of visual impairment, for example.

It would also be interesting if the subtitles showed the name of the character who is speaking, as, for people with some type of hearing impairment, this would make the dialogues easier to understand. Another interesting feature to have in games would be the possibility of different colors for subtitles and the option of a dark background, so that the subtitle stands out from the environment.

As positive characteristics of subtitles, I can highlight the time it is present on screen and the amount of words presented in each dialog box. In addition, I also have to point out that the default subtitle size, even though it is unique, it is not small as in other games with tiny subtitles and very difficult to read.

And, it is worth remembering that the game is subtitled in Portuguese, something positive for the experience.

The possibility to change button functions is present in Kena. This feature allows people with different types of mobility to choose the most comfortable buttons for their game. What will the jump button be? What will the attack button be? You choose. 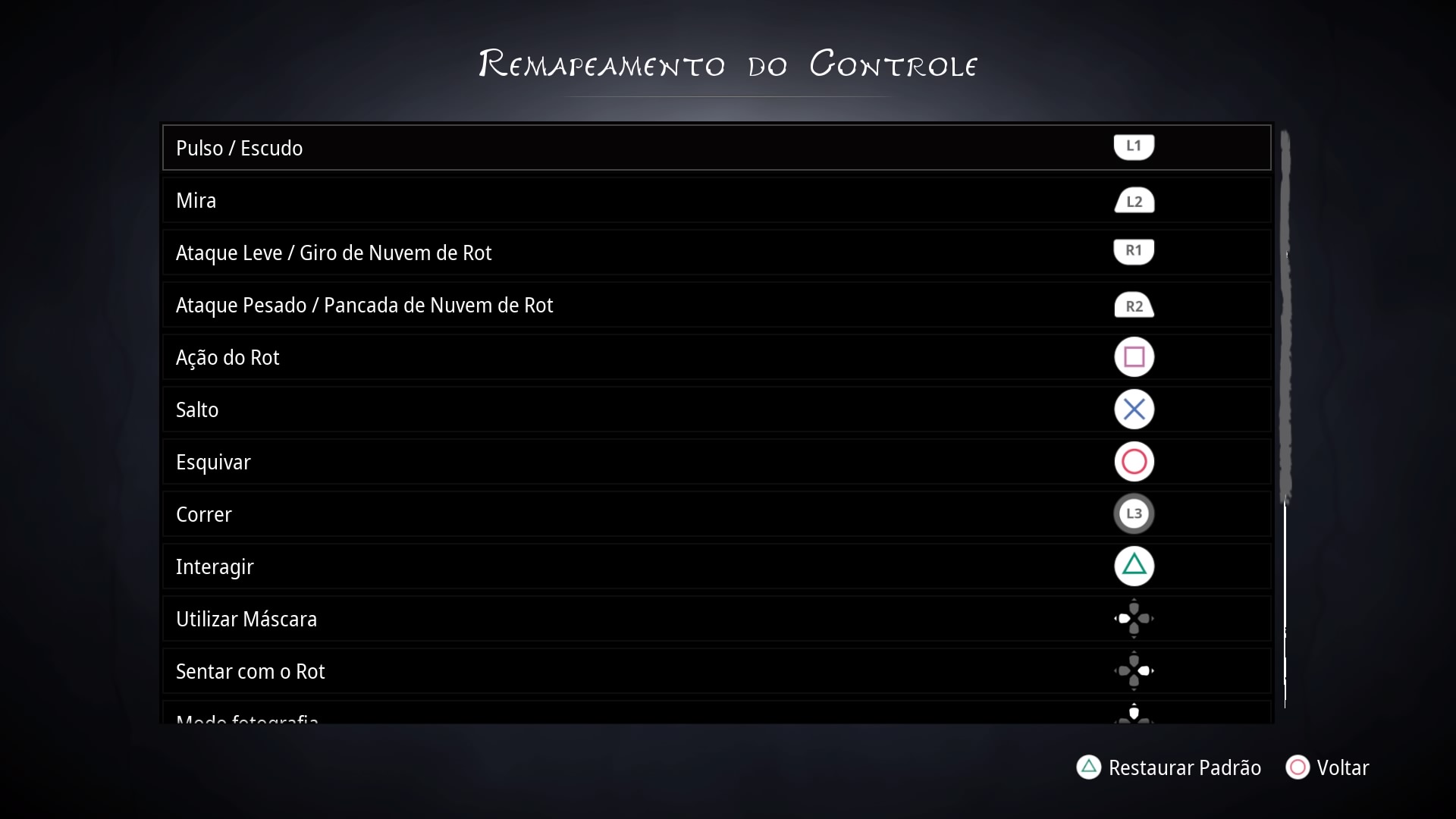 The adventure features exploration, combat, platforming and puzzle sessions, the mechanics in general are simple and work very well in most situations. Sometimes the camera goes where it shouldn’t and brings problems like these little things. But, overall, the animations are beautiful, every movement looks hand-animated and the richness of detail is everywhere. 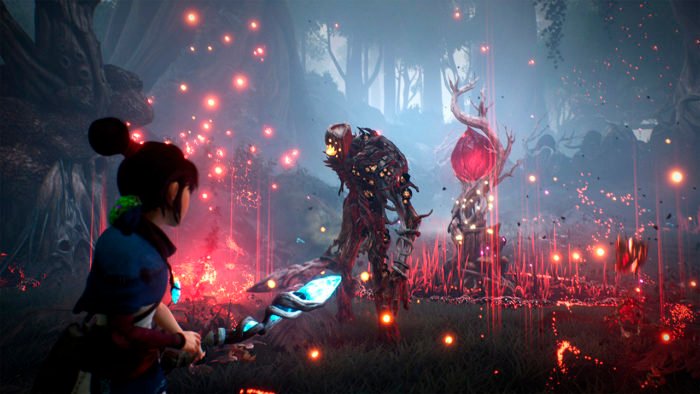 And when it comes to accessibility, the game features options such as automatic aiming, and dynamic camera in combat. 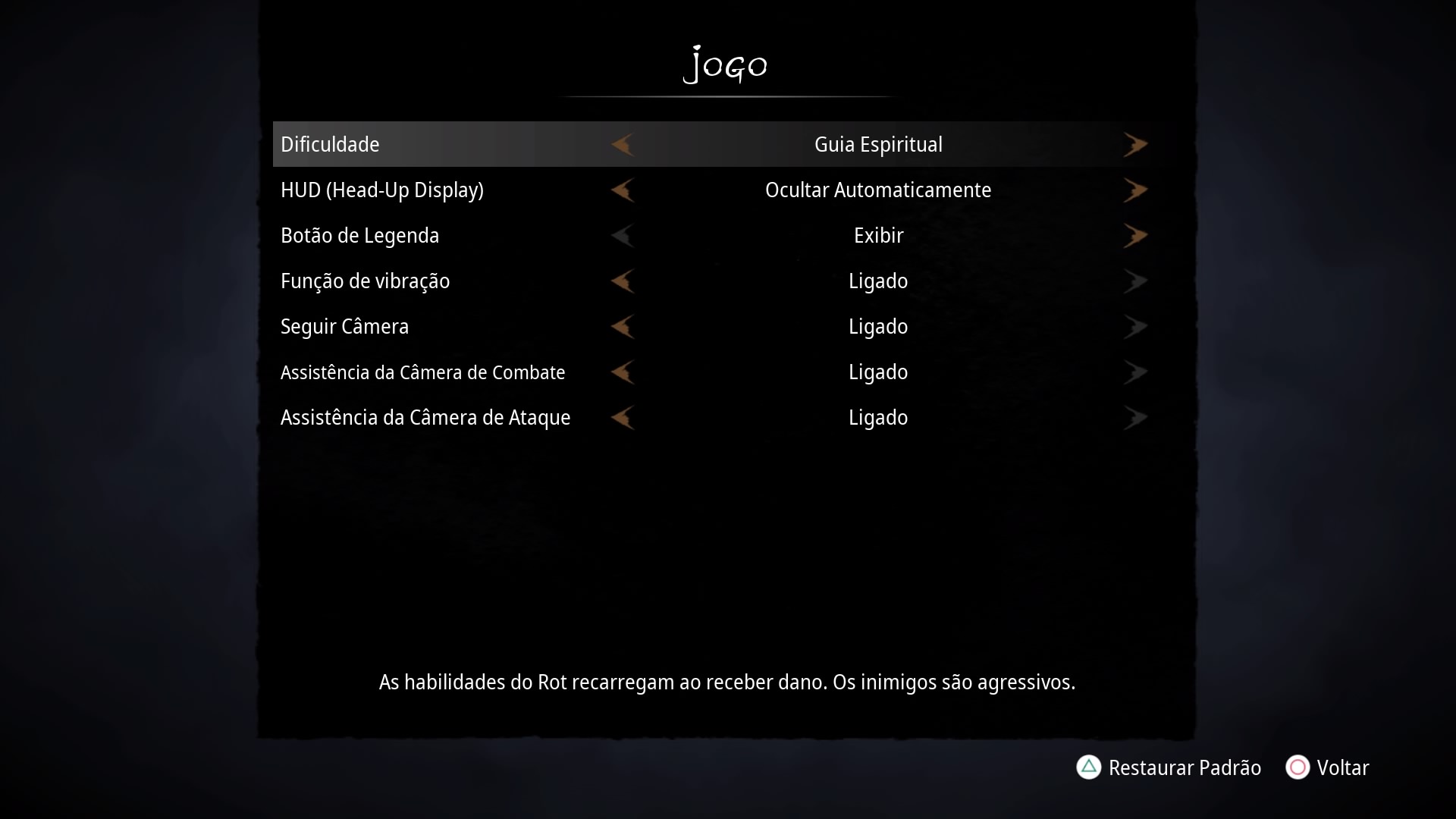 The entire game design is very visual and the game practically points the way forward, something that is a positive point, because, in this way, the player always has a good idea of ​​where he needs to go.

The life and energy bars work dynamically, that is, they only appear when necessary, thus not polluting the screen with too much information. This is a great feature for anyone who has some type of dyslexia or attention deficit disorder. Still talking about mechanics, there is an action called pulse that shows the player both interactive and visual items audibly.

I found it very interesting how this mechanic is something that generates accessibility and, at the same time, is a natural part of the game’s narrative.

In this adventure Kena has to face the corruption that plagues the forest facing spirits that refuse to leave our world. Boss battles are particularly difficult in normal mode, which is the difficulty I played. They are not unfair fights, but they are challenging.

The difficulty of the title, in my view, is quite unbalanced, most of the time the game has an acceptable level, but in boss fights the difficulty rises disproportionately to the rest of the adventure – and perhaps for people with some kind of motor difficulty and reflexes in general, that’s a deterrent and a lack of accessibility in this aspect of the game.

If necessary, the difficulty mode can be changed at any time during the campaign, a solution might be to create an adaptive difficulty mode that, when the player dies a lot in a part, the game automatically lowers the challenge to not generate as much frustration because Kena it demands a lot of reflexes in battles against the main bosses.

Depending on your type of disability puzzles can be an insurmountable obstacle. for example, not getting past a puzzle because you can’t see something, so games that have the option to skip these steps are considered more accessible.

the puzzles of Kena they’re not very difficult, but I feel that the game should better indicate what to do with them, because in general the game doesn’t take your hand and gives hints to solve the puzzles if you take a long time to solve them. Maybe for someone with some kind of visual difficulty or dyslexia, it may be a little difficult to resolve some, but in general they are not difficult as in other titles of the genre. 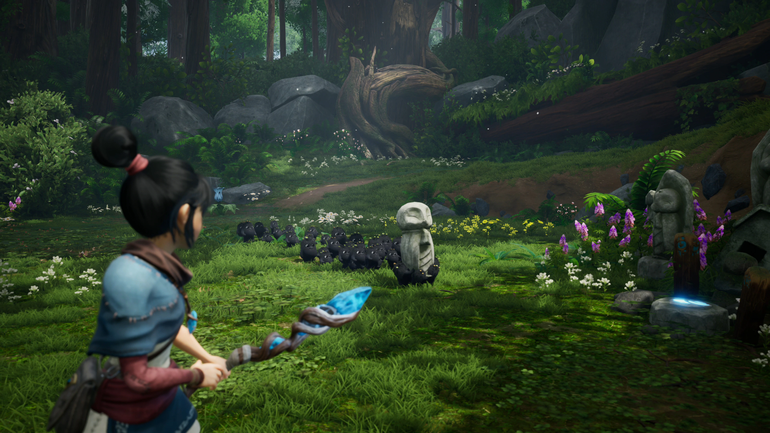 I believe that Kena should have an option related to the amount of tips the player would like to receive during their adventure. Overall, the game has some accessibility options, but they are protocol and basic, there are subtitles, but no subtitles font or color options, for example. Furthermore, the unbalanced difficulty of the game can generate a lot of frustration for the audience that needs accessibility.

Kena: Bridge of Spirits does a good job of game design in making accessibility embedded in the narrative without being invasive, with the protagonist’s staff showing the interactive items, for example, but even being a good game it has a lot to improve in terms of accessibility.