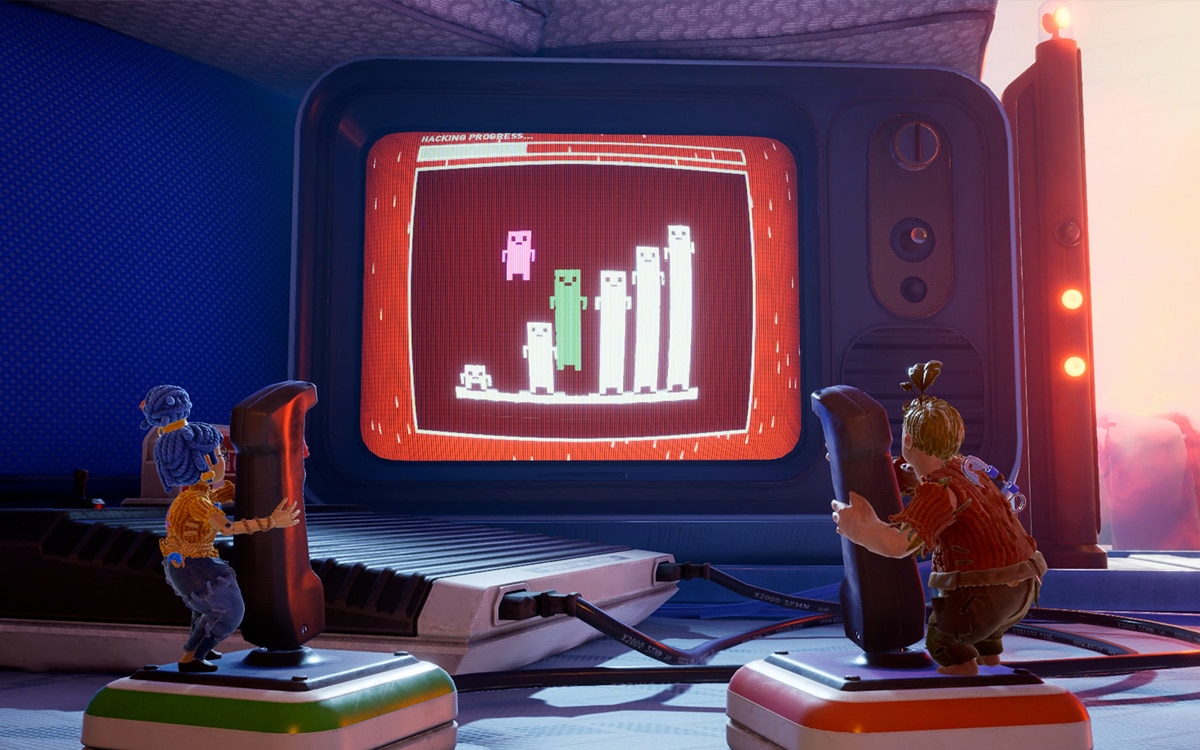 The Game Awards ceremony, held that night, honored It Takes Two by crowning it game of the year. The event was also an opportunity for the studios to broadcast the highly anticipated game trailers. And this year, there is heavy. We summarize everything you need to remember from the evening.

Last night were held the Game Awards 2021, the annual ceremony which rewards the best of video games. For this new edition, there was very, very heavy to compete at the top. Indeed, the nominees for Game of the Year were Deathloop, It Takes Two, Metroid Dread, Psychonauts 2, Ratchet & Clank Rift Apart and Resident Evil Village. And the big winner is… It Takes Two! Hazelight’s multiplayer game captured the hearts of the jury, but above all of the many players who streamed the title when it was released.

Many other awards were presented during the evening, such as the player’s choice that goes to Halo Infinite, or the best direction won by Deathloop. However, the Game Awards are not just about highlighting the games that marked the year. It is also an opportunity for developers to show their upcoming project. And this year, we were served in terms of the trailer. We therefore offer you a quick overview of the most beautiful announcements of the evening.

The cinematographic aspirations of Quantic Dream are no longer to be proven. It is therefore natural that the French studio is now attacking a juggernaut of the genre: Star Wars. No gameplay image in sight, but we imagine more focused on the narrative than Battlefront or Jedi Order, like its previous titles like Detroit: Become Human. To learn more, you can read our article on the subject.

This is certainly one of the biggest announcements of the evening. Fans have been waiting for Alan Wake to return for over 10 years. The second episode will be available in 2023. In the meantime, it is revealed in a trailer that gives shivers. In the editor, we are all impatient, as evidenced by our article on the game.

The Lord of the Rings: Gollum

We had to be content with a tiny minute of trailer to discover the next game based on the universe of JRR Tolkien. This one will focus on the story of Gollum and therefore promises to reveal previously unknown secrets to us.

Following Guardians of the Galaxy, the new Marvel game will be centered around Wonder Woman. That’s about all we know for now, as the trailer just showed the heroine getting ready for battle. Patience therefore, the information will eventually arrive.

Let’s move on to DC this time with a supercharged trailer for the first Suicide Squad game. Between the hook of Harley Quinn and the multiple combat mechanics that the title seems to offer, the competitor of Marvel could well hold his revenge there in the video game territory.

It is therefore in a video of no less than 14 minutes that the Matrix Awakens demo is revealed. A first teaser had already been published a few days ago and the least we can say is that the Unreal Engine 5 fulfills all its promises. Something to make your mouth water before the release of Matrix: Resurrections.

After the success of the first opus, Ninja Theory had promised the return of Senua. Last night, the studio unveiled the first gameplay footage from The Adventures of the Picte Warrior sequel. She still seems to be in the grip of her inner demons, which manifest here as a giant on fire. A nice program therefore, provided you have your heart hooked.

Definitely, the Game Awards 2021 were placed under the sign of the sequels. Asobo Studio, another blue white red studio, reveals some gameplay images from A Plague Tale Requiem, sequel to the first Innocence opus released in 2019. The game is scheduled for 2022 and, good news, will be available on Xbox Game Pass as of first day.

Double surprise: TellTale Games signs its comeback after the immense success of the Walking Dead games and, what is more, chooses to adapt another series. This time around, it will be the SF juggernaut The Expanse, which depicts a humanity scattered throughout the solar system on the brink of civil war. We expect again to have to make tough choices.

Scheduled for February 4, 2022, Dying Light 2 has a new trailer to make fans salivate. We focus this time on the story, even if we find the elements that made the success of the first title (understand zombies and parkour mechanics). Patience, we’re almost there!

Finally, how to finish this list without talking about Elden Ring, certainly the most anticipated game of recent years. You won’t be insulted by reminding you of what to expect. Instead, we invite you to enjoy these 3 minutes of cinematic trailer, while waiting for the deadline of February 25, 2022.

The other announcements of the Game Awards 2021

Of course, it is impossible to talk about everything in this article. However, here is the list of all the games that were announced during the evening. Enough to be impatient for the year to come!