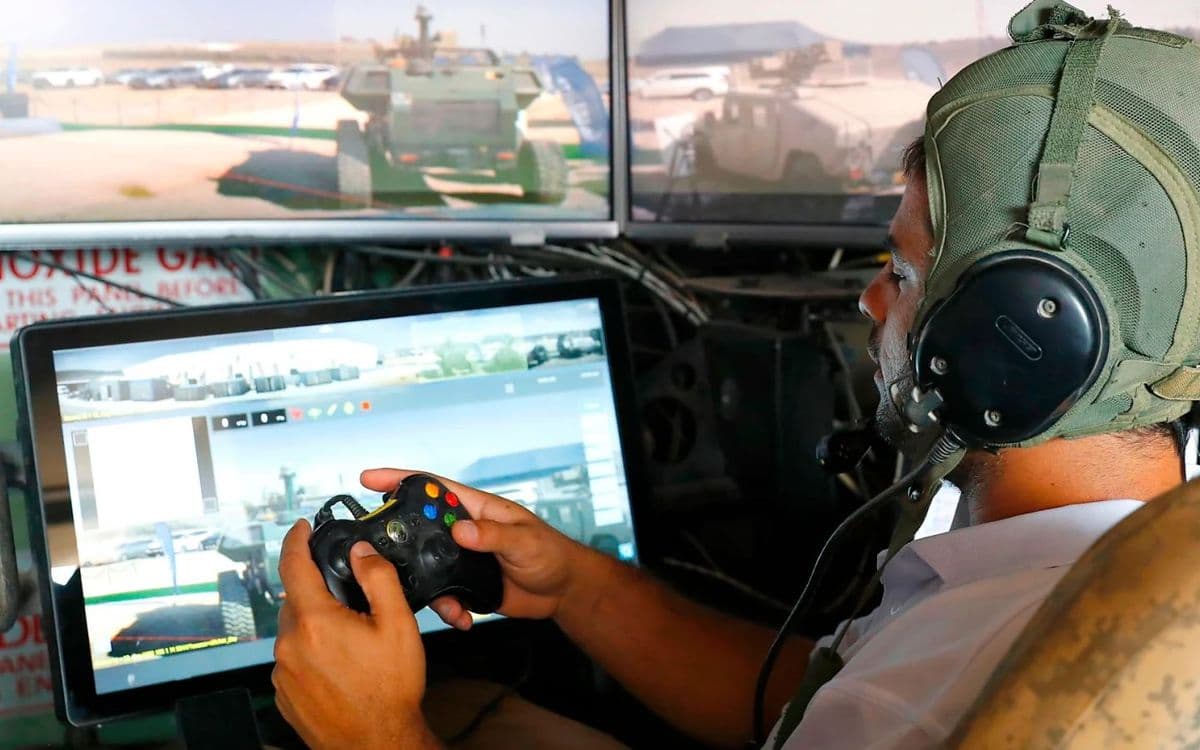 Israel presented a new kind of tank: the Carmel. Its particularity is to be controllable with an Xbox controller and to have large touch screens with an interface similar to video games. One way to make it easier for young soldiers to control the device.

The Israeli army presented the tank of the future: Carmel. This is a new interface that should equip the armored vehicles of the country in the coming years. For now at the prototype stage, this tank wants to completely revolutionize the way of driving taking inspiration from the world of video games.

No complicated heats or board in front of the pilot, but a simple controller Xbox (Xbox 360 in this case). Several reasons have prompted Israel Aerospace Industries (IAI) to choose this method of control. The place, first of all. An Xbox controller is not bulky. But the main reason given is video games, as Meir Shabtai of IAI, one of the project’s managers, says in the columns of the Washington Post:

“They (the Israeli soldiers) know the exact position of the buttons on the joystick, and they are much more efficient with this system. The controller is just an interface, the idea is to give them sophisticated technology that they are comfortable with. “

It is true that today’s young Israeli soldiers grew up with video games and know the codes, at least most of them. So having them use a controller is not that absurd. This allows them to quickly grasp the controls of the tank and not have to familiarize themselves with very complex maneuvers, such as exist on most of these armored vehicles. Of course, not everything can be controlled with the joystick, but this addition makes life much easier for drivers.

A Call of Duty interface

More than a controller for a dashboard, the Carmel goes further. No window inside the cabin, but a multitude of screens. Three main displays as well as a large touch pad for controls. Even more, the interface on the screens is inspired by the video game. The screen displays a map or the ammo left on the sides in an ATH that Call of Duty or Battlefield wouldn’t deny. Once again, everything is done here so that the young soldiers are in a familiar environment and adapt very easily. They are therefore focused on the action, not the interface.

Lastly, Carmel uses AI to improve its efficiency, especially in its training simulation. The simulator, developed under Unity, faithfully mimics the behavior of enemy soldiers and even automatically chooses the most effective weapon for the situation, which it will also do in the field. However, every action, such as opening fire, needs approval from the pilot.

The war is “gamified”

While the reasons behind this choice of interface are understandable, it still raises a few questions. Ethics, in particular on the fact of “gamifying” war. Microsoft, which provides the material on this point and which necessarily gives its permission, has not commented on the matter. Controlling a tank becomes easier, more modern, but can it be otherwise?

Using new technologies and making them more accessible to the next generation of soldiers is not really wrong. It is normal, all political and ethical considerations aside, that the designers of these tools make them simpler by using codes already understood by users.

This innovation is reminiscent of others, such as the fact that the US military uses drones to wage war from a distance, as was the case in Afghanistan. Killing someone thousands of miles away through an interface reminiscent of Call of Duty had been questionable at first. Regarding the use of technology, the French army is not left out. For example, the Army trains on a simulation called Spartacus, which uses codes from games like ARMA. Here, it is not the “skill” of the soldiers that is judged, all of them having played FPS before, but their ability to communicate in a tactical operation.