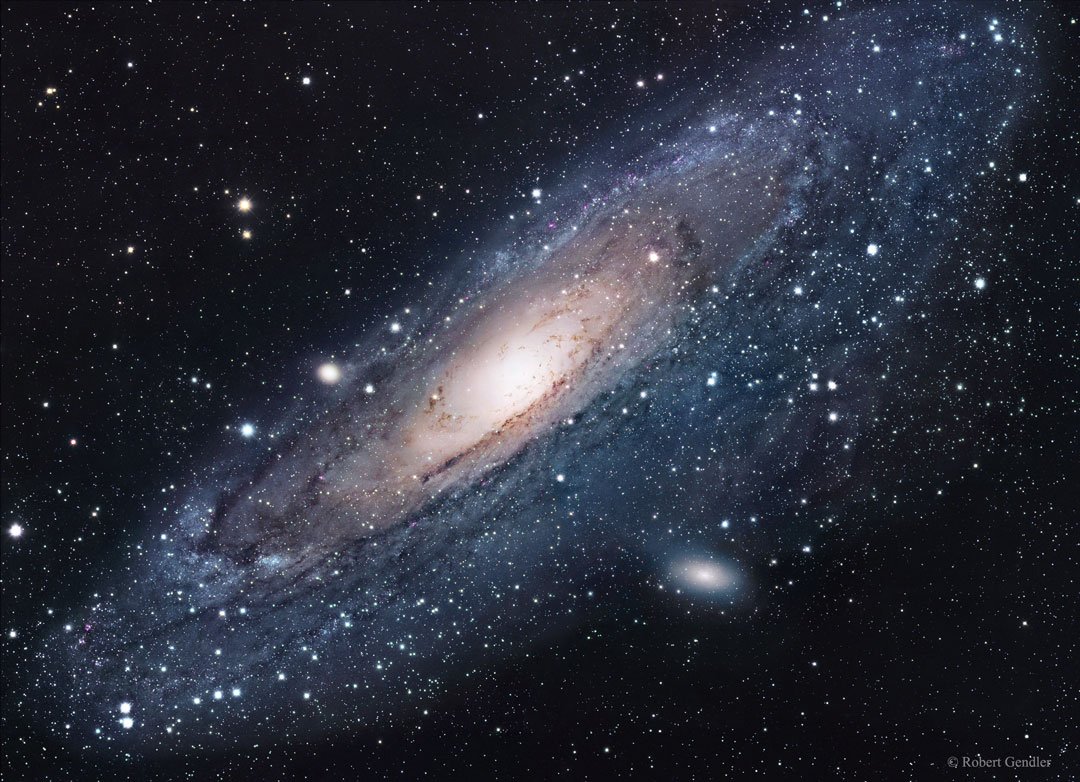 When we look at the night sky, especially when we are far from large urban centers and the number of stars in the sky is countless, it is practically inevitable that we do not feel small in the face of the vastness of the Universe beyond.

Galaxies, those gigantic celestial collections of stars, dust, gas and dark matter, populate the entire cosmos and are all over the place. Although the vast majority of them are invisible to our eyes, when scientists investigate our observable Universe stretching tens of billions of light years in all directions, they find that it contains an incredibly large number of galaxies.

But incredibly big how much? How many galaxies are there in the Universe? Counting one by one seems like an impossible task and, I can assure you, no one has ever done it.

Since they were discovered nearly a century ago in the early 1920s, astronomers have asked this same question over and over again, but without significant advances in getting a solid answer. This only came about thanks to the Hubble Space Telescope, launched in the early 1990s, which lifted the curtains and opened the windows of the Universe to humanity.

Astronomers pointed the Hubble, which until then was the most powerful optical instrument in history, to a small dark region of the sky, apparently devoid of stars or any known galaxies. In this vision of nothingness, Hubble saw something that stunned scientists over the next several years: the void was filled with galaxies!

The empty region in the sky, demarcated in the yellow L-box, observed for obtaining the Hubble Deep Field imageFonte:  NASA/STSCi

This image immediately became world famous and became known as Hubble Deep Field. It presents a sample of a Universe full of matter agglutinated in different forms and of many ages. 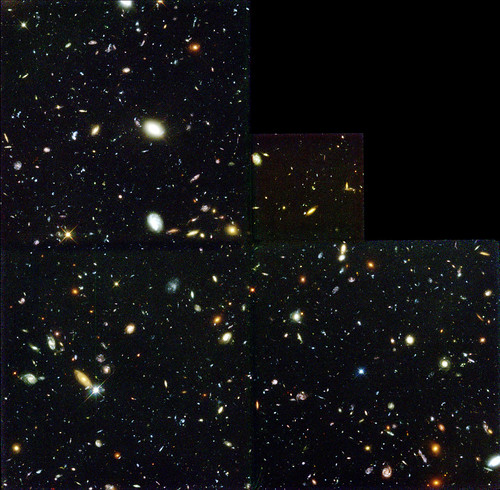 Now, if this little dot contains countless galaxies, imagine how many more could be found elsewhere? Then, we began to observe an increasing number of galaxies, mainly due to the new ability to detect smaller, weaker and more distant ones.

One of the most recent examples of this fact is the Hubble eXtreme Deep Field (XDF), an image taken by combining 10 years of Hubble observations, recorded between 2002 and 2012. The area of ​​the XDF in the sky is roughly the size of a pinhead and yet revealed thousands of other galaxies, both the closest and the very distant, making it the deepest image of the Cosmos ever made. 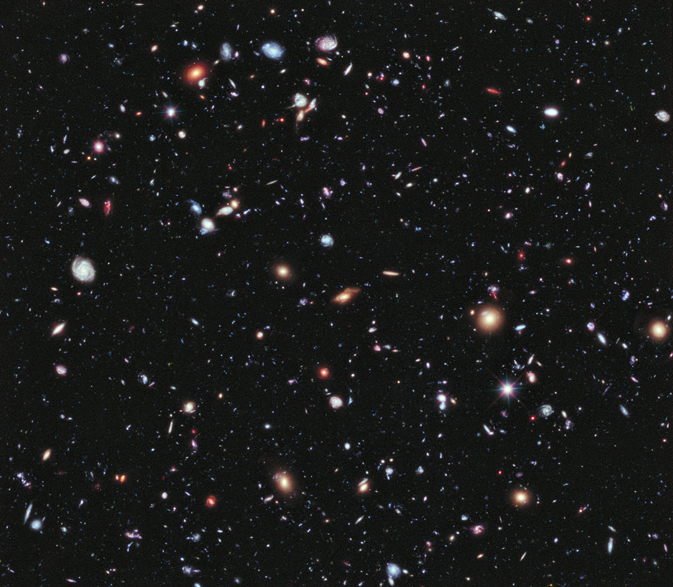 These results allowed astronomers to estimate the galactic population at between 100 and 200 billion. I say a “number between” because absolute numbers are a problem, since, as the count reaches the billions, in addition to taking a certain time to do the sum, the value depends on the parameters that are adopted in the estimates.

However, more modern and recent estimates are even grander: there are about two trillion galaxies in the Universe! That’s right. The number 2 followed by twelve zeros. But how do we get to that value?

Well, we can get to a lower limit by doing a relatively simple math: if a Hubble telescope observation covers a certain area x of the sky and in this region there is a quantity and of galaxies, then it would be enough to multiply the number of galaxies and by the total amount of area x that it would take to cover the entire sky. However, robust estimates are more complex than that. They take into account fundamental factors such as, for example, the models for the formation of structures in the Universe. 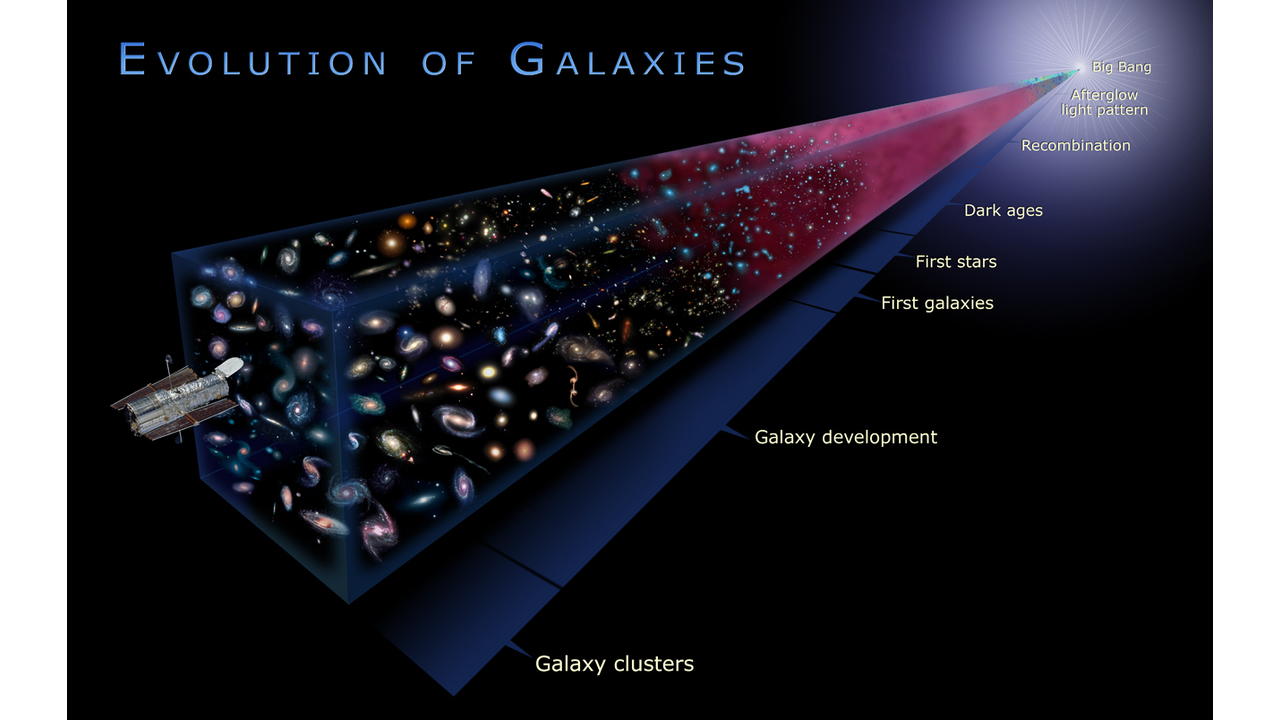 Basically, if we run a simulation that considers the ingredients that make up the Universe, the correct initial conditions when it started, and the laws of physics that describe nature, we can, in addition to simulating how this system evolves, estimate how and when the stars form and consequently do the same with galaxies.

Through such a simulation, it is possible to obtain a number that is not a lower limit, but a reliable estimate of the number of galaxies contained in our observable Universe: a remarkable value on the order of a trillion.

The next steps in assembling this great cosmic puzzle will be taken by the James Webb Space Telescope and the next generation of ground-based observatories, such as the Vera Rubin Observatory and the Extreme Large Telescope (ELT). Taken together, the data from these instruments will be able to reveal even more of the Universe that is still invisible today.

Is 2 trillion galaxies the number of the next lower limit?

Nicolas Oliveira, columnist of TecMundo, has a degree in Physics and a Master in Astrophysics. He is a professor and is currently doing a doctorate at the National Observatory, working with galaxy clusters. He has experience in Physics and Astronomy Teaching and with research in Extragalactic Astrophysics and Cosmology. It acts as a scientific communicator and disseminator, seeking the popularization and democratization of science. Nicolas is present on social networks as @nicoliveira_.