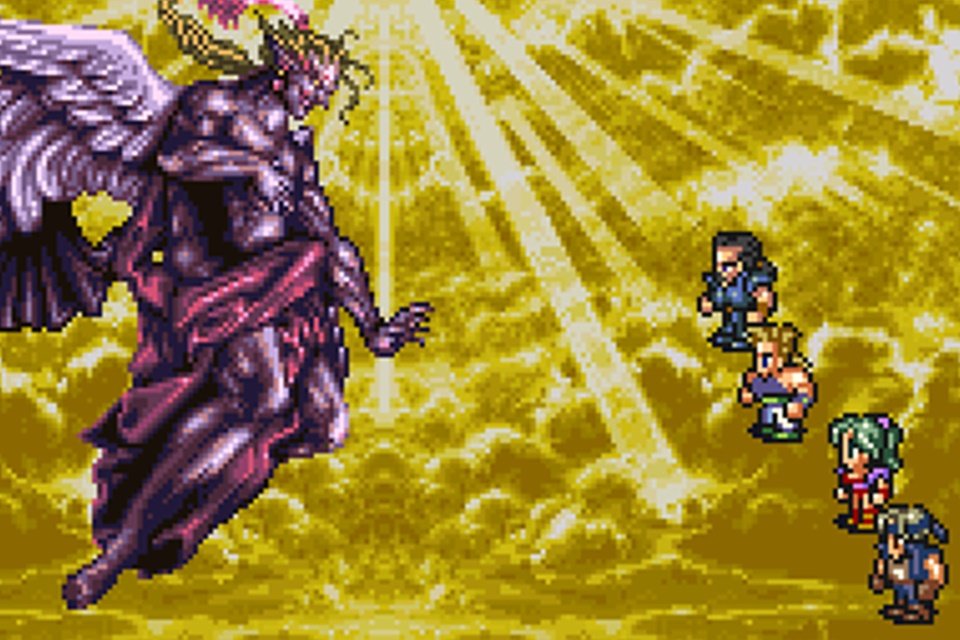 Here’s the team from Voxel is back with another theory from the gaming world. After presenting points that can make associations between Crono and Jesus Christ in Chrono Trigger, now let’s look at another great RPG from the 16-bit era: Final Fantasy VI (Where Final Fantasy III, as it became known on this side of the globe).

Because Final Fantasy VI? Simple. Because there is a possibility that his final battle is a direct reference to the book The divine Comedy, by Dante Alighieri. Want to know what the connection points are?

To begin the comparison, it is necessary to remember that the battle has three phases before the fight against Kefka Palazzo in her angelic form, each of which is a representation of hell, purgatory and paradise (environments that were visited by Dante and Virgilio in the book’s journey — which, by the way, we’ll just use as a reference, without going too deep into the plot).

The first place is hell, in which the protagonists don’t find fire when they reach the last level, but cold. And that’s where Lucifer is. In Final Fantasy VI, we have the idea that Visage, the first form in this final battle, looks like a demon with an ice-covered body part, basically with only the portion above the waist visible. Another point related to the icy area of ​​hell is the fact that the enemy is weak against fire, which is the opposite nature of ice in Square Enix’s RPG. 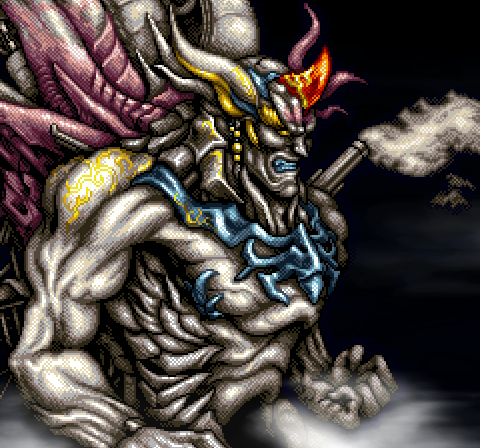 At the second point of the battle, there are four enemies: Tiger, Magic, Machine and Power, which are located in what would be purgatory, a place where souls go in search of purification before ascending to paradise for the definitive encounter with God. In the book, it is in this place that the protagonists meet the Mountain of Purgatory and become aware that it represents the seven deadly sins. In the game, the four opponents would be associated with things Kefka sought in his journey (especially magic and power), as well as making a bridge with the human race and the book.

And where are Tiger and Machine in this whole story? In the 1990s, when the game was created, the machines already dictated some rules for society (less than today, it is worth mentioning), and the game itself shows them being used in confrontations, even in the first minutes of the adventure. Tiger would be a reference to the River Tiger; in the work of the Italian writer there is a mention that paradise lies between the Tigris and Euphrates rivers, being the last stage to be crossed by the protagonists before reaching the abode of God. 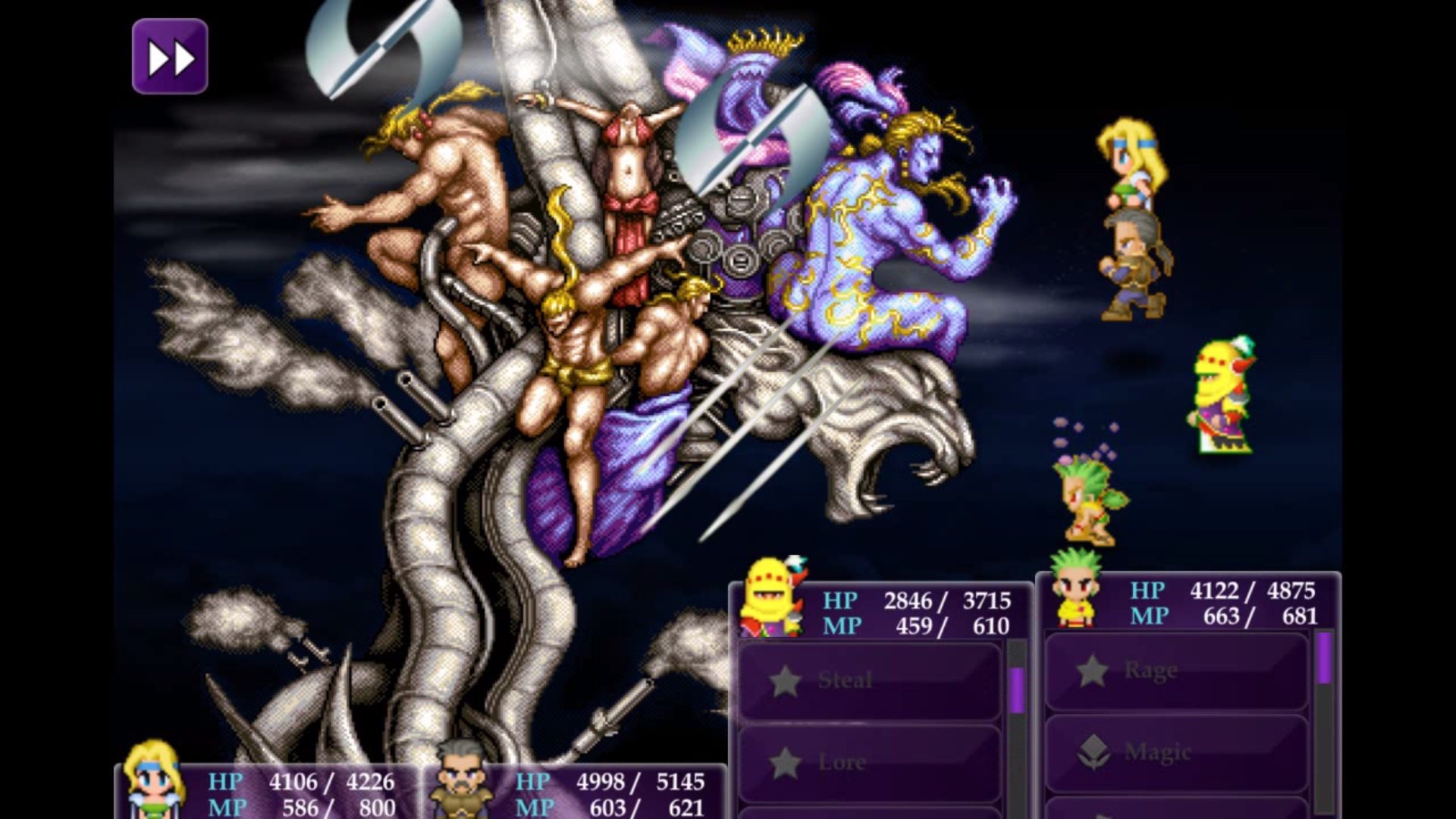 Finally, paradise has the most open references possible. The main enemy is called Rest and shows Kefka lying in the lap of a woman very similar to the one in the work. Pietá, by the Italian artist Michelangelo, in which Jesus is lying in the arms of the Virgin Mary after being taken lifeless from the cross.

The clear link with The divine Comedy is the fact that Dante meets God after the intersection of the Virgin Mary, and in the North American game the female part is called Lady, in direct reference to the mother of Christ (her name was probably changed to avoid possible complaints) — in the version Japanese, she is actually called Maria, besides having a halo and healing/resurrecting Kefka with her tears in battle if not eliminated before him. 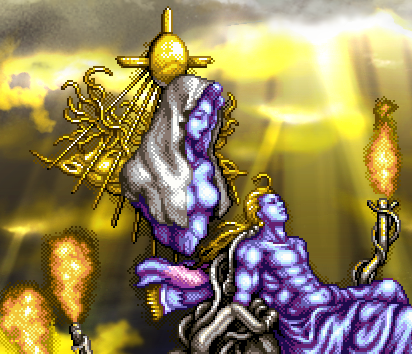 Kefka appears in its final form with an aspect very similar to that of an archangel, who are the closest angels to the Creator. In the book, God talks about the meaning of life for Dante, and the villain of Final Fantasy VI there is a similar speech at this moment of the confrontation, but contrary, saying that life is meaningless. Another analogy is the fact that the game’s main enemy has a coup called Fallen One, which would be a direct allusion to Lucifer, the angel expelled from heaven by Saint Michael the Archangel after trying to take God’s place. 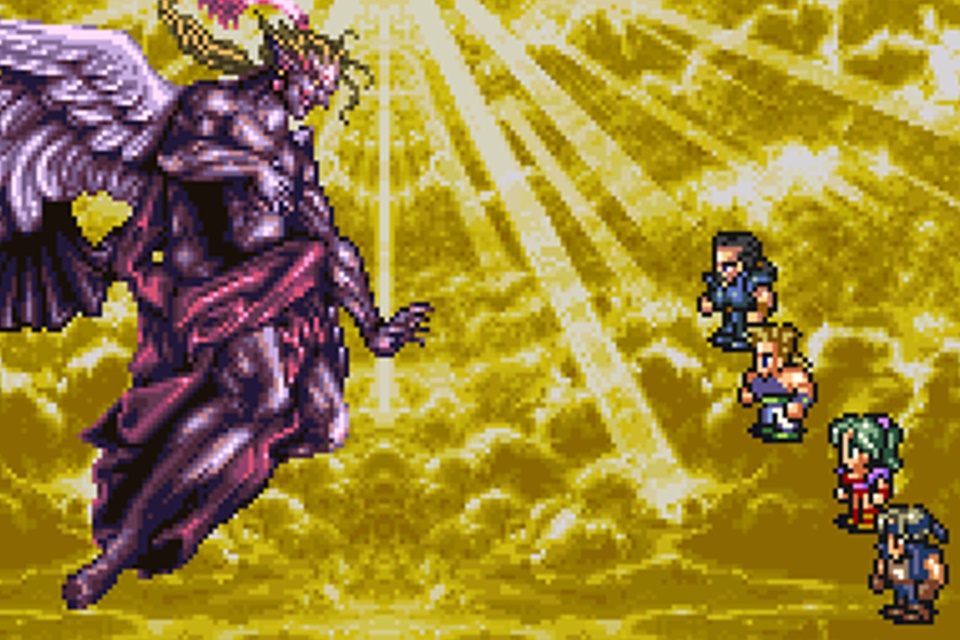 The references of Final Fantasy VI do not end here. You can see, for example, that Kefka’s surname is Italian, as is the author of The divine Comedy. Its look is very similar to that of a jester, something very common in the Middle Ages, the period in which the book was originally released, in addition to the presence of the River Lete both in the literary work and in the game (the point at which the group separates after leaving Bannon’s base, when Sabin falls into the river to later encounter Cyan and Gau).

A curious detail: in the official guide of Final Fantasy III from Nintendo (made by the old magazine team Nintendo Power) it is said that, in fact, the battle is against three statues that should release magic when defeated, but Kefka makes you fight the trio once more (each representing one of the stages before reaching the villain itself).

Check out this excerpt in the image below: 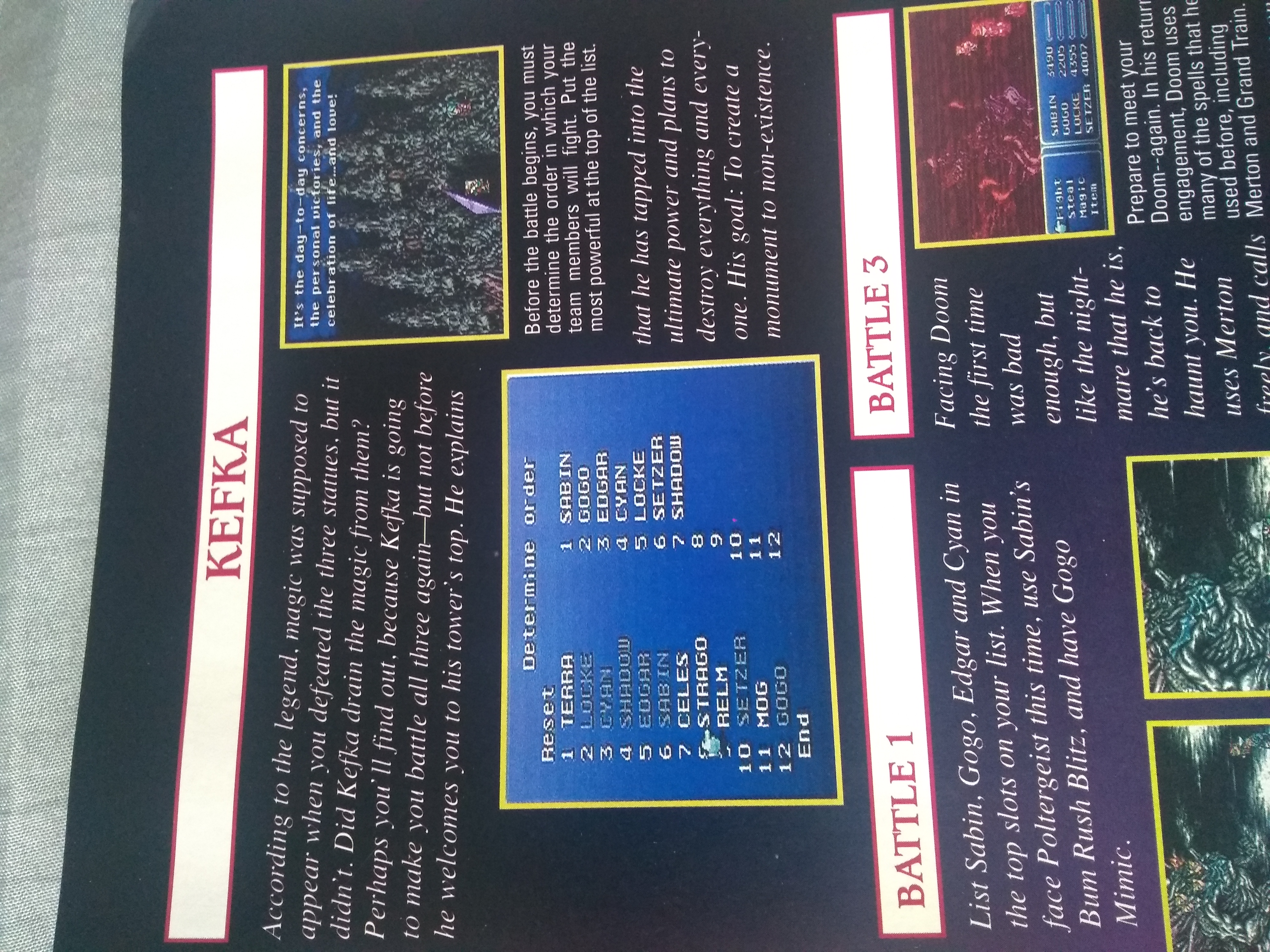 The question that remains in the air is: what do you think of this theory? Just another coincidence? Leave your message in the comments.