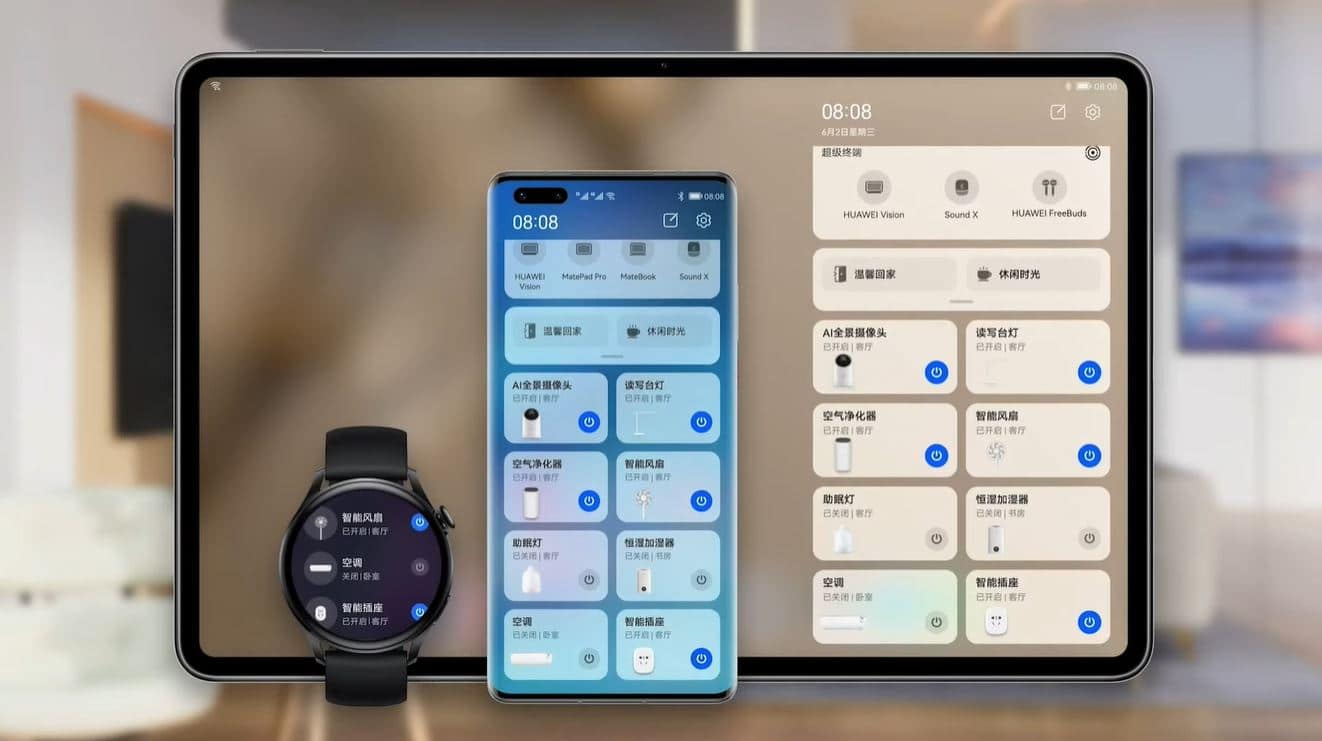 HarmonyOS is officially available on early devices and aims to invade the market. The changes compared to Android, the interface, new features, compatible devices, applications… We tell you everything about the Huawei operating system.

We’ve heard about it for about two years, not really knowing what to expect so far. But Huawei finally kicked off the official launch of HarmonyOS at a conference held on June 2, 2021. And since then, new information about the system has reached us. It’s time to take stock of everything you need to know about HarmonyOS, Huawei’s alternative to Android.

More than an operating system, Huawei presents HarmonyOS as a full ecosystem, whose goal is to standardize the experience on all types of connected devices, to better integrate home automation, and to break down compatibility barriers so that all devices work perfectly with each other in the most fluid way, ergonomic and transparent possible.

Google is working on a project of this type with Fuchsia, aimed at homogenizing its ecosystem which is currently partitioned between several systems (Chrome OS, Android, Wear OS, etc.). Apple is also aiming in this direction, and could soon launch homeOS to group all its connected objects under the same banner.

Huawei had to launch development in a hurry and therefore chose to quickly obtain a convincing result to be based on foundations that it masters, namely Android. In the end, HarmonyOS is to this day a kind of fork of android reworked by the Chinese group.

Why Huawei is abandoning Android?

Accused of spying and sharing information with the Chinese government, Huawei has been the target of significant economic sanctions from the United States. The US Department of Commerce placed the Chinese group on the Entity List, preventing it from doing business with US companies or under contract with US companies. Huawei therefore lost access to components, to the ARM license essential to the creation of its Kirin chips, and to Google services. If it is the administration of Donald Trump which is at the origin of the situation, the teams of Joe Biden do not seem inclined to accept a complete lifting of the sanctions, being satisfied to grant a few authorizations here and there.

Huawei therefore had to be content with delivering its latest smartphones with the EMUI overlay based on Android Open Source Project, which is royalty-free, and therefore without a Play Store or any Google application: Gmail, Maps, meet, etc. While waiting to be able to propel them with its own solution, therefore, HarmonyOS.

What devices are compatible with HarmonyOS?

Only a week after the presentation of Harmony OS 2.0 (the first version having never been truly deployed to the general public), Huawei was already celebrating the first 10 million users of its software. The brand’s new products will be released natively under HarmonyOS, and an update will be offered on many terminals already on the market. Over 100 Huawei devices are expected to receive an update to HarmonyOS. In this regard, the manufacturer is reassuring and assures that HarmonyOS will not erase data and Android applications from the smartphones on which it is installed, thus confirming that it is indeed a derivative of Android. Huawei is targeting 300 million HarmonyOS devices by the end of 2021.

For now, only a few devices have been formalized coming out directly under HarmonyOS. These are the Huawei Watch 3 connected watch (as well as its Pro model) and the Huawei MatePad Pro and MatePad 11 tablets. The first smartphones to be released under HarmonyOS will be the references of the P50 series, expected by the end of the month of July.

Please consult our dedicated file to find out about all smartphone models compatible with HarmonyOS. The P40, Mate 40, Mate 30 and P30 series are particularly affected. Huawei has communicated a deployment schedule, with dozens of other devices that will support HarmonyOS in the coming weeks and months. Updates will arrive gradually until at least the first quarter of 2022. High-end and more recent products are of course given priority.

The objective for Huawei will then be to impose its new ecosystem on other brands of mobiles and connected objects. The giant is eyeing in particular on the side of Chinese manufacturers who could fear losing their Android license. They are already wary of the United States, which could attack them at any time as has been done with Huawei. Xiaomi was even blacklisted in early 2021 by the Trump administration, before being withdrawn by the Biden administration in the spring. But it must have made China’s number 1 think since the fall of Huawei.

Moreover, a video showing a Xiaomi smartphone under the MIUI interface based on HarmonyOS was leaked a few months ago. It is likely that the manufacturer will conduct tests and prepare for the eventuality of switching from Android to HarmonyOS just in case. Reports attributed such intentions to OnePlus, which would have shown interest in such a project through Pete Lau. The latter, who is now at the head of an entity bringing together OPPO, which has established itself as a brand to be relied on around the world (5th in the market), OnePlus, which is a hit in India with its smartphones entry and middle of range despite its decline in Europe, and Realme, which shows an insolent growth with its devices at the best quality-price ratio. Three brands which we know are experiencing some difficulties in terms of software development, and which could be interested in HarmonyOS. A rumor suggested that the Nokia X60 would launch with HarmonyOS, but this has been denied.

What applications are available on HarmonyOS?

Windows Phone, webOS, BlackBerry OS… many operating systems have disappeared, crushed by Android. Not that their interface was poorly designed or that they lacked features, but it was the availability of applications and services that made the difference. Huawei is aware of this and is putting a lot of effort into this aspect. As of mid-June 2021, HarmonyOS had 134,000 apps and 4 million registered developers.

We have of course the Huawei Mobile Services (HMS), which replace the Google Mobile Services (GMS). The AppGallery already existed before and manages to convince users in Europe. Huawei has launched its Celia Keyboard virtual keyboard, which replaces Gboard, which is sober and efficient. For other applications, the comparison is more complicated. Logically, Petal Maps, the alternative to Google Maps, is not at the level of its competitor, which has been followed for many years. 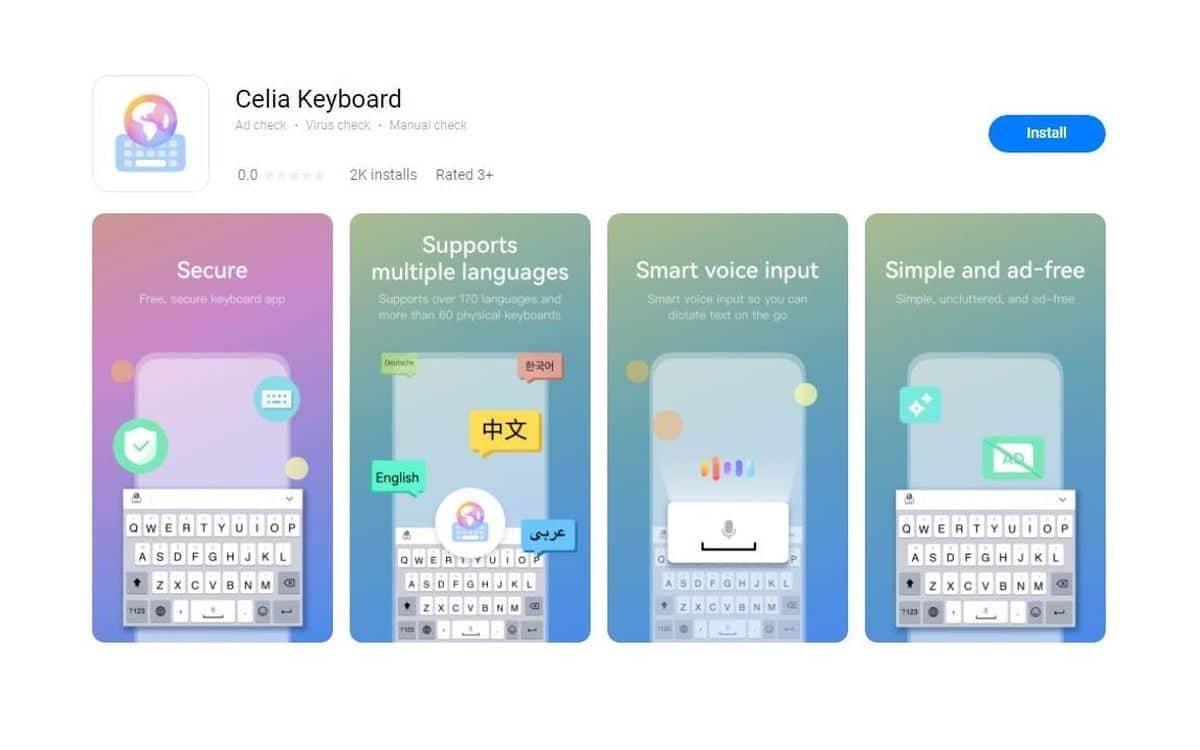 HarmonyOS being close to Android, developers can easily create a version of their applications for the AppGallery. PUBG, Call of Duty or Glory of the King are available on HarmonyOS for example. According to early feedback, loading times would be faster, the display smoother and the overall quality of graphics better. We haven’t been able to test this for ourselves to confirm this yet, so you’d better be wary for now.

Note that Android applications work on HarmonyOS. A smartphone updated from the first to the second will keep all its apps, and it is possible to install an Android app via its APK file as on any other Android mobile. Google has announced that new apps from the Play Store will have to be submitted in the Android App Bundle (AAB) format from August 2021, leaving out historical APKs. This will hamper compatibility with HarmonyOS, but the impact should not be felt for several years, Huawei will have time to adapt by then.

If the foundations of HarmonyOS are modeled on those of Android, the paint and decoration do not have much to do with it. Huawei was already inspired by iOS with its EMUI overlay for Android, this is also the case with HarmonyOS. We think especially of control center, very “Applesque” in the form: control shortcuts, multimedia widget, access to quick settings, display of connected objects paired with the smartphone, etc.

Even the HarmonyOS interface on a connected watch is reminiscent of watchOS, with the applications displayed in the form of a grid. On a tablet, Huawei has taken up the idea of ​​the lower central dock grouping together the most used applications. As on… iPadOS.

HarmonyOS takes over and seems to improve the principle widgets, which would be easier to create and customize than on Android. Widgets that can be incorporated into the control center. Huawei has also revised the application files, taking good ideas from both iOS and Android.

Multitasking is getting a facelift to better manage the transition from one application to another. The interface would also be better designed to alternate between games and other tasks or applications. Floating windows allow you to navigate in an app or chat without leaving your game, a function that is already found on some Android overlays.

What are the features of HarmonyOS?

The flagship feature presented by Huawei for HarmonyOS is that of “Super Device”. A Super Device (it can be a smartphone, tablet, PC or TV) is able to control and interact with all other connected devices in the network. This eliminates the need to use the specific applications of each brand or each ecosystem. According to Huawei, this system is synonymous with saving time and convenience.

Interactions between devices thus become much smoother. Transferring music from smartphone speakers to headphones, TV or sound system appears easier than ever with a simple drag and drop into the UI of the Super Device. Ditto for transferring files between devices, switching a video or even a game to another source … And this function is not exclusive to devices under HarmonyOS, which would greatly limit the possibilities , since devices responding to the HiLink protocol are supported. Even household appliances are concerned.

Huawei also promises that the performance of devices under HarmonyOS will not weaken over time, with the same fluidity after years of use, as well as less energy consumed at the same power.

It is not yet available, but the function “Memory Turbo” should be implemented shortly. This should allow the addition of 2 GB of additional virtual RAM in order to make the system more stable and better manage multitasking and background applications. The most demanding applications will also row the system less. Memory Turbo is expected on mobile, but also on PC.