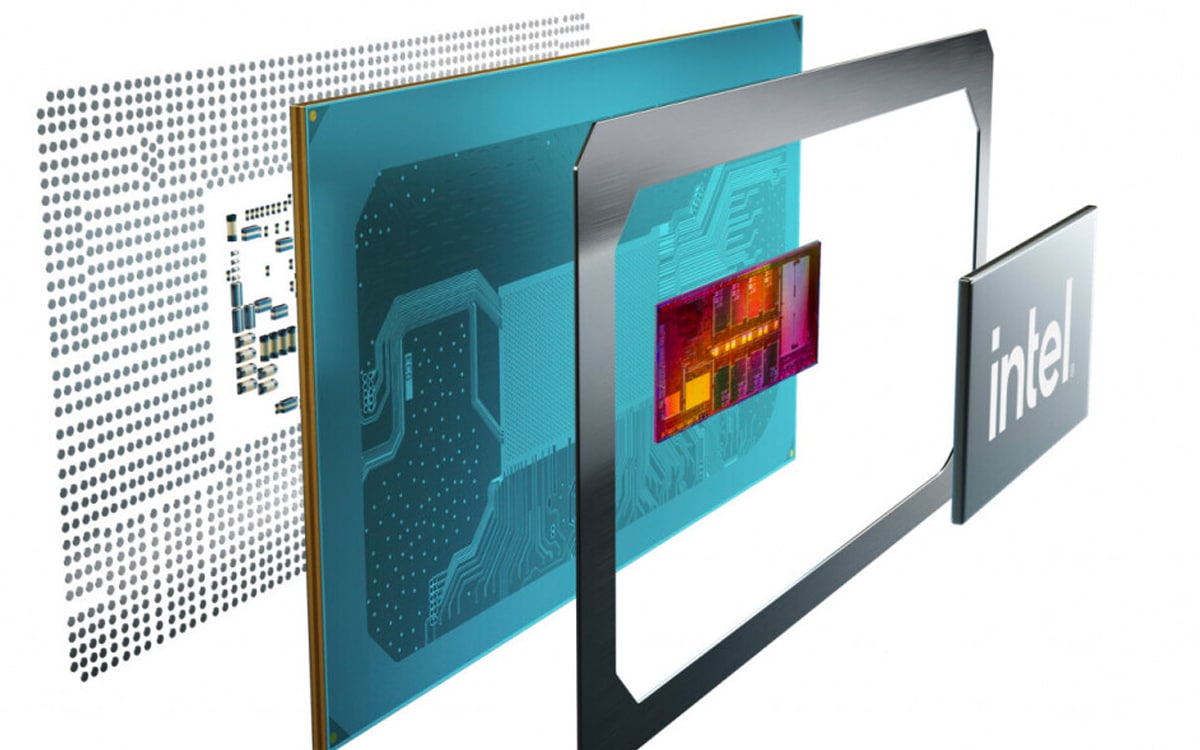 Intel has just unveiled its 11th generation Tiger Lake-H processors. The firm is finally moving from the 14nm engraving node to one of the best 10nm processes in the industry. Intel claims that its new chips deliver a performance increase of around 19% on laptops compared to the Comet Lake generation. And take the opportunity to compare the performance of the CPU with various models of AMD chips.

This is it, there we are! Intel is finally pushing the 14nm engraving towards the exit. It must be said in the defense of the blue team that the mention of the fineness of the engraving does not always give a really standardized and reliable idea of ​​the density of transistors on a given chip, especially at Intel. Indeed everything depends on what we measure in a chip. Samsung and TSMC generally have more flattering measurement methods than Intel. However, if you look closely at the technical data, Intel’s 10nm etching process allows a density of transistors nearly twice that of the Samsung or TSMC process (respectively 100.8 MTr / mm2 against 51.82 MTr / mm2 and 52.51 MTr / mm2). To give you an idea of ​​where this places this Intel node, the 5nm Samsung note allows a density of 127 MTr / mm2, the 7nm N7FF TSMC node delivers 96.5 MTr / mm2 while the 7nm N7FF + TSMC node allows up to 113.9 MTr / mm2.

As you can see, Intel trolled a little on its own with a very restrictive definition of its burning nodes compared to the competition. This gives it the image of a foundry far behind AMD while the difference is less obvious when looking at the density of transistors. That’s why you will often hear that the 10nm Intel is much better than competing 10nm engraving processes. The density is practically the same as on a 7 nm chip engraved by TSMC according to the N7FF node. Therefore, this makes the latest chips from the foundry much more interesting. Intel has just announced its 11th generation of chips codenamed Tiger Lake-H. The H in this case means that these chips are dedicated to high-end laptops. 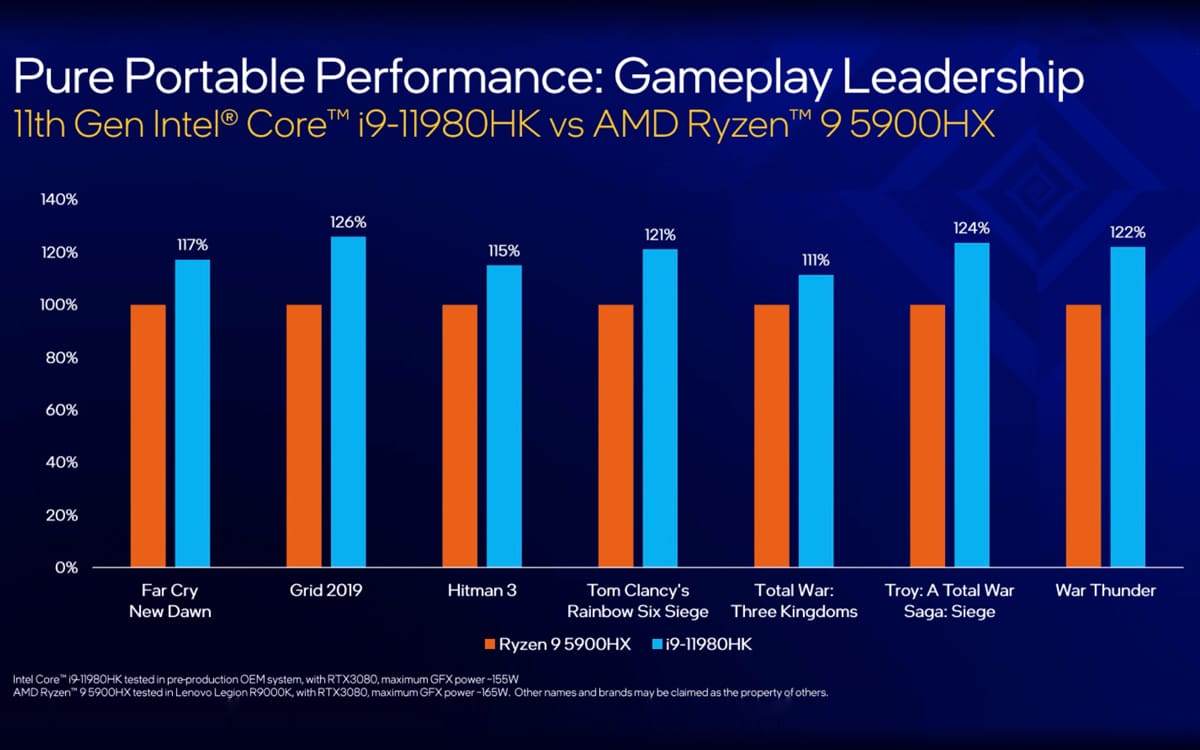 Intel promises nothing less than a performance increase of around 19% compared to the Comet Lake generation. The most powerful chip is the Core i9-11980HK with 8 cores, 5GHz turbo speed – and performance single thread that explode. This model is nevertheless the only one to consume 65W against 35W for the other CPUs in the lineup. We felt, during the presentation, that Intel wanted to highlight the strengths of its chip in the face of increasingly aggressive competition. The mention of single-thread performance, for example, reminds us that Apple excels with its chips in this kind of benchmark.. However, Intel also went there for frontal comparisons with competing chips from AMD.

We will note all the same that the AMD chip to which Intel compares itself has a TDP of 45W compared to 65W for the Core i9-11980HK. Otherwise, all new Tiger Lake-H chips support Thunderbolt 4 and the PCIe 4.0 interface. Tiger Lake-H chips also support the new Intel Xe integrated GPU. Dell, Alienware, HP, Razer, Asus and many other manufacturers have already announced machines with this new processor. Qhat do you think of the latest 10nm Intel chips? Share your opinion in the comments of this article. 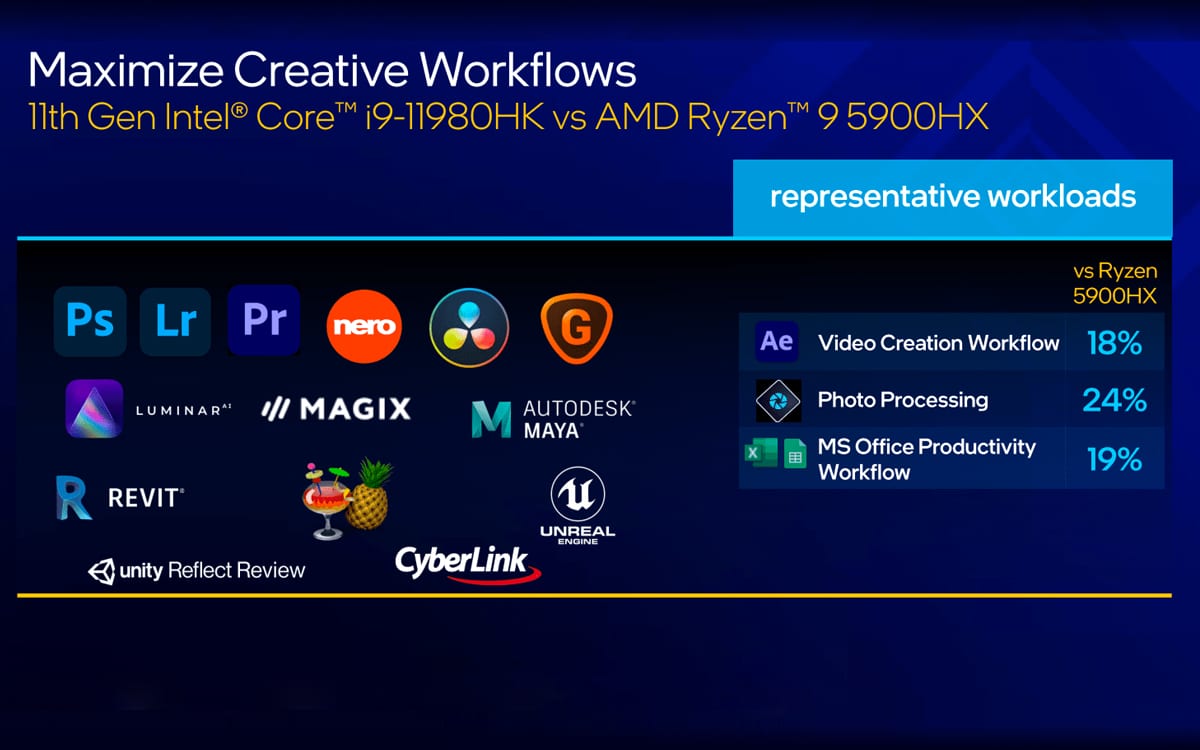