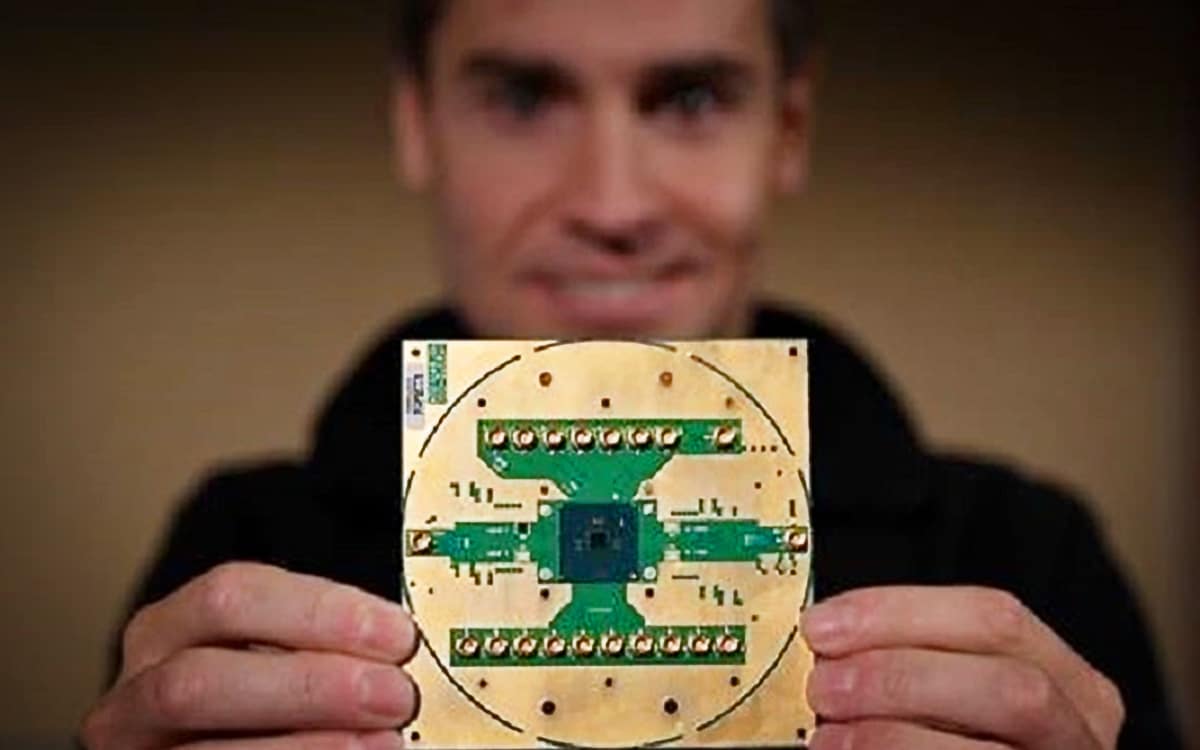 Intel unveils its second generation of quantum computer processor. Called Horse Ridge 2, the small piece of PCB incorporates a new SoC that simplifies maintaining the system at temperatures close to absolute zero, while further integrating all the necessary hardware near the qubits – a first step in making this type of computer viable for advanced applications.

Intel just held an “Intel Labs” streaming event in which the founder unveils its next generation of quantum computers, or rather the Horse Ridge II chip in which everything happens. In 2020, quantum computing remains a dream coming true.

Firms like IBM already offer to experiment with quantum computing, from simulations on supercomputers of reduced sets of qubits, but to really make quantum computing something capable of changing the industry and really talk about quantum supremacy (no offense to Google), we need machines capable of operating directly from a large number of true qubits – that is, quantum bits.

Quantum computing promises a revolution, but only for certain types of calculations

Quantum computing, on the other hand, uses qubits. In other words, bits that show quantum properties. Namely that unlike a bit, a qubit can see its basic states superimposed. The basic states of qubit are called ket (ket 0 and ket 1 or | 0> and | 1> ). The state of a qubit is thus a linear quantum superposition of its two base states.

The result is complex coefficients that can take all possible values ​​on condition that certain rules are respected. To complete a quantum computation, it is necessary to detect probability amplitudes encompassing a relative phase factor via interference phenomena.

If you are dumped at this point don’t panic. The important thing to understand is that quantum computing works very differently, and that it is possible to get much more from a qubit than from a single bit. Thus, thanks to the quantum computer it will be possible to perform calculations that normally take an impassively long time in a few seconds.

But it’s not about replacing the computer as we know it!

Because quantum computing does not excel in all types of calculations. In many applications, such as cryptography, factorization, and ultra-complex simulations, for example for meteorological purposes, quantum computing promises an unprecedented leap forward in our computational capacities. But a priori quantum computers will not speed up consumer computers.

Simply because current operating systems and most programs could not really use it. For certain tasks a CPU and / or a GPU are de facto much more suitable than even a hypothetical quantum computer with several thousand qubits.

To make matters worse, for now, quantum computers are “gas factories“. And this is hardly a misnomer: you have to immerse the qubits in tanks filled with liquid gas to keep the whole at temperatures close to absolute zero. What, moreover, is complicated by the myriad of cables coming out of the tank to connect to the various measuring devices.

Horse Ridge II thus delivers more capacity and a higher level of integration to control the quantum computer At the heart of the project, Intel researchers designed an SoC operating at cryogenic temperatures which simplifies the control electronics and the interconnections required to scale them up and control large quantum computing systems.

These errors are the result of a phenomenon that can occur when controlling many qubits at different frequencies resulting in a form of mutual pollution between these qubits. With Horse Ridge II, Intel researchers added the ability to manipulate and read states very close to qubits. while controlling the potential of multiple gates required to nest multiple qubits as needed.

It remains for Intel to solve the most disabling challenge for quantum computers: temperature. It will remain difficult to popularize the technology if the entry and operating costs are too high.