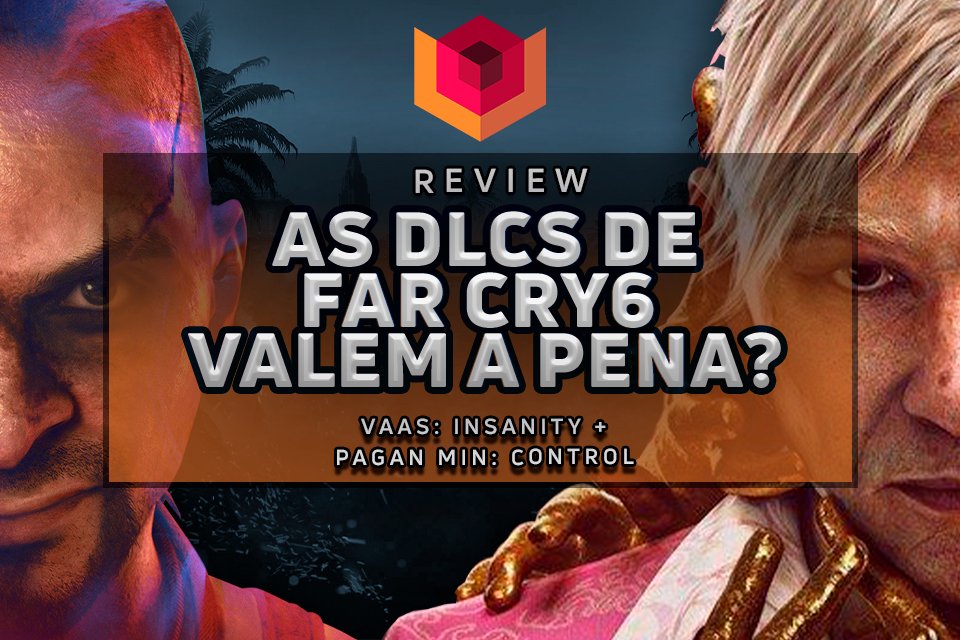 In December 2021 and January 2022, Ubisoft released 2 downloadable contents (DLCs) from Far Cry 6, The Vaas: Insanity it’s the Pagan Min: Control. The idea of ​​these expansions is for the player to enter the minds of the franchise’s iconic villains and understand their stories a little more. This content is included in the Far Cry 6 Season Pass package, which will still have one more chapter: the story of Joseph Seed, called Collapse, scheduled for release in February.

But so far have these contents been worth it? What should we expect from these DLCs? This and other questions we hope to answer in this text and also in the video that you can check out below.

Let’s start by talking about the one that was released before, the Insanity (Insanity), which puts the player in control of Vaas Montenegro, probably the most beloved villain in the franchise. We won’t spoil the story of the DLC or even Far Cry 3 here, but for the complete understanding of the narrative of this content, it is necessary to have played or known the story of Far Cry 3, otherwise you will be floating and wondering: “who is this Citra?” and “who is Jason?” or even “who is Vaas?”. 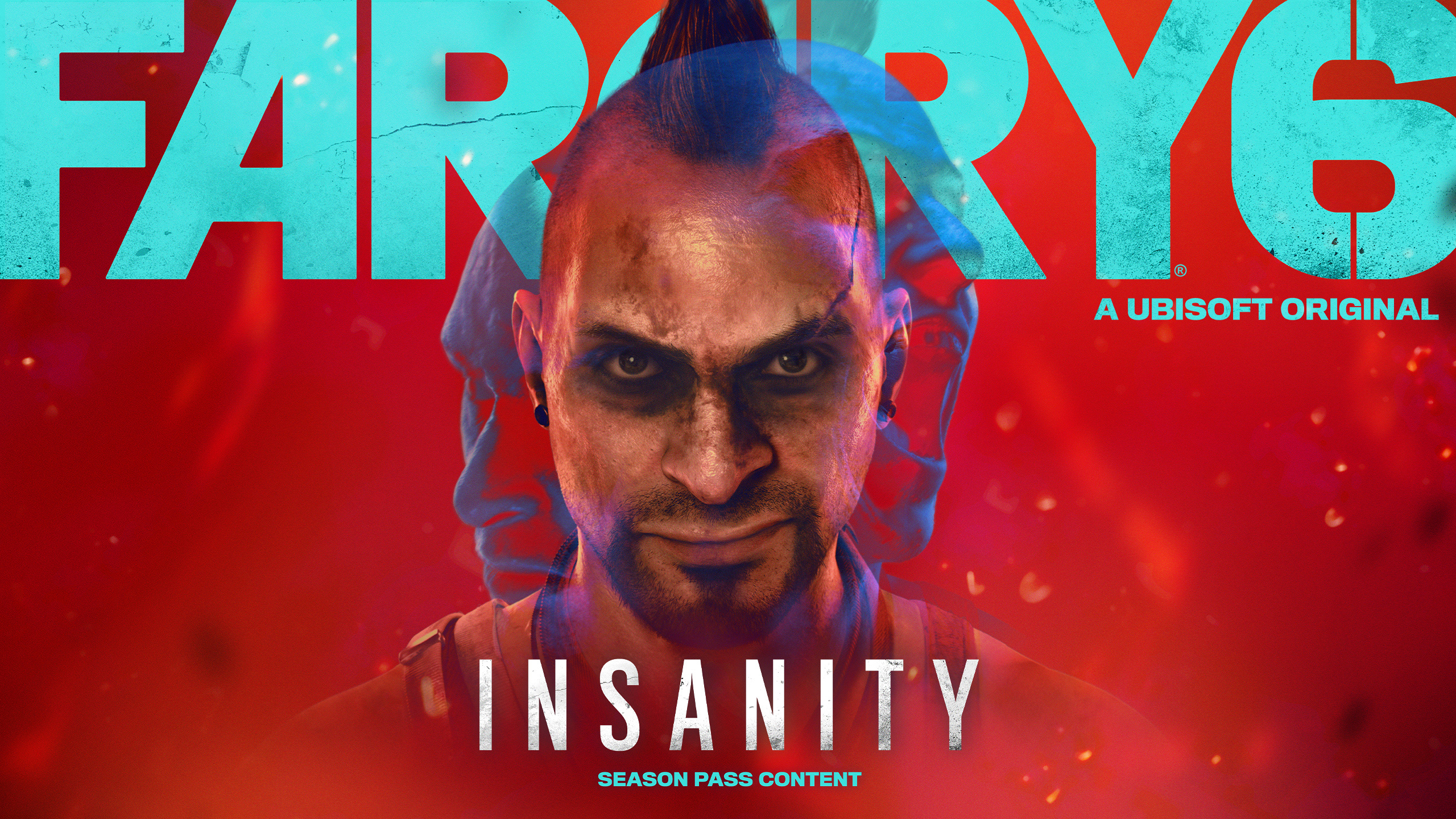 In general, Insanity it’s a kind of roguelike. The gamer enters a world, collects a bunch of points (in this case, “money”), exchanges them for better weapons or skills at a type of checkpoint. As with every roguelike, if you die, you’ll have to start all over again; however, better equipped and with the skills acquired in the previous run. In addition to the map that already shows the points of interest we passed.

Among these points are some activities, such as defeating hordes of enemies to gain an extra life or a group of soldiers to unlock new weapons, as well as missions, which have the name “piration”, that will tell a little more about the history of Vaas. 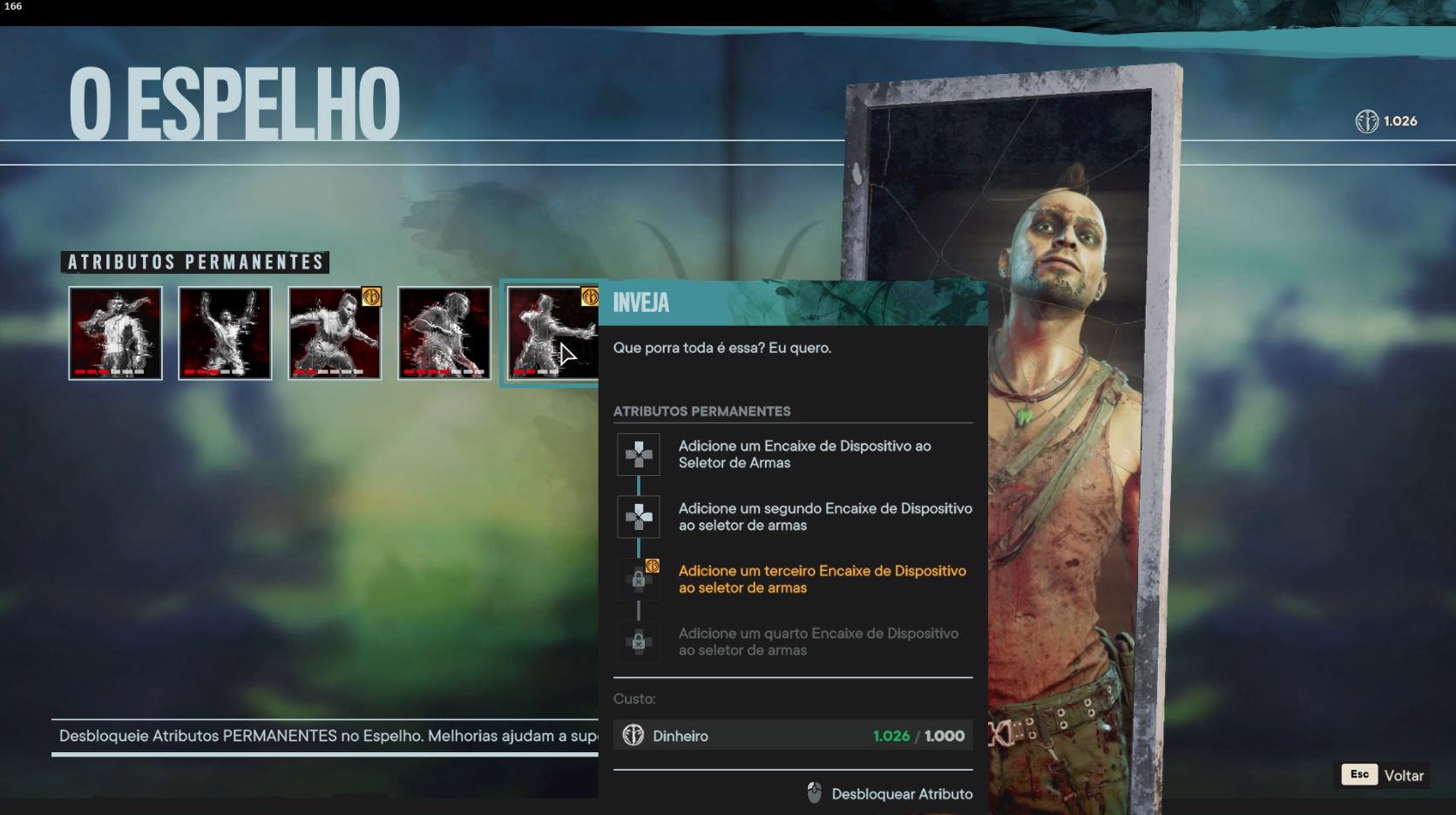 To advance in general content, one must take 3 parts of a dagger (who played Far Cry 3 knows this weapon well) and, for that, it is necessary to explore the map well and find the locations that are marked with an icon of a symbol of a dagger.

The objective in each of these missions is different, but the structure is the same: find some objects on the map while a big quantity of enemies shoots, bites, sets fire, in short… I could understand. 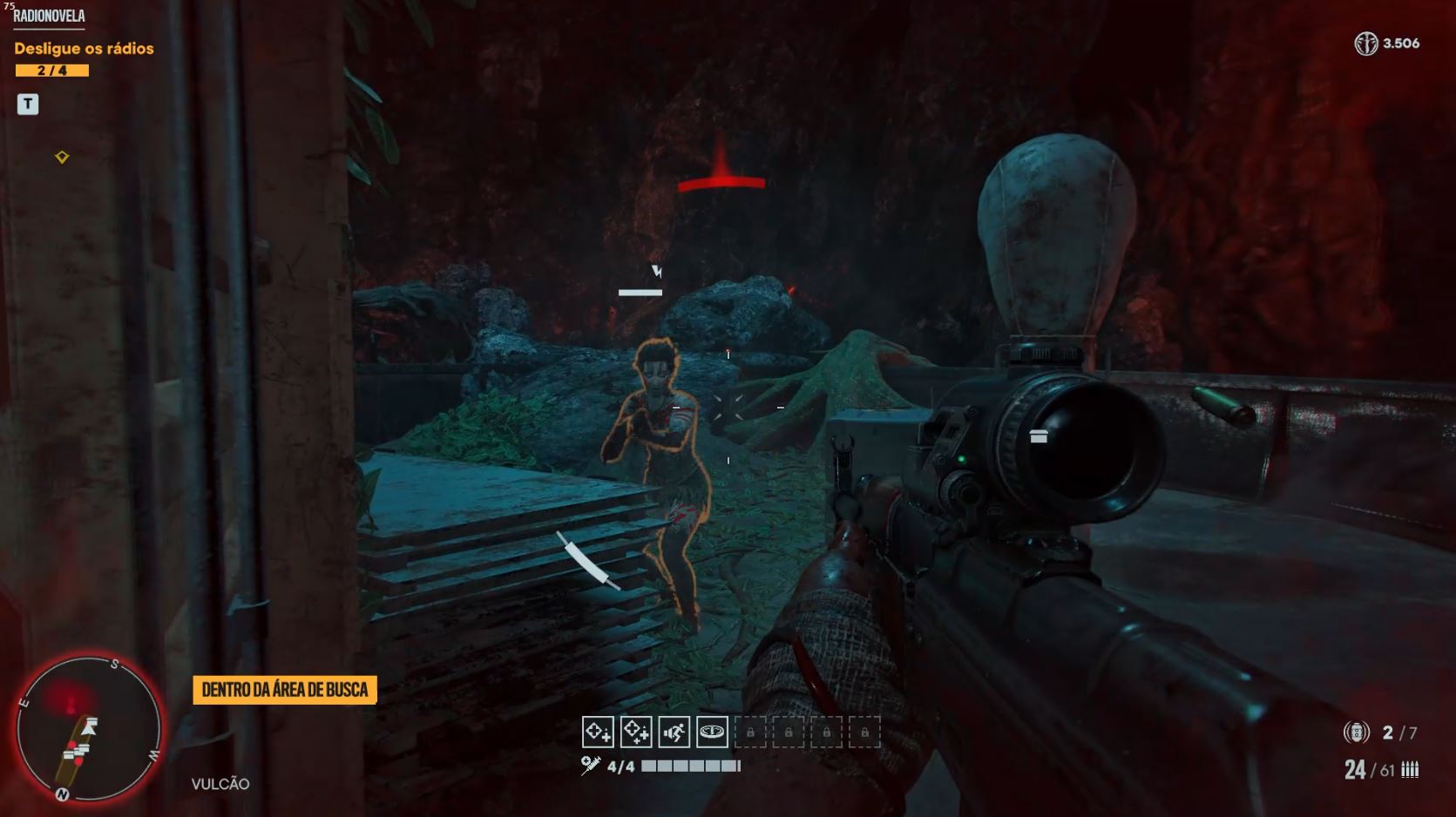 Finally, the base of the DLC Insanity is this: after completing the objective and finishing the content, you have to redo everything to earn even more points, weapons and even unlock a secret ending if all the requirements are met. It’s good to keep in mind that each time the main objective is accomplished – which is to gather the three parts of the dagger and take them to the main base – it is necessary to start all over again and on a more advanced mental level, which means greater difficulty, but greater rewards as well. In total, there are five mental levels to explore.

Now let’s talk about Pagan Min’s DLC, “Control”. If you’re expecting something very different from what we saw in Vaas, don’t wait, because basically the Pagan Min DLC is similar only taking place in Kyrat, and no longer in the Rook Islands. If you’ve read the text this far, then you possibly played Far Cry 4 and you know who Pagan Min is, so let’s do a very shallow summary of that. 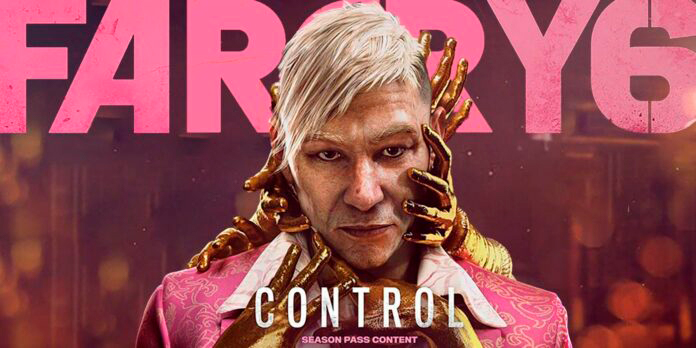 Pagan Min is a type of King of Kyrat, a small fictional country in the Himalayan region. During the events of Far Cry 4, he fought a rebel army known as the Golden Path. The only wish of the protagonist, Ajay, when going to Kyrat was to fulfill his mother’s last wish: to have the ashes thrown into a local river. However, he ended up getting involved in conflicts and dethroning Pagan Min.

Now, back to the DLC, she is essentially same thing as the previous one: fight a certain number of soldiers to unlock new weapons and do missions that will reveal more of the character’s history — including one that takes a good look at the villain’s past and a focus on characters in his family, such as his wife, Ishwari, and even his father. 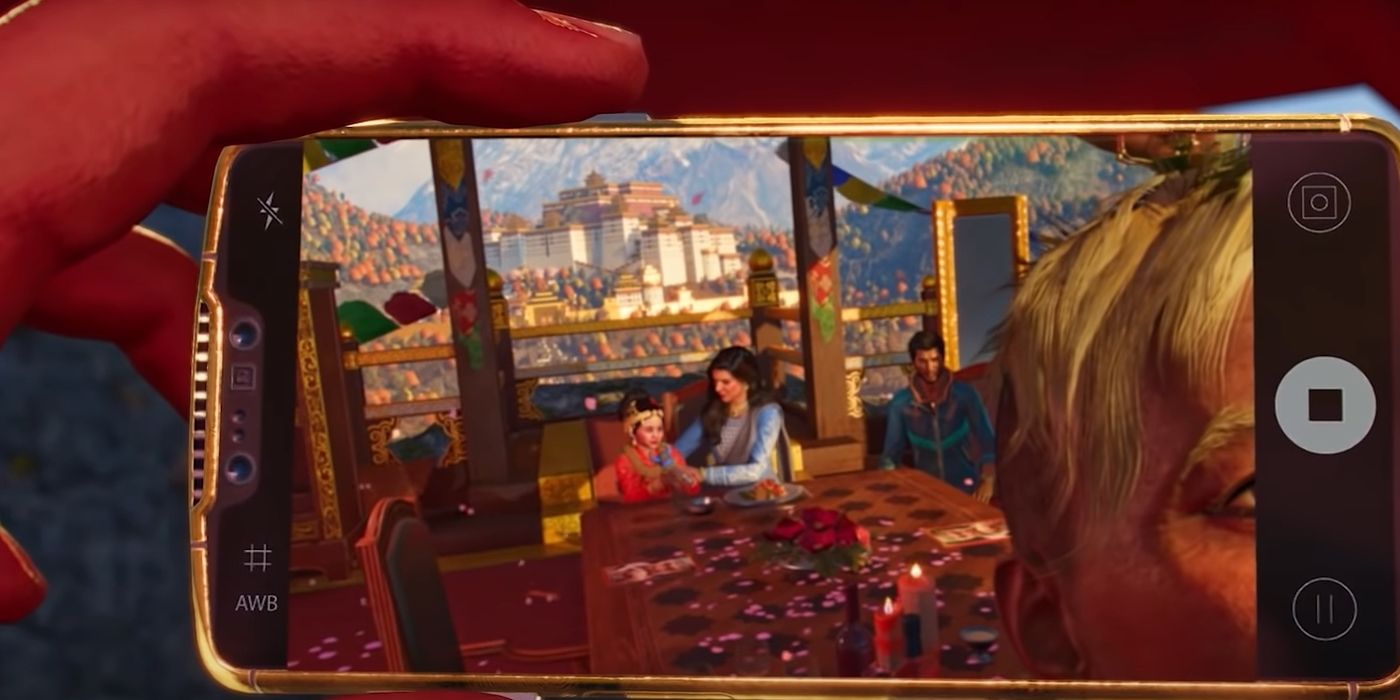 One small difference is that the missions to gain extra life are not about defeating hordes of enemies, well, actually, they do, but the player needs to do this while standing in a delimited area at the foot of golden Pagan Min statues. this to get “respect”, which is the same as the “money” of the Vaas DLC, which serves the same purpose: leveling up weapons and releasing new skills so the task is not so complicated.

Anyway, the final objective also follows the same line of reasoning, but instead of taking three parts of a dagger, you need to put together three pieces of a mask (but the idea is the same). In the end, everything must be brought to the main base, for the gamer to face the last ordeal and move to the next mental level or die trying. 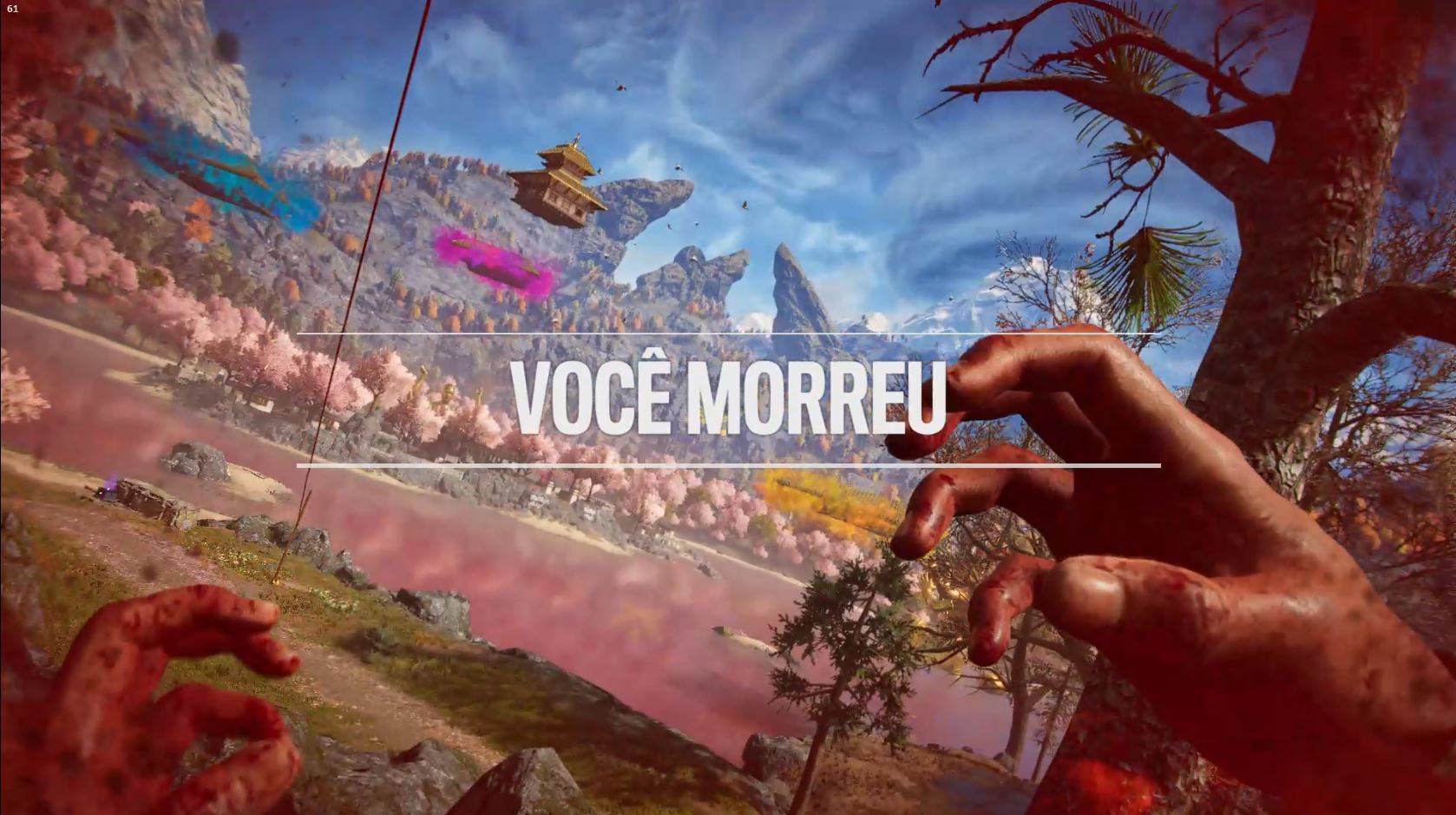 The DLCs can be short, the Vaas one takes 2 hours and 15 minutes to get past the 1st mental level, but it can be done faster if the player wants to take a risk when having little equipment and skills, but they can also be much longer if the intention is to keep repeating the loop to access a more challenging level.

It also depends on how much the intention is to explore the maps to unravel all parts of the villains’ stories or even get enough points to level up the character as much as possible.

So time is relative. Another point to consider is that Pagan Min’s DLC is slightly more difficult than Vaas’s, since in Vaas we managed to finish the first mental level doing a lot of extra activities without dying. As for Pagan, we died a few times. 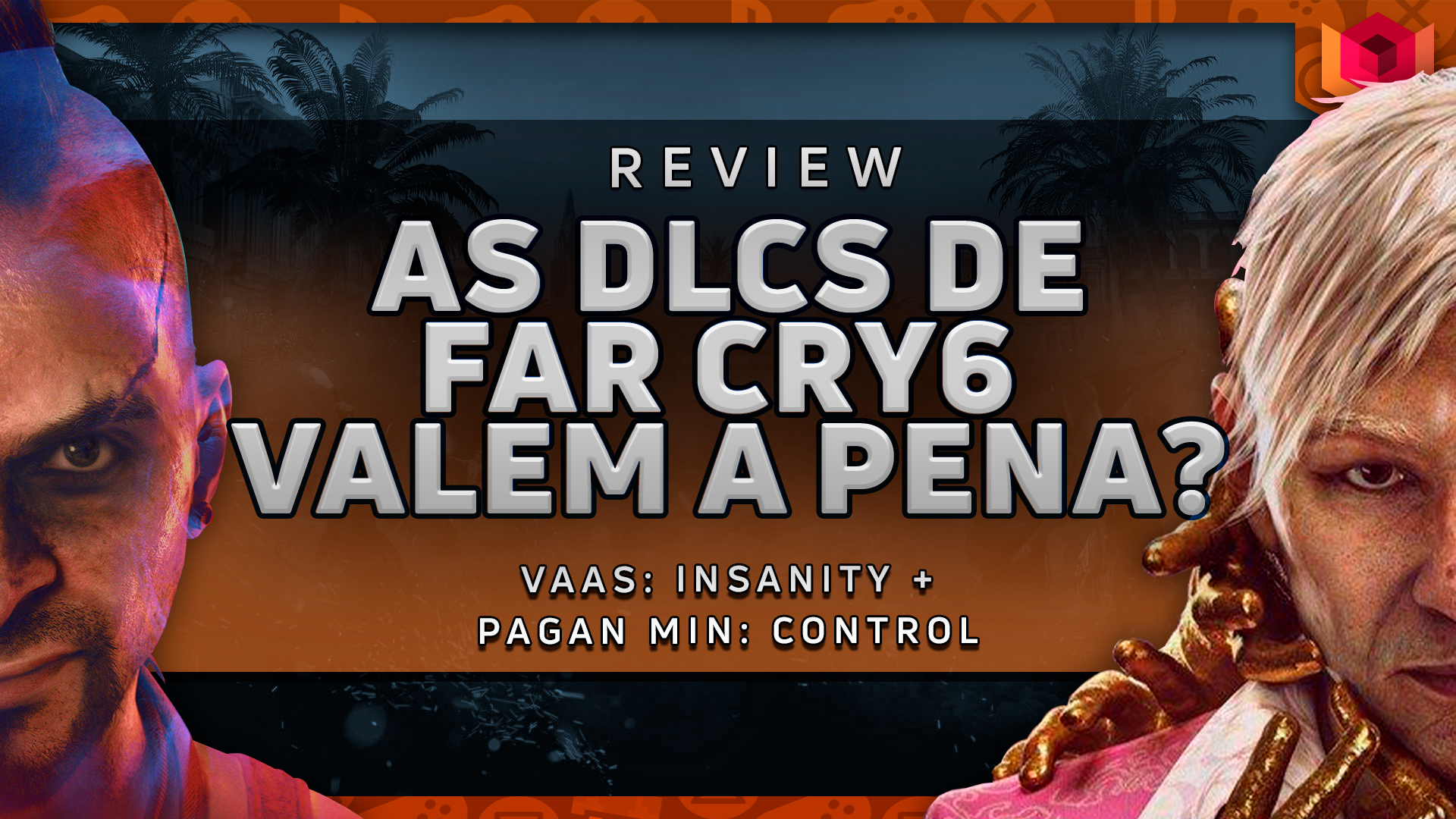 In February, we will have the new chapter of this trilogy, the DLC Collapse, starring Joseph Seed. What we’ve played so far we think is cool, as a good part of the newsroom here likes roguelike; on the other hand, the DLCs could have more obvious differences from each other, and not just the villains’ story.

Some more interesting missions would also come in handy if they went beyond the simple “defeat a horde of enemies”, as fun as this can be at first, there comes a time when it always becomes similar and it feels like you’re playing the same game. chapter only with a different skin.

A suggestion: for those who really like one of these villains and want to try the Roguelike do Far Cry, it is advisable to buy the DLC of the favorite character, as the others do not change almost anything (I mean, let’s wait and see how Joseph’s will turn out, right?).

That was our review of DLCs from Far Cry 6, Insanity e Control, I hope we helped. If you have any questions or want a video showing more of the DLCs, just ask in the comments below and on the Voxel YouTube channel.