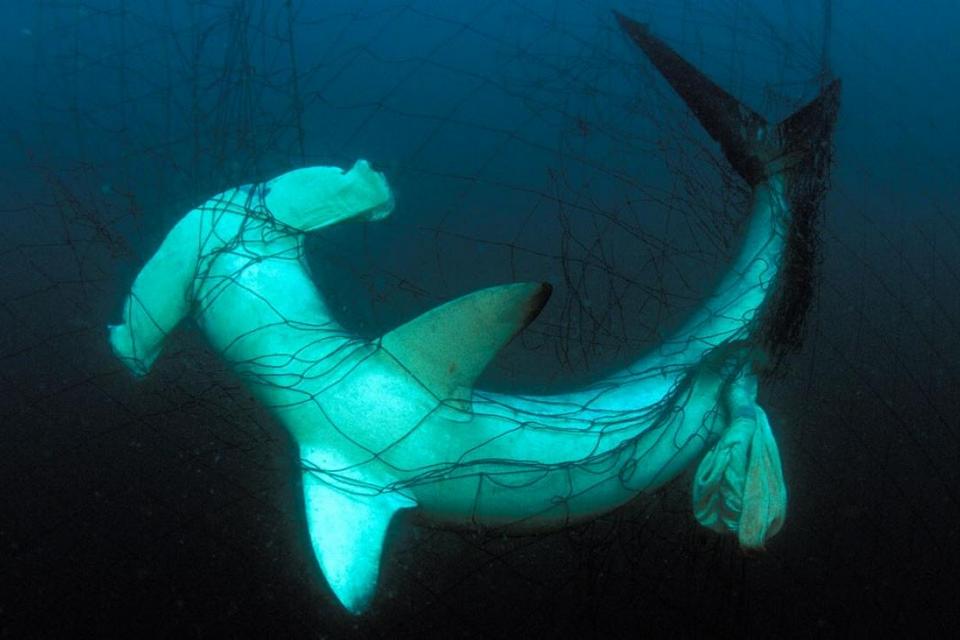 What would a world be like without sharks? According to conservationist and founder of Shark Allies, Stefanie Brendl, “it would be a planet with oceans full of sick and dying animals; as predators at the top of the food chain, sharks eliminate weak animals, allowing only the strongest to thrive. The main cause: overfishing.

According to the study now published in the journal Naturand, “for every ten sharks found in the open sea in the 1970s, today we only have an average of three,” he told BBC marine ecologist at the University of Exeter Richard Sherley. The survey showed that the rays are also disappearing.

Of the approximately 1,200 species of these two animals, 31 are oceanic. Researchers have analyzed scientific articles, government reports and fishing records since the 1970s, tracking 18 species that live on the high seas and finding that their populations have shrunk by 71.1%.

At the same time, a survey was carried out on the International Union for Conservation of Nature (IUCN) Red List of Threatened Species: it showed that, of the 31 species, 24 are threatened with extinction, with the population of three declining so drastically that they are classified as “critically endangered” – or one step away from being extinct in nature. Another four appear to be “in danger”.

In half a century, shark and ray catch rates have tripled. According to marine biologist Nathan Pacoureau, from Simon Fraser University, the picture may be much worse than the team of researchers outlined.

“Our analysis starts in the 1970s, but we know that fishing fleets have been expanding globally since before the 1950s,” he says, adding that the decline was accentuated mainly after the 1980s, when only nine species were considered threatened.

For marine ecologist Nicholas Dulvy, a colleague of Pacoureau, “sharks and ocean rays are at exceptionally high risk of extinction, far more than the average of birds, mammals or frogs. Overfishing of these animals puts the health of entire ocean ecosystems at risk, as well as the food security of some of the poorest countries in the world. ”

Sharks are chased not only for their flesh, but also for their tails and fins, plus their liver oil. Stingrays are also in danger because of the demand mainly for gills, used in traditional Chinese medicine. Even when they are not specifically fished, they are accidentally caught in nets along with other commercially valuable species, such as tuna and swordfish.

The increase in fishing comes in addition to the low reproduction of species, which makes them even more vulnerable. “Oceanic sharks have a very slow pace of life; they usually take more than a decade to reproduce ”, says Pacoureau.

Some protection measures implemented have made it possible for some species to increase their populations. In the American waters of the Atlantic and Pacific, since the 1990s, fishermen have been prohibited from hunting great white sharks, and catch limits have been imposed for hammerhead sharks.

“The disappearance of these animals would profoundly affect life in the seas, from coral reefs to the food security of humanity: populations of seals and sea lions would explode, drastically reducing the number of fish. After the sharks are gone, there is nothing we can do to replace them in the critical role they play in balancing the oceans, “sums up Stefanie Brend.