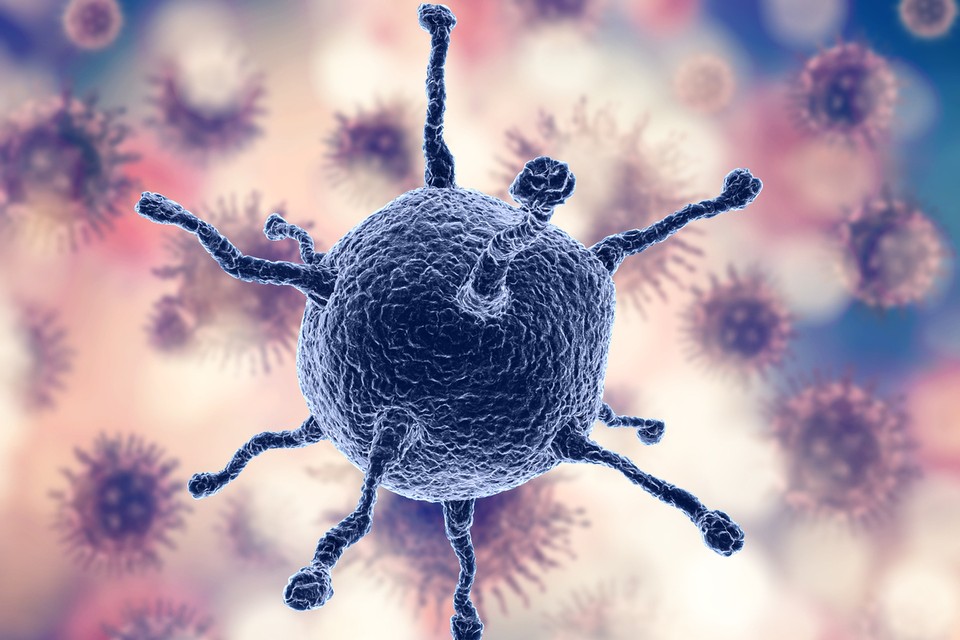 The immune system is able to recognize and eliminate altered structures (antigens) of internal origin – such as tumor cells – or of external origin, such as viruses, bacteria and other microorganisms. Cells in the immune system are able to recognize these antigens and mount a response to eliminate them. We know that cancer is a consequence of errors that accumulate in the DNA molecule during its replication, which we call mutations.

Such mutations can change the genetic code of cells and bring adaptive advantages to tumor cells, such as resistance to death, accelerated and uncontrolled growth. However, these mutations also generate altered proteins that will then be recognized as antigens by the immune system. For this very reason, scientists have been trying, since the 20th century, to stimulate the immune system of cancer patients as a weapon to eliminate tumor cells.

The so-called immunotherapy presents as a fundamental premise the concept of cancer immunovigilance. Our immune system must detect and eliminate altered cells that appear during cell replication, preventing the successive accumulation of mutations and the appearance of cancer. This function of eliminating altered cells is mainly exercised by T lymphocytes.

For a long time, we have tried to increase this immunovigilance function by using drugs that stimulate the immune system and thereby destroy cancer cells. Although some success has been demonstrated in these strategies, especially in the case of melanomas and kidney cancer, the treatment was, for the most part, ineffective and very toxic. In practice, this approach to cancer immunotherapy has not had the expected result.

As with major scientific advances, the turn to successful immunotherapy came with a paradigm shift: instead of focusing attention on increasing the activation of the immune system, the solution was at the other end. It was necessary to reduce the activities of inhibiting the immune response, especially of T lymphocytes, induced by tumor cells. In other words: inhibit inhibitors. It was necessary to understand the reason why the immune system, even capable of recognizing the tumor, was unable to react against the tumors. What were the immune system evasion mechanisms used in tumor cells?

In this context, studies involving the mechanisms of regulation of the immune response have identified a group of proteins, present on the surface of T lymphocytes, generically called immunological checkpoints. These checkpoint proteins bind, in a specific way, to other proteins that are also present on the surface of other cells, such as tumors, and which act by shutting down these lymphocytes. Hence the name checkpoints.

Independent research conducted by American groups, led by James Allison, and Japanese, coordinated by Tasuko Honjo, showed that the cancer cells stimulated the expression of these checkpoint proteins and their ligands (triggers) in the tumor tissue. With this avoidance mechanism, the tumors “turn off” the immune system, which becomes inert, favoring the growth of cancer. These researchers also demonstrated that the use of antibodies capable of inhibiting the interaction between checkpoints and their ligands restores the antitumor response of the defense system, allowing the reactivation of T lymphocytes.

The developments of these findings culminated in the clinical development of “immunological checkpoint inhibitors”, which is today known as modern immunotherapy against cancer. Currently, seven drugs of this class are approved for clinical use in the United States (and some have already been approved in Brazil) for the treatment of more than 15 diseases, including melanoma, lung, kidney, bladder, head and neck cancer, liver, stomach, esophagus, breast (triple-negative), non-melanoma skin, Merkel cells and Hodgkin’s lymphoma.

Today, immunotherapy is part of the therapeutic arsenal in the fight against cancer with extraordinary results. Depending on the type of tumor, it can be used alone, or in combination with chemotherapy or target drugs. In 2018, for the importance of their studies with immunological checkpoints in cancer, James Allison and Tasuko Honjo were awarded the Nobel Prize in Physiology and Medicine.

Dr. Luiz Fernando Reis, biweekly columnist at TecMundo, is director of Teaching and Research at Hospital Sírio-Libanês, an area responsible for the generation, application and dissemination of knowledge that brings value to Brazilian society and promotes better health care practice. With a degree in Biochemistry from the Federal University of Juiz de Fora (UFJF), in Minas Gerais, Luiz holds a PhD in Microbiology and Immunology from the New York University School of Medicine (United States) and a post-doctorate in Molecular Biology from the University of Zurich (Switzerland) .

This text was produced in partnership with Dr. Romualdo Barroso, Doctor of Medicine (Clinical Medicine) by FMRP-USP and Clinical Oncologist at Hospital Sírio-Libanês, in Brasília