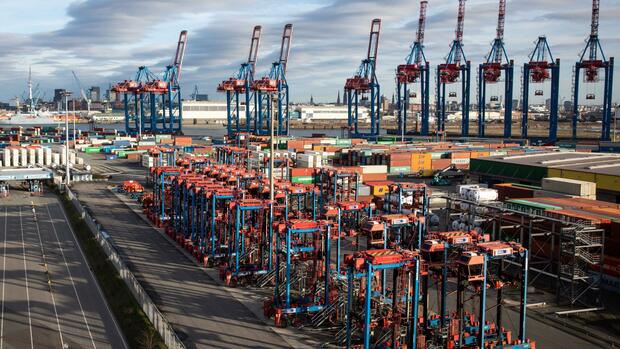 Berlin Seldom has the economic observation been as much a look into the crystal ball as it is right now: Is the global recession even deeper than feared during the deepest lockdown period in April / May? This is what international organizations assume. Or is a strong recovery already beginning? Many economists in Germany expect that.

At any rate, economists all over the world are in one: there has never been so much uncertainty about the further economic trend since the Second World War.

Gita Gopinath, chief economist of the International Monetary Fund (IMF), fears that the recessions in almost all countries of the world will intensify each other and lead to a global recession. Accordingly, the IMF revised its economic forecast downwards on Wednesday.

The fund now expects the global economy to shrink by 4.9 percent this year. He anticipates a minus of 7.8 percent for Germany – in April the forecast was still 7.0 percent. The euro zone is shrinking by 10.2 percent, with shrinkage rates for France, Italy and Spain of well over twelve percent.

German economists, on the other hand, are increasingly optimistic about the future for Germany and Europe. The worst, signal the institutes’ summer forecasts, is behind us. The leading indicators released this week send strong signals of hope. The Ifo business climate index published on Wednesday rose more than ever before within a month.

The 9000 company heads regularly interviewed for this expect mostly better business in the next six months. They also assessed their current situation better than in May. Ifo President sees a rather bright “light at the end of the tunnel” of the recession.

However, Jörg Krämer, chief economist at Commerzbank, warns against believing too strongly in a V-shaped economic trend due to this leading indicator. A steep downturn would be followed by an equally steep upswing. “The strong recovery is a reflex reaction to the unprecedented slump in March and April,” said Krämer. He expects the upward trend to slow down in the second half of the year. The economic curve would then look more like the mathematical root symbol.

The upswing has started in Germany

Even among the optimists, nobody denies that Germany will experience a deep recession this year. “The low point was reached with the tough shutdown measures in April. From May onwards, the gradual relaxation of the corona-related restrictions will start the economic recovery, ”Philipp Steinberg, Head of Economic Policy at the Federal Ministry of Economics, currently describes the situation. He also expects that after the initially significant recovery, the upswing in the second half of the year should be rather sluggish: the slump in April was too deep.

For the second quarter, for example, the economies expect Tuesday’s gross domestic product (GDP) to plummet by twelve percent, after a minus of 2.2 percent in the first quarter.

For the full year 2020, the institutes, the OECD, the economic practices, the federal government and the Bundesbank expect GDP to fall between five and seven percent. A month ago, many economists were still talking about a seven to ten percent fall for the full year.

The main reason the IMF fears a deeper and longer recession is that, unlike during the financial crisis from 2008, there is no country that could serve as a locomotive for the global economy. China, for example, whose economic stimulus packages at the time helped export countries like Germany to recover after the financial crisis, was already concentrating on strengthening its domestic economy before Corona.

According to the IMF, the USA, with a minus of eight percent, is just as deep in recession as Germany. “The economic impact of lockdowns worldwide was worse than expected,” Gopinath writes in the fund’s global economic outlook.

With the easing from mid-May, mobility started to increase again everywhere, as can be seen from cellular data. But these data did not show the level of activity in retail, leisure, travel as before the pandemic.

For Germany, however, real-time indicators such as mobile data and the truck toll index have recently recovered significantly. They literally signal that the economy in this country has started moving again. Many economists in Germany base their relative optimism on these indicators as well.

The purchasing manager surveys of the IHS-Markit institute on Tuesday also showed that the economic mood in companies in Germany is stabilizing. The purchasing managers indicated that not only the curfews were relaxed, but also an overall more optimistic business climate for a recovery. At the same time, according to the IHS-Markit, the downward trend weakened noticeably for the second month in a row in other euro zone countries.

And like the Ifo business climate index, the comparable index in France also rose steeply on Wednesday. Even in industry, hopes for better business grew in both countries over the next six months.

For an exporting nation like Germany, however, the poor prospects for world trade are a burden: It will plummet more than ever this year, by 11.9 percent, according to the IMF. After all, the fund is confident that global trade will see a strong recovery of eight percent in the coming year.

From a global perspective, the pandemic looks like a “catastrophe for the labor markets,” says the IMF. In the first half of 2020, 300 million jobs were lost worldwide. In emerging and developing countries, the fund fears that millions of people will return to poverty.

The World Bank recently looked at the global economy in a pessimistic manner, just like the IMF. She predicted a loss of 5.2 percent. This is the worst recession since 1870.

The OECD even fears a six percent loss in global GDP this year. Her chief economist Laurence Boone speaks of an economic shock that the world had not experienced in peacetime for more than 100 years. However, the effects of the global aid packages have hardly been taken into account in the disaster scenarios. In any case, they have “prevented the worst,” said the IMF.

In any case, the credit-financed support measures for the economy are enormous in many countries, as can be seen from the government deficits and debt levels to be expected this year: For the USA, the IMF expects a deficit of 23.8 percent and a debt ratio of 141.4 percent of the GDP, for Germany the corresponding figures are 10.7 and 77.2 percent. In Japan, the debt rises to 268 percent of GDP.

The IMF demands that countries work more closely together to find the way out of the recession. They should also continue to be willing to help the weakest developing countries, such as recently with extensive debt deferrals for the poorest countries. Above all, they would have to work on restoring the international supply chains.

However, uncertainty about the strength of the beginning upswing continues to prevail among local economists. This shows the wide range of forecasts for 2021: they are currently between three and 6.4 percent. The scientists agree, however, that the gross domestic product will take time to reach its pre-corona heights again: That will not be the case before 2022, say the economists.

However, a rapid recovery is not to be expected on the labor market. The volume of work and employment are likely to decrease too sharply. Short-time work has supported the labor market, the wise men say.

But given the Ifo estimate that one in five employees subject to social security contributions may have been on short-time work in May, the recovery will take time. For this and next year, the economies therefore expect an unemployment rate of 6.1 percent; that’s 1.2 percentage points more than before Corona.

More: The recession means an end to the catching up for the emerging markets