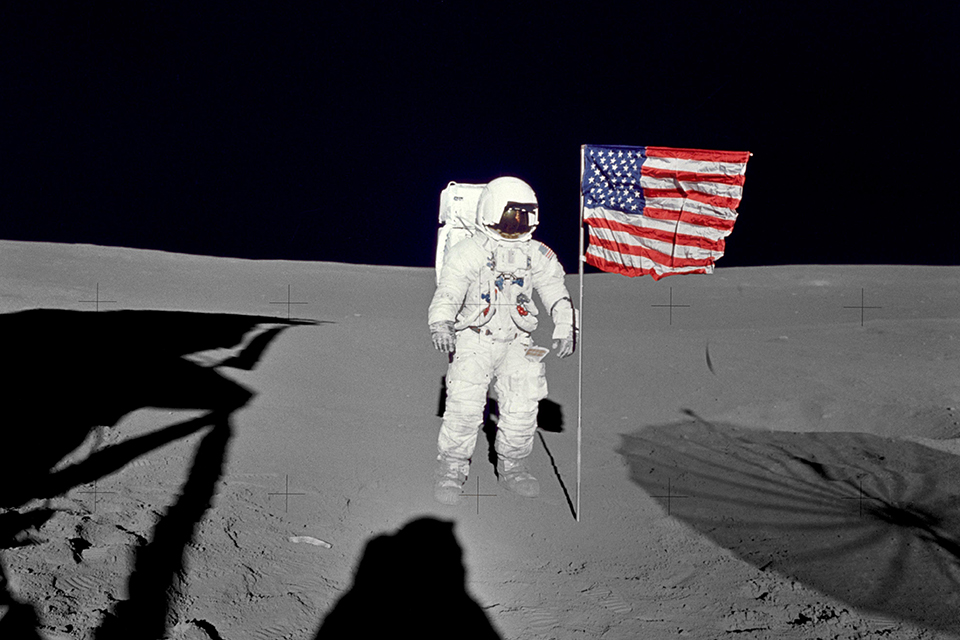 In celebration of the Apollo 14 mission’s 50th anniversary, remastered images located a hitherto lost golf ball launched by astronaut Alan Shepard. Situated in NASA’s project to explore the Moon in the 1970s, part of the motivation for the “joke” was to demonstrate the principle of how objects would behave in the lunar environment and became known as one of the most incredible sporting moments in history.

On February 6, 1971, the astronaut improvised a club, adapted from the Wilson Staff Dyna-Power 6 model, with a tool designed to take samples of lunar rocks. Shepard made two strokes: the first ball landed in a nearby crater and the second flew beyond the range of the camera, which made him claim that she traveled “miles and miles and miles” away.

As there was no technology for tracking the object at the time and to capture the scene for prosperity, the Apollo 14 crew recorded the practice of golf through a 16mm film camera located on the ship’s module. The image specialist Andy Saunders made a panoramic composition with the six photos taken, digitally improving them and complementing with 2011 data from the Lunar Reconnaissance Orbiter probe – launched in 2009 for the monitoring of the terrestrial satellite. 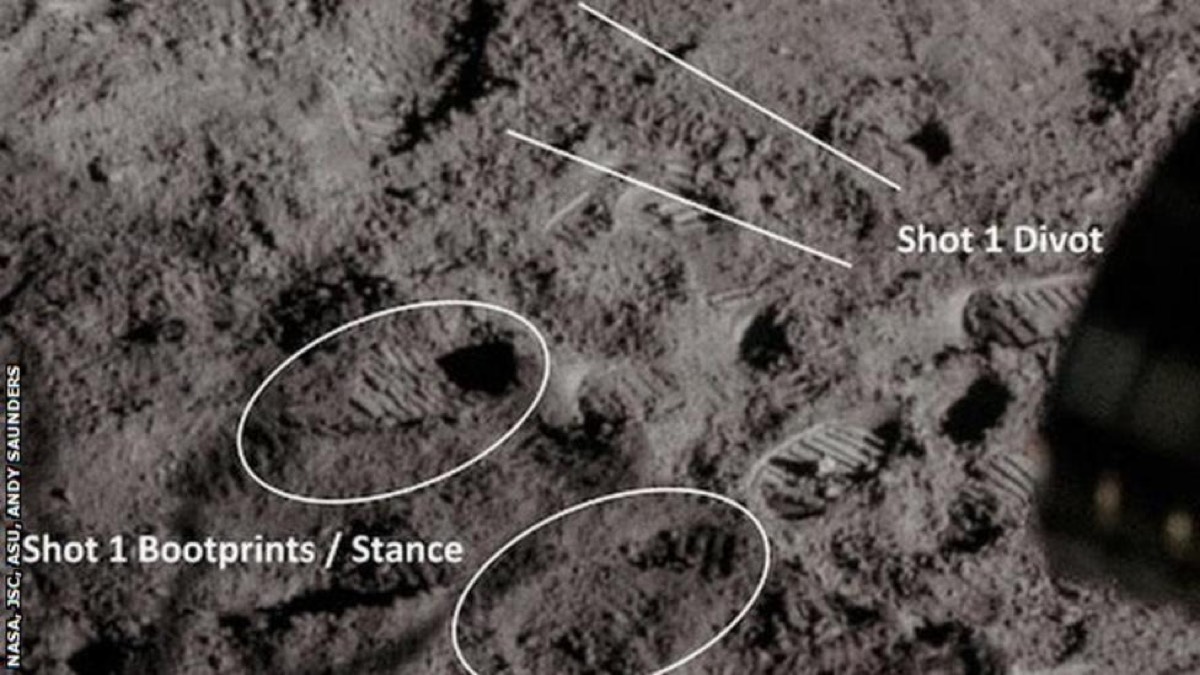 The tracks of the astronauts in the original photographs correspond perfectly to those taken in orbit 40 years later. Thus, it was possible to identify Shepard’s footprints at the time of the attempts and measure the point at which the balls fell. According to Saunders, the first shot took “more dirt than a ball”, confirmed by the damage caused to the terrain, then the astronaut would have taken a step forward and made the next, more successful move.

“We can now determine the approximate distances of both strokes: ball number one, 24 yards (approximately 22 meters), and ball number two, 40 yards (about 36 meters),” he told the United States Golf Association newspaper ( USGA). 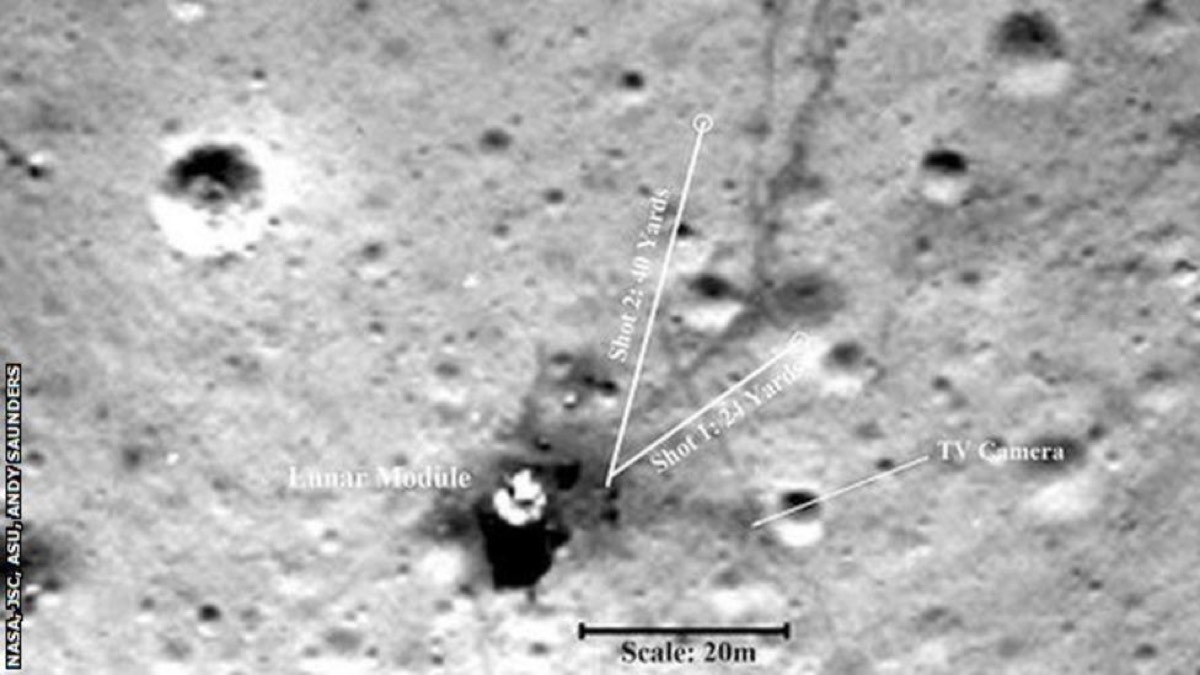 “Unfortunately, the second attempt could hardly be described as‘ miles and miles and miles ’ [de distância], but it is clear that this has always been considered a carefree exaggeration; something highly competitive that astronauts and golfers tend to do ”, he commented.

Despite this, he points out that the act remains an impressive feat, due to the lunar surface and its low gravity, as well as the astronauts’ clothing that limit their movements and vision.

It is worth remembering that Shepard was the first American to arrive in space, in 1961 with the Mercury-Redstone 3 mission. The astronaut was also the fifth person to step on the lunar surface, during Apollo 14. For him, “Shepard’s legacy as the first American in space and the first human to play golf in another world cannot be touched ”. 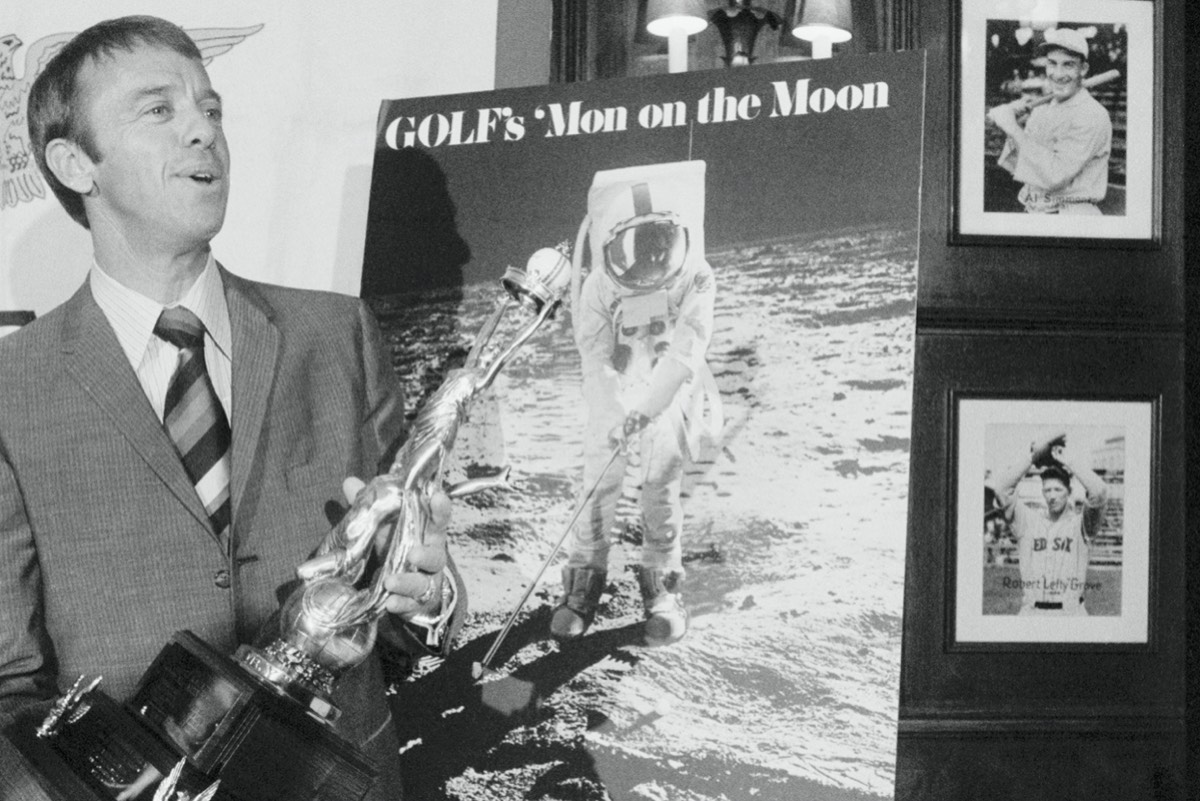 The joke that made history

The idea for Shepard’s action came from comedian Bob Hope, when the latter visited NASA headquarters in 1970. Also known as a fervent practitioner of the sport, the humorist told a joke about hitting a golf ball on the moon. The astronaut then I would have loved the suggestion, thinking it would be a good way to demonstrate the difference between the force of gravity on the Moon and on Earth.

The proposal was initially rejected by the management of the space agency. However, as the purpose would bring great publicity and dissemination of the organization’s projects, NASA accepted on the condition that he would only make the joke after the successful completion of all official tasks of the mission. The golf club developed by Shepard today is in the USGA museum, with a replica on display at the Smithsonian.