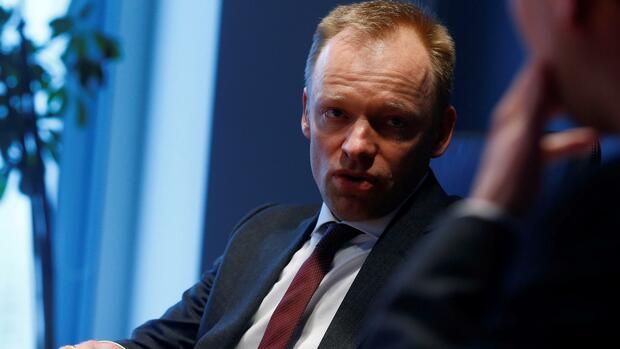 Berlin Even if everything has to happen very quickly in Corona times, the legislative form must of course be preserved. On Monday, a bizarre political spectacle will therefore be performed in the Bundestag in the last week of the session before the summer break.

A public hearing with experts on the stimulus package is scheduled for early afternoon. Just a few hours later, the relevant law was passed by parliament. The experts’ comments will go unheard due to the time pressure.

It would make sense to listen to them carefully and have them sag. Because the criticism that some experts make of the economic stimulus program is immense. The Federal Audit Office, for example, complains that the planned borrowing is “oversized” and even reports constitutional doubts. And Ifo boss Clemens Fuest believes that the stimulus package with the planned cut in value added tax as the centerpiece has no effect on the bottom line.

Fuest chased the Federal Government’s measures through an economic model. The numbers that the calculator spat out are sobering. Thanks to the € 130 billion package, the slump in the economy will be 0.9 percentage points lower this year. But between 2021 and 2023 this positive effect will be completely consumed by the negative side effects of the economic stimulus package.

In 2021 the economy would grow by 0.3 percentage points less, in 2022 by 0.5 percentage points, in 2023 by 0.1 percentage points. “This means that the tax relief and additional expenses are not fully reflected in increased economic performance,” Fuest writes. This also applies to the planned reduction in VAT.

The Federal Government will temporarily reduce the regular VAT rate from 19 to 16 percent in the second half of the year. This was initially seen as a big coup. But according to Fuest, the effect is zero.

The reduction will only push the economy by 0.2 percentage points this year. Although the sales tax will be reduced by 20 billion euros in 2020, according to Fests calculations, the gross domestic product will only increase by 6.5 billion euros. “The main reason for this is that consumption does not increase as much as the tax cut,” Fuest writes.

If the normal rate applies again from January 1, 2021, according to Quest’s analysis, this will even lead to slightly lower consumption at times and thereby push economic growth down by 0.1 percentage points in 2021 and 2022.

“It does not necessarily follow from this that the sales tax reduction is to be rejected as an economic policy measure,” Fuest restricts. Supporting companies and easing the burden on consumers in the current crisis can “be seen as desirable”, even if there is no significant expansion in consumption. But Fuest is right, the reduction in VAT and the entire stimulus package will hardly give the corona-plagued economy wings.

The Federal Audit Office makes a similar criticism of the VAT reduction, only more clearly stated. “It appears questionable whether this will increase consumption,” he writes. Significant deadweight effects loomed because the measure was not precisely targeted as indirect promotion of the economy. The administrative changeover effort is also “considerable”.

The Federal Audit Office criticizes not only the content of the economic stimulus package, but also its financing. “It is questionable whether a net loan raised to € 218.5 billion can be reconciled with the constitutional debt rule, especially since the second draft supplement affects fundamental constitutional principles such as annuality, maturity, truth and clarity,” write the auditors.

According to the Federal Audit Office, Federal Finance Minister Olaf Scholz (SPD) should have used the reserve of a good 48 billion euros accumulated in previous years to finance the economic stimulus package instead of taking up such large debts. Scholz wants to save this reserve for the next few years.

The participation of the federal states in the financing of the economic stimulus program is “disappointing”, the auditors complain. Why the federal government should bear the costs for the VAT reduction and for the child bonus of 300 euros alone is “not understandable”.

The federal aid for municipalities should also be “reconsidered”. The Court of Auditors even demands that the Bundestag should “not approve the planned increase in federal funds for accommodation costs for Hartz IV recipients without effective federal control of the use of funds”. The federal government intends to relieve the municipalities of a great deal of the costs.

Basically, there will be multiple challenges for the federal budget in the next few years, which are “enormous” at EU level. The Federal Audit Office therefore advises in financial policy to “act more cautiously”.

The social security institutions showed how quickly the situation for the federal finances can deteriorate dramatically: Despite the high surpluses and reserves, “billions of dollars in burdens can be expected” in the current financial year.

More: Comment: For an economic push, VAT should increase and not decrease