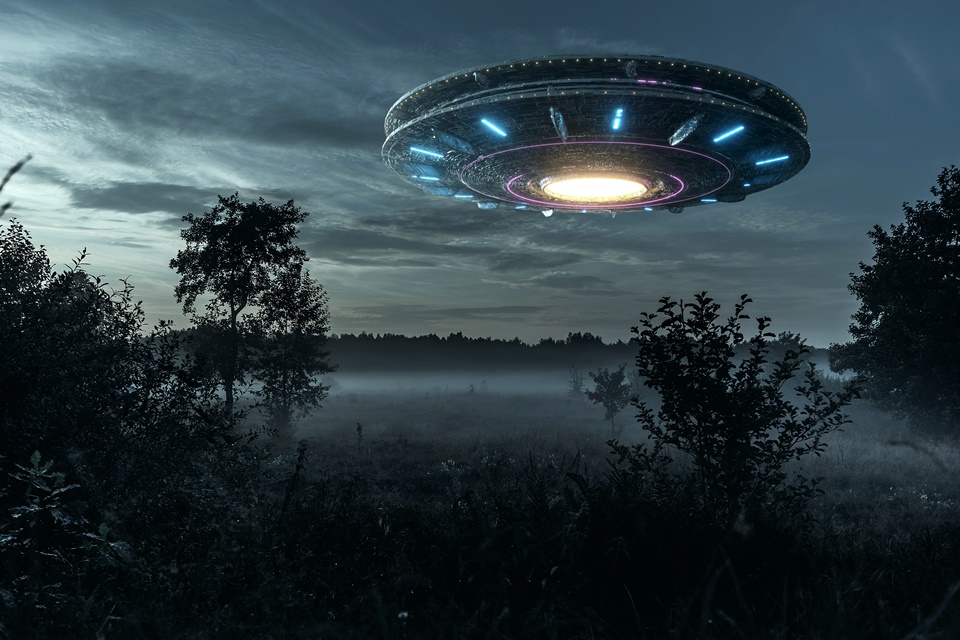 At the end of the morning of an ordinary day in 1950, while chatting casually with his colleagues from the Los Alamos National Laboratory on his way to lunch, the Italian-American physicist Enrico Fermi would have asked: “where is everyone?” Motivated by lively conversation about recent UFO sightings reported in the magazine’s issue The New Yorker that day, the question began what became known later as the Fermi Paradox.

Fermi, however, famous for building the first nuclear reactor in history and for his fundamental contributions to quantum physics, never claimed it as it is known today. Fermi’s Paradox addresses the apparent conflict between the high odds that there are intelligent extraterrestrial civilizations and the lack of evidence we have about them. In short, if the Universe is as big as it appears to be and it’s full of intelligent life out there, why haven’t we made contact with anyone but Earth?

Enrico Fermi, an Italian-American physicist, received the Nobel Prize in Physics in 1938 for identifying new elements and discovering nuclear reactions through his method of irradiation and nuclear bombardmentSource:  Public domain

Even if we only consider our galaxy so as not to charge too much of our imagination, we can make the following reasoning: the Milky Way contains hundreds of billions of stars and billions of them are stars similar to our Sun. If only some of these stars have planets similar to our Sun. Earth, with ideal conditions to maintain liquid water and mild temperatures, it is also possible that intelligent life has emerged on some fraction of these planets. If in turn, at some point, a small number of these civilizations are able to develop technology advanced enough to carry out space exploration or even interstellar travel, considering that our galaxy is billions of years old and many stars are older than the Sun , there was enough time for space to contain some trace of extraterrestrial intelligent activity. 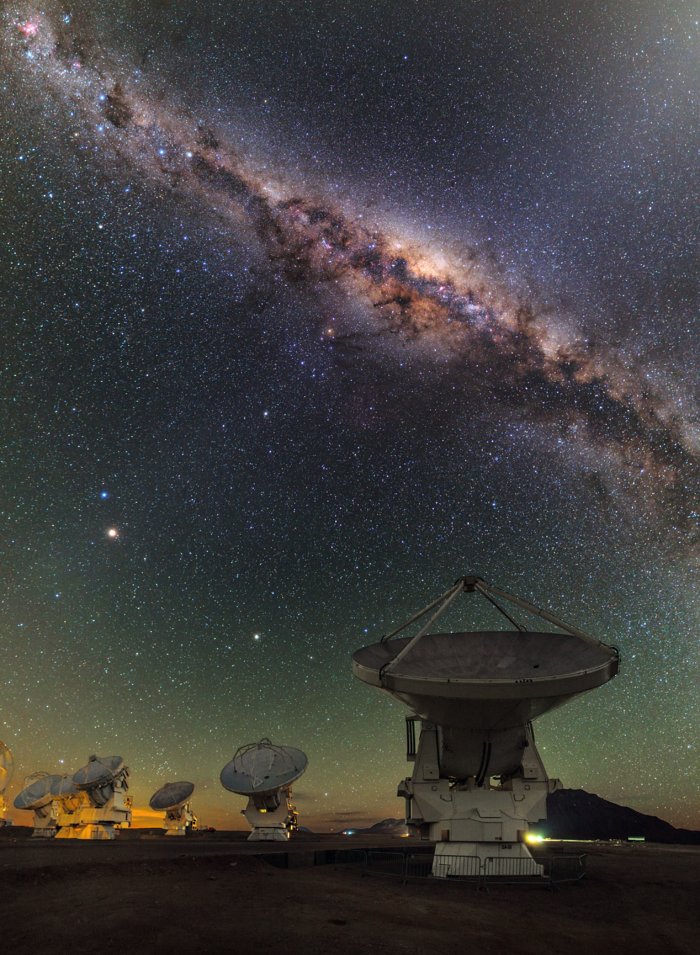 Antennas of the Atacama Large Millimeter/submillimeter Array (ALMA), in the Chilean Andes, under the Milky WaySource:  ESO/B. Tafreshi

In fact, scientists have explored this question for decades. One of the most famous efforts to understand the details behind it was made in 1961, by the American physicist Frank Drake. In addition to having founded SETI (English acronym for Search for Extraterrestrial Intelligence), a scientific search program for extraterrestrial life, Drake developed a mathematical equation to estimate the number of extraterrestrial civilizations active and capable of establishing communication in our galaxy. Called the Drake equation, it is a probabilistic equation that takes into account the number of stars that form in a given time interval, how many of these stars would have planets, how many of these planets would be in a habitable zone, among others.

The mathematical expression of the Drake equation.Source:  Singer’s Paradise

Given enough time, even this seemingly low number of intelligent civilizations should have been able to leave remnants of their presence in the galaxy, mainly in the form of electromagnetic radiation. Even so, the Universe has proved, until then, a silent place for this type of signal. Not that we haven’t looked and aren’t looking, though! 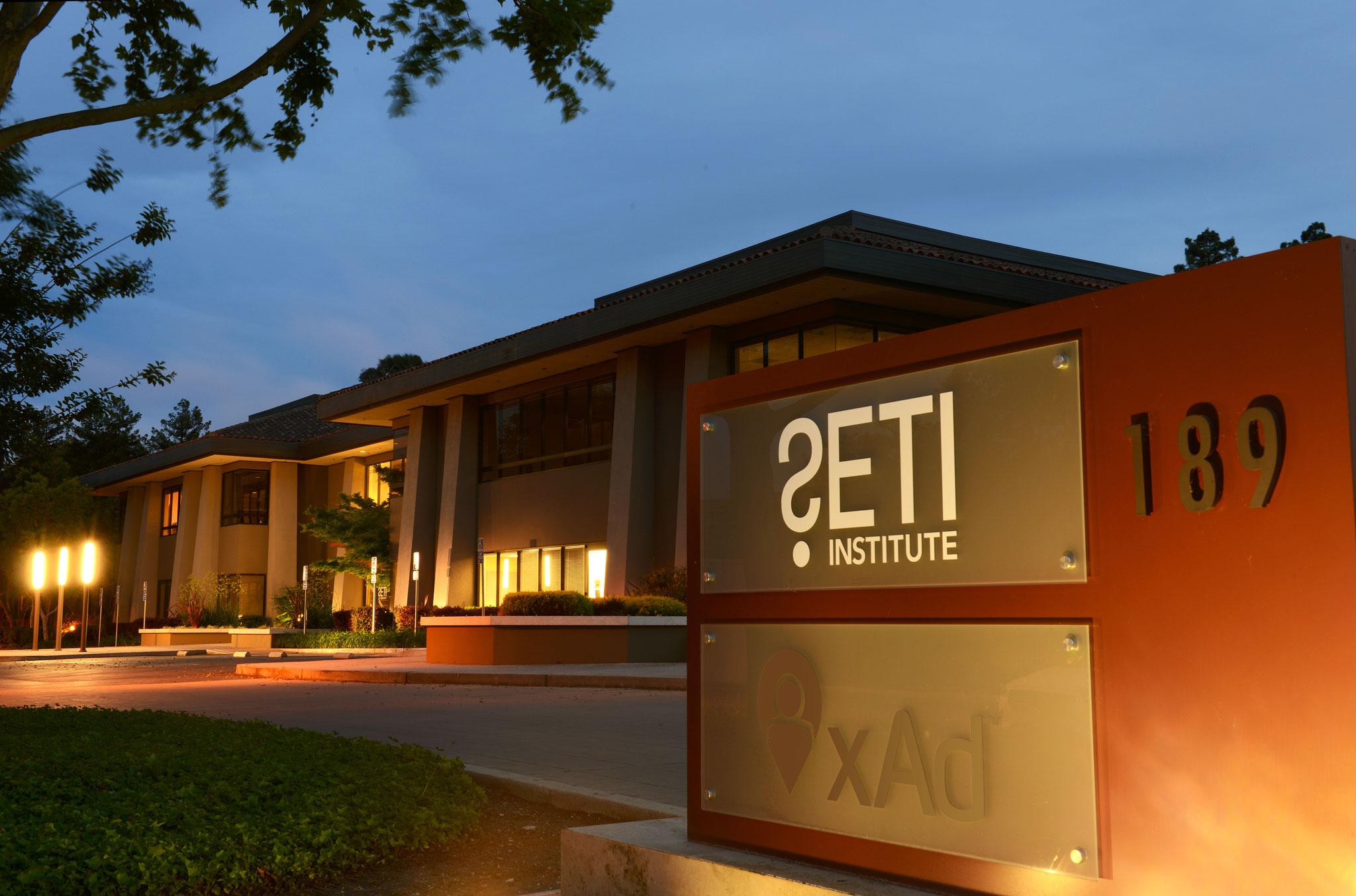 Headquarters of the SETI Institute, designed to research the existence of intelligent life outside the Earth.Source:  SETI

There are several hypotheses that seek to explain why we have not yet established any form of contact or even the lack of evidence that such civilizations exist. One is that intelligent life outside Earth is not as common as we think: on the contrary, it is rare or even non-existent. If this is true, the number of extraterrestrial civilizations able to communicate is so low that the probability that we will ever have evidence of their existence drops to virtually zero. Another possibility is that extraterrestrial intelligent life is not rare but tends to self-destruct. As such, most intelligent civilizations would go extinct before they could even explore enough space to discover the existence of other civilizations. Yet another hypothesis suggests that we just don’t discover life outside Earth because of the restrictions and limitations of our technology, that is, we are still too late to detect and recognize signs of intelligent life, assuming they exist, and even further to establish communication effective with any other civilization.

In any case, we keep looking up.

Nicolas Oliveira, has a degree in Physics and a Master in Astrophysics. He is a doctoral candidate at the National Observatory, where he researches orphan stars in galaxy clusters. He has experience in Teaching Physics and Astronomy, with research in Extragalactic Astrophysics and Cosmology. It acts as a scientific communicator and disseminator, seeking the popularization and democratization of science.