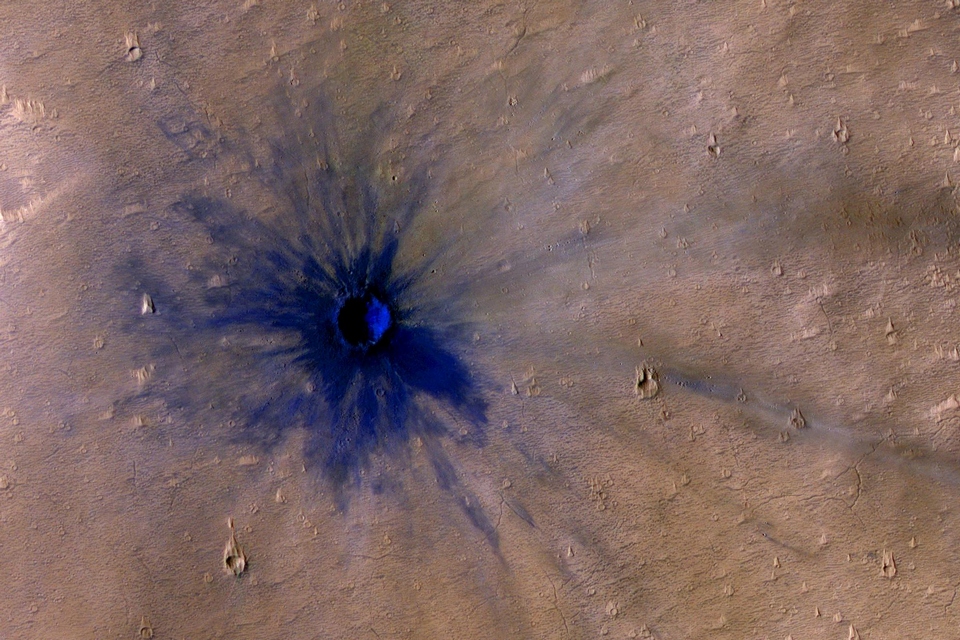 An impact crater is almost always synonymous with destruction and extermination. A study by researchers at Western University, published in the journal Astrobiology, shows that it is not always so. If the shock of a massive meteor decimated life on Earth, a previous and similar event may have driven it by bringing the necessary ingredients to the planet and, with the impact, creating the ideal conditions for it to arise.

The study opens possibilities not only to explain the evolution of life on Earth but also to search for evidence on the Moon and Mars, where the impact craters have not disappeared due to the movement of the tectonic plates or via weathering.

“It is typically destructive to imagine what happens when 1-kilometer rocks hit Earth – it’s an extinction event like the one that killed the dinosaurs. However, if impact is initially destructive, it also provides the elements for life, creating a new habitat for it ”, said planetary scientist Gordon Osinski, from Western University, and the study’s main author.

After the environment of chaos caused by the meteorite fall has cooled, water, heat, minerals and chemicals begin to combine in the impact basin – sediments, nutrients and hydrothermal vents that emerged with the impact, which would create a habitat with abundant energy and food , providing ideal conditions for the reproduction of microbes.

“They essentially create an oasis for life. After billions of years of erosion and other geological activities, it may be impossible to find out how life on Earth started, but missions to Mars have the possibility to find similar oases while looking for traces of life, ”said the researcher.

To produce an environment with enough water and heat for the development of life (in addition to glassy and porous impact rocks whose interior would be shelter for microorganisms to multiply), the impact crater must be about 5 kilometers in diameter. To produce it, the body (comets and asteroids known as carbonaceous chondrites, where organic material is found) must be at least 270 meters wide.

If on Earth an asteroid with these specifications would bring death and destruction (and that is why space agencies maintain constant surveillance), elsewhere in the solar system they are welcome and eagerly awaited.

The ongoing space missions have in common the task of looking for signs of life on the Moon and Mars. The red planet was massively bombed in the past by asteroids, and its impact basins are largely intact – one of which will be the landing site for NASA’s Perseverance rover, due to arrive on February 18, 2021.

“In theory, all the habitats we discussed can be present in the Jezero crater. We know from data collected by the orbiters that there is clay material, which may even have been generated by the impact of the asteroid that created it “, explained Osinski.

On Mars, the researcher deduces that the “life-generating oasis” would have to be a crater at least 10 kilometers in diameter. The asteroid would need to fall into an area with underground ice, giving rise to hydrothermal systems – the Jezero, 49 kilometers in diameter and having housed a lake 3.5 billion years ago, satisfies these requirements.

“Even the smallest impacts that we currently see on Mars can result in habitat formation. Whether life would really form is another matter, ”concludes Osinski.