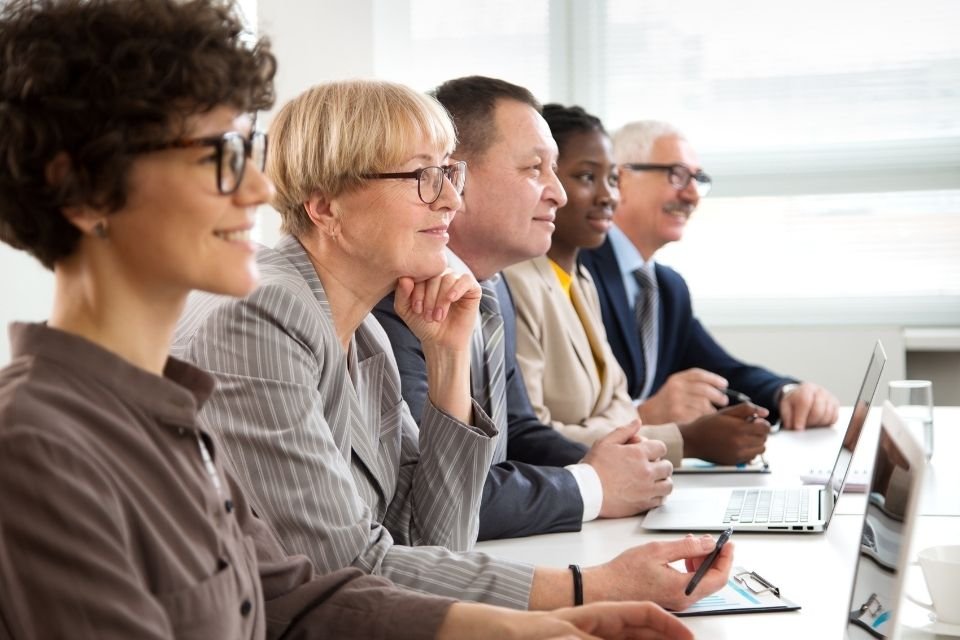 It is the first time in history that we have the opportunity to form a multigenerational team, with 5 generations working together. This not only represents the sociodemographic reality of our time, but also the advances in the way of hiring and managing people in companies.

Due to advances in medicine, technology and science, we have an increase in people’s life expectancy and, for the first time, we find 4 or 5 generations living in the same work environment, which is fantastic from the point of view of diversity and inclusion.

According to the IBGE, in 1940, a person who turned 50 was expected to live an average of 19 more years. In 2019, at that same age, it is expected to live another 30.8 years. That is, an increase of 12 years of life and an inversion of the age pyramid in Brazil.

The positive impact of multigenerational teams

This coexistence between generations only brings gains for companies, because it brings learning, one generation learns from the other. Leaders need to know how to deal with this and promote an inclusive and psychologically safe environment where people can show their potential, but not all companies have this vision.

Multigenerational teams represent an advance in the way of hiring and managing people in companiesFonte: Shutterstock

The Getúlio Vargas Foundation, together with consulting firm PWC, conducted a study on the Aging of the Workforce in Brazil, and revealed that the Brazilian GDP could increase 16 billion reais a year if companies hired more elderly people. The survey also found that only 1% of positions held in companies are by people over 65 years of age. And considering the positions of the institutions, the survey shows that more than 63% of them believe that these professionals demand greater financial costs, are not flexible with changes in the work environment and that because they are about to retire, they are accommodated, which is a mistake and it brings a very great stigma, devaluation and marginalization to this population. It can be said that ageism (discrimination against the elderly population) is still present in institutions, in their leaders and in society as a whole.

This stereotype makes many companies fail to see that there is a significant portion of experienced and capable talent in the job market that we cannot help but look to: the 50+ audience. The retirement that used to take place between 60 and 65 years of age has been postponed by a public that, at the height of its maturity and productivity, does not want to stop working, yet there were more than 65,000 layoffs in the first half of 2020, an increase of 25% compared to to the previous year, according to a survey of the General Register of Employed and Unemployed Persons. Layoffs of people aged between 25 and 29 rose 2.3%, while layoffs of people aged between 50 and 64 increased by 9%, totaling 756,000 layoffs.

McKinsey & Company, through the study ‘Delivering through diversity’, proves that a team composed of several generations is capable of generating more value, performance and profitability for the organization.

The importance of age diversity

It is important that institutions embrace age diversity, which means valuing, respecting, and including all people, regardless of their date of birth. They need to consider that technology is, and works, for everyone, regardless of age. The market needs to be open to generational inclusion, understand that people of different ages complement each other and generate innovation, which is a cultural challenge.

Intel, for example, believes that Diversity and Inclusion goes beyond the HR area, which is why we have a Chief Diversity Officer who reports to the company’s global CEO, that is, an area 100% dedicated to this and which is part of the company’s strategy. business, and Inclusion is one of Intel’s seven values.

It was also created Employee Affinity Groups (ERG? in English) or Intel Communities, organized by race, nationality, gender, religion and sexual orientation, with the purpose of building an environment of diversity, equity and inclusion.

With the growing aging of the Brazilian population, we increasingly need to look at the 50+, 60+, 70+, 80+ population, as our life expectancy will exceed 100 years very soon. So, retiring from the corporate world in your 50s-60s will require a career transition, in fact multiple careers, and a plan B (C, D…) for almost everyone.

This fact will make big brands, retail in general, digital marketing, small, medium and large companies to start looking at this population as an important portion of consumers, influencers, decision makers and, mainly, as talents with incredible life experiences and high professional background.

Companies will need to change their hiring strategies to attract the 50+ audience, as well as to retain them, creating development and training programs aimed at this population, helping them to remain engaged, updated and prepared for the new challenges. Lectures and workshops will be necessary to raise awareness among the internal public about age diversity, longevity and generational integration, as well as the creation of manuals with inclusive language and inappropriate jokes. Have you ever stopped to think that currently the terms “old age, elderly, better age” no longer make sense?

It is estimated that by 2040, 57% of the workforce will be over 45 years old and by 2050 one third of the Brazilian population will be 60 years old or more. Which means that we will have more productive people than economically dependent ones. And you, have you ever stopped to think about the possibilities in this scenario? Old age is not the same for everyone and wisdom only comes with age. After all, if all goes well, we will all grow old.