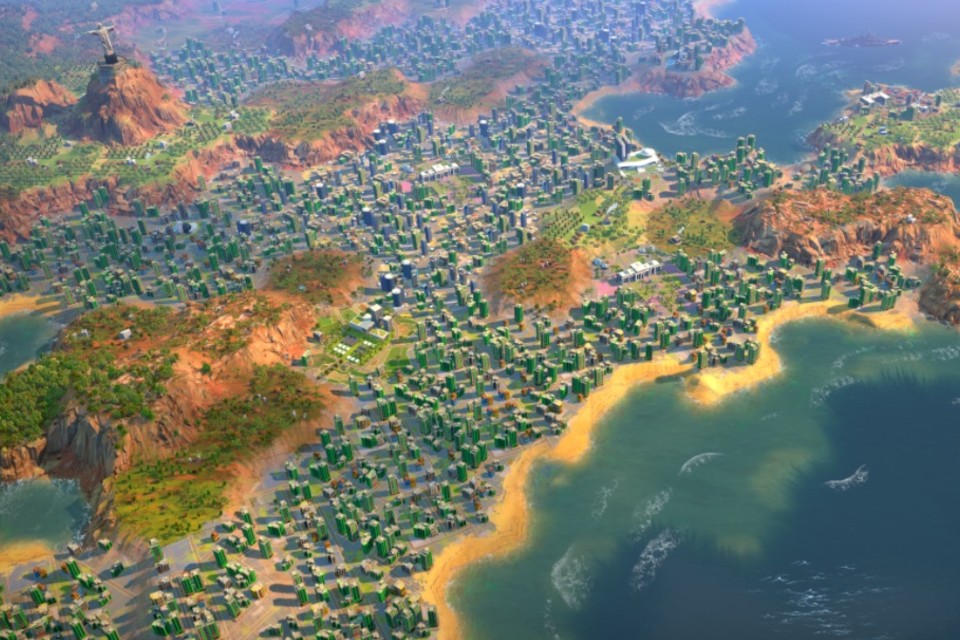 the arrival of humankind ao PC is not only a good opportunity to celebrate the captivating 4X genre, but also a cool opportunity to learn a little more about the culture of Brazil, one of the dozens of civilizations that help tell the story of humanity in the new Amplitude game.

At the invitation of his national press office, we were pleased to send some questions to William Dyce, the game’s chief designer, and to Benoit Humbert, a historian who helped ensure greater fidelity and historical accuracy throughout the gameplay. Find out all about Brazil’s presence in the game!

In the journey between the Neolithic Era and the Contemporary Age, you mentioned that the Culture of Brazil can be explored by players. Exactly what period are we talking about? What time in Brazil was portrayed in the game? Is it focused on the culture of any specific region?

William Dyce: “Brazil is available as a culture in Era VI, the Contemporary Era.”

Even Christ the Redeemer of Rio de Janeiro appears in Humankind.Source:  Amplitude Studios

Benoit Humbert: “We chose to portray contemporary Brazil, covering many different aspects of its modern history. This choice was also for us a perfect example of what the game is: the mixture of cultures and heritages. That’s why we didn’t focus on a specific region, but we wanted to show Brazil as a whole, made up of so many different components.

We also tried to get away from the traditional cliché of Brazilian culture in video games, focusing this time on the richness of its landscapes, its rural side, in addition to reminding people by name of its characteristic legacy of “Lungs of the World”, that the Amazon rainforest covers a large part of the Brazilian territory. That’s why we also chose a main illustration that reminds us of Vale do Café, as well as the fact that Brazil is the largest coffee producer in the world. In addition, it was a good way to mix different background landscapes with modern infrastructures and some more traditional ones inherited from the colonial period.”

How was the research work to bring Brazilian culture to humankind? Did you ever talk to local historians? Have you personally visited the country to immerse yourself in its culture and customs? How was the approach throughout development?

Benoit Humbert: “We didn’t have a chance to visit the country for the purpose of the game, but we tried our best to immerse ourselves in some aspects of Brazilian culture and way of life, asking Brazilian friends, watching documentaries, movies and reading different types of books, from historical studies on the different regimes, on agriculture and industry, to more touristy ones. We also tried to study how Brazil presented itself in various electronic games to propose a different approach.” 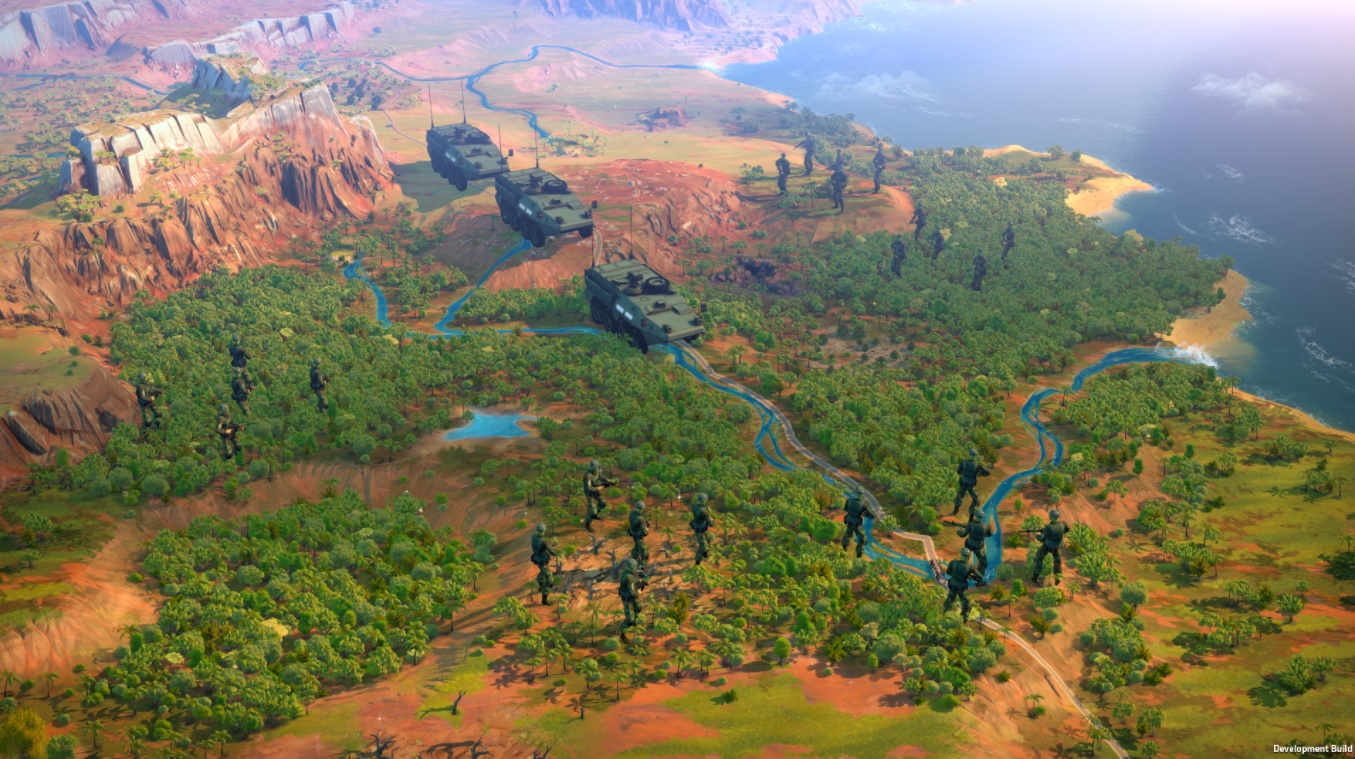 The armed forces of Brazil attack like the Jungle Infantry Brigades.Source:  Amplitude Studios

What aspect of Brazilian culture that you added to the game do you think Brazilians will most like to see portrayed there?

William Dyce: “Many countries have Special Forces with historical traditions, but we couldn’t put them all in. It wouldn’t have been very interesting to provide all the controls as the flagship unit for each culture, so we had to choose just one. In the end, for Brazil, we opted for the Jungle Infantry Brigades.

When the time comes for your civilization to train for jungle operations, many of the world’s special forces will do so with the Brazilian army at their Jungle Warfare Instruction Center (CIGS). Brazil’s Jungle Infantry Brigades have extensive experience in fighting guerrillas and drug traffickers in the most inhospitable areas of the Brazilian rainforest.” 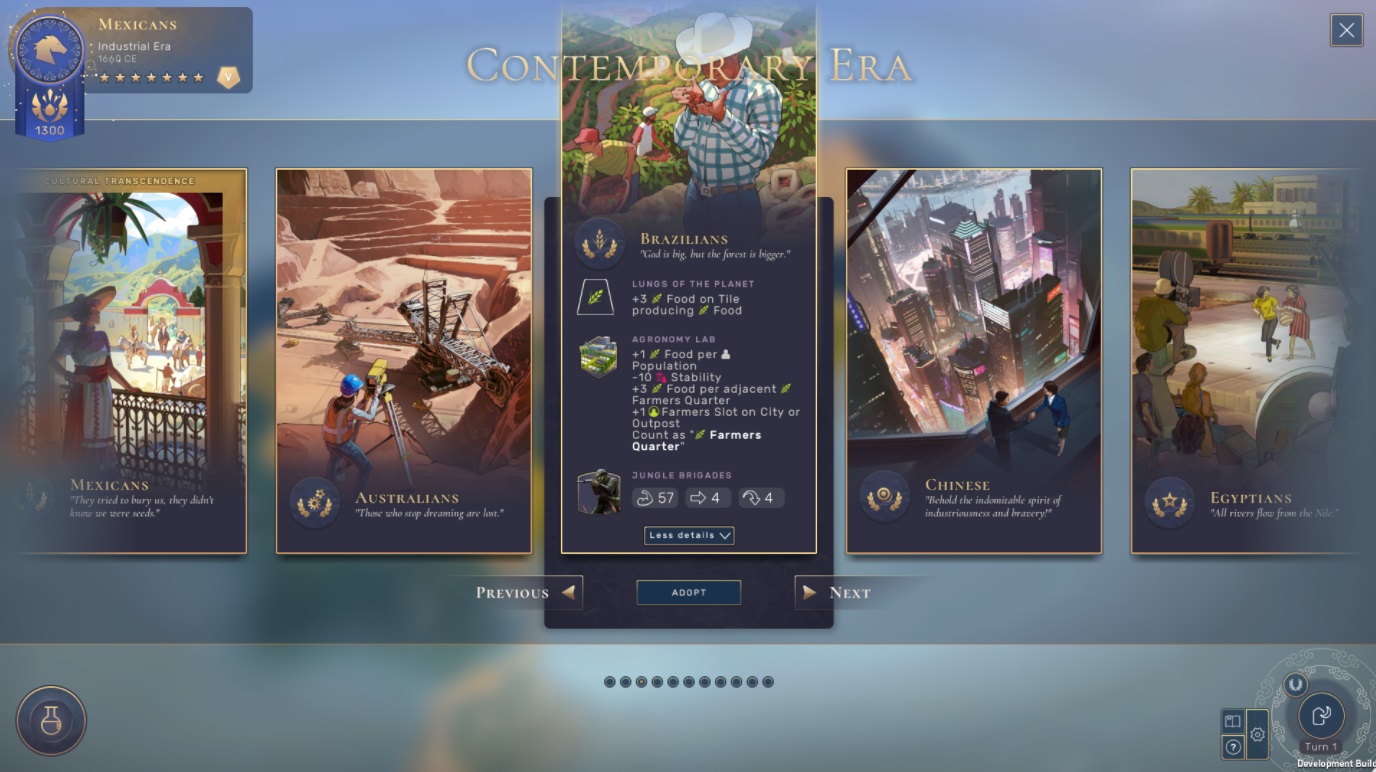 Agriculture is one of the strongest points of Brazilian civilization.Source:  Amplitude Studios

Benoit Humbert: “After the Brazilian culture sheet was released, we received a lot of positive feedback about the way we portray contemporary Brazilian culture, avoiding those clichés I was talking about, but also why we chose to represent the country through the laboratory of agronomy — inspired by Embrapa —, on how Brazil invests in agronomy.

And finally, with its characteristic legacy called Pulmões do Planeta, as well as its unit, the Jungle Brigades, we wanted to make a direct reference to the Amazon Forest, and to the fact that Brazil has the most skilled jungle units in the modern world.”

are you looking forward to playing humankind? Will enjoy that the game will be day one on Xbox Game Pass on PC? What did you think of the representation of Brazil in the game? Let us know in the comments!