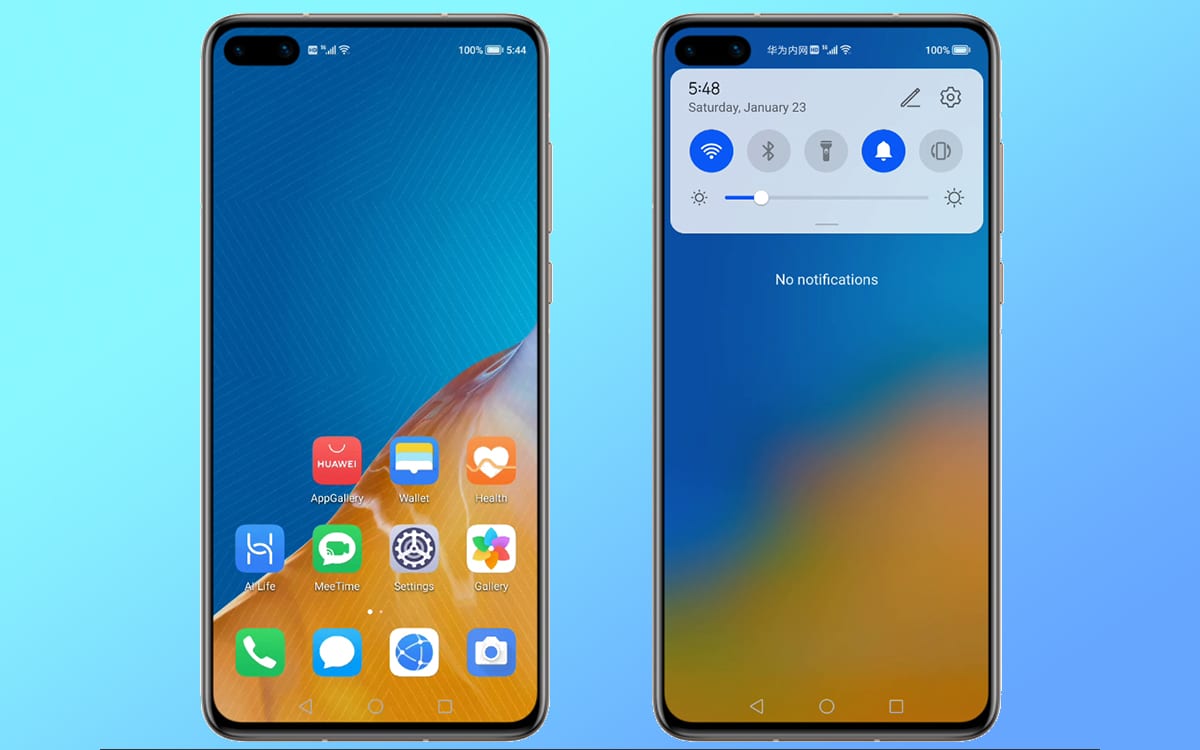 HarmonyOS, the operating system developed by Huawei, turns out to be very similar to Android. By digging into the code of the mobile OS, our colleagues from Ars Technica have indeed discovered many similarities with the interface developed by Google. The developers of the Chinese manufacturer have obviously modeled themselves on Android in order to accelerate the development of the project.

In December 2020, Huawei launched the first beta version of HarmonyOS, its in-house alternative to Android, on a handful of recent smartphones and tablets. Deprived of an Android license following US sanctions, the Chinese group has accelerated the development of its operating system over the past few months. According to the latest news, Huawei would offer HarmonyOS on the P50, its future flagship. Indeed, the international version of the smartphone would embed both HarmonyOS and Android.

According to Wang Chenglu, president of the software engineering section at Huawei, HarmonyOS is not a simple copy of Android. Richard Yu, CEO of the Chinese group’s mobile division, has repeatedly said that the operating system is very different from Android. However, there are many similarities in the code of the operating system, say our colleagues at Ars Technica. After installing the HarmonyOS emulator, the media claims that HarmonyOS is onlya fork of Android 10. The article compares Huawei’s interface to Fire OS, a fork of the Android mobile operating system developed by Amazon for Fire TVs.

On the same topic: EMUI 11 would be Huawei’s last Android interface before HarmonyOS

To design the modular operating system, Huawei developers would simply have copied lines of code present in the open source version of Android. Legally, nothing prevents Huawei (or any firm) from appropriating the code of the OS and offering its own version.

Ultimately, the interface looks like EMUI, the Android overlay developed by the Chinese group. For Ars Technica, Huawei simply replaced the word “Android” with “HarmonyOS”. Huawei “Presents an exact copy of the EMUI Android skin”, says the media. By rummaging through “Application information”, we even find several times the mention of Android. “After hours of digging through HarmonyOS, I couldn’t find a single substantive change compared to Android” emphasizes Ars Technica.

The operating system development kit (SDK) (called DevEco Studio), offered to developers to develop their applications, would even be same as Android Studio, the Google kit. There would be exactly the same components.

Huawei has “Perfectly copied every feature of Android 10”, continues the article. The Chinese OS includes all the gestural navigation developed by Google. Inaugurated in 2019 with Android 10, gesture navigation skips the traditional Android navigation bar. Swipe up to return to the home screen. To go back, you just have to swipe the screen from a corner. It should be noted that these navigation gestures were offered on EMUI (and other Android overlays) before Google integrated them into its operating system.

Finally, Ars Technica notes that the HarmonyOS beta is “much too complete ” for a test version. According to the media, it is not conceivable that the developers of the group have developed such a complete operating system without relying on Android. This approach allows Huawei to push its fork in the shortest possible time. Thanks to the similarities shared by the two OS, Huawei can easily proceed with a migration to HarmonyOS of its smartphones. Moreover, all smartphones already compatible with EMUI 11 will be able to install HarmonyOS when it is deployed worldwide.

On the other hand, the proximity of Harmony OS to Android suggests that Huawei will be dependent on Google to develop new features, specifies the media. Likewise, the Chinese group will have to rely on Google to integrate fixes and security patches.

As a reminder, Huawei expects HarmonyOS to be installed on 200 million devices worldwide by the end of this year, including 100 million devices designed by other brands. Thanks to its in-house OS, the Chinese manufacturer hopes to stem the collapse in its sales of smartphones. Deprived of Google Mobile Services since 2019, the manufacturer has no other choice than to bet everything on its in-house solution.