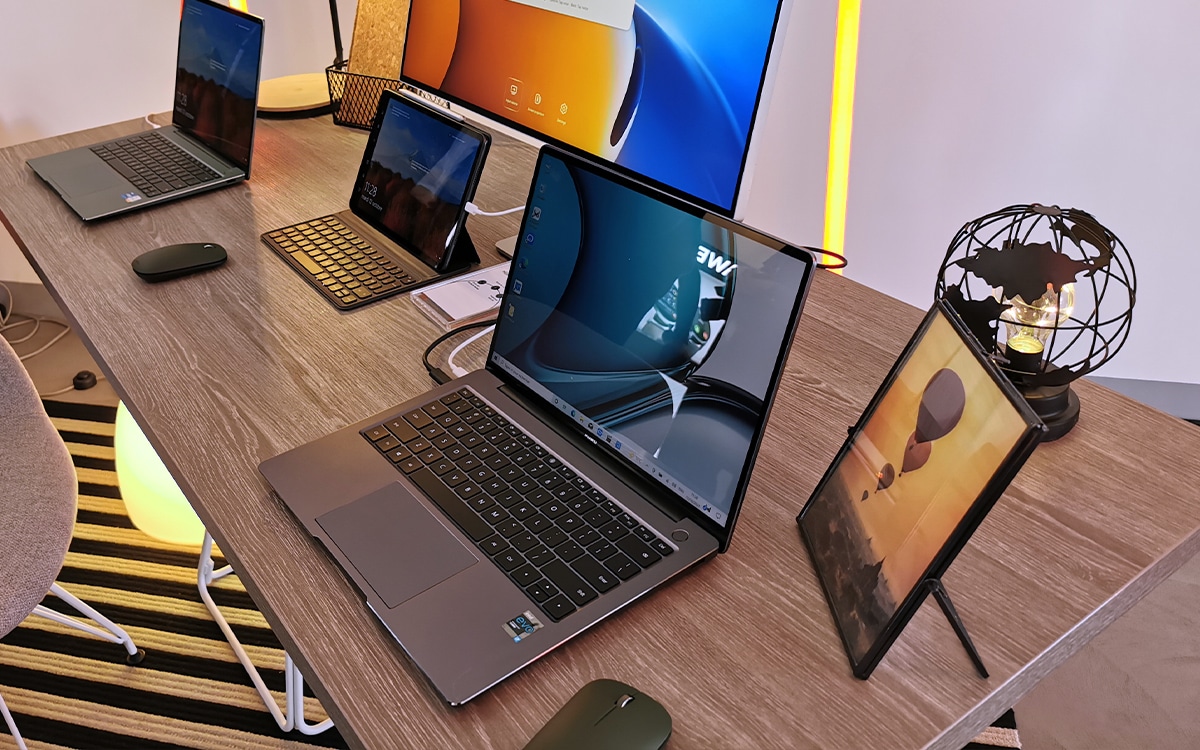 Huawei unveils one of its new flagship laptop PCs: the MateBook 14s. The computer benefits from a 3: 2 touch screen at 90 Hz, an 11th generation Core i5 or i7, ultra-fast charging and a sleek design. And those who hate the pop-up camera built into previous versions will be delighted: it is gone. But these are not the only surprises that the computer reserves, of which here is a small overview. 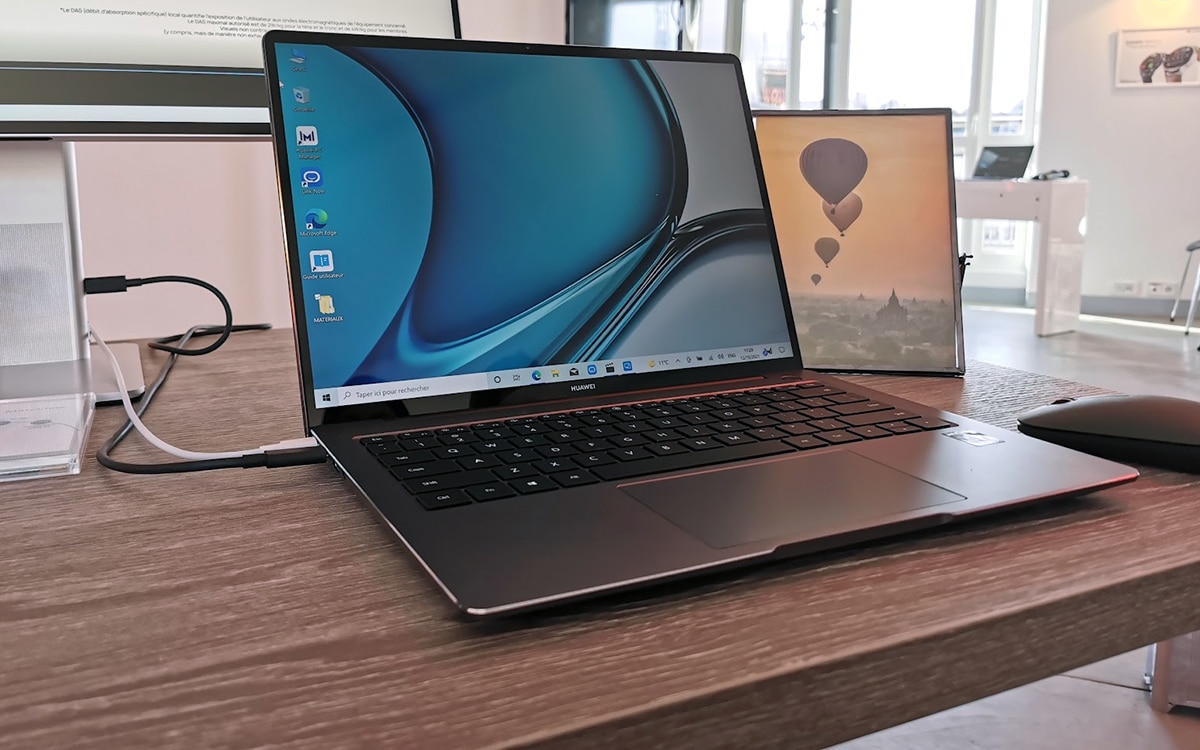 Presented a few days ago in China, the MateBook 14s officially arrives in France. Huawei has just announced the next availability in France of its new laptop PC at a conference in Paris.

As the name suggests, the Huawei MateBook 14s prides itself on a 14 ″ screen diagonal. this touchscreen laptop PC should appeal to those who need a versatile computer: office, video, photo editing and even a little gaming. The MateBook 14s can do almost anything, especially since it is equipped with a 11th gen Core i5 or Core i7. Note, however, that there is no graphics chip signed AMD or Intel. It will therefore be necessary to rely on the on-board chip Iris Xe d’Intel.

With the MateBook 14s, Huawei lets go of its pop-up camera

One would expect Huawei to include a keyboard pop-up camera on its 14s, like the AMD MateBook 14 we tested last year. A device that few users appreciate, since it is impossible to adjust the height of the webcam. Of course, it could be argued that a removable camera integrated into the keyboard offers more security. But it is clear that for tall or medium-sized people, the viewing angle of the camera is totally unsuitable.

Good news then, since the MateBook 14s camera takes advantage of a much more classic position: this is located in the upper border of the screen. Speaking of screen precisely, Huawei explains that it does not suffer from this placement and that its display area is 90%. The black bands are therefore relatively discreet. Still concerning the screen, the PC takes advantage of refresh rate in 90 Hz (but set by default to 60 Hz, in order to save the battery) and a 3: 2 display.

Huawei has worked on the audio quality of its MateBook 14s

In terms of connectivity, we take advantage of two USB-C ports (including one in Thunderbolt) located to the left of the device. On the right, there is a USB 3.2 Gen 1 port. For the video part, the device also benefits from a connecteur HDMI 1.4b. As for the wireless link, the PC is Wi-Fi 6 compatible.

For audio, there is a classic jack port on the MateBook 14s, but also Huawei Sound technology. The device thus exploits 4 loudspeakers : thanks to its two tweeters and two woofers, it separates the bass and treble. We also take advantage of 4 microphones which offer a capture at more than 5 meters and benefit from noise reduction carried out using on-board AI.

The PC comes with a 90W charger, which offers 3 hours of autonomy for 15 minutes. Huawei also ensures that its PC can hold 13 hours of video playback at 1080p.

The PC is sold in three configurations, the prices of which are as follows:

In addition, it is available in two colors: gray or spruce green. A color that clashes with the usual colors in Huawei PCs … And which particularly seduced us during the press conference organized by Huawei. Regarding availability, the PC is already available for pre-order and will be delivered from October 25 (with the exception of the € 1,549 model, which will arrive in November). For any order of one of the 3 models, the manufacturer offers a Freebuds Studio headset.

Note that the PC is delivered under Windows 10. Updating to Windows 11 is possible and as expected by Microsoft, it is completely free. However, note that it does not yet appear in Windows Update. You will either have to wait a few more weeks before seeing it unload, or force its installation using a Windows 11 ISO file.