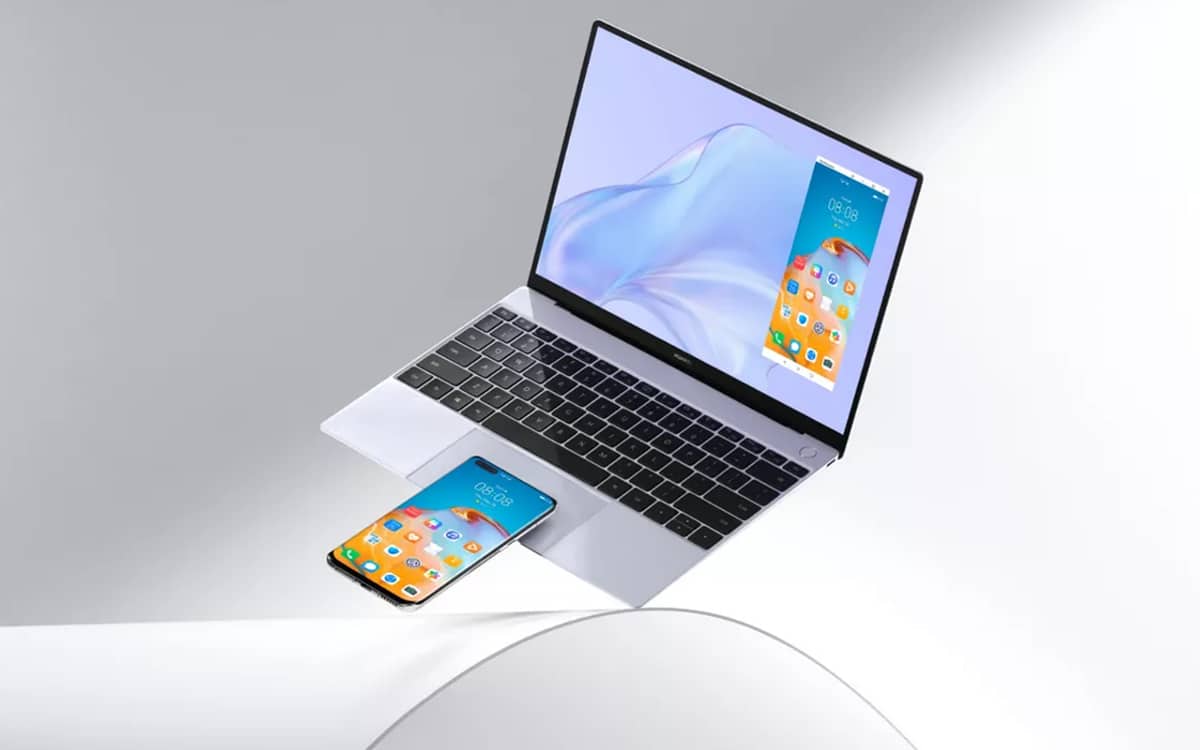 Huawei launches the Matebook X and Matebook 14 2020. The Chinese manufacturer took advantage of the HDC (Huawei Developer Conference) to unveil its new ultraportable PCs. On the program, welcome technical improvements such as the integration of an Infinite FullView screen, support for Wi-Fi 6 or the presence of a 10th generation Intel Core processor.

As agreed, Huawei held its HDC 2020 (Huawei Developer Conference) this Thursday, September 10. The manufacturer focused the event on three main themes, namely its new EMUI 11 overlay, the launch of Harmony OS 2.0 and HMS Core 5.0. And of course, the Shenzhen firm also had a few new products under its belt, starting with two new ultraportable PCs: the 2020 Matebook X and 2020 Matebook 14.

In early February 2019, Huawei unveiled at MWC 2019 the Matebook X Pro, a solid alternative to Apple’s MacBook Pro. This Matebook X 2020 edition follows the same aspirations of its predecessor, and aims to establish itself as a viable competitor to Apple brand laptops.

First, the Matebook X 2020 amazes with its line: only 1 kg on the scale and 13.6 mm thick. Huawei’s PC is indeed an ultra-portable, ” smaller than a sheet of A4 paper ″ as the builder likes to point out. The main innovation on this MateBook X 2020 obviously remains the integration of a Infinite FullView display, the main selling point of the product.

This beautiful borderless slab displays a 90% body-to-screen ratio, all in definition 3000 x 2000 pixels and with a resolution of 278 pixels per image. As on the previous model, the screen is tactile, 100% sRGB and has a ” Eye Comfort “ to reduce blue light emissions.

Read also: Huawei will launch a smartphone under HarmonyOS from 2021

Under the hood, users can count on a 10th Generation Intel Core i7-10510U CPU, accompanied by 16 GB DDR4 RAM and one 512 GB SSD. Other notable improvements include:

As on the brand’s previous models, the webcam is integrated directly into a key on the keyboard. The Huawei Matebook X will be offered in four colors: Silver Frost (silver), Forest green (woody green), Interstellar blue (blue) and Sakura Pink (pink). It will be available in October at 1599 € (i5 model) and € 1,799 (i7 model).

The Huawei Matebook 14 2020 is shaking up the high-end ultraportable market, with a great proposal: a FullView 2K touch screen with anti-fingerprint coating, one processor AMD Ryzen 7 4800H new generation engraved in 7nm, 16 GB RAM DDR4, a 512 GB SSD and a long battery life of 56 Wh for 10 hours of autonomy according to the manufacturer.

As on the MateBook X 2020, we find a beautiful 14 ″ touch screen and borderless in definition 2160 x 1440 pixels, 100% sRGB Color Gamut certified. Huawei then equipped its PC with a new ventilation system called Huawei Shark Fin Fan, said to increase air circulation by 39%.

The MateBook 14 2020 will also be available in October 2020, and again several models will be offered:

For once, Huawei’s ultraportable PC will not benefit from several colors. We will therefore have to be content with this metallic gray.