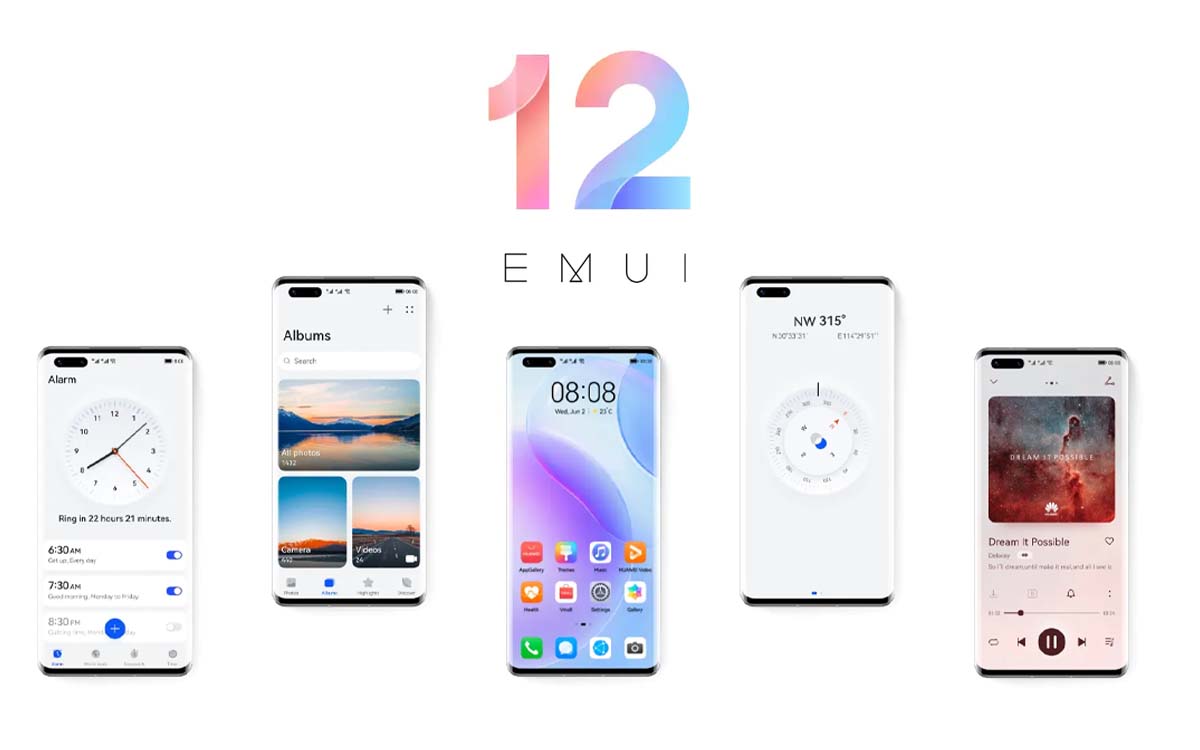 While everyone logically awaits the deployment of HarmonyOS on Huawei smartphones, the manufacturer has just unveiled without warning EMUI 12, the new version of its overlay based on Android. Unsurprisingly, it incorporates many features from HarmonyOS.

Huawei has already confirmed it a few weeks ago, EMUI 12, the new version of its Android-based overlay, will take over many features of HarmonyOS, its OS destined to replace Android in the long term on the brand’s various devices. And precisely, without warning, the Shenzhen firm has just officially presented EMUI 12, as evidenced by a dedicated page on its official website.

It should be noted first of all that HarmonyOS remains exclusively available in China for the moment, so it is not surprising to see Huawei offer a new version of its Android-based overlay, before a possible deployment of HarmonyOS in other markets. . We must see here a foretaste of what awaits users with the manufacturer’s home OS.

And for good reason, EMUI 12 incorporates many features of HarmonyOS, starting with access to notifications and the new control panel. By simply sliding down, you can access the main parameters such as Internet connection, Bluetooth, connection with connected objects, or a new window dedicated to music playback.

Read also: Huawei reassures – HarmonyOS will not be impacted by the transition to AAB from Android

The overall look of the interface is also purer and more elegant: “The innovative interface design brings the digital world to life. Finely adjusted gradients create a real sense of depth on the screen, while the simple black, white and blue color format provides a clean and refined look ”, describes Huawei. In addition it will be possible to change the size and thickness of the font as desired, for an optimal visual experience.

Among the other major novelties, we note the integration of a section dedicated to Device +. This service, inaugurated on HarmonyOS, facilitates connection with other devices running EMUI. In other words, you will be able to enjoy the features of your smartphone (calls, SMS, various applications) from your Huawei tablet or PC.

Another example, if you use a compatible MateBook, you can thanks to Device + access, transfer and edit files saved on your smartphone directly on your laptop PC. In addition, it will be possible to switch the playback of content on any compatible device. Then note the arrival of an improved version of Huawei Share OneHop, which allows you to share files with a single click between a PC, smartphone or compatible tablet.

Huawei’s Facetime MeeTime is back

MeeTime, the alternative to FaceTime developed by Huawei, answers the call and introduces in passing a new video call transfer system. On EMUI 12, it will be possible to send the call to your television or computer, while retaining access to the various controls and functions in call. “Seamlessly transfer video calls made to your phone thanks to Huawei Vision and the MeeTime video call transfer function and transfer the call to your phone as you wish ”, Huawei specifies.

Let’s conclude with a new section on performance and privacy. According to Huawei, EMUI 12 offers “a faster digital life ”, web pages and apps loading as you scroll through them. “Even after prolonged use, the response to operations and application start-up is as smooth as usual ”, assures the builder.

Regarding confidentiality, it will be possible to use your password from your PC to unlock your smartphone via the Multi-Screen Collaboration tool. Besides, the user will be able to define his connected watch as a trusted device. “Only when they are connected can you unlock the phone via Face Unlock ”, Huawei adds. Unfortunately, Huawei did not specify the release date of EMUI 12 nor which devices will be eligible to switch to the new overlay. We will update this article when we have more information about it.