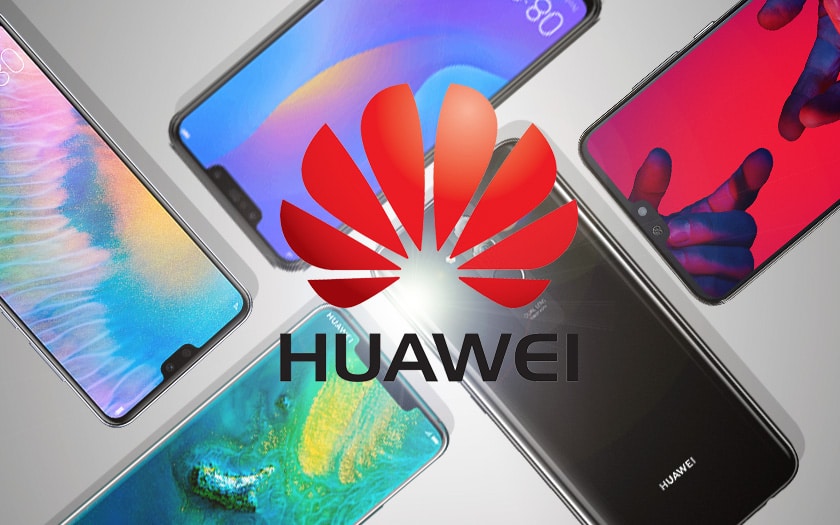 Which Huawei smartphone to buy in 2020? The question arises especially since the manufacturer has had its Android license withdrawn. Its smartphones, launched a few months ago, are released without the Play Store. Do you want to acquire a new model of the brand, but do not know what to expect? Don’t panic, we’ll enlighten you in our buying guide.

Our selection of the best Huawei smartphones

In 2020, Huawei faces a major obstacle which is the absence of Google applications on its new smartphones, a reason enough to raise doubts among European customers. The point is that Western users, unlike the Chinese, are still heavily dependent on Google services.

So the question is whether buying a Huawei smartphone is still worth it in 2020. All the models in our buying guide are available in France, including the Mate 30 Pro which is sold by default without the Play Store, but there is a workaround for this restriction. 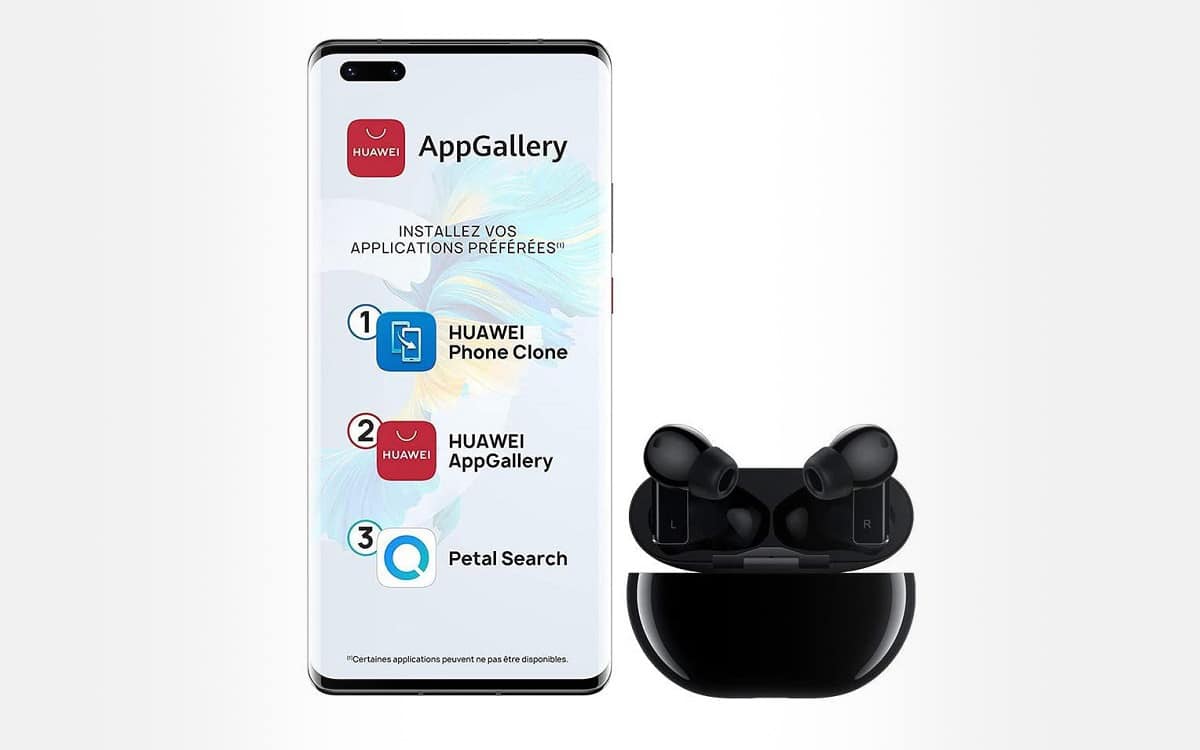 Huawei’s Mate 40 Pro logically offers a muscular technical sheet. The smartphone is still deprived of GMS, but it nevertheless offers a brand new SoC engraved in 5 nm and once again gives pride of place to photos and video. All the characteristics in the table below. For a more complete analysis, you can also consult our test and review on the Huawei Mate 40 Pro.

Must see: the best deals to buy the Huawei Mate 40 Pro at the cheapest price 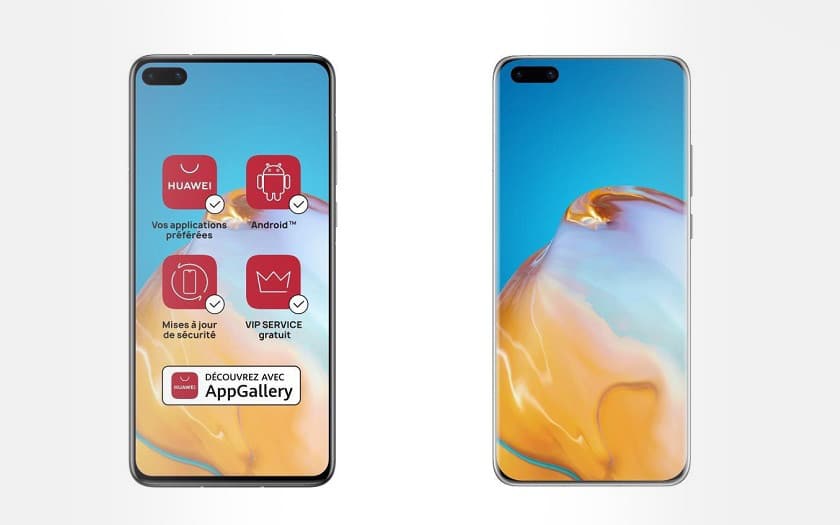 The Huawei P40, a worthy successor to the Huawei P30, is a high-end smartphone available from April 21 in France. The latter sports a 6.1-inch screen with a definition of 2340 x 1080 pixels, for 422 ppi. The hardware part is provided by the Huawei Kirin 990 house processor, coupled with 8 GB of RAM and 128 GB of internal memory that can be expanded using an NM card.

The Huawei P40 Pro, wants to be a step above its little brother is offers with a few differences the same characteristics with a very successful borderless design. The photo part is also better with not three but four sensors on the back of the device. So we have a 50MP, f / 1.9 module, a 40MP, f / 1.8 sensor, a 2MP, f / 3.4 sensor and a ToF module.

Another point that sets them apart is the battery capacity, which is greater on the P40 Pro: 4,200 mAh, which, in addition to the 40W SuperCharge, supports wireless charging. It is Android 10 with the Huawei EMUI 10.1 interface that we find on both smartphones, with the absence of Google services and applications, essential for some users, harmless for others.

Must see: the best deals to buy the Huawei P40 and P40 Pro at the cheapest price 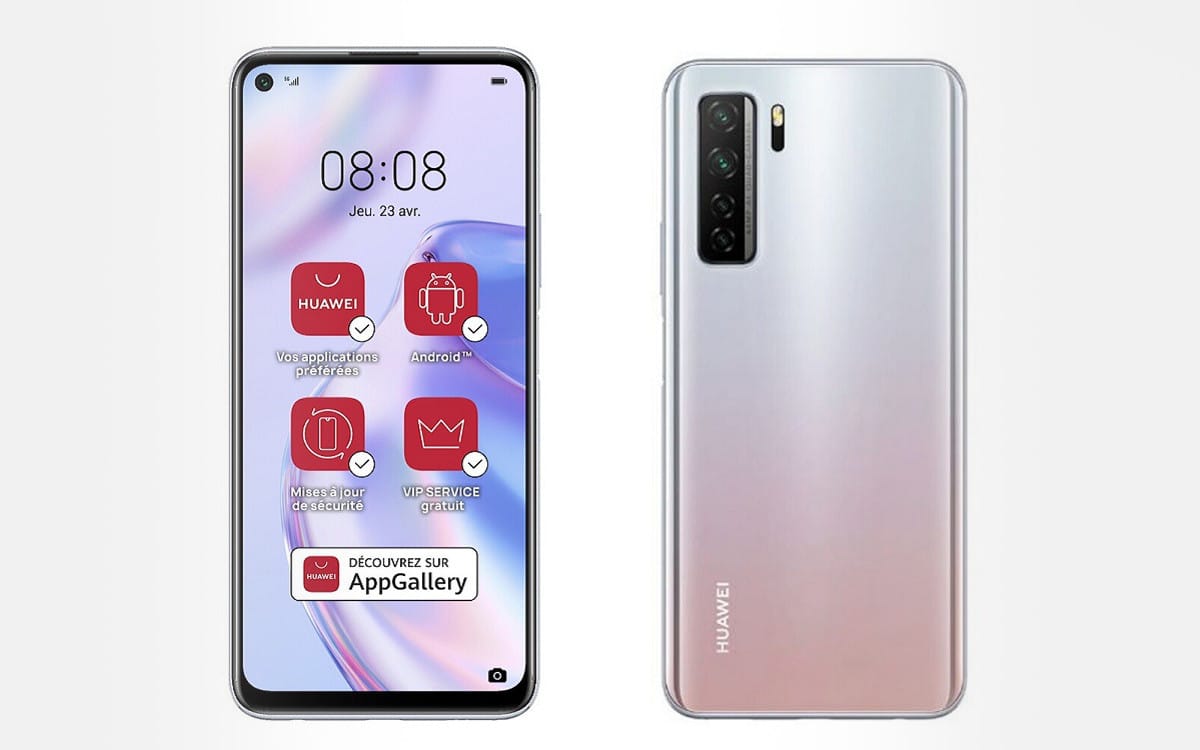 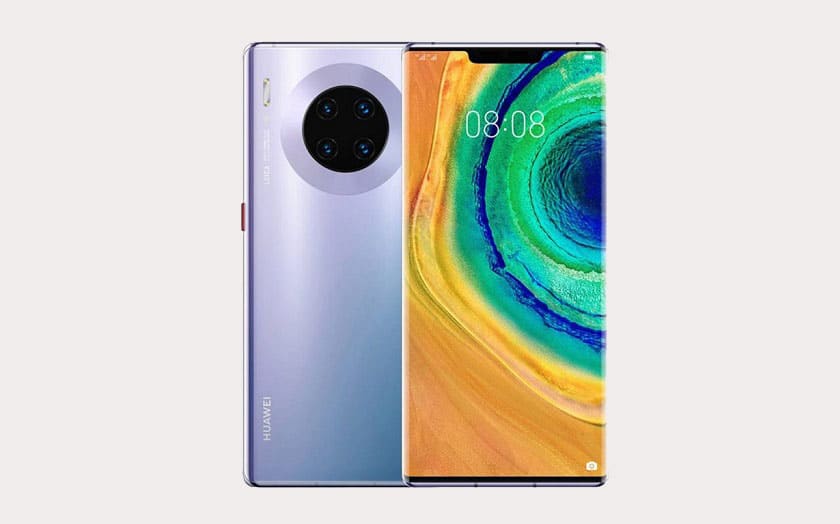 It has all of the ultra premium smartphone and is arguably the best Android high end on paper right now. The Huawei Mate 30 Pro sports a clean design that remains true to the philosophy of the range. It includes a cascading screen strongly curved at the edges with minimalist borders. The AMOLED technology screen is 6.53 ″ diagonal in definition 2400 x 1176 pixels.

For the photo part, it has four rear sensors: two 40 Mpx (ultra wide-angle and wide-angle), an 8 Mpx telephoto lens and finally a TOF module for depth of field. Inside is a HiSilison Kirin 990 5G compatible SoC. Finally, its battery has a capacity of 4500 mAH and the smartphone supports fast charging of 40W for the wired part and 27W for wireless charging.

It runs under the Android Open Source Project (AOSP) and therefore does not ship with Google apps and services. If you still want to buy it, there is a trick to installing Google applications on the Huawei Mate 30 Pro. Follow the link to learn all about it. 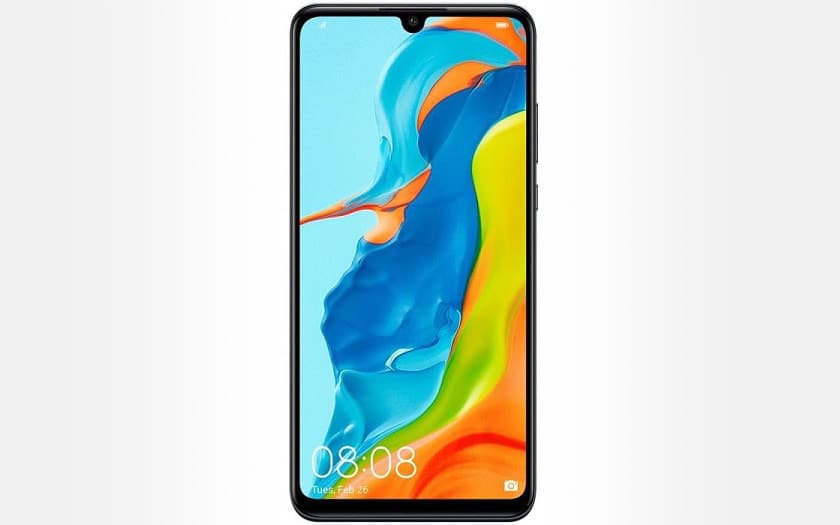 The P30 Lite is the little brother of the P30 and offers a technical sheet revised slightly downwards. However, it remains an excellent smartphone with in particular a main camera with triple sensors developed in partnership with Leica. Its detailed technical sheet: 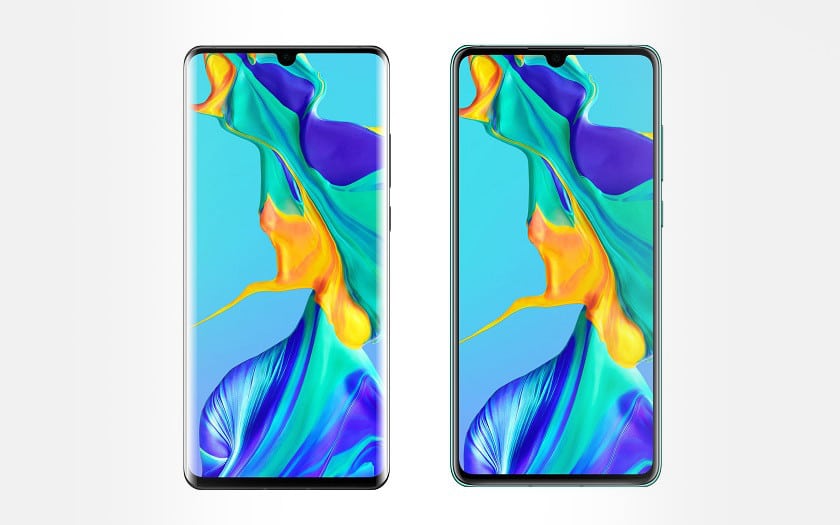 The Huawei P30 Pro offers a 4200 mAh battery which according to Huawei gives it an autonomy of more than two days. Both smartphones incorporate the Soc Kirin 980, 8 GB of RAM and comes in 128 GB or 256 GB for internal memory. It represents the very high end at Huawei and is placed as the direct competitor of the Samsung Galaxy S10. The Huawei P30 Pro has a 6.47-inch OLED screen displaying 2440 x 1080 pixels.

Both smartphones run Android 9 Pie and the EMUI 9.1 house overlay. They are equipped with an under-screen fingerprint reader, just like on the Mate 20 Pro. They are resistant to water and dust: the P30 Pro is IP68 certified while the P30 is content with IP53 compliance. Note also the presence of a USB-C port as well as Bluetooth 5.0 compatibility.

Must see: the best deals to buy the Huawei P30 and P30 Pro at the cheapest price 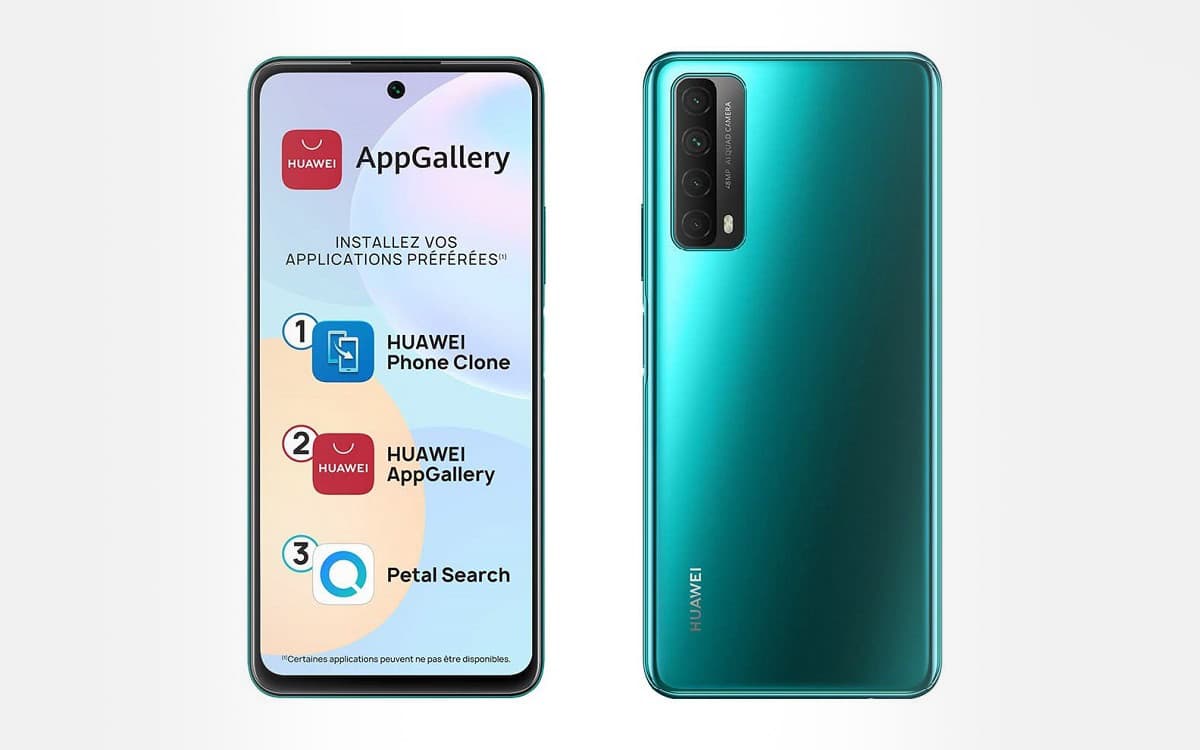 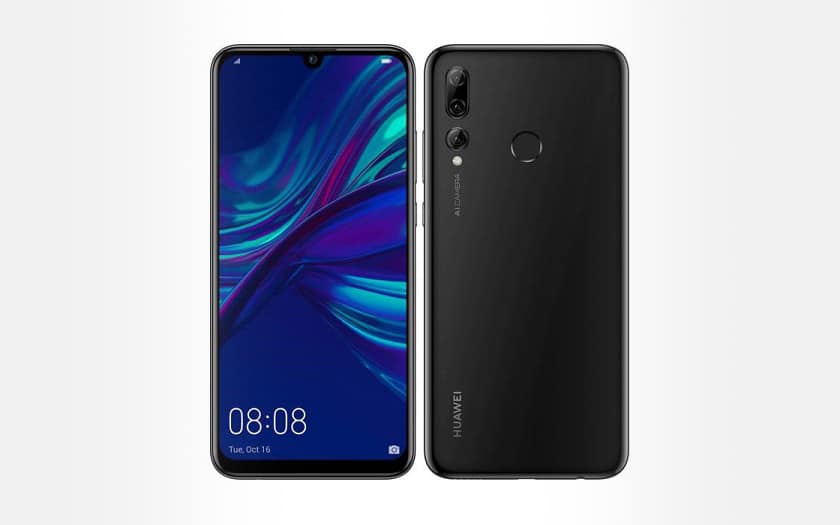 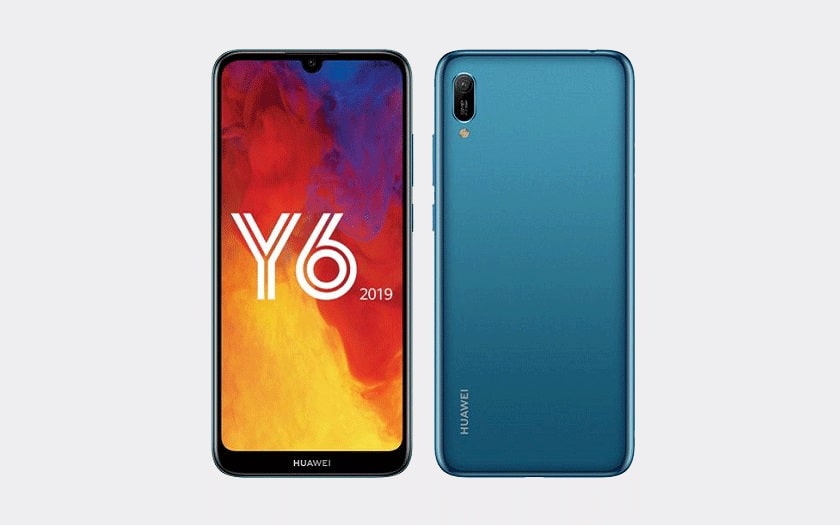 The Huawei Y6 20109 is the most affordable smartphone of this selection and which will delight small budgets. The design remains classic and is far from filthy for a mobile in this price range. Android 9 Pie is in the game, nor is it outdated on the software side.

Otherwise, there is a 6-inch LCD screen with a small 720p definition. This draws little on the 3020 mAh battery offering good autonomy to the smartphone. On the performance side, there is a SoC MT6761 Helio A22 supported by 2 GB of RAM, it is better to forget the multitasking. Only 32 GB of storage space is available, but an SD port is there to overcome this problem. For the photo part, it has a unique 13 MP sensor on the back and an 8 MP selfie camera. A phone for users who don’t ask too much.

🤔Who is the manufacturer Huawei?

Six letters, one name: Huawei. The original Chinese telecommunications giant has embarked on the crazy smartphone adventure. And the brand is ambitious. In five years, she wanted to become one of the world’s top 3 smartphone vendors, the goal has been reached. Better, Huawei is world number 2 ahead of Apple since 2018 and is getting closer to Samsung, which is losing market share. With perhaps chances to overtake it in 2020.

To achieve its goal, Huawei does not hesitate to multiply the models, in different ranges. If you are looking to buy a new smartphone, media, sales advisers, specialists have probably already advised you on Huawei smartphones.

📱Why buy a Huawei smartphone?

Huawei offers a multitude of smartphones with excellent value for money. Yes you attach importance to the photo part, know that for several years the manufacturer has entered into a partnership with Leica, renowned German manufacturer of cameras and optics. In addition, the EMUI home interface is still one of the most pleasant overlays to use in 2020. But this year, the manufacturer is being held back by the American embargo that targets it. For this reason, its new Android smartphones are deprived of Google services and the Play Store in particular, but there is in some cases a way to get around this restriction.

Regarding the technical characteristics of Huawei devices, they compete with what Apple or Samsung offer. The components used in particular in terms of processors make it possible to easily perform several tasks at the same time and even to play games requiring significant GPU / CPU resources.

If you are looking for a smartphone with excellent autonomy, know that Huawei is one of the best students at this level with devices allowing to easily reach a day and a half in intensive use. For example, the P30 Pro is compatible with the Qi standard of induction charging and has reverse charging in order to provide some energy to a device in distress (headphones, smartwatch or in a pinch smartphone).

👍Our reviews of the best Huawei smartphones

Among the best Huawei smartphones that we have had the opportunity to test, we find the flagship of the Chinese manufacturer, namely the Huawei P40 Pro, the gifted in photography which obtained the rating of 4.5 / 5. Those with a tighter budget can turn to the excellent Huawei P Smart Plus 2019 which for less than 300 € offers an elegant design, an efficient triple photo sensor and a superb IPS LCD screen, one of the best market in this price segment.