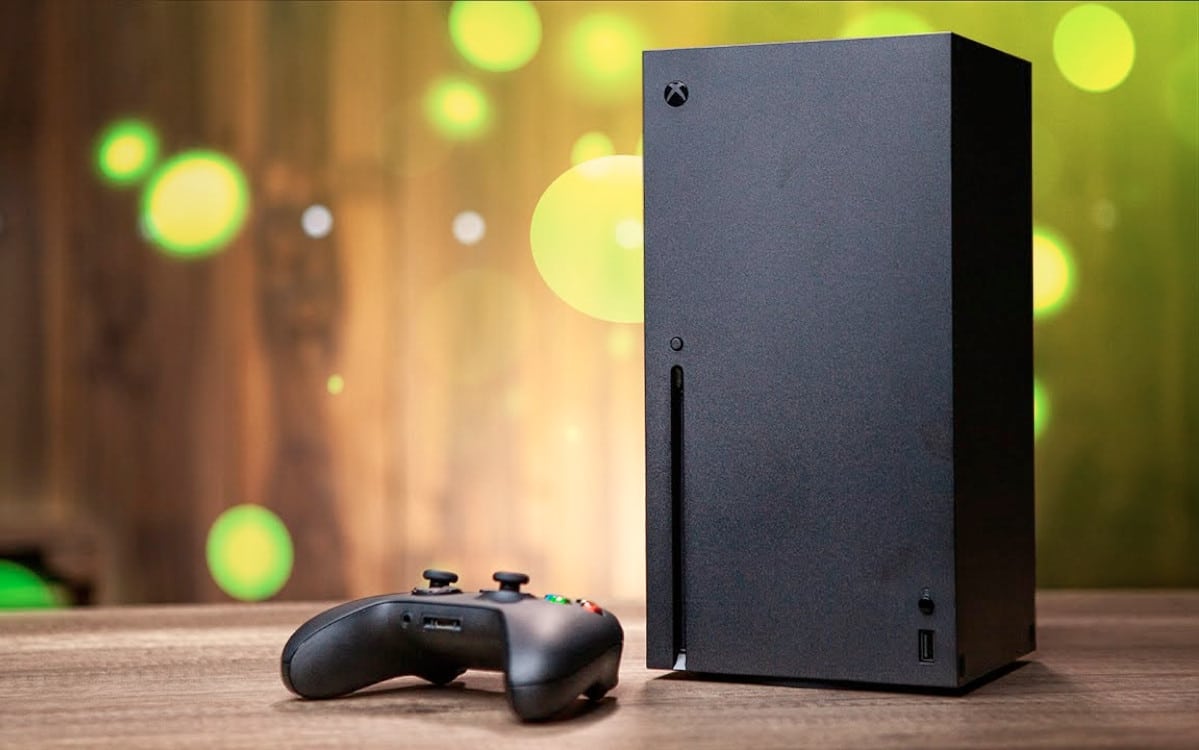 Do you have an Xbox One or an Xbox 360? And are you planning on getting an Xbox Series X (or Xbox Series S)? You have certainly made the right choice. Because, Microsoft has equipped its new pair of consoles with the necessary technologies to take you to a new generation of video game entertainment without confusing you. And here is precisely a file to facilitate this transition as much as possible.

This week, the Xbox Series X and Xbox Series S finally release, after nearly two months of pre-order. These two new consoles, one of which has been fully reviewed in our columns, offer a next-generation gaming experience, even for those who have purchased an Xbox One X or PlayStation 4 Pro. And even more so if you still play on one of the consoles that came before them, the PlayStation 3 and Xbox 360.

Among the great novelties of the Xbox Series X, you naturally find support for games in 4K at 60 frames per second, the management of Ray-Tracing (this new display technology which makes it possible to generate particularly realistic dynamic reflections) or the integration of volumes of SSD storage for particularly short loading times. Of course.

Step 1: plug in the console

To plug in the Xbox Series X or Xbox Series S, there are only two main steps: plug in the power cord and the HDMI cable. That’s all. With this, you can already start using the console.

If you have an Xbox One (One, One S, or One X), you have the option to reuse the cables from your old console. Indeed, connectivity is identical in every way. Like the One, the Series X / S integrate electrical transformers into their chassis (a big difference with the Xbox 360). In addition, they only rely on a standardized connection for the audio / video signal: HDMI. 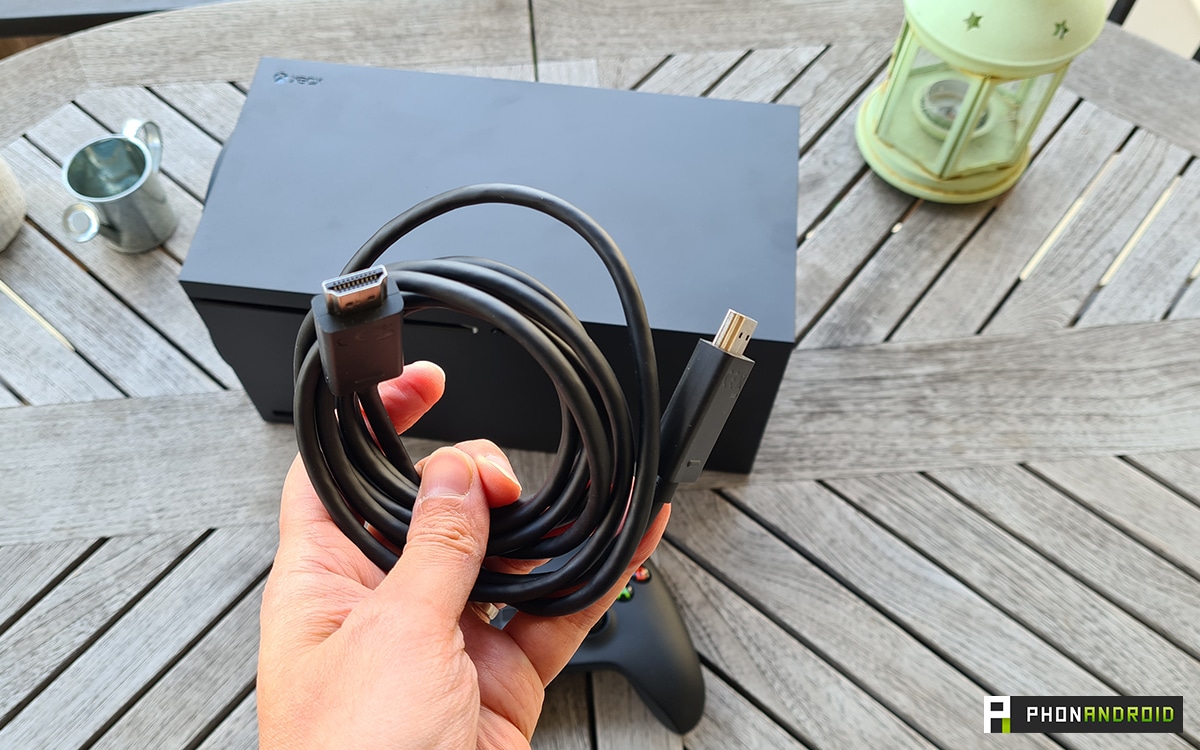 If you have an Xbox 360 Slim, you may already have been using an HDMI output to connect the console to your television. If this is not the case, you will therefore have to change the connection. Either way, that’s going to be a huge change, as you’re going to go from 480p to 4K definition (if your screen allows it).

There is an additional, completely subsidiary step in installing the Xbox that should not be overlooked: Ethernet cable. Microsoft does not provide this cable with the Xbox Series X. But, if you have the option to connect the Xbox Series X with an Ethernet cable, you will not only gain speed in downloading games, but also stability for online games. . In addition, you also free up bandwidth on your WiFi network, which is not negligible either. 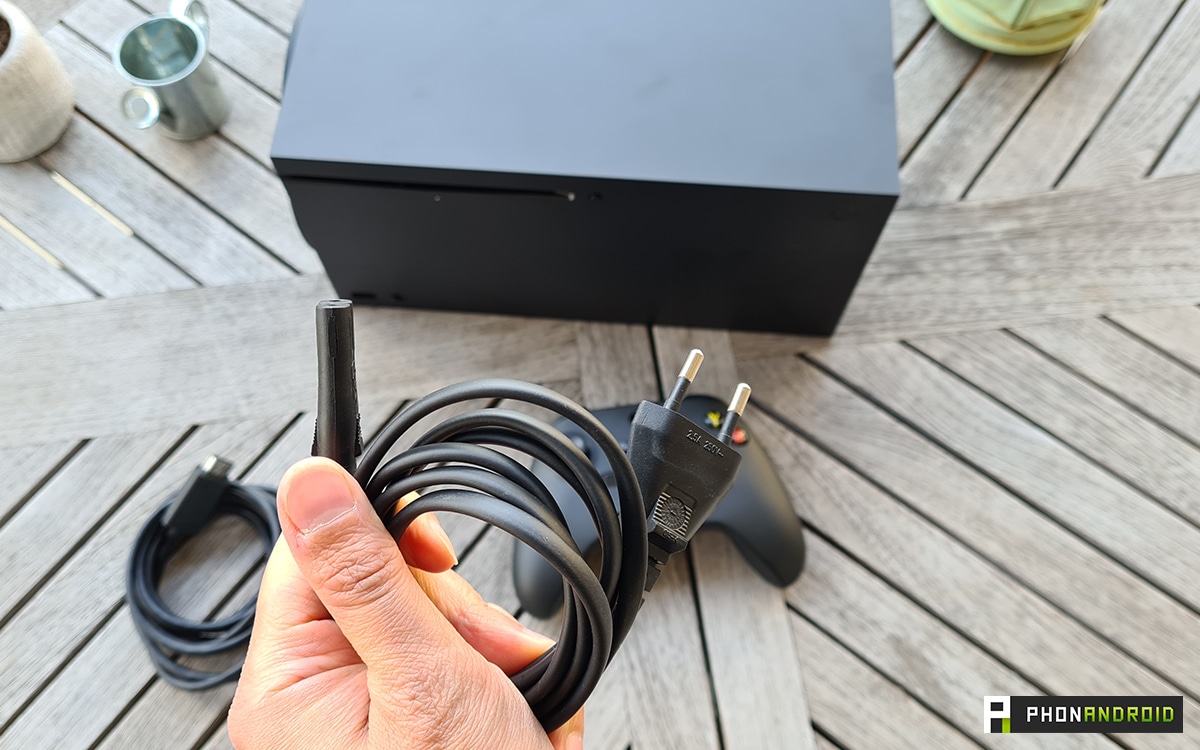 With the new standard HDMI 2.1, you no longer need an optical audio connection. All the necessary information is now passed through the HDMI cable, even for complex audio systems. It is for this reason that the Xbox Series X and Xbox Series S do not have optical audio output.

Step 2: Configure the network and gamertag

The second step is just as simple. This is to configure your Xbox Series X and upload your personal information … the famous Gamertag ! Note that the first time you turn on your console, the controller supplied with it is directly paired. No need to configure it.

The first step in setting up Xbox Series X is networking. If you opted in the previous step for a wired (Ethernet) connection, the console will see it right away. It will obtain a local network address from the DHCP of your Internet Box and will connect to Xbox Live.

Once logged in, the console will ask you if you already have an account. Since this is a migration, we’ll assume it does. Enter your username and password for the console to retrieve all the information about your account: Gamertag, Xbox Live status, achievements, reputations, friend list, player image, etc.

If you’re from an Xbox One, all settings are already compatible with your new console. If you’re coming from an Xbox 360, a few small tweaks are needed. The player image is no longer in the correct format. You will therefore have to choose another one. Then the new avatar creation tool is not compatible with your old avatar. You will therefore have to change it as well. Also, don’t expect to claim your avatar rewards from in-games.

Note that it is also possible to set up your console using the Xbox app available on the Play Store (a process similar to setting up an Android TV device using an Android smartphone). With this app, connected to your Xbox Live account, you can purchase games, start remote downloads, and even play remotely (streaming). It is a very good application, very useful and very comprehensive. 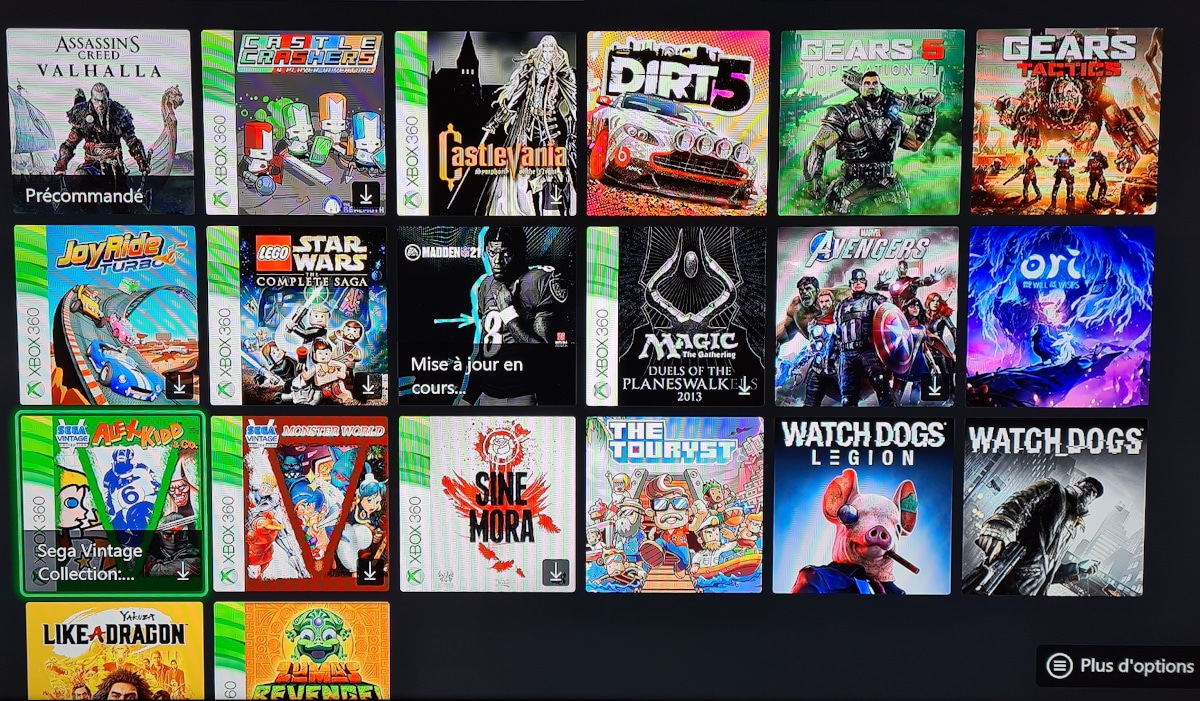 The third step is certainly the one that will take you the most time: choosing the games and, possibly, downloading them. As we saw in the Xbox Series X review, virtually all games on the Xbox One are compatible with the Xbox Series X / S. Several hundred Xbox 360 games are also compatible (the rare exceptions have usually received a remake, which is supported by backward compatibility), as well as a few dozen classic Xbox games.

For games from previous generations of consoles, there is no choice: a full download is requiredeven if you have the game disc. When you insert the game disc, the console recognizes the title, then offers you to download an update that, coincidentally, is the size of the entire game. This is the optimized version for the Xbox One, the original version will never be installed on the console hard drive.

Finally, on the Xbox Live Indie side, no independent title released on Xbox 360 is compatible with the Xbox Series X. They were not already with the Xbox One. So that’s quite logical. 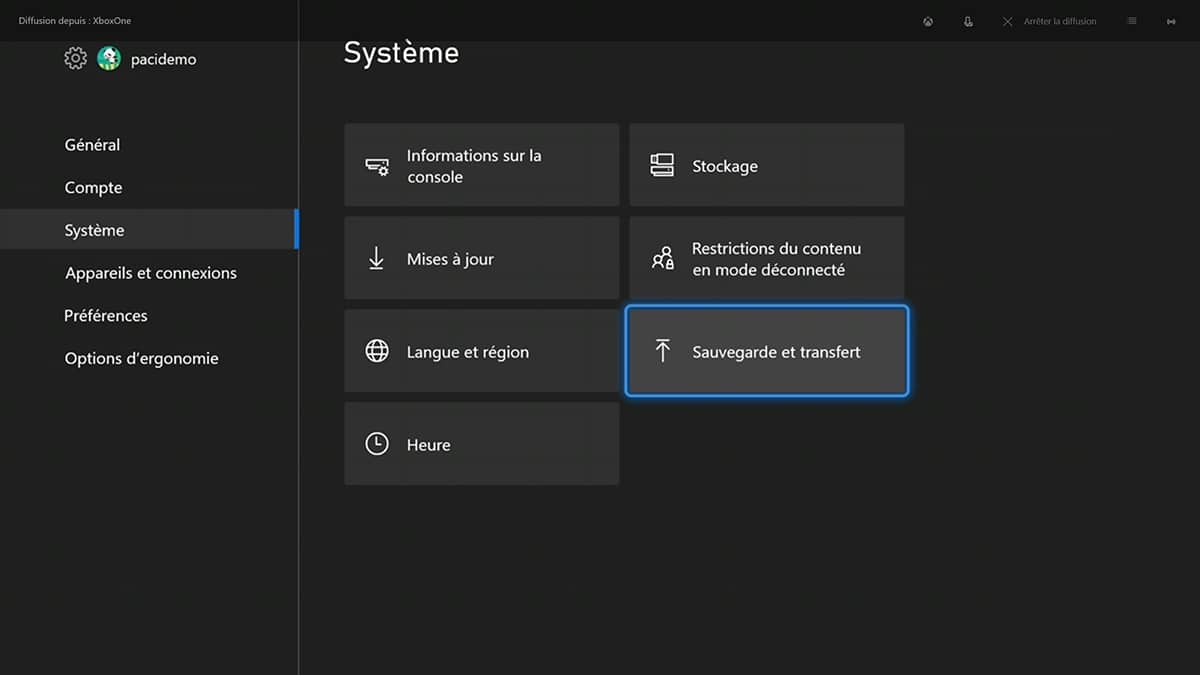 The repatriation of backups can be excessively simple as well as rather complex. It all depends on your Xbox Live status (Silver or Gold?) And on the console from which you want to retrieve your backups.

First scenario: you switch from the Xbox One (One / One S / One X) to an Xbox Series X / S. You have three ways to transfer your backups: 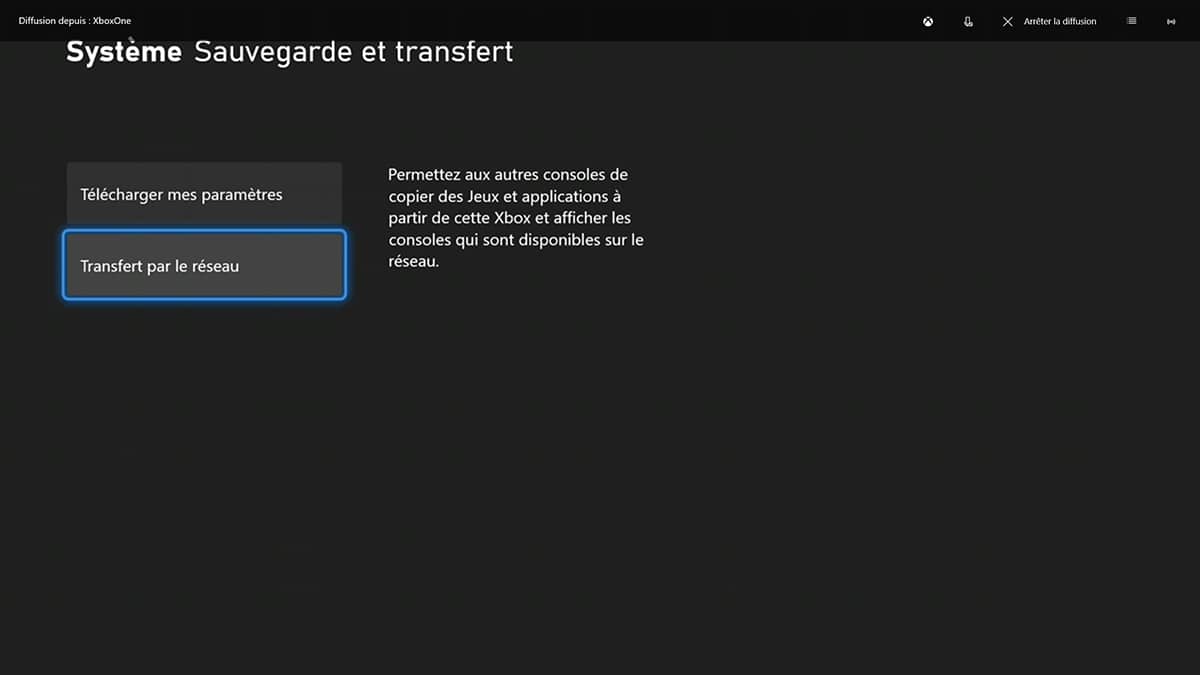 Second scenario: you switch from Xbox 360 to Xbox Series X / S. It is not possible to connect a common storage medium to both consoles. Indeed, the Xbox 360 takes advantage of a special file system. If you want to copy games, applications or games to this medium, you must perform specific formatting of the storage media, whether internal or USB. 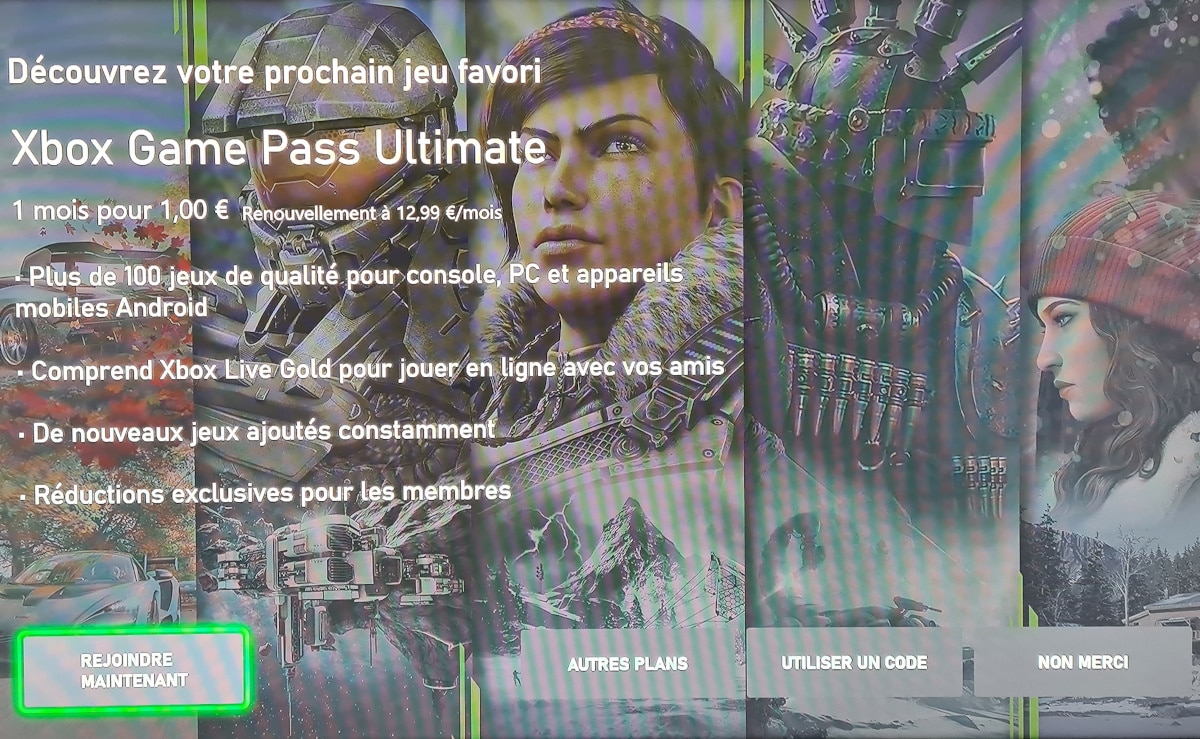 And, of course, this formatting is not compatible with the Xbox Series X / S. The only solution is therefore to save your games to the cloud with Xbox Live. To do this, here is the procedure to follow: 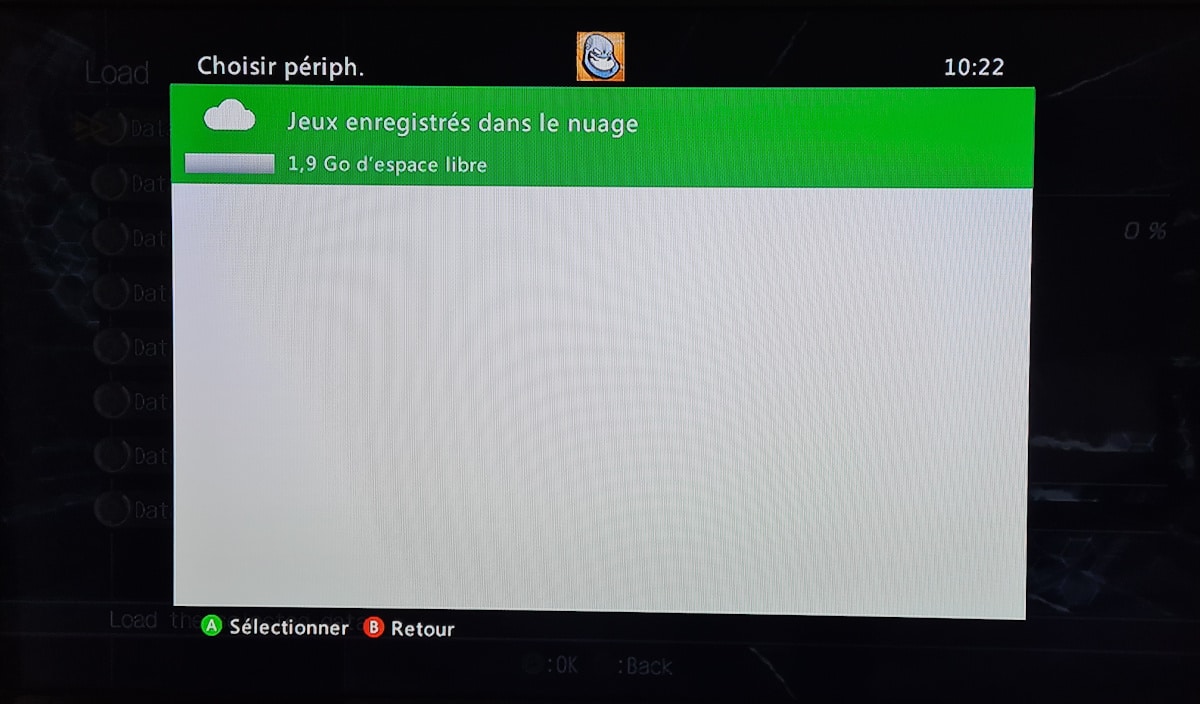 So that’s all there is to know about migrating from an Xbox 360 or One to an Xbox Series S / X. We hope you find this file useful and answer your questions. If you have any difficulty, post a question in the comments and we’ll try to answer it as accurately as possible. Note that we have also published a similar tutorial for future owners of a PlayStation 5 who will want to transfer their saves from their PlayStation 4.