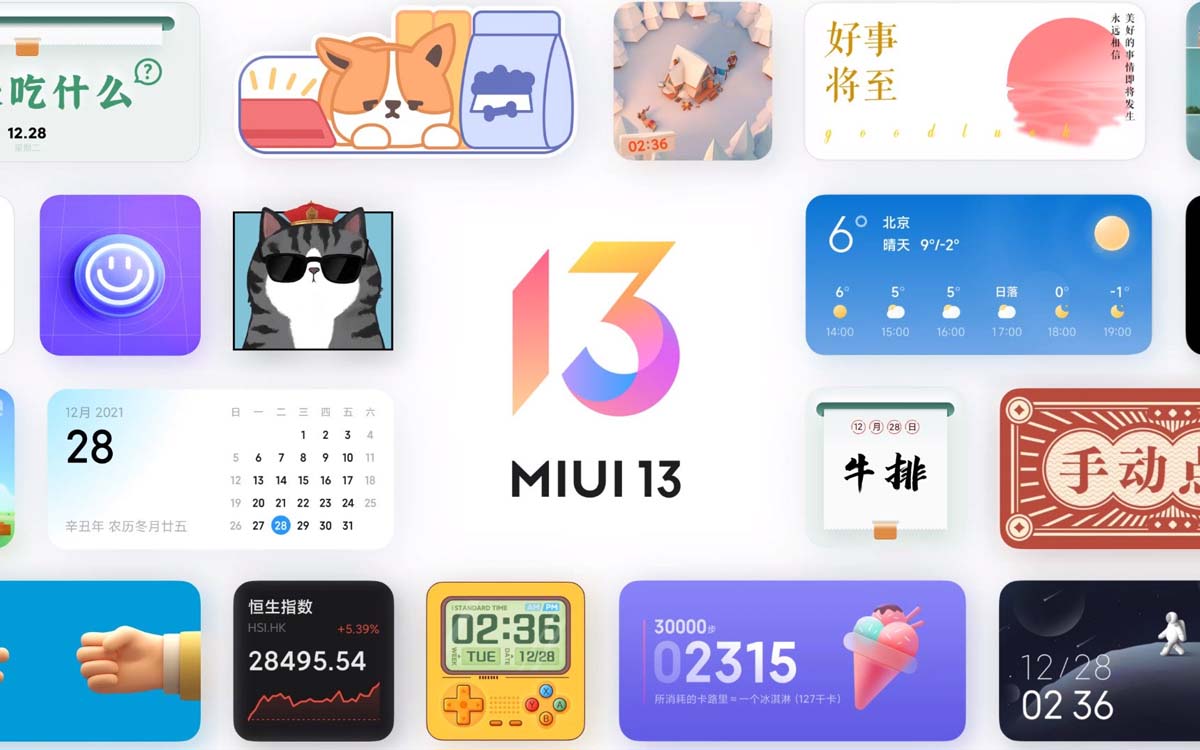 Xiaomi unveiled at the end of December a new version of its MIUI 13 home overlay for its smartphones and tablets, and it is already possible to try the update on your Xiaomi devices thanks to the arrival of the first personalized ROMs. .

On the occasion of the launch of the Xiaomi 12, 12 Pro and 12X on December 28, 2021, Xiaomi lifted the veil on MIUI 13, the new version of its overlay for smartphones and tablets. This update succeeds MIUI 12.5 and promises to be faster, smoother and above all more flexible, since it now adapts much better to tablets.

Among the novelties on MIUI 13, we can notably mention new personalization elements around widgets, a better protection of personal data, and facial recognition now scans your entire upper body rather than just taking your face. MIUI 13 especially brings all the new features of Android 12 to Xiaomi smartphones, and promises to make them more durable over time (less loss of efficiency over the months, up to only 5% over 36 months).

Xiaomi would also have optimized its system applications, since these would be between 20% and 26% smoother than on MIUI 12.5 Enhanced Edition. Third-party applications have not been forgotten, and these promise 15% to 52% higher performance.

How to try MIUI 13 on your Xiaomi smartphone?

For now, the MIUI 13 update is only officially available in China, but the first Custom ROMs from xiaomi.eu are already available for some smartphones. As a reminder, this is not European ROMs, but Chinese ROMs suitable for international audience. Some translations into English or French could therefore be missing. This custom Chinese ROM you will install Google services as well as the Play Store on your device, and you can even uninstall all Chinese apps from your phone.

Like all custom ROMs, the installation procedure may not be easy for everyone, and it is not recommended on your primary phone. If you still want to try MIUI 13, you will first need to unlock the bootloader from your smartphone and installer TWRP, the custom recovery tool. The procedure will erase all data on your device, so it is recommended to take a backup.

Which smartphones are eligible for the MIUI 13 update?

here is the list of smartphones that are currently eligible for the MIUI 13 personalized update and the various download links for MIUI 13 versions. These are stable versions, not versions from the MIUI 13 beta program.

For the moment, we don’t know exactly when MIUI 13 will be officially available in France. We imagine that the update will arrive at the same time as the Xiaomi 12 and 12 Pro in the coming weeks, and that it will be available immediately on certain devices such as the Xiaomi Mi 11 and Xiaomi 11 Ultra.

As a reminder, the new high-end smartphones from Xiaomi should arrive in France in February or March 2022, it will therefore be necessary to be patient before being able to officially download MIUI 13. Xiaomi has also already unveiled the list of devices that will be compatible with the update, but other smartphones should be eligible by the end of the year, including almost all smartphones that are less than 2 years old.