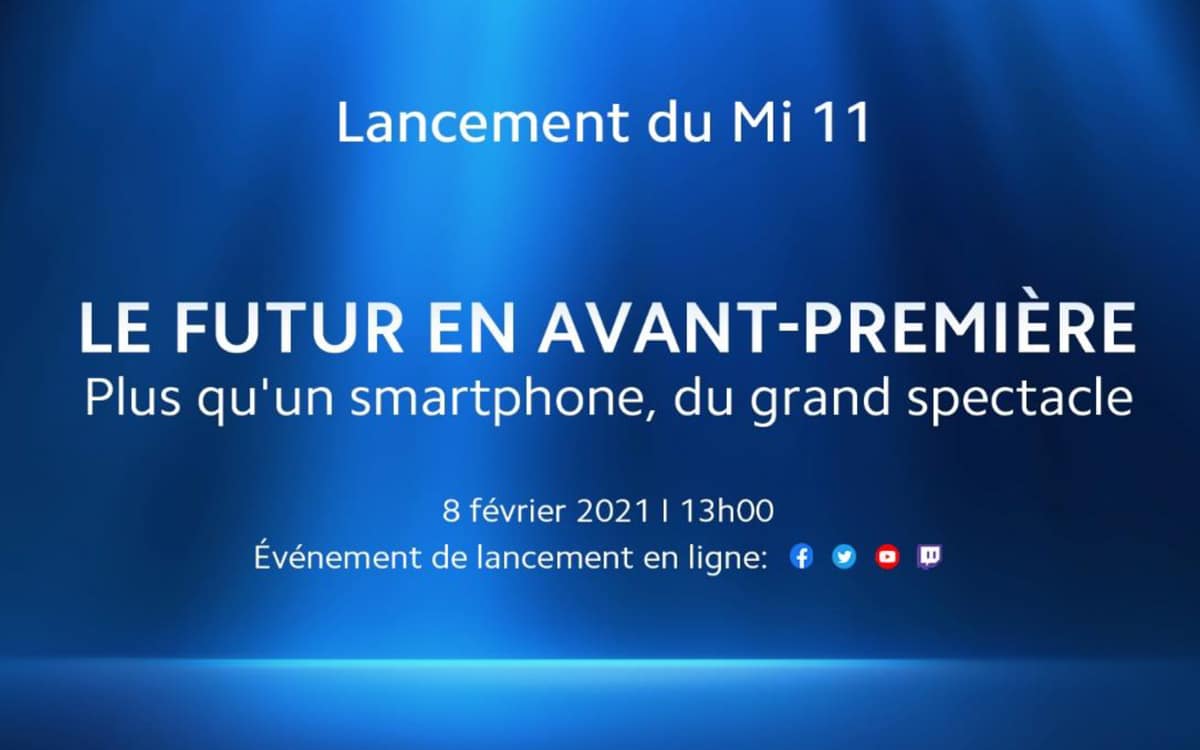 Xiaomi is preparing to launch the Mi 11 in France. During a conference broadcast live on Monday, February 8, 2021, the Chinese brand should also announce two new versions of its new flagship smartphone, the Mi 11 Pro and Mi 11 Lite. In the process, Xiaomi would also present a new 4K TV and an electric scooter designed with Mercedes-AMG Petronas F1. We explain how to follow the conference online below.

On December 28, Xiaomi announced the arrival of the Mi 11 in the Chinese market during a conference. The smartphone is notably equipped with a Snapdragon 888 SoC, a 120 Hz OLED screen with 2K definition, a 4600 mAh battery with 55W fast charging and a triple 108 megapixel photo sensor. Except surprise, the international version which will be sold in Europe will be identical to the variant marketed in China. It is therefore the first smartphone with Snapdragon 888 to arrive on the European market.

As confirmed by the brand, Xiaomi will announce the release of the Mi 11 in Europe during an online conference this Monday February 8, 2021 at 1 p.m. The firm will unveil the price and date of availability of the terminal in Europe, and in particular in France. The latest leaks are counting on a starting price of 799 euros on the old continent. Not surprisingly, the Chinese firm must be satisfied with a presentation exclusively online, pandemic requires. The live stream will be broadcast on YouTube (see video below), Facebook, Twitch, and Twitter.

When and how to follow the Xiaomi conference on Monday February 8, 2021?

What to expect from Xiaomi’s conference?

In addition to the standard Mi 11, Xiaomi should also unveil two other versions of the smartphone: a Mi 11 Pro and a Mi 11 Lite. According to the leaks, the Pro edition will stand out thanks to a fast 120W wired charging, a 120x digital zoom and a 5000 mAh battery. Given the prices displayed by the brand for a few months, we can expect the price of the Mi 11 Pro in Europe to approach 1000 euros.

For its part, the Mi 11 Lite promises to be a more affordable, but less powerful, version of the smartphone. This variant would ship a 6.81 ″ QHD + 120 Hz screen, a mid-range Snapdragon 755G processor, a 64 MP sensor, 33W fast charging technology, a 4150 mAh battery as well as a 5x periscope zoom. For now, we still do not know anything about its price. 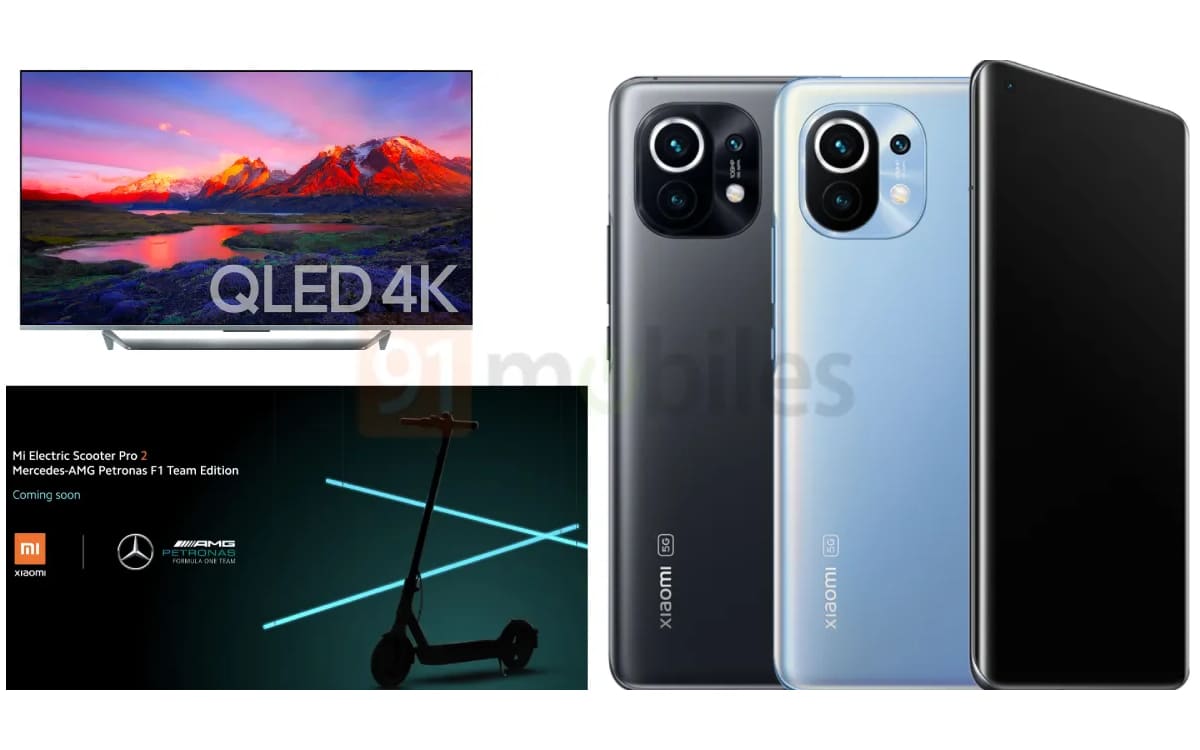 That’s not all. According to the latest rumors relayed by 91Mobiles, Xiaomi would also take advantage of the conference to lift the veil on a 4K TV, the Mi QLED 4K. According to the leaks, this is a Mi TV 5 Pro TV built around a 75-inch 4K display. It does well thanks to its ultra-thin 5.9 mm bezels (a screen ratio of 97%), HDR10 + compatibility, two 8W stereo speakers and an Amlogic chipset coupled with 4 GB of RAM and 64 GB of internal storage. Xiaomi integrates Google’s voice assistant to allow users to control the TV by voice. The European television rate would be around 12,000 euros.

Finally, Xiaomi would punctuate the conference on February 8, 2021 with the announcement of a new electric scooter, the Mercedes-AMG Petronas F1 Team Edition. As its name suggests, this scooter was developed with the participation of Mercedes-AMG Petronas F1, a famous Formula 1 team. However, the scooter takes the aesthetic codes of other successful scooters of the Chinese brand. Xiaomi is also relying on a foldable design that allows users to easily carry the scooter, in a bag or under the arm. On the performance side, it promises to climb to 25 km / h thanks to a 300 W motor and to offer a maximum range of 45 km with a single charge. The autonomy is entrusted to a battery of 12,400 mAh, offering a full charge in 8-9 hours, note 91 Mobiles. It will be sold between 700 and 800 euros.

Appointment is therefore taken at 1:00 p.m. sharp here to follow with us the Xiaomi conference dedicated to the Mi 11. In the meantime, do not hesitate to leave a small comment below to tell us what you expect from this conference.