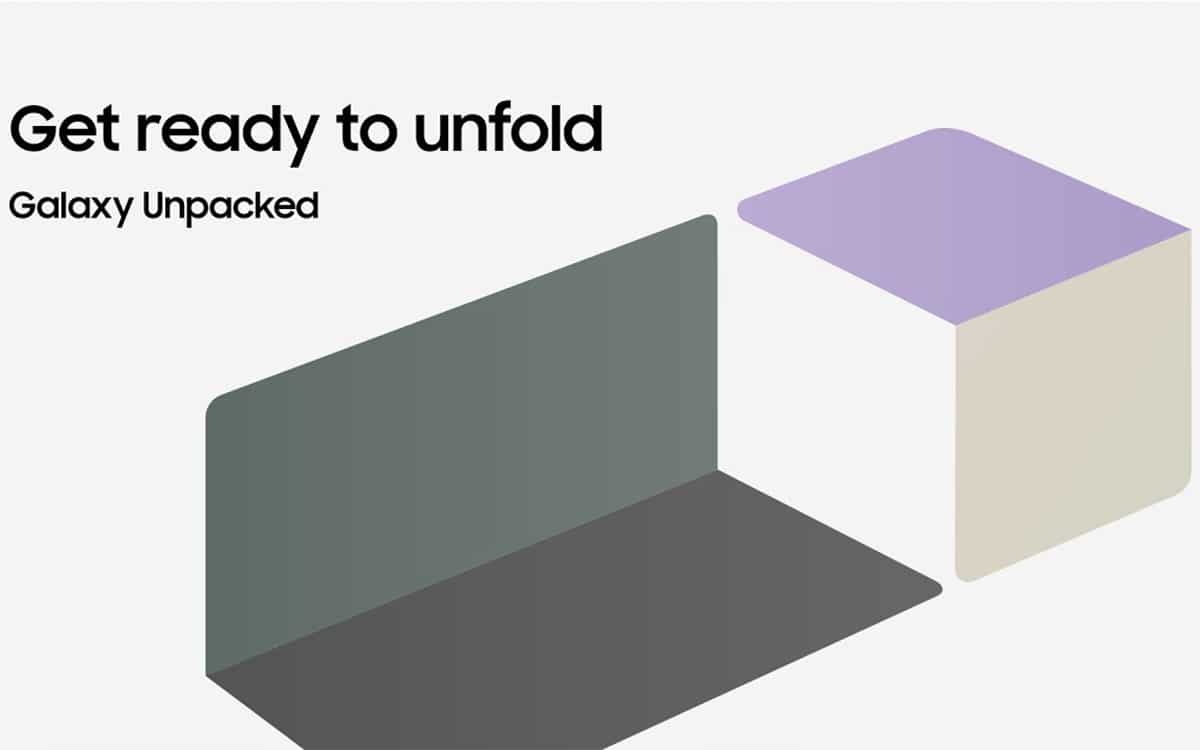 Samsung is organizing its traditional Galaxy Unpacked conference this Wednesday August 11, 2021. This year, the presentation is not dedicated to a new Galaxy Note. The Seoul giant will instead unveil two new foldable smartphones: the Galaxy Z Fold 3 and the Galaxy Z Flip 3. Accessories, such as the Galaxy Watch 4 and the Galaxy Buds 2, will also make a noticeable appearance.

Instead of a new phablet with stylus, Samsung will renew its catalog of foldable smartphones. As expected, the firm wishes to capitalize on the advance taken over other manufacturers in the field of foldable telephones. It is also rumored that the shortage of computer chips, which has hit the entire industry since the health crisis, has precipitated the abandonment of the Note range. For now, it is unclear whether Samsung plans to resurrect the range at a later date.

WHEN AND HOW TO TAKE THE SAMSUNG UNPACKED CONFERENCE?

WHAT TO EXPECT FROM SAMSUNG’S UNPACKED PRESENTATION?

Samsung will first unveil a new foldable smartphone convertible into a tablet: the Galaxy Z Fold 3. The foldable smartphone is similar to the Galaxy Z Fold 2, its predecessor. However, it stands out thanks to a more spacious secondary screen, a front camera hidden under the panel (a first for Samsung) and the presence of the S-Pen stylus, the flagship accessory of the Galaxy Note range. The latest news is that the Z Fold 3 will be cheaper than the Z Fold 2.

The second star of the conference is none other than the Galaxy Z Flip 3, a new foldable clamshell smartphone. Very similar to its predecessor, it does well thanks to a more spacious secondary screen, a more solid chassis and a front camera hidden under the main screen. Note that both foldable smartphones should be waterproof. This is a first for a phone built around a screen that folds. Here again, the price promises to be reduced compared to the previous generation. Samsung is looking to attract a wide range of consumers.

Samsung should take advantage of the Unpacked conference to announce a handful of accessories. First of all, the South Korean giant will announce a new generation of connected watches: the Galaxy Watch 4. Available in two models, the watches run under One UI Watch, a new operating system dedicated to connected watches based on Wear. BONE. Moreover, they would embed an integrated GPS, a body composition analysis tool and blood oxygen, heart rate and sleep monitors.

Finally, Samsung will punctuate the event with a new pair of True Wireless headphones, the Galaxy Buds 2. Less upscale than the Galaxy Buds Pro launched at the beginning of the year, the Buds 2 should sign the arrival of an active noise reduction technology on the brand’s affordable headphones. We expect to find new controls accessible via the touch surface. On the design side, Samsung has abandoned the bean-shaped look for a more classic appearance, with silicone tips to slip into the ear.

At the Unpacked conference, the brand from South Korea will reveal the complete price list for its new products as well as the release date in stores. We will obviously relay this information to the site as soon as possible.

The Unpacked conference was pre-recorded in studios due to health restrictions against Covid-19. An appointment is therefore made at 4:00 p.m. sharp here to follow the Samsung conference with us. The entire Phonandroid editorial team will mobilize to provide you with all the information concerning Samsung’s foldables. In the meantime, feel free to leave a quick comment below to let us know what you expect from this Samsung-signed summer conference.