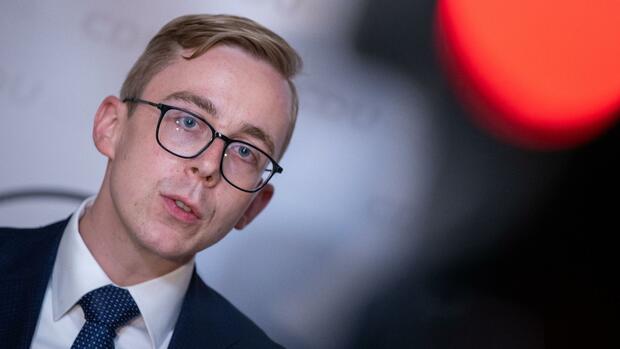 Berlin Philipp Amthor has maneuvered himself into the political offside. The young CDU politician is said to have campaigned for the American start-up “Augustus Intelligence” with a letter to Minister of Economic Affairs Peter Altmaier (CDU) – for which he served as “Director” and for which he had stock options. Amthor has since admitted “mistakes”. President of the Bundestag Wolfgang Schäuble (CDU), however, emphasized that so far there has been no rule violation.

As a result of the controversial lobbying activity, a lobby register could now be introduced in Germany. “I can imagine that the Amthor case will now bring momentum to the matter,” said Wolfgang Jäckle, head of the Politics working group at Transparency Germany. “Mr. Amthor worked as a door opener.”

He had given the company “Augustus Intelligence” the opportunity to get in touch with the Ministry of Economy, probably to get funding. “It would hardly have been possible with a mandatory lobby register, because a start-up from New York would certainly not have been entered in the register,” explains Jäckle. So there could have been no official appointments.

An “Interests Act” – as Transparency Germany has long been calling for with the Federal Association of German Industry (BDI), the Association of the Chemical Industry (VCI) and the association “The Family Entrepreneurs” – provides for a mandatory register to be created, that covers all interest groups. Accordingly, it should also be recorded here which funds the organizations use and which financial contributions they receive from third parties in order to exert influence.

There has been a public association register in Germany since 1972. “But lobbying is different today,” says Jäckle from Transparency Germany. Associations still dealt with advocacy, but there was also direct lobbying from companies, consulting firms, law firms, think tanks, or public affairs agencies. “They don’t all appear in this association register,” explains Jäckle.

“The lawyers are a problem in themselves,” says Jäckle. They relied on the lawyer’s secret. But that has nothing to do with advocacy. “It cannot be that someone sends a lawyer forward, and there is no longer any transparency,” criticized Jäckle. “A solution must be found for this too.” There is nothing wrong with political advocacy. It is part of the democratic decision-making process – if it is transparent.

The view of Brussels is also worthwhile

A “Legislative Footprint” would therefore also be part of a law representing interests. It would show who was involved in which parts of the legislative process. Around 80 percent of all legislative initiatives come from the federal government, i.e. come from the ministries. Lobbyism begins as soon as the speakers are drafted.

A look at Brussels is also worthwhile for sensible rules on transparency: EU politics are crammed as a playground for discreet stakeholders. The rules of the European Parliament are now strict. Lobbyists must register in order to gain access to the buildings.

MEPs are required to publish meetings with stakeholders if they are directly involved in drafting legislation. Third party invitations must be reported to the parliament administration, especially if they have been paid for flights or hotel accommodation. Parliament and the Commission also want to start talking in autumn about creating an independent ethics authority that monitors the rules.

In Germany there is still great resistance to such requirements, says Green MEP Daniel Freund. For example, under pressure from the Union, a lobby register was deleted from the coalition agreement with the SPD at the last minute.

But the Causa Amthor is changing the mood – also in the Union. So CDU General Secretary Paul Ziemiak announced the introduction of a “reasonable” lobby register in this legislative period. The SPD claimed that it had always been for a lobby register.

More: The federal government is currently distributing record amounts of state money. Lobbyists from all industries are vying for it.