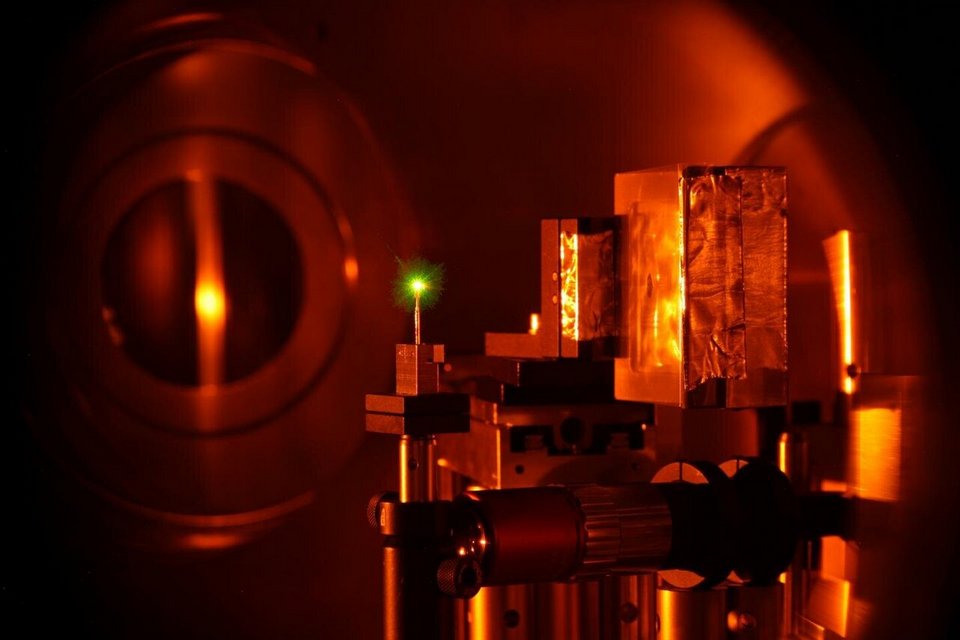 The job of this powerful and intense beam of light is to divide atomic nuclei so that researchers can analyze them, even for a trillionth of a second – the time it takes for the PHELIX emission to reach a very thin gold leaf, ejecting a trillion of protons of hydrogen nuclei attached to the metal, energizing them.

“Such a large number of protons in such a short period of time cannot be achieved with standard acceleration techniques. With this technology, completely new areas of research, hitherto inaccessible, can be opened”, explains physicist Pascal Boller, from the Center Pulsed Lasers of the University of Salamanca (CLPU).

The hydrogen protons collide with a block of uranium, inducing the fission of the nuclei – the particles generated by this collision, in turn, also generate the chain fission, which, according to the researchers, “many need to be identified and measured”.

(They even discovered unwanted effects on the impact of the laser: the generation of a powerful electromagnetic pulse and a flash of gamma rays. Even with the proper protections, these by-products of the operation “affect the sensitive measuring instruments used for this detection”) 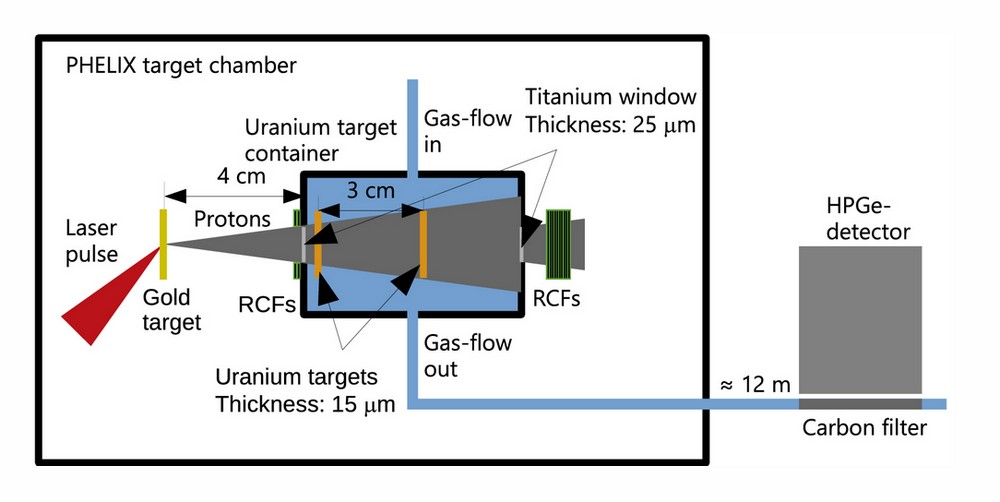 When the uranium chain reaction starts, a transport system carries the particles over long distances from the reaction area to the detector. The chamber where the laser is fired is filled, for the experiment, with a gas that takes the particles generated by nuclear fission through small plastic tubes to a measuring device, meters from where the laser explosion happened – generation and measurement they are two distinct operations, without one interfering with the other.

Uranium fission using PHELIX, which is at the GSI Helmholtz Center for Heavy Ion Research, generated isotopes of cesium, xenon and iodine. The results, published in the journal Nature Scientific Reports, can open new fields of research on the development of the stars and the dynamics of the Universe.

Cosmos in the laboratory

“For the first time, we were able to identify these isotopes reliably. This methodology for studying fission reactions in the matter of high-density plasma status can be applied under similar conditions, for example, in space within stars, in stellar explosions or even in fusions of neutron stars, “the statement said in a statement. scientific director of the GSI Helmholtz Center, physicist Paolo Giubellino.

For physicist Pascal Boller, “understanding the reaction processes of nuclei interacting with each other in plasma can give us insights into the origin of atomic nuclei, called nucleosynthesis, in our universe. The role of fission reactions in these processes has not yet been researched in detail. Here, laser-accelerated protons can provide new information. “

Other measurements are already on the agenda of the international research group, in addition to those planned for teams of research centers around the world – including in the future particle accelerator of the Facility for Antiproton and Ion Research (Facilities for Research with Antiprotons and Ions, or FAIR), whose motto is, appropriately, “The Universe in the laboratory”.